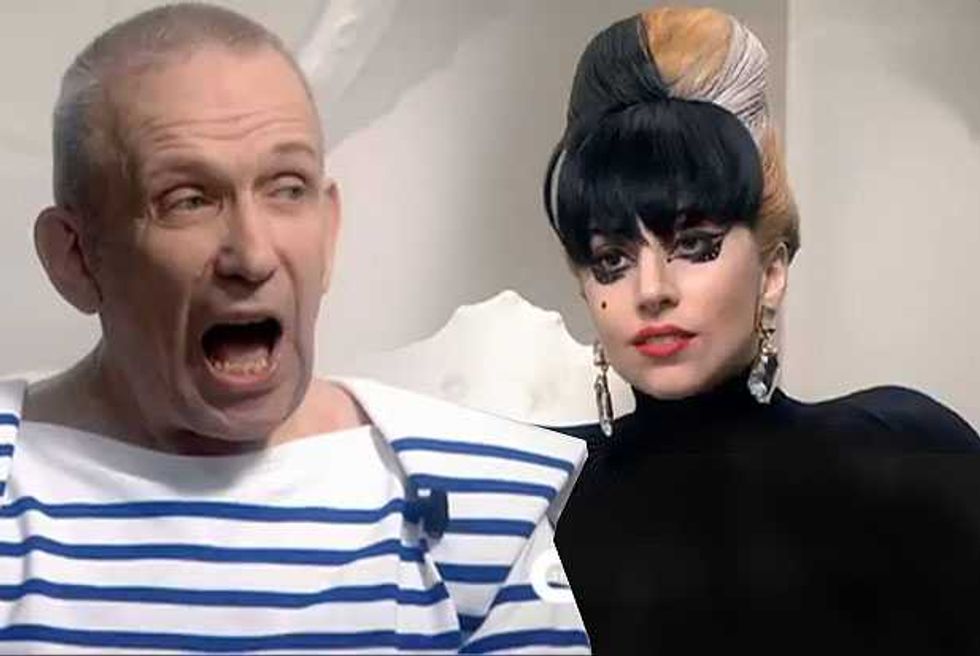 Lady Gaga is the subject of probing questions from legendary fashion designer Jean Paul Gaultier in the upcoming CW special Gaga By Gaultier, just in time for New York Fashion Week. While Gaultier is a living legend in the fashion world, Gaga is still looking to cement her status with each outlandish ensemble she wears and every highbrow fashion column she writes, which explains the overwhelming enthusiasm within every response. The interview, airing Monday September 12 at 8 p.m., captures the momentous sit down between the two Gs, who aside from their shared love of fashion, possess the same playful sensibility. We smell a reality show! Gaga assures the Frenchman that nothing is off limits, so naturally that means dressing up as priests and eating sandwiches for a photo shoot. Luckily everything about Gaultier is pure entertainment, from his thick French accent to this Gaga-fied sailor shirt. Maybe her arrival in the fashion world has come earlier than expected? The preview below s teases what will likely be the most shocking elements of the interview, including questions about Gaga's drug use and sexuality ("I like women, sexually"), but we'd almost rather just watch these two have tea together, followed by a little Parisian shopping spree.