Lemmy From Motörhead Dies After Short Battle With Cancer 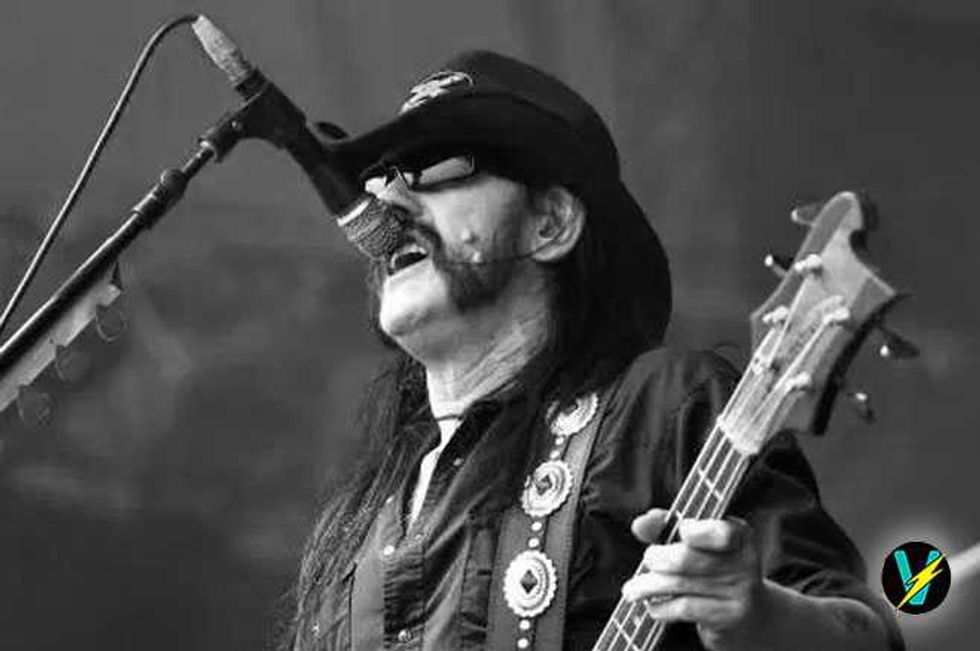 Rock legend Lemmy, the iconic frontman of Motörhead has died from cancer.

The singer celebrated his 70th birthday on Christmas Eve and got the diagnosis on December 26 that he had a particularly aggressive form of cancer—a statement was posted on the Motörhead Facebook page, that after a very short battle, he had passed away in the early hours of this morning.

British born Ian  "Lemmy" Kilmister was the founder member of Motörhead, forming the band in 1975 and has been the only constant member, as singer and bassist. He led a colorful rock 'n' roll life full of excess and will be forever synonymous with the classic 1980 single, Ace Of Spades. The statement read;

"There is no easy way to say this...our mighty, noble friend Lemmy passed away today after a short battle with an extremely aggressive cancer.  He had learned of the disease on 26 December, and was at home, sitting in front of his favourite [sic] video game from The Rainbow which had recently made it's way down the street, with his family.

We cannot begin to express our shock and sadness; there aren't words.

Have a drink or few. Share stories. Celebrate the LIFE this lovely, wonderful man celebrated so vibrantly himself, HE WOULD WANT EXACTLY THAT.

Born to lose, lived to win."

Tributes from other rock giants poured in;

Lost one of my best friends, Lemmy, today. He will be sadly missed. He was a warrior and a legend. I will see you on the other side.

Lemmy, you are one of the primary reasons this band exists. We're forever grateful for all of your inspiration. RIP pic.twitter.com/WC1csn5F5x

Check out this clip of their seminal track—if you were ever lucky enough to have seen them live they will undoubtedly still be one of the loudest bands you'll ever hear.