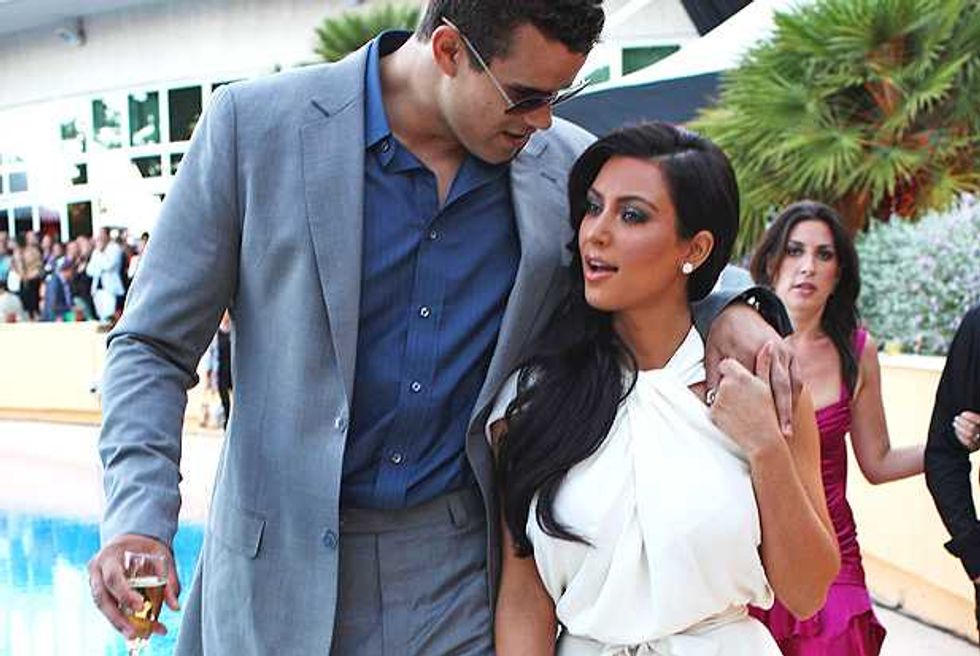 The universe is about to change. Beginning tomorrow, Kim Kardashian and her highly touted lower body will no longer be playing the field—but you can still catch her Sunday nights on E!—as Kris' daughter has finally found her K-named, professional athlete soulmate in the form of NBA player Kris Humphries. While her future husband has likely been groomed for a life of reality cameras and paychecks in the form of IHOP drive-bys, we wanted to properly commemorate Kim's last day as a single lady, and the death of the 21st century single girl all together. Join us as we remember Kardashian's musical past, the early 2011 single "Jam (Turn It Up)," an entirely as-mediocre-as-expected party song produced by The-Dream, whose sheer class lies within the parenthetical. We previously explained that Kim "sounds barely engaged with her own song"—and the wedding puns just keep on coming!—but marital bliss could add a layer of enthusiasm to her delivery, breathing new life into that stalled pop career altogether. That is, if Kim is tasteless enough to play her own song at her wedding. The family does continue to rewrite the book on modern day etiquette.

Somewhere, The-Dream is shaking his head for introducing this to the world, before going back to counting his stacks of Ryan Seacrest-logoed money.