Listen to 90 Seconds of a New One Direction Song, "Just Can't Let Her Go" 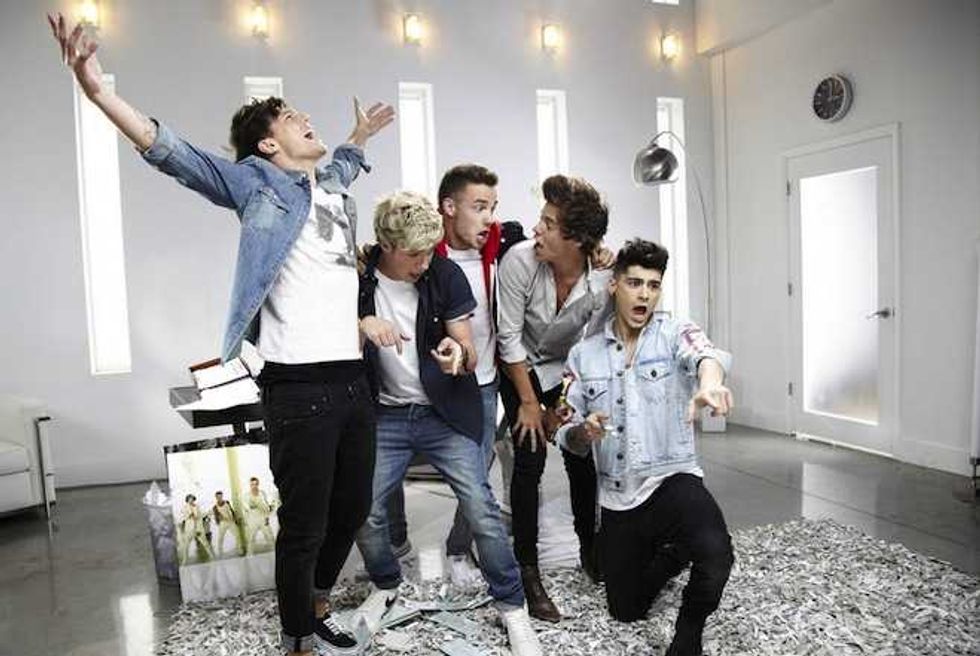 It's the summer of leaks, apparently: Just days after Katy Perry's "Roar" and Lady Gaga's "Applause" both made their way online ahead of schedule (albeit only in snippet form in Gaga's case), the Pop Gods have given us 90 seconds of a brand-new One Direction song, thought to appear on their forthcoming untitled third album.

Apparently titled, "Just Can't Let Her Go," the new song features something of a new sound for the 1D lads; it's built around a slinky flute hook! They're not calling up the Pipes of Pan at Joujouka just yet, but it does seem like, two years into their career, One Direction is tinkering with the formula a bit.

Listen to the "Just Can't Let Her Go" fragment below: