Listen to "Aura," Our First Glimpse of ARTPOP-Era Lady Gaga 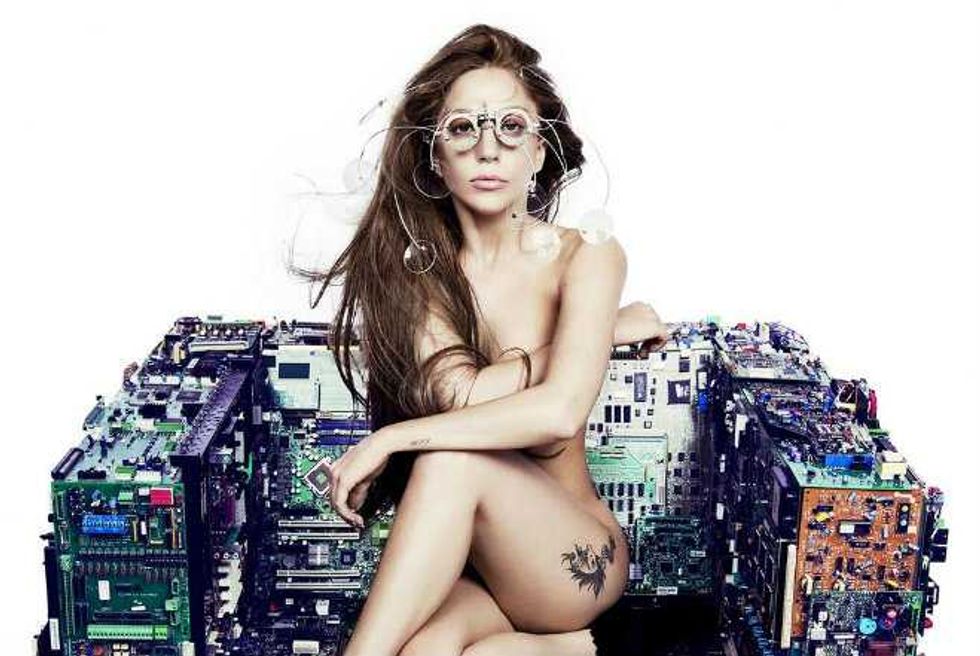 What do we expect from a Lady Gaga song? Powerful hooks? Weird accents? Bizarre melanges of pop music history?

"Aura," the first track leaked from Gaga's upcoming ARTPOP has all this, and more. And yet, it never comes quite together. We've got creepy Lana Del Rey cooing, some weird theatrical laughter and the return of Gaga's British accent, and some sort of weird robot voice. Shockingly, none of that gels into a cohesive whole. There is room for optimism, though: The hook, which finds Gaga booming "Do you want to see the girl behind the aura?" is as big as anything on The Fame Monster.

We don't want to turn the rest of the year into a Katy vs. Gaga battle (though their release dates might force that narrative upon us) but it's interesting to note that while Katy can't bury her past self soon enough, Gaga seems to be chasing her muse no matter where it takes her.

Still, probably good to remember that this is just a demo. Listen to the "Born This Way" demo to see how much these things can change in the studio.