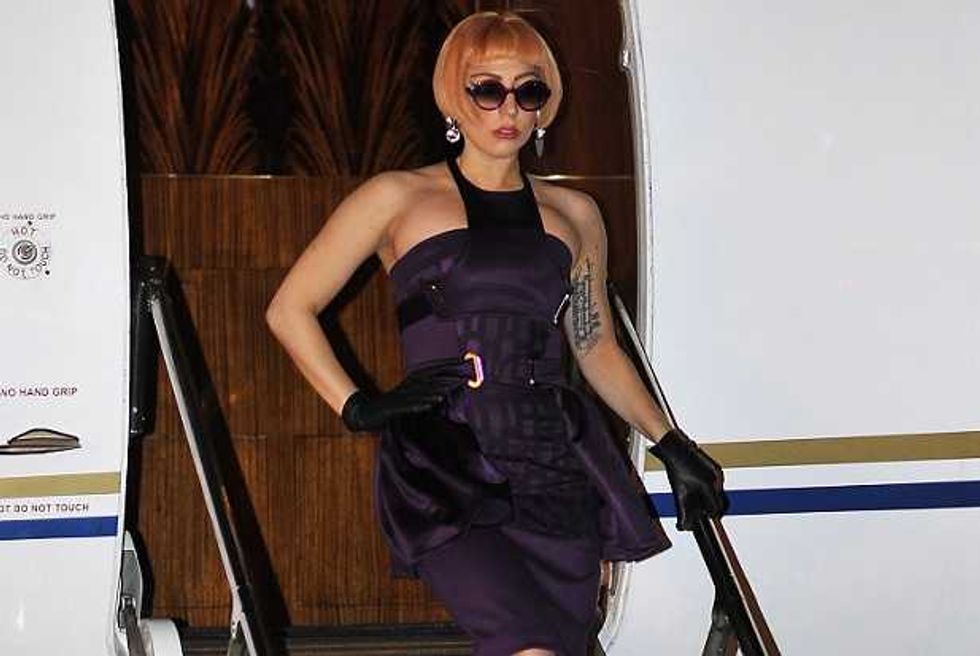 It's been so long since Lady Gaga's made any news other than "tour dates happens in another country; people freak out about cultural differences" or sometimes "new album is on the way" that "song is scrounged up from the vaults" starts to look more and more noteworthy. And with that, here's "Glitter and Grease."

Like most other Gaga leaks lately, such as "Reel Cool," this is a Rob Fusari demo that probably dates back to The Fame. It's been performed live a number of times. It's also a little like the third verse of Shania Twain's "That Don't Impress Me Much," thematically at least. And it's probably the most we'll be hearing in the way of new Gaga music for a while--the current schedule has her dropping even the album title months from now--so enjoy.