Lorde On Royals Racism Claims, ‘I Didn’t Know Then What I Know Now' So 'Not Too Hard On Myself' 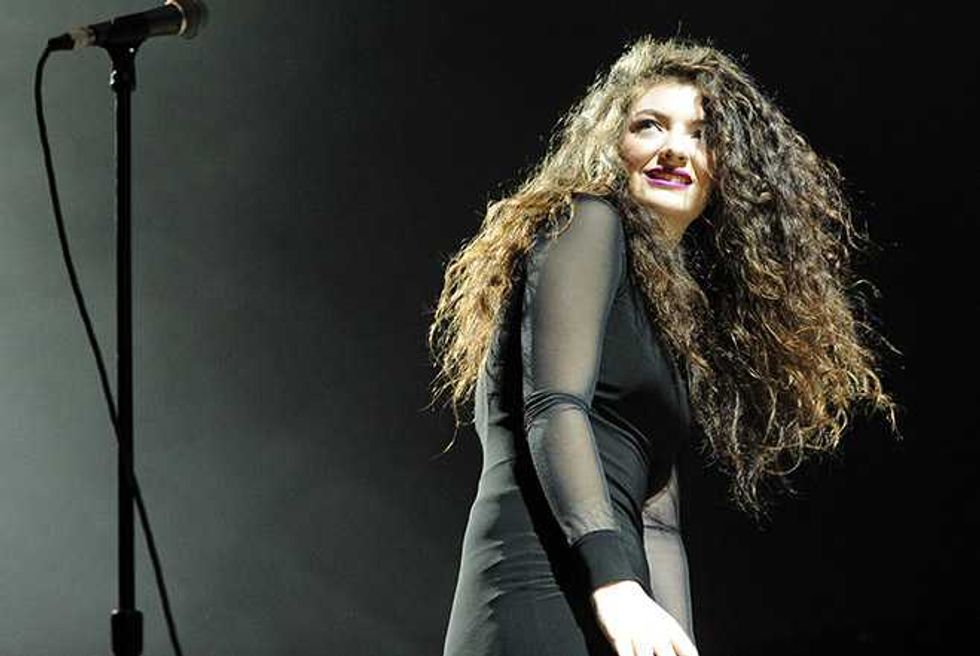 Lorde is speaking out about criticism she received over her hit song, Royals.

The 17-year-old opened up to teenage fashionista, Tavi, for an interview on her website, Rookiemag—and Popdust has the details.

Here’s what Lorde says about claims the lyrics of Royals are racist:

“I mean, it's one thing for kids who fight in the comments section of YouTube and who use 'gay' as an insult to take offense at what you're doing; but when it's highly intelligent writers, all of whom you respect, you start to question what you're doing and if you have done something wrong. I have grown up in a time when rap music is pop music, and I do think people were maybe a little bit selective about the parts of that song they used to make those arguments, because a lot of it is examples of rock excess, or just standard pop culture 'rich kids of Instagram'-type excess. But I'm glad that people are having discussions about it and informing me about it. Also, I wrote that song a few months into being 15, and now I'm a 17-year-old looking back on that, and I didn't know then what I know now, so I kind of am not too hard on myself.”

You can read the rest of the interview here.