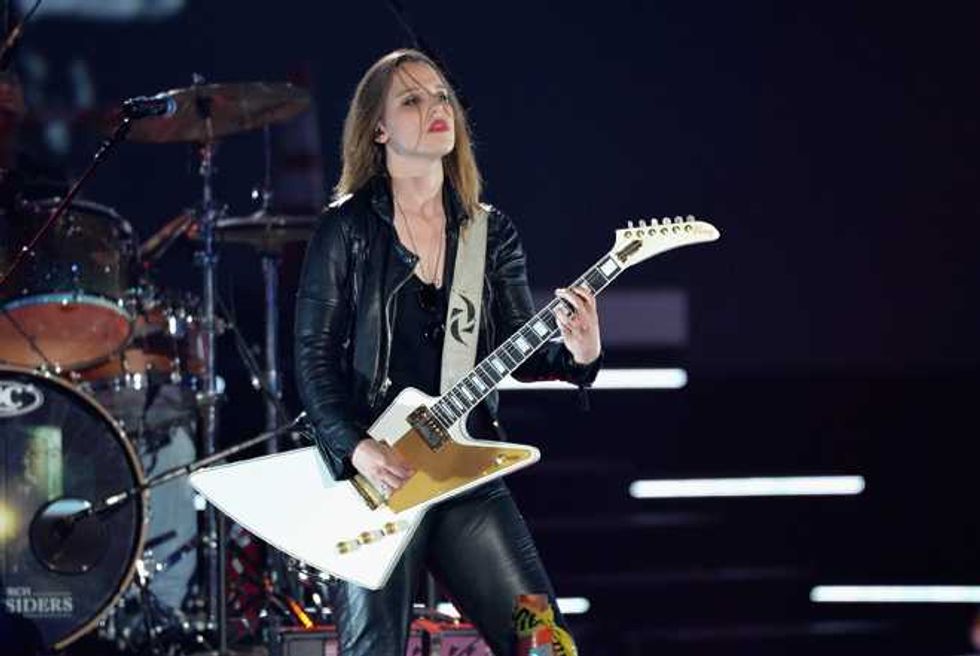 American violinist and Youtube sensation Lindsey Stirling took Good Morning America by storm on Tuesday (July 15) by performing her song "Shatter Me," a rock-tinged track featuring the vocal stylings of Grammy-winning Halestorm lead singer Lzzy Hale. Stirling, who made a name for herself through her online show Lindseystomp, appeared on America's Got Talent in 2010.

"Shatter Me" is lifted from Stirling's last project, of the same name. Not only does she collaborate with the mind-blowing Hale, but she enlists The Voice season 1 runner-up Dia Frampton on "We Are Giants."

Stirling has made quite the name for herself for her electric live performances that often include intense choreography. Earlier this year, she also made an appearance on the CMT Music Awards at Nashville's Bridgestone Arena. Hale also performed at the country awards show, alongside Eric Church for "That's Damn Rock 'N Roll."

Grab a copy of "Shatter Me" on iTunes now!