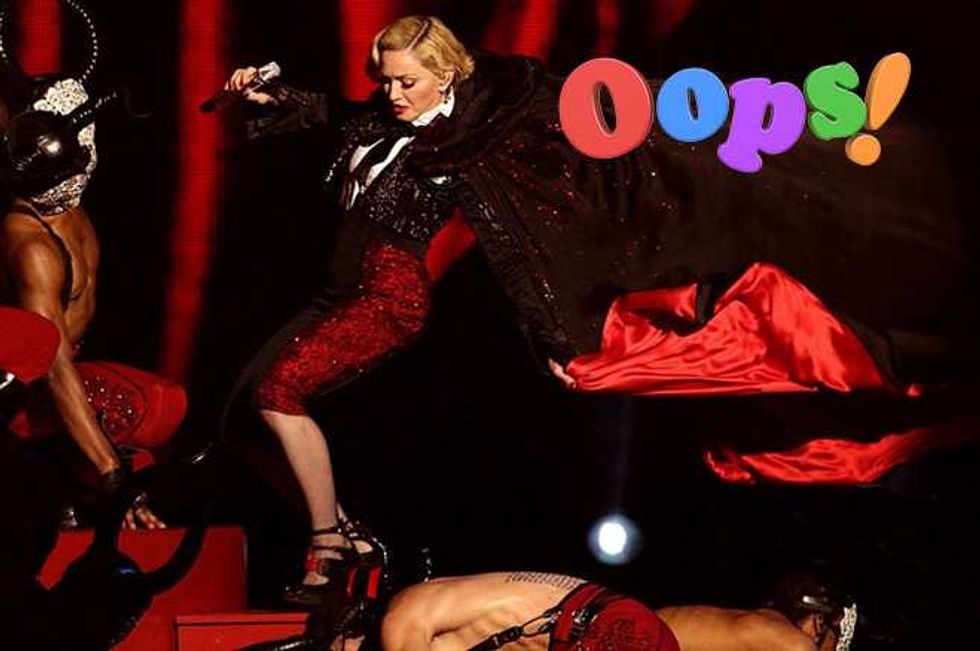 Designer Giorgio Armani is rejecting responsibility for Madonna's epic fall at the Brits, after she blamed it on a malfunctioning cape.

Madonna has explained the fall by saying that her cape's tie was too tight and at the last minute wouldn't come undone, thereby tripping her dancers and nearly strangling her.

Armani, who designed the cape, begged to differ, remarking:

The cape had a hook and she wanted a tie, and she wasn’t able to open it with her hands. That’s all there is to it. Madonna, as we all know, is very difficult.