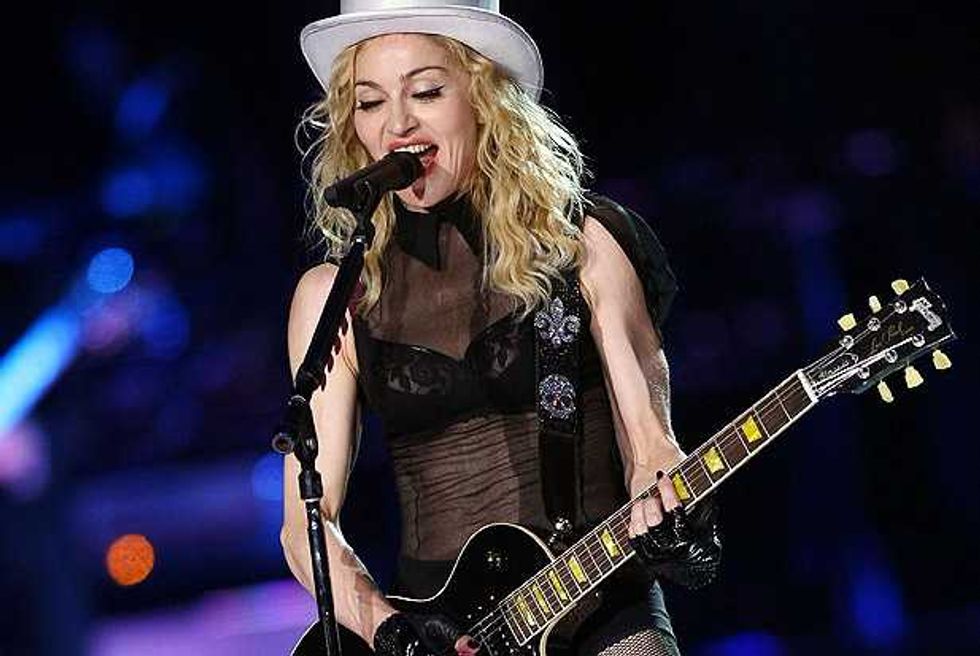 It's probably too early to place bets on which teams will meet in Super Bowl XLVI in Indianapolis this February, though Detroit Lions fans might beg to differ, yet it's never too soon to begin planning the game's accompanying entertainment. SBNation.com is reporting that Madonna will perform at Lucas Oil Stadium on February 5, 2012, accepting the great responsibility of pleasing the nation with an all-ages appropriate halftime performer. Madonna is not a terribly random choice, what with her new album expected next year, and despite last year's Black Eyed Peas-Slash-Usher debacle, she fits in with the classic, megawatt performers we've seen in the last 10 years or so—including Paul McCartney, Bruce Springsteen and the Rolling Stones—rather than of-the-moment pop stars. But since Janet Jackson and her malfunctioning top helped to strip the Super Bowl halftime show of any and all edge, it's likely we won't get vintage, floor-humping Madonna come February, and certainly not "American Life" Madonna, considering sports audiences have strong feelings of patriotism. But if her performance is really, really bad, at least we can look forward to The Voice premiere following the conclusion of the game.