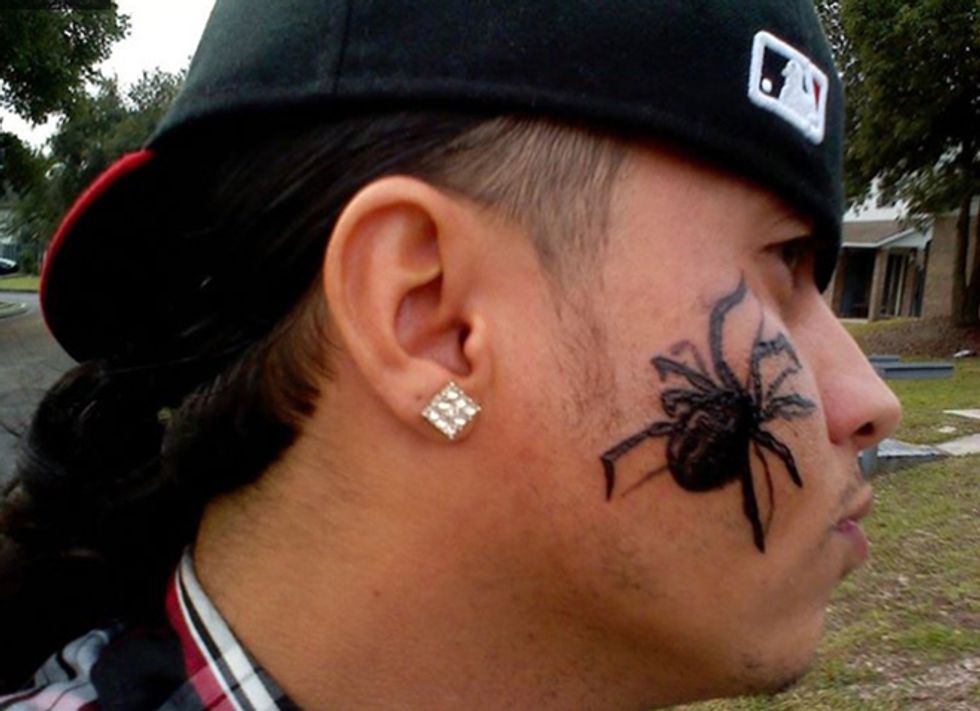 Why am I totally not surprised this dude comes from Florida?

Eric Ortiz puts a whole new spin on “facing your fears” by getting a huge black widow spider tattooed on his face to… ermmm… help overcome his fear of.... spiders.

"Now I will give everybody something to look at!!!!!" Ortiz wrote on his Facebook page along with the photo of his beautiful new inking.

The arachnaphobe explained his motivation behind the face tatt to the Daytona Beach News Journal.

"Everybody fears spiders," Ortiz said. "That's why I got it. Just to, like, make me know, that that's what I fear, but not to fear it. You know what I'm saying?"...

So, what DO people think?

"Some people say 'Why did you get it? You're never going to get a job," Ortiz said. "Some people say 'It's cool, man. The tattoo on the face, I would never get it but that one came out cool.'"