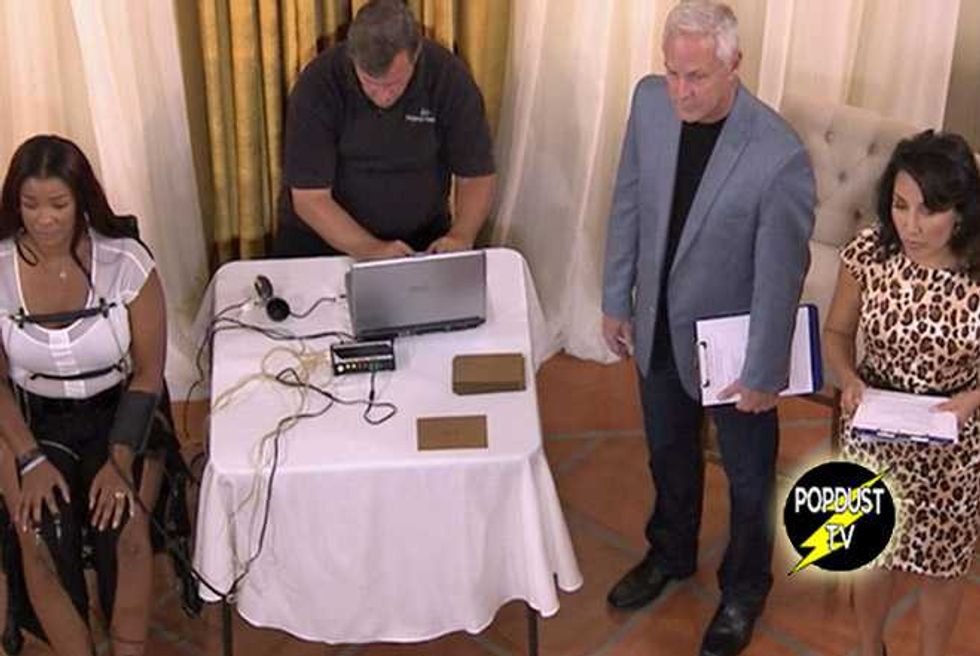 On this week’s episode of Marriage Boot Camp: Reality Stars, everyone gets hooked up to a lie detector and asked questions not only about themselves and their relationships, but about other couples in the group. Yikes.

Everyone is extremely honest on the lie detector tests, even admitting their own faults and f*ck ups. Everyone, that is, except Aviva and Reid. The two of them literally are deceptive on every single question, which shocks no one.

After the lie detector exercise, the couples were told that the have a hall pass for their last night in the house to reflect on their relationships and make their final decision of whether or not they still want to be with their significant others.

The girls are having a great time, especially Heidi who is dancing her surgically enhanced ass off at that club.

“Heidi has been lying to us,” Syleena said. “Apparently she used to be a stripper.”

Guys are hitting on Rachel left and right and Heidi is drunk dancing like a slore, yet tells every guys who comes over to watch to f*ck off! On the party bus ride home, Heidi and Aviva get into a screaming match that leaves Heidi crying in a corner. Aviva of course plays the victim, which makes everybody hate her even more.

What did you think of Marriage Boot Camp: Reality Stars? Sound off in the comments below!