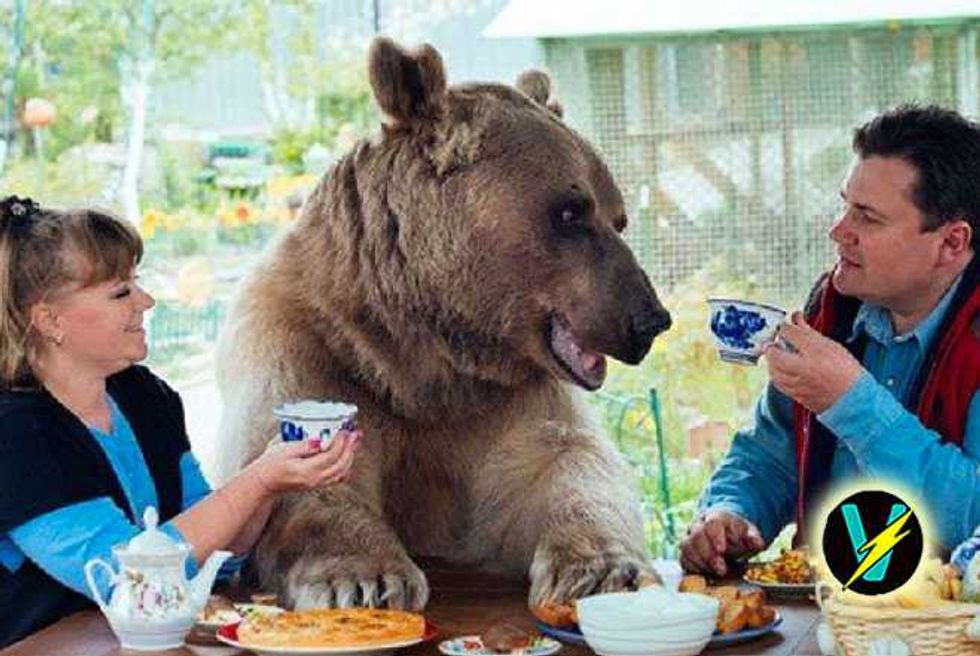 Stepan sits at the kitchen table with them, enjoying a nice cup of tea.

He wedges himself between them on the sofa to chill out and watch a bit of TV in the evening.

He loves to play ball in the garden and clown around.

And, this is no run-of-the-mill freeloading brown bear.

Stepan likes to earn his keep!

He’s not just sprawled out on the sofa all day watching TV.

Stepan mucks right in—helping out in the garden, tending to the plants with his little watering can.

Svetlana and Yuriy Panteleenko adopted the then-cub, 23-years ago, after he was found injured and alone in a forest.

They took him into their arms—and into their home—and he’s lived with them ever since.

The bear gets through 55 pounds of food a day—with his favorite nibbles being eggs, fish and veggies.

Stepan is fully domesticated apparently, and Svetlana claims he’s never once raised a giant paw against them.

He absolutely loves people and is a really sociable bear.

Despite what people might think, he's not aggressive at all.

We never have been bitten by Stepan.

Because, as Charla Nash found out the hard way, when it comes to wild animals, there’s always a first time.

Scroll down to watch the Russian couple adopted brown bear video and check out photos of the happy family.

Why The Harambe Outrage Should Be Over Zoos Keeping Gorillas Captive

Watch! This Video Of Orphaned Baby Rhinos Crying Will Break Your Heart 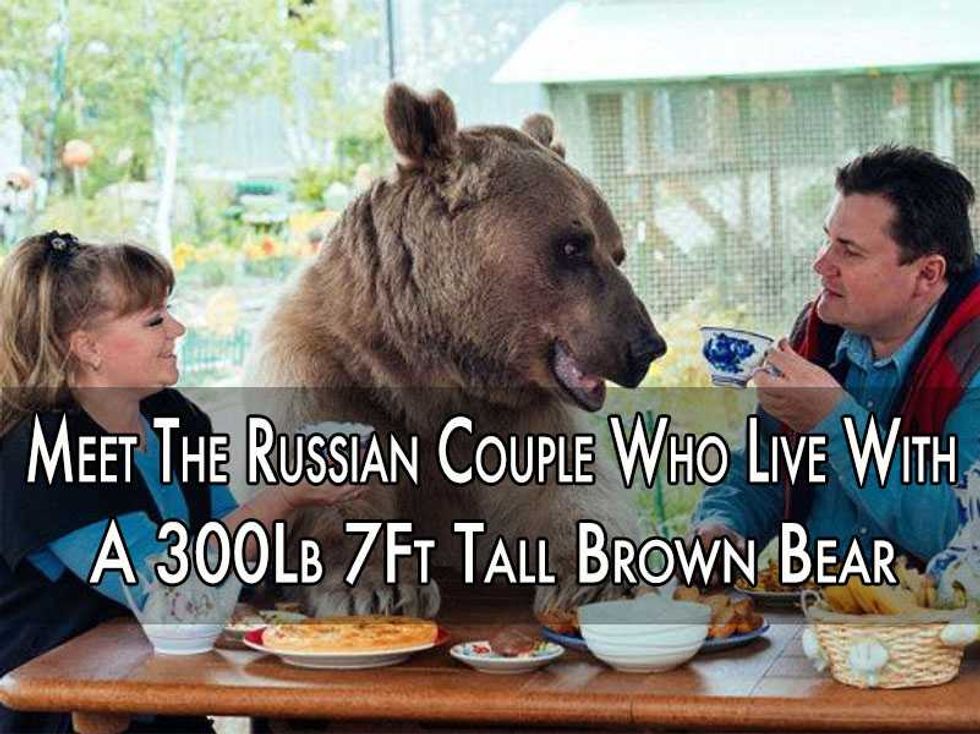 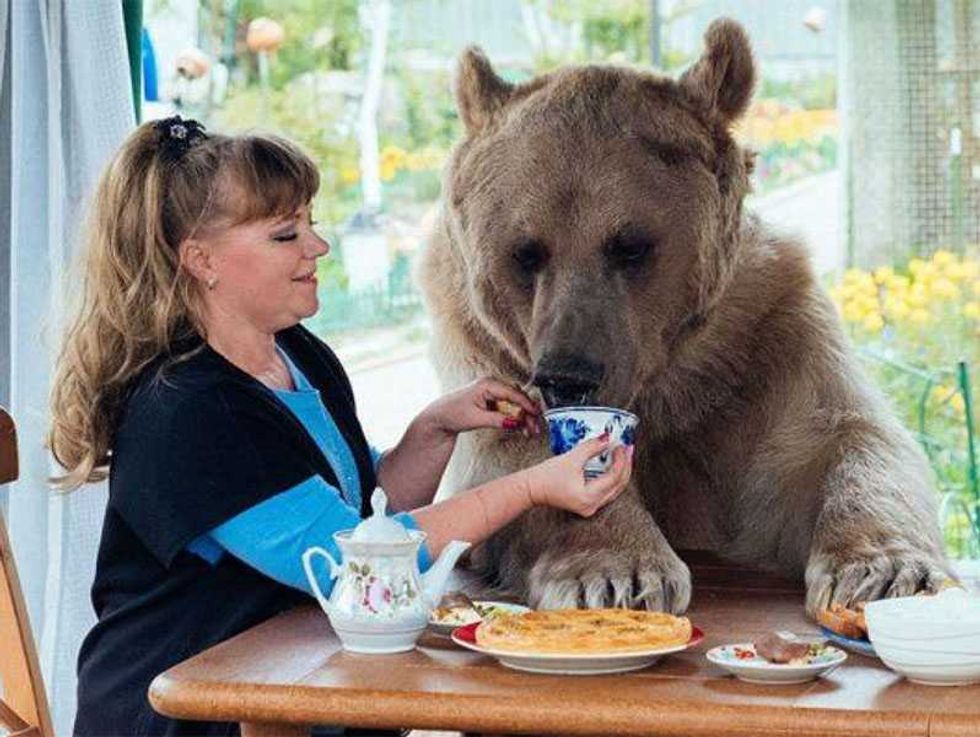 Previous Next
Nothing to see here—just a 7Ft bear enjoying a nice cup of tea... 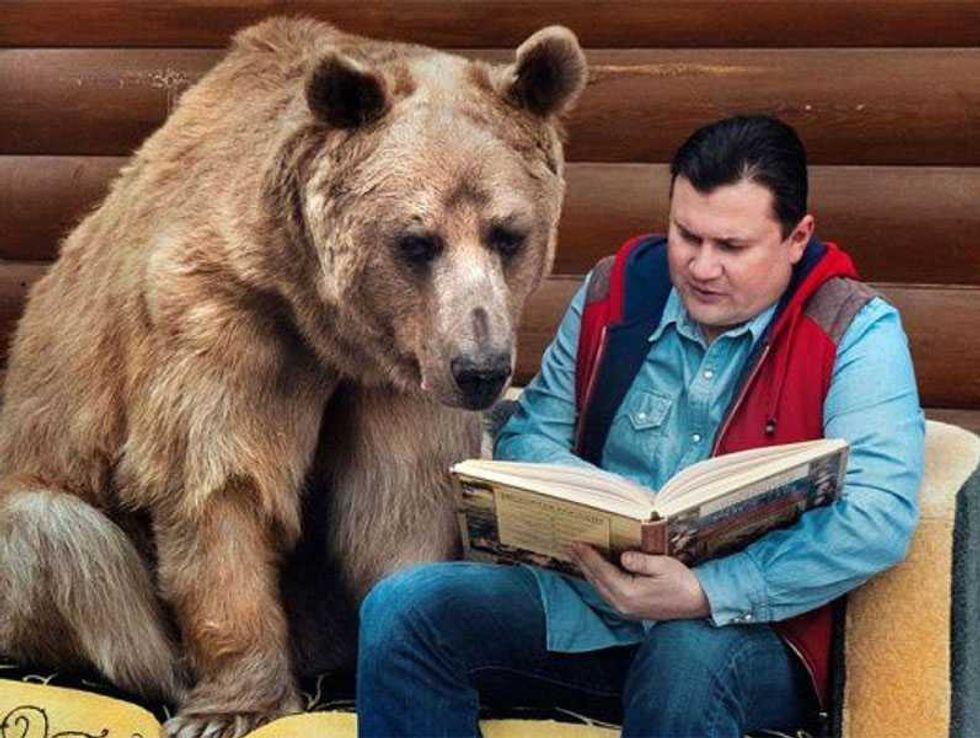 Previous Next
What bear doesn't enjoy a good book? 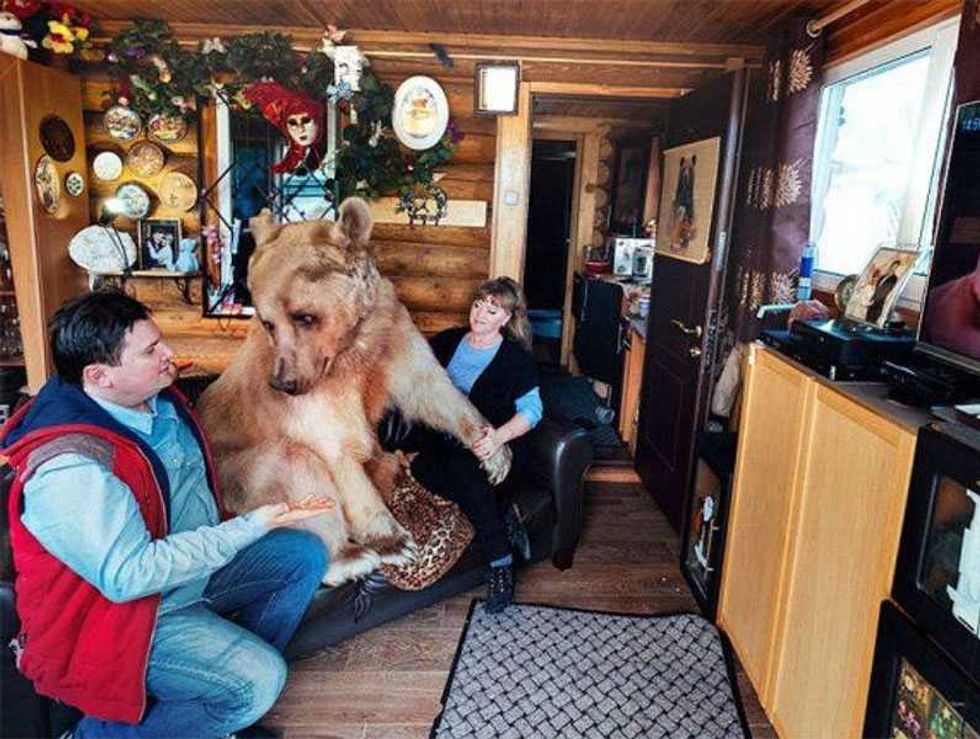 Previous Next
And you thought your dog hogged the sofa 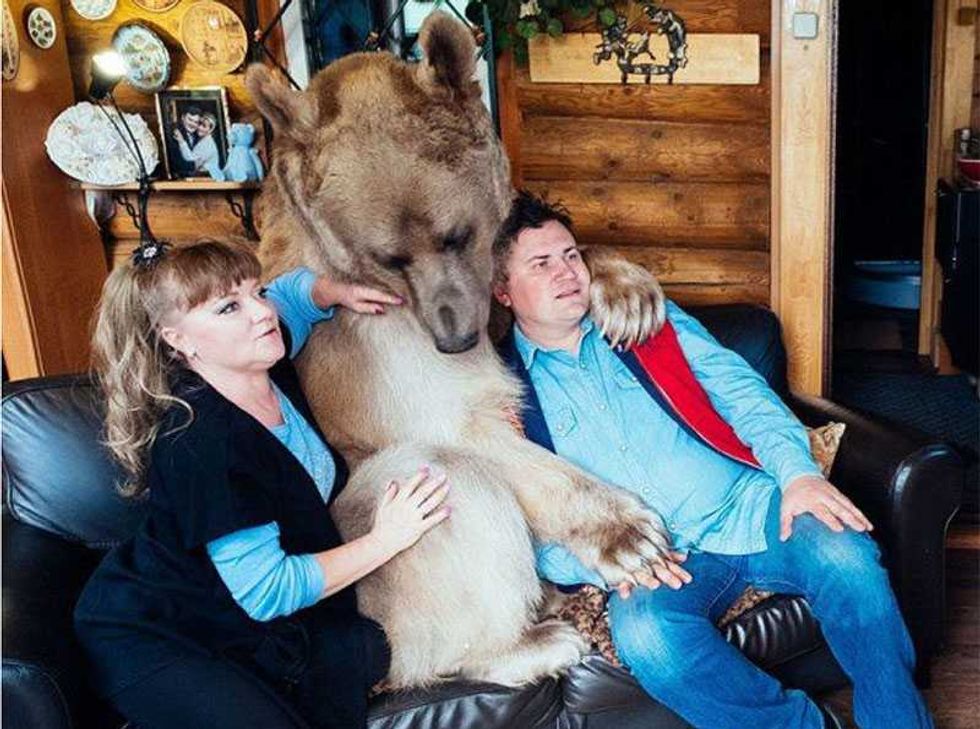 Previous Next
Someone's clearly not interested in watching the latest episode of Russia's Got Talent... 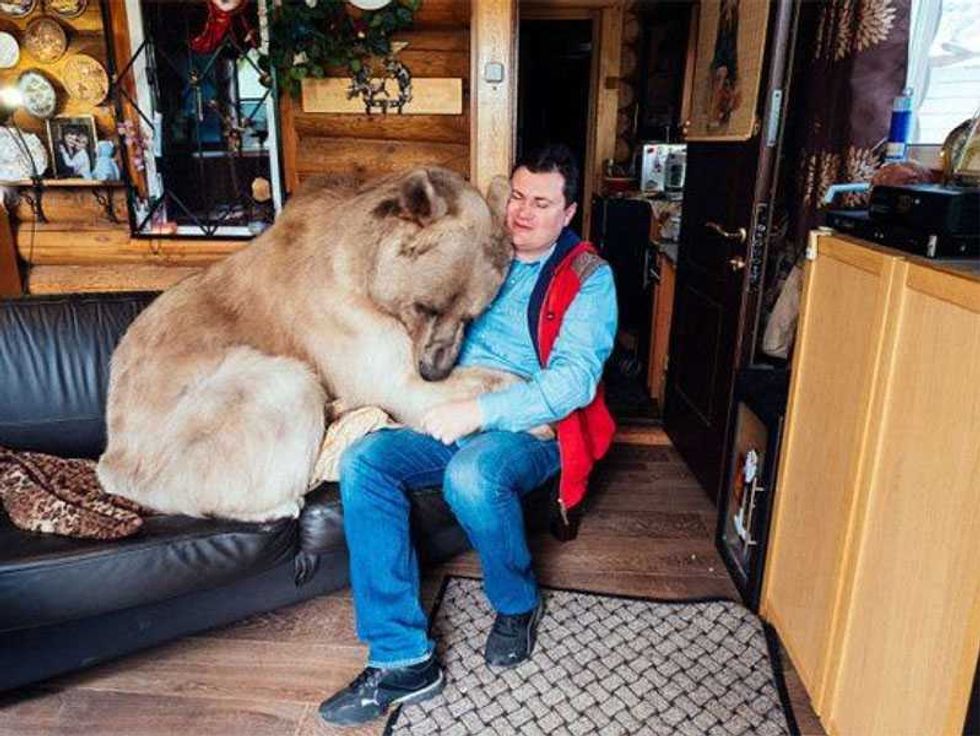 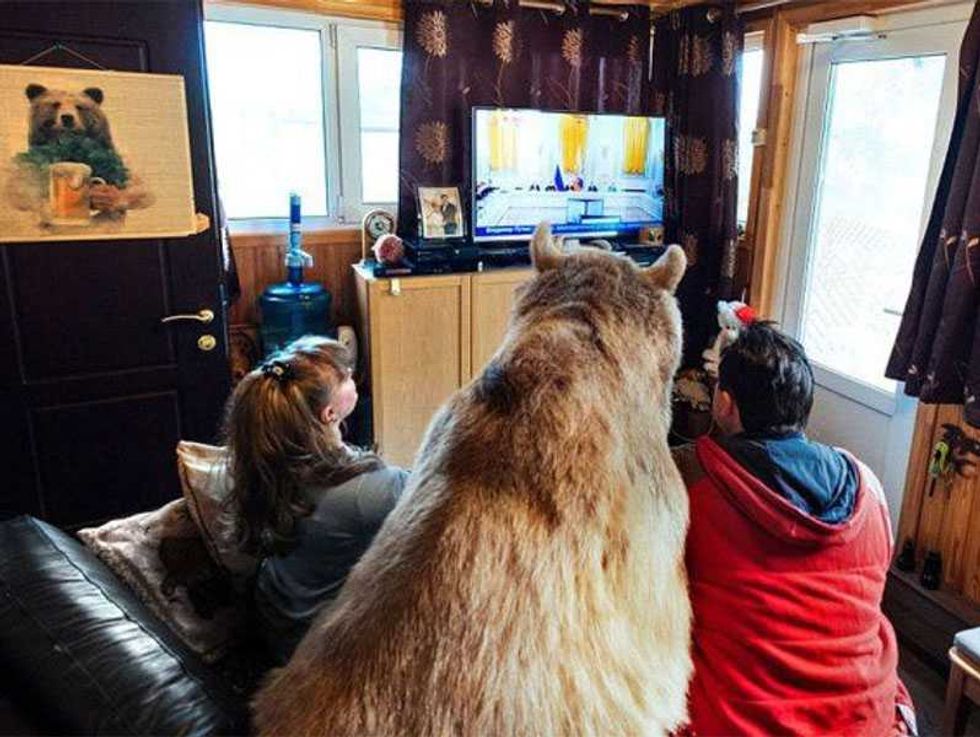 Previous Next
At last! A show a bear can really enjoy.... 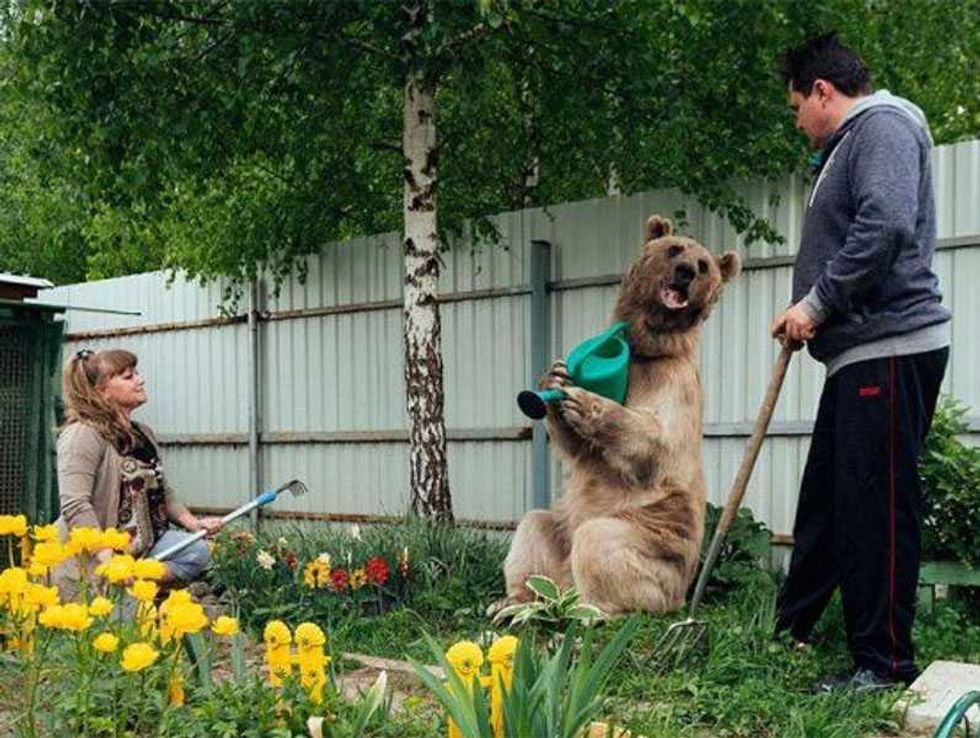 Previous Next
Helping out in the garden... 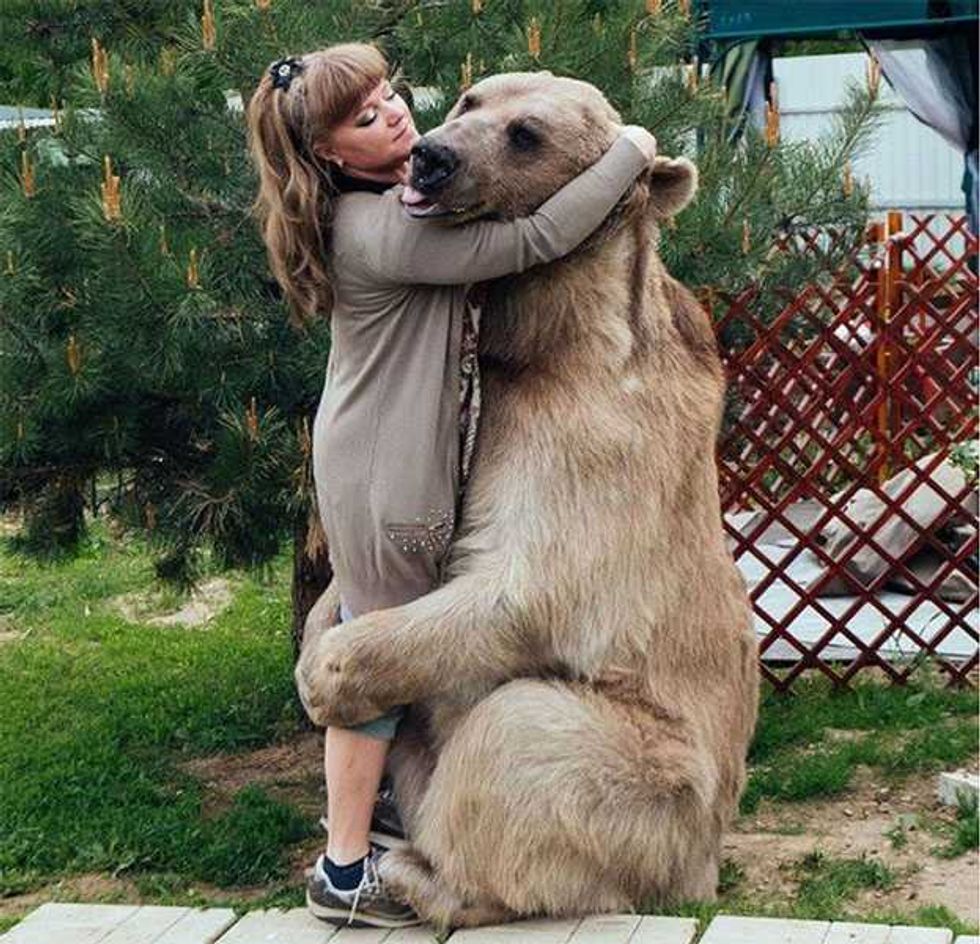 Previous Next
Bears need love too! 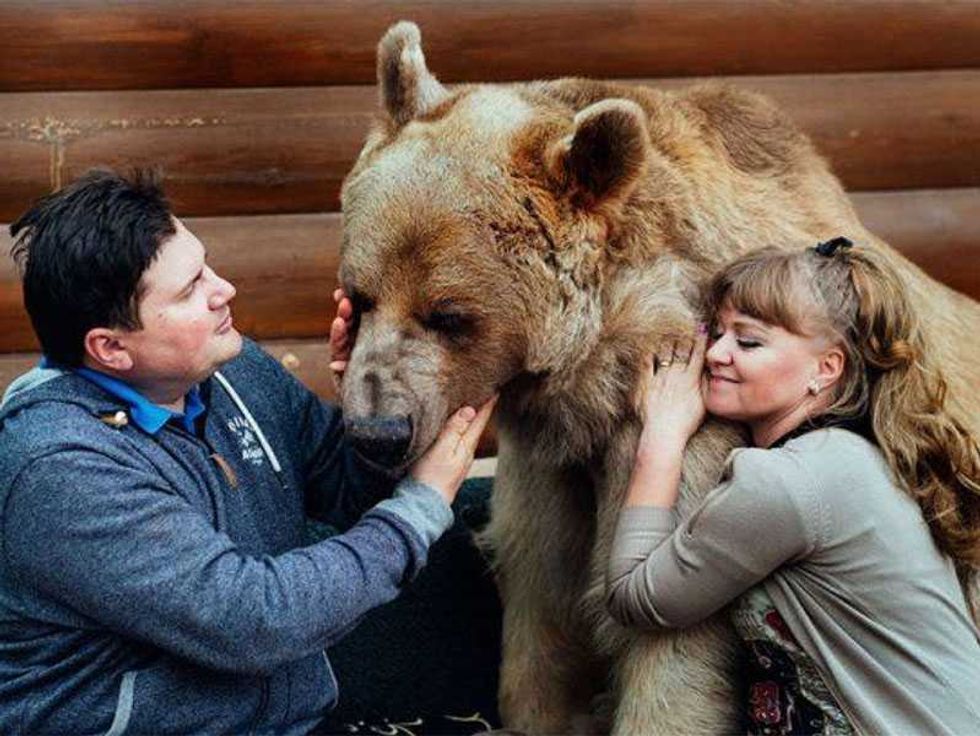 Previous Next
Lots of love.... 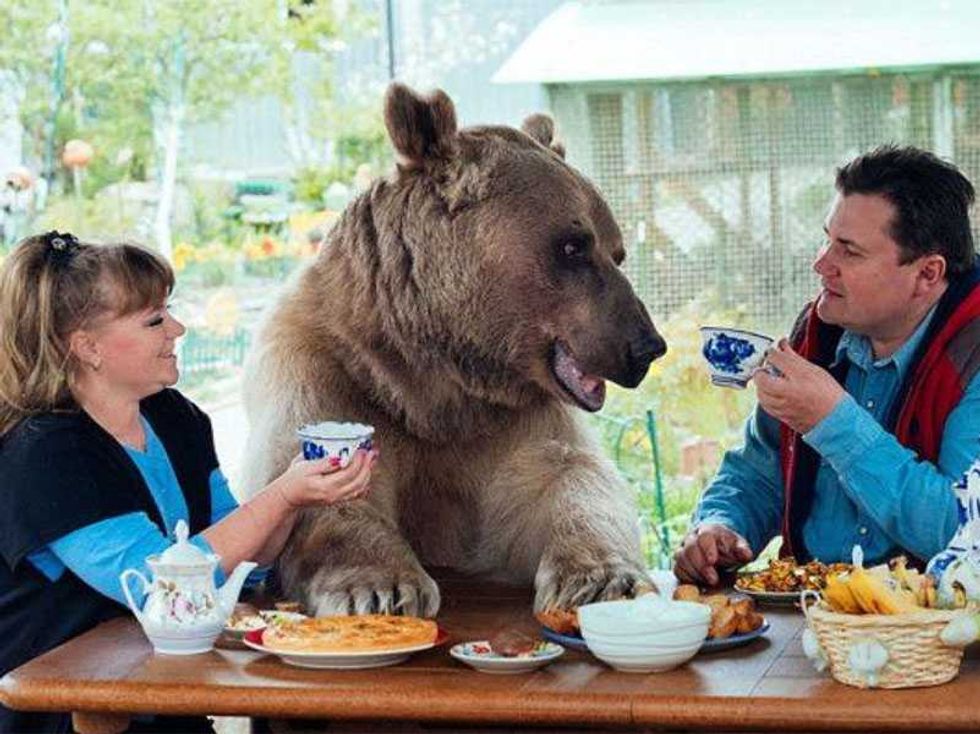 Previous Next
Tea time in Moscow... 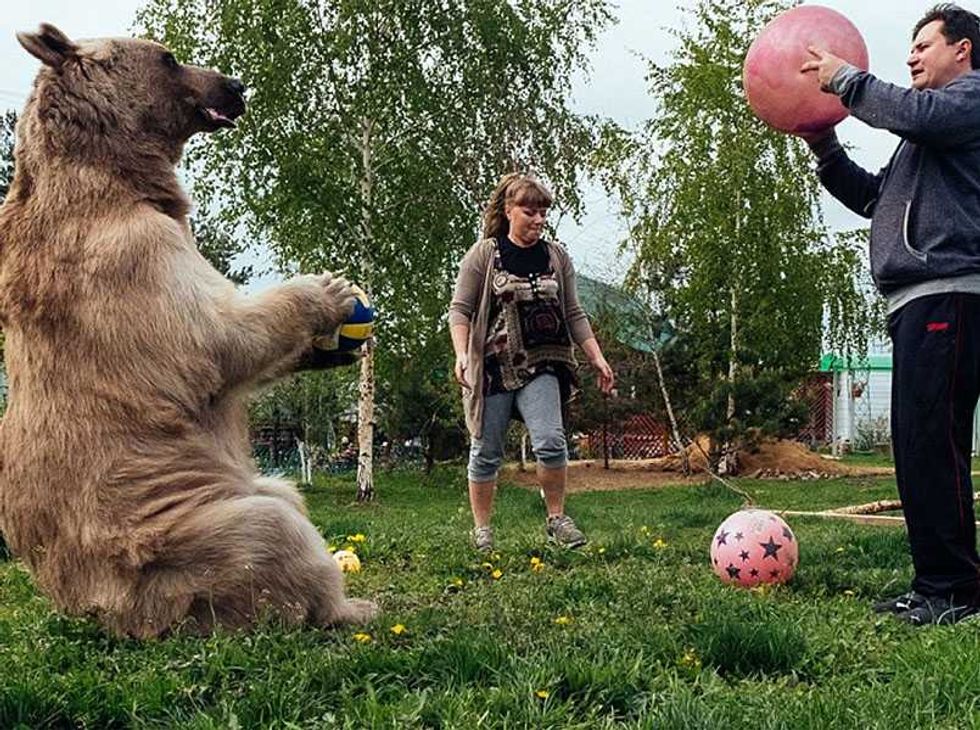 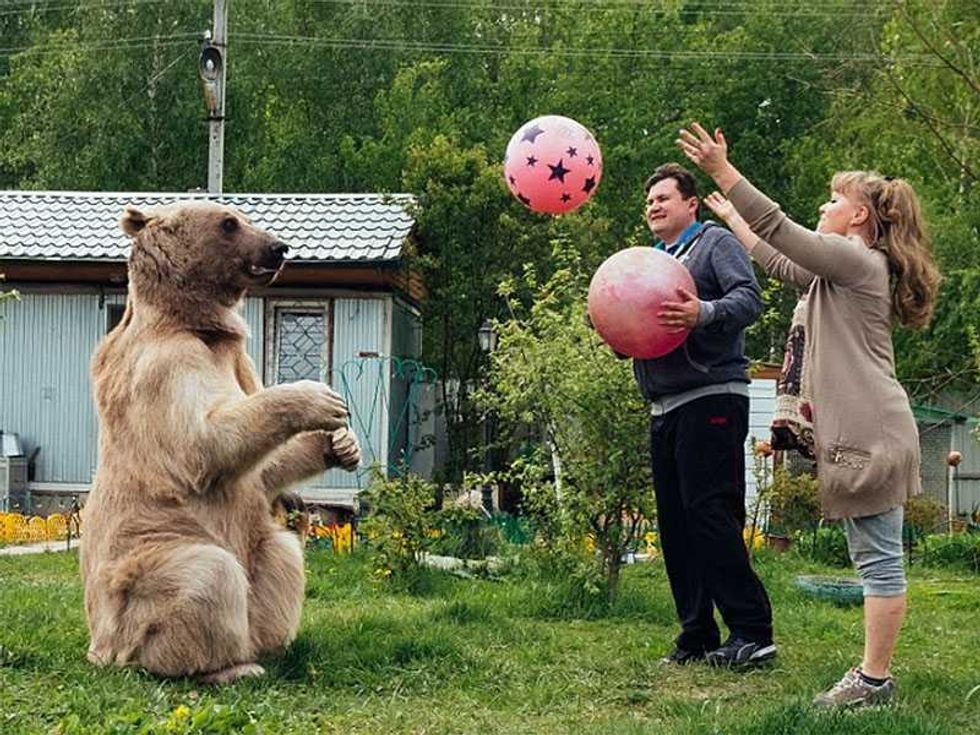 Previous Next
Let's hope he's not a bad loser...

Russian Monkey In A Snowsuit Will Warm Your Cold Cold Heart

Diane Von Furstenberg Paid $100k To Have Her Dog Cloned