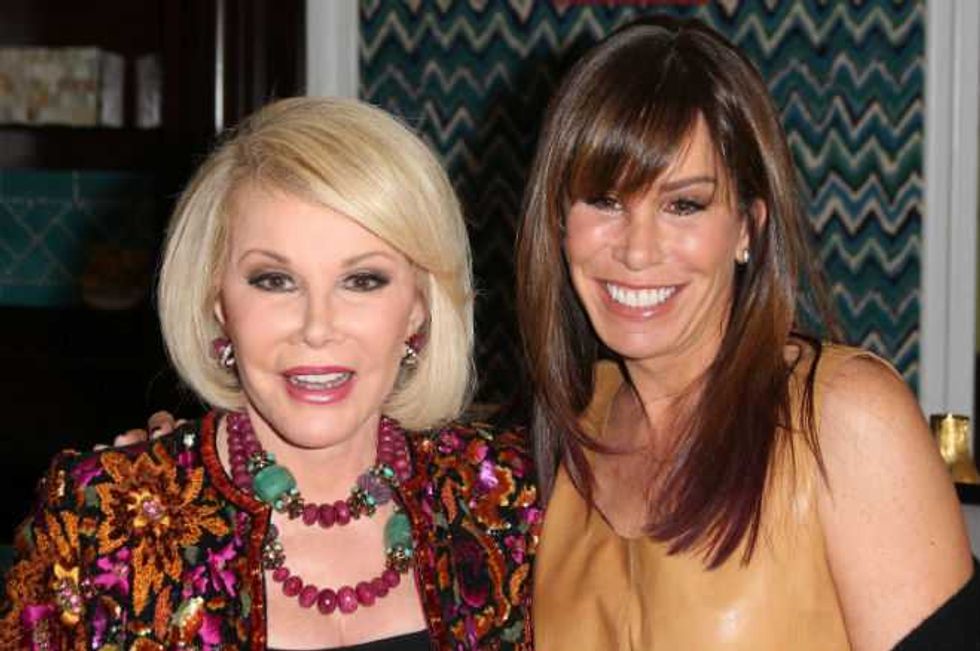 Melissa Rivers has inherited over $100 million - the bulk of her late mother Joan Rivers' estate.

That includes $75 million in cash and Joan's Upper East Side condo in New York, which is worth $35 million. Melissa's 13-year-old son Cooper has his own inheritance from his grandmother, reports Us.

As Popdust previously reported, Joan's autopsy results show she died of complications associated with surgery - in other words, the death was entirely preventable.

"We continue to be saddened by our tragic loss," Melissa tweeted when the news broke. "No further comment at this time."

She was clearly touched by the huge outpouring of love and remembrance from the public, thanking everyone for their kind thoughts and wishes.

“As my son Cooper and I mourn the loss of my mother, we want to thank everyone for the beautiful cards and flowers conveying heartfelt messages and condolences, which continue to arrive from around the world and through social media. My mother would have been overwhelmed by the scope and depth of the love that people have expressed for her. It is certainly helping to lift our spirits during this time,” the 46-year-old said.

“We are forever grateful for your kindness and support in continuing to honor my mother’s legacy, and for remembering the joy and laughter that she brought to so many.”

We're guessing some huge, huge wrongful death lawsuits are in the works - and Melissa now has the money to really go for it.