Michael Sam Engaged After Proposing To Boyfriend At the Vatican! 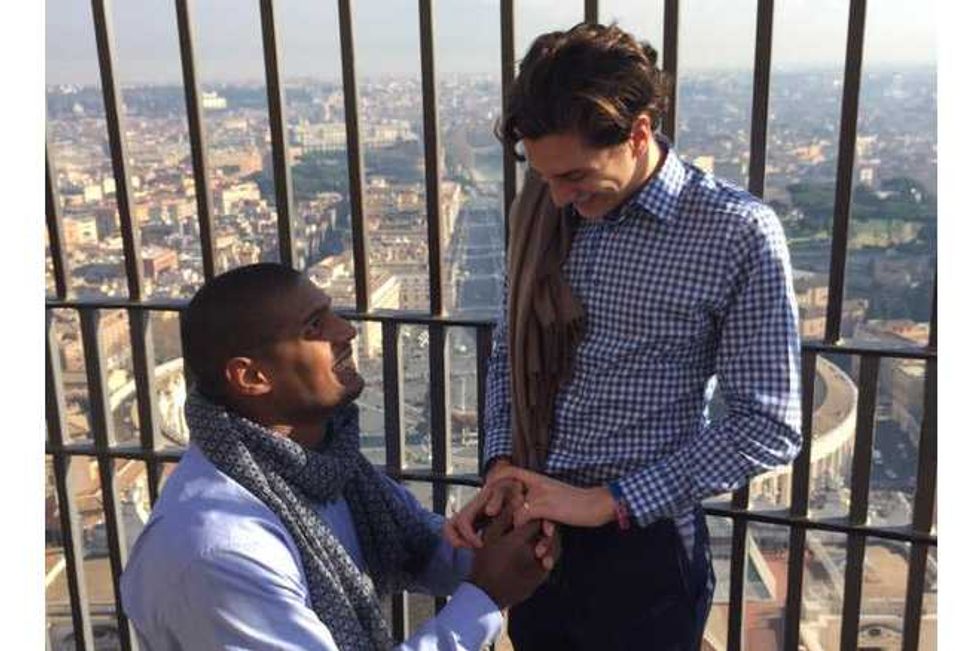 Michael Sam and boyfriend Vito Cammisano are engaged after the most romantic proposal EVER in Vatican City!

The football player posted the photo on Twitter showing him down on one knee in front of Vito, with the caption "Thank you for saying yes". The picture was taken atop St. Peter's Basilica and ugh, it's just unbelievably sweet.

Vito posted a picture of his diamond ring afterwards, with the biggest smile on his face.

Sam of course made history in 2014 as the first openly gay man drafted by the NFL.

Congratulations to the happy couple!