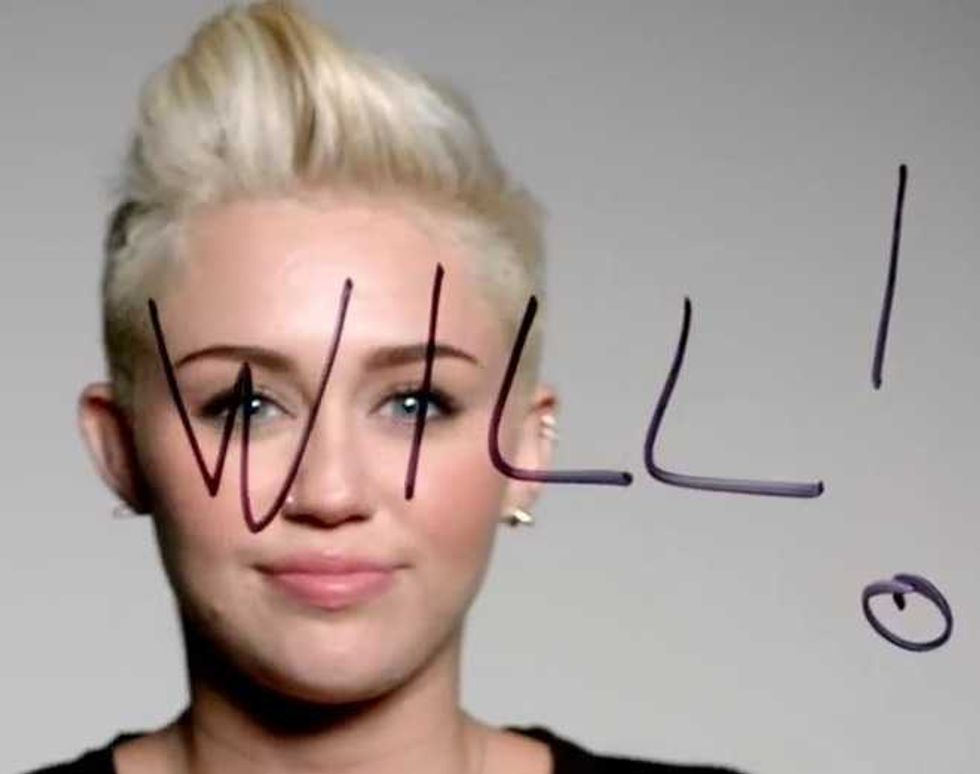 Anyone who's ever read Miley Cyrus' frequently frank Twitter contributions knows the 19-year-old has a tendency to get political. But rather than align herself with a specific candidate in the days leading up to this year's presidential showdown, Cyrus is using her starpower to encourage participation in the democratic process. The newly blonde Cyrus, along with Miranda Cosgrove, Michelle Branch, Darren Criss, Jenna Ushkowitz and Kevin McHale, stars in the most recent Rock the Vote campaign which encourages young people to make their voices heard come November 6. Miley, hun, we think you got a little schmutz on your face. Oh, it's your one line for the video? Our mistake.

While it doesn't have the same kind of fatal consequences as Diddy's 2004 "Vote or Die" platform, using Cyrus and the Glee kids is as good a tactic as any to get the younger demographic into their local voting booths. We know they're not eligible, but it might be a good idea to throw Justin Bieber or Niall Horan in there, explaining that if they could vote in American elections, they most definitely would. It's good craic!