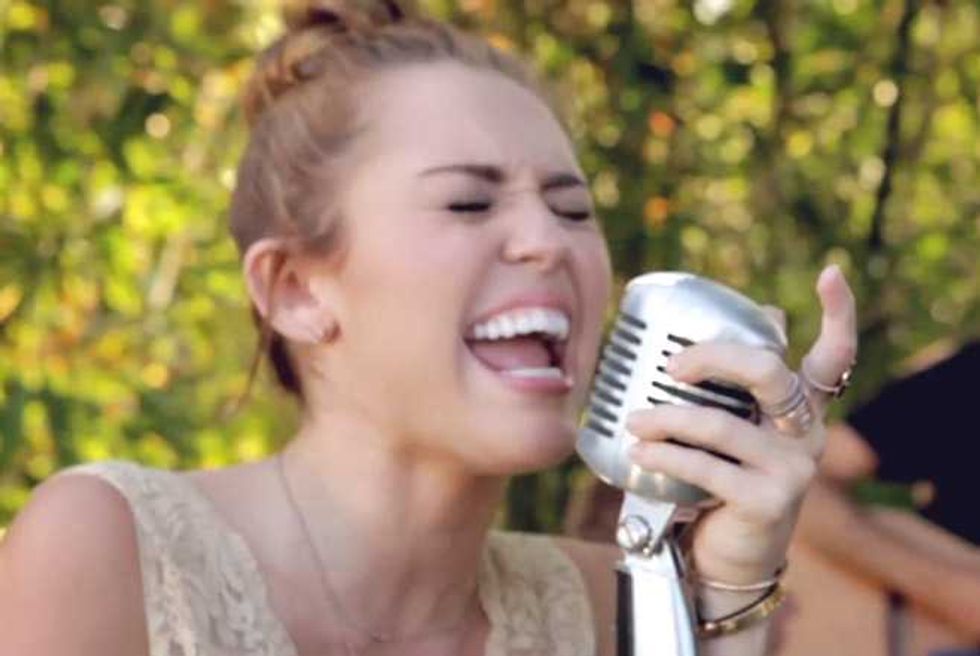 While Miley may have strayed from her roots, with a leather-clad performance of "Rebel Yell" at VH1 Divas and a slew of pop #1s, she's still a country girl at heart. Who could ever forget her origin story, the genetics originating from country's one hit wonder, Billy Ray Cyrus? Don't forget, Miley's godmother is none other than bestselling singer-songwriter (and star of 9 to 5!) Dolly Parton.

Miley chose the song as the final cover in her Backyard Sessions, which began with Jeff Buckley's "Lilac Wine" and also included Melanie Safka's "Look What They've Done To My Song".

Both Dolly and Miley performed Dolly's hit song as a duet a few years ago: