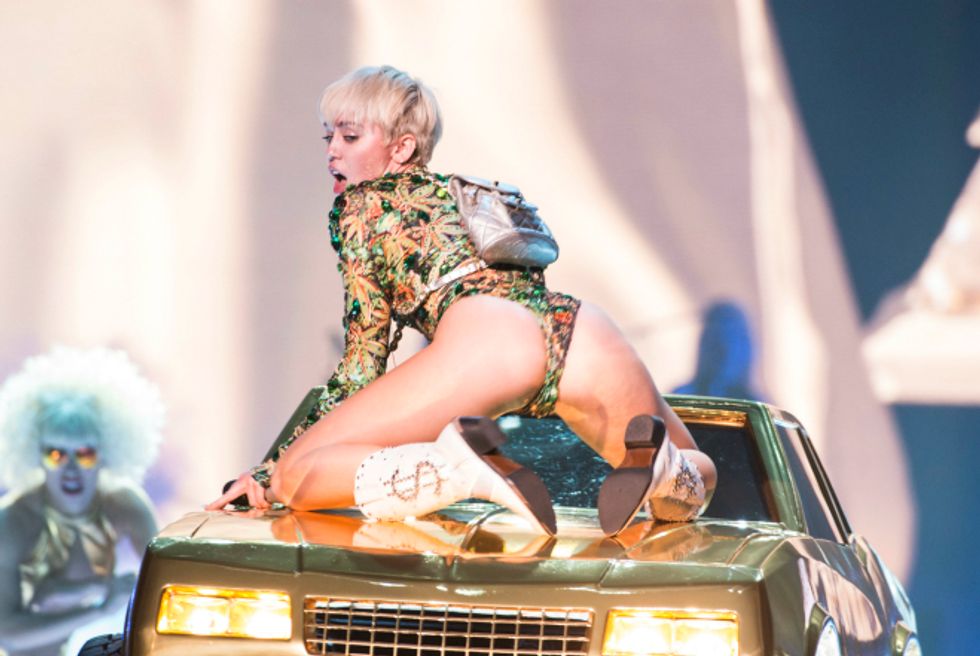 According to a fan who attended Miley's Bangerz tour stop in Tacoma tonight, the "Wrecking Ball" songstress picked up some panties thrown on stage by a fan, and then put IT IN HER MOUTH.

Shall we consider this the 2014 equivalent of Ozzy Osbourne biting the head off a bat?

OMFG SOMEONE JUST THREW THEIR THONG ON STAGE AND MILEY PUT IT IN HER MOUTH!!!!!