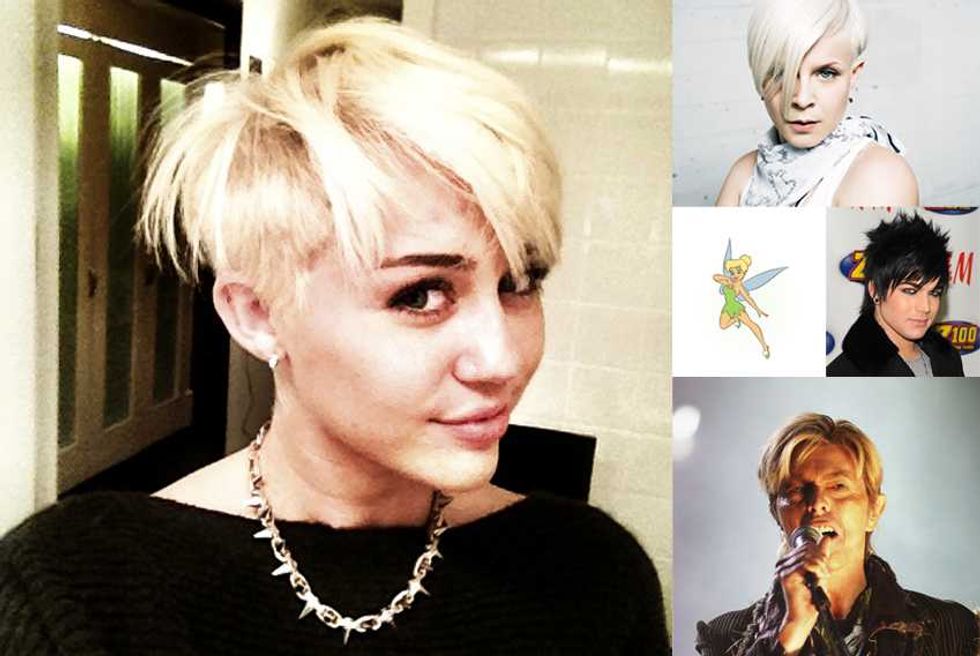 Miley Cyrus inches further and further away from her Disney roots by dying her roots blonde and shedding several inches. In other words, the former Hannah Montana star now rocks a full blown pixie cut. Miley devotees might've seen a change brewing. After going full blonde, she tweeted, rather cryptically:

Are we ruling this a change for the better, bolder, and blonder? Or a (tamer) Britney moment?

Miley's certainly not the first to pull a pixie on us. We wonder - Whose photo did she bring to hairstylist Chris McMillan (creator of "The Rachel") as inspiration? What were Miley's guidelines? Behold our musings below.

The Robyn, But Sunnier

The Ellen, But Edgier

The Lennox, But Longer

The P!nk, Minus the Pink

The Rapinoe, Minus the Sweat

Tank Girl, Minus the Hat

The Garth, But Grungy

One thing we're sure of - The Skrillex was involved