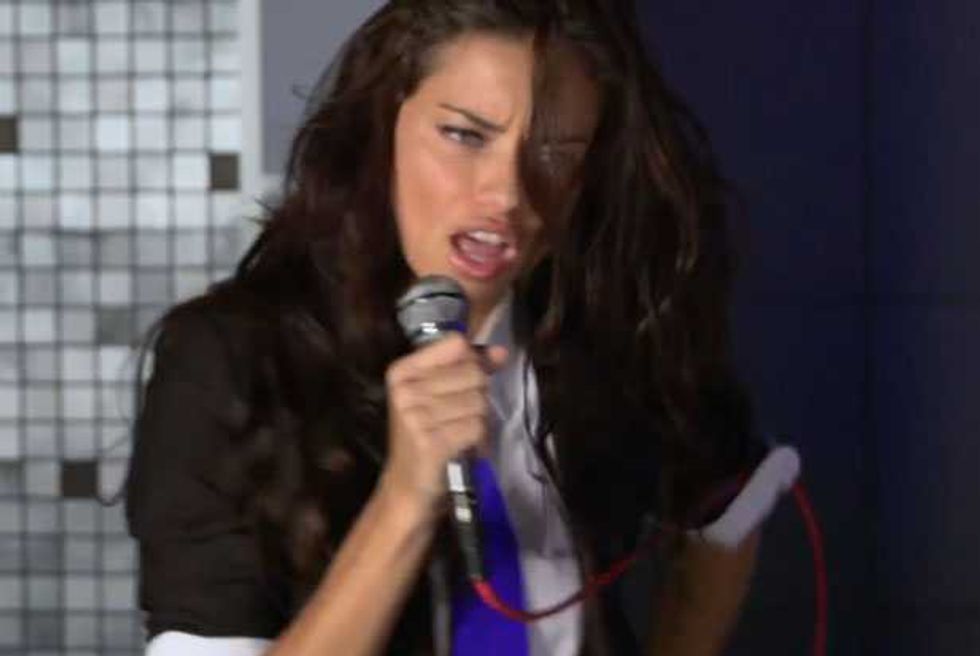 For whatever reason, "Moves Like Jagger" has become this year's song of choice for awkward wedding circles and questionable covers, so it makes sense that while filming the annual Victoria's Secret fashion show a bunch of beautiful women opted to dance around in suits, lip-synching the immortal words of Maroon 5. Adam Levine couldn't have dreamed up something better himself! Tuesday night's special, airing at 9 p.m. EST on CBS, also features performances by Kanye West, Maroon 5 and Nicki Minaj—because we know that's why you tune in year after year, for the musical performances—but add to your anticipation with this seemingly impromptu moment of fun from women whose hunger has driven them to regrettable places.

Models making silly lip dub videos to popular music is not new. And while we understand that a few of the featured models in the video below have musical connections—Lily Aldridge is married to Kings of Leon's Caleb Followill; Anne Vyalitsyna dates Levine—can this be the extent to which they're brought into their respective spouse's work? Unless they can sing like Tyra Banks, of course.