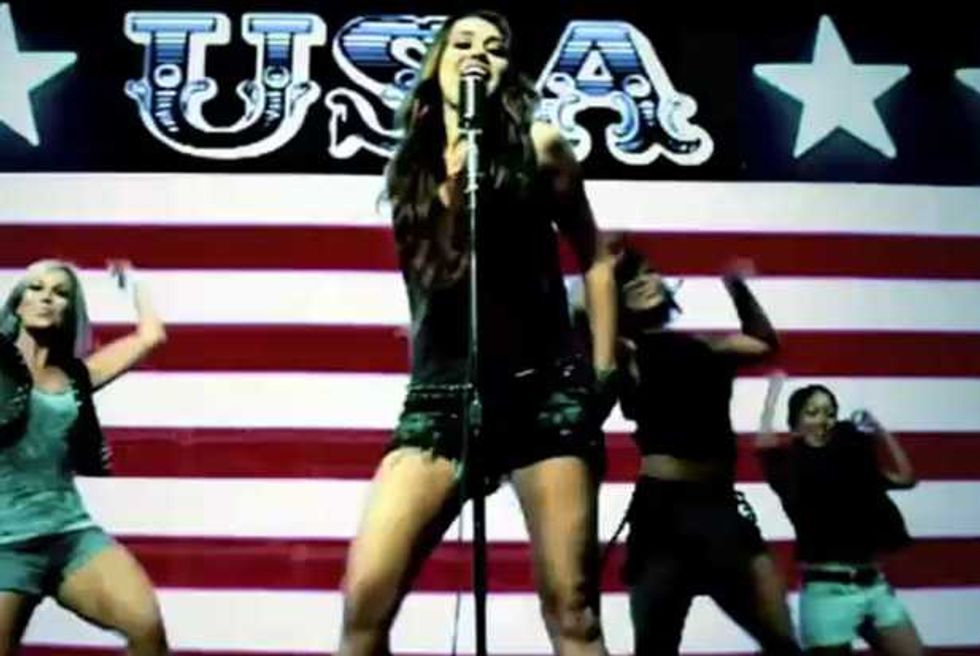 Those Bad Lip Reading folk, they just can't leave the kids alone. Like Rebecca Black and Justin Bieber before her, Miley Cyrus gets the BLR treatment for her 2009 pop jam "Party in the USA," now entitled "Black Umbrella (The Right Stuff)." Miley's pop-loving lyrics are switched out for nonsense about "Bazooka in the front and in the homie tattoo / On his shoulder from a Puerto Rican dude he used to knew," still plausibly fitting her lip movements from the video.

As with their earlier renditions, BLR change up the original song entirely, turning the guitar-led groove of "Party" into something far more sinewy and, well, adult-sounding, giving Miley an edge that would probably be considered seductive if the sentences she was spouting weren't so distractingly ridiculous. And because no good vocalist ever passes up a chance at a Snoop Dogg imitation, the Doggfather's verse from the "Party" remix is included as well, now rapping on the subject of "buy[ing] two big industrial windmills."

Let's have a new one of these every Friday from now on, OK guys?