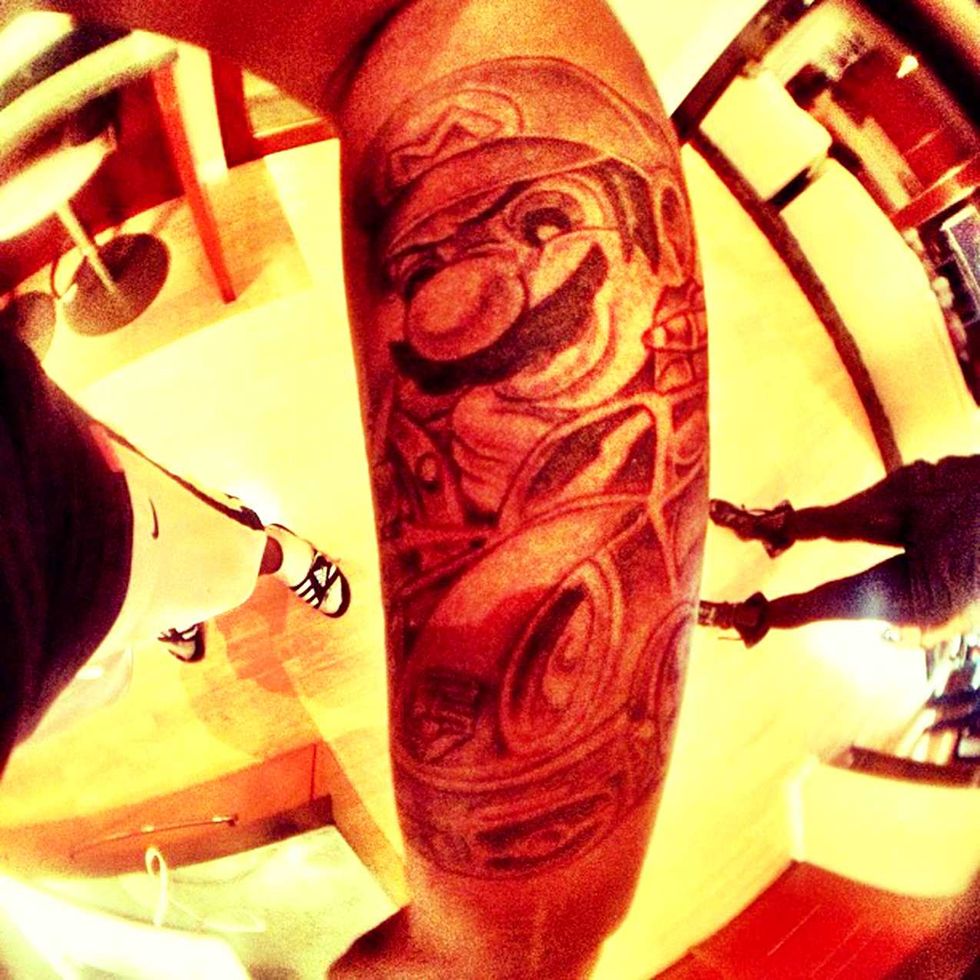 They say that having a near-death experience makes you reappraise your life priorities—make you realize what's really important in this life. If so, then after his potentially fatal jet-skiing accident, what Sean Kingston realized was really nearest and dearest to his heart was late-'90s video games. The Jamaican pop star has gotten himself some ink of the video game icon Mario, behind the wheel of a tiny automobile, a la classic N-64 VG Mario Kart. It's a weirdly aggressive looking tat for Mario Kart, like it's trying to maximize Mario's gangstaness, but it's still definitely a tattoo of a video game character from 15 years ago, which is...well, it's something, anyway.

Not to make light of Sean's horrific jet-skiing accident, but with knowledge of this tattoo...could it be that maybe he just slammed into one of those damn Mario Kart mystery boxes? The trick ones are so hard to spot!