Nick Offerman Is Fascinated By The Tweets Of Female Pop Stars 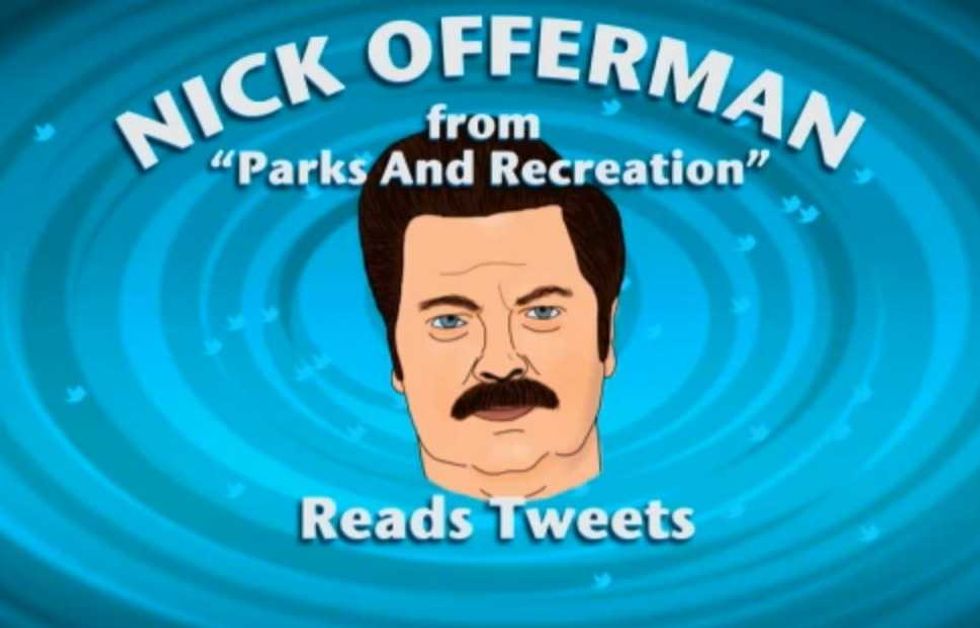 The beauty and the curse of Twitter is that it's so easy to use. Whether from your phone, laptop, iPad or soon to be contraption that delivers messages from your brain to the whole wide world via sparkly "thought raft" and trumpet fanfare, our ability to instantly connect is cool, but also sets us up for ridicule. (You really needed to tweet about eating another piece of pizza while watching Designing Women, didn't you?) While maintaining a social media presence has been integral to celebrity's brand-building, there are many who don't just tweet about album release dates and song premieres. Aside from Tyler, the Creator, young female pop stars seem to be the most guilty of telling us what's on their mind—even if it's stupid. But what if you don't have Twitter, how ever will you keep up with all the inanities that have come from their fingertips?

That's where Conan O'Brien and Nick Offerman come in. In an attempt to do a service to his viewing community, Coco has hired the Parks and Recreation star and noted woodsman to combine a lesser known hobby of his with that public, grizzly persona. "In addition to acting, Nick is passionate about two other things: working outside with his hands and reading tweets from young female celebrities," O'Brien announced on his show Wednesday night. And thus the marriage of shallow messages from Disney stars and daughters of Billy Ray with a very large chainsaw was born. Keep those fingers crossed that this will become a recurring feature. Sure, Selena Gomez's crazy socks party and Taylor Swift's tendency to YouTube "adorable" late into the night may not be as illicit as anything Offerman's character has done with Tammy 2, but not everyone can be Ron Fucking Swanson. Watch below.