Nicki Minaj And Rihanna's "Fly" To Debut At VMAs Pre-Show 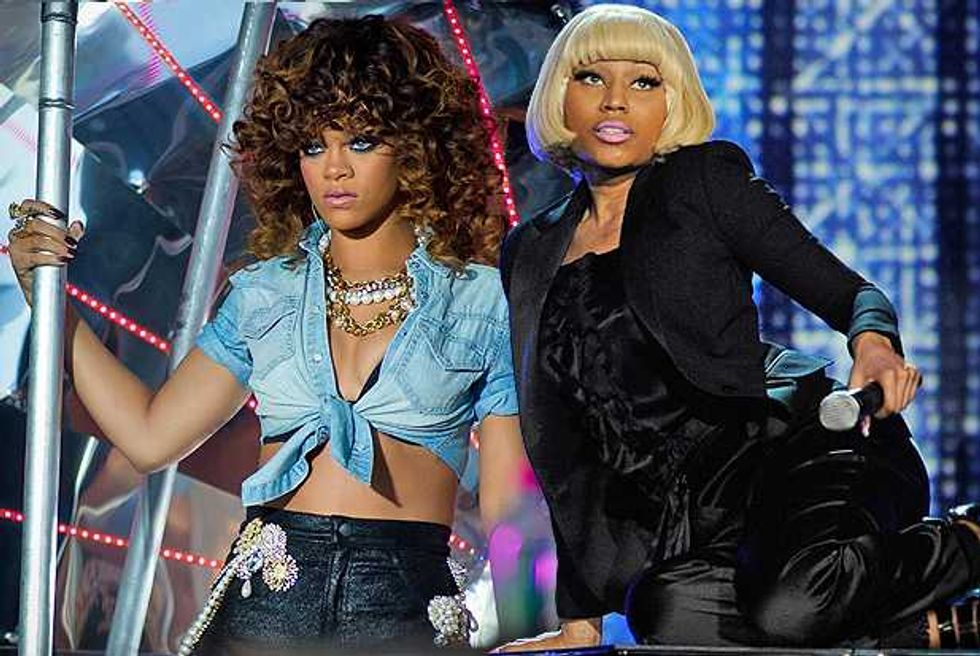 Pink Friday is getting quite a lot of mileage, but that's what happens when you get a surprise hit ("Super Bass," although you knew that) so far into the album cycle. "Fly," a Rihanna collaboration and about as poppy as "Super Bass," had a video in process as early as January; now, the entire thing will air at the MTV Video Music Awards' pre-show. Oh, MTV. You and your never-ending stream of miniature announcement-lets.

No, we're justified in saying this. What do we know about the video? Not much; it was directed by Sanaa Hamri, who also directed the Best Rap Video-nominated "Super Bass," and judging by a photo Rihanna posted way back when, it will definitely feature Rihanna, Nicki and duckface. Seriously, you try extrapolating more about the video from that picture.

Have shopping philosophies changed? Or have trends?