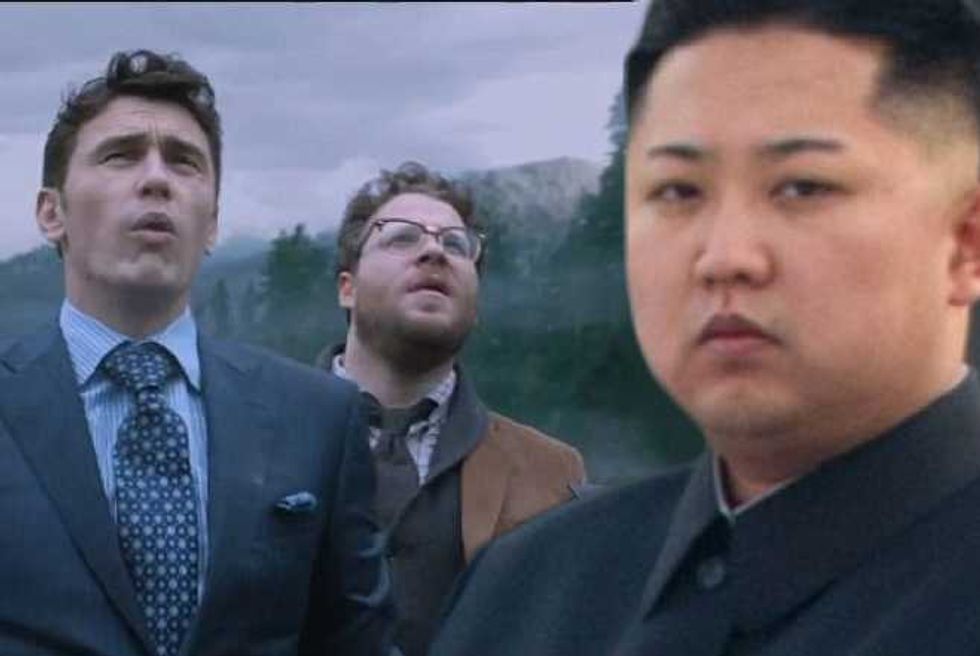 James Franco and Seth Rogen can cross North Korea off the press tour for their upcoming movie The Interview.

The comedy has already received a frosty reception in the communist state and it hasn’t even been released.

The plot line may have something to do with it.

Franco and Rogen star as two celebrity journalists who are recruited by the C.I.A. to assassinate Kim Yong-un after securing an interview with him.

Kim Myong-chol, the executive director of the Centre of North Korea-U.S. Peace, told the U.K.’s The Telegraph newspaper, “There is a special irony in this storyline as it shows the desperation of the U.S. government and American society.

“A film about the assassination of a foreign leader mirrors what the U.S. has done in Afghanistan, Iraq, Syria and Ukraine.

“And let us not forget who killed [President John F.] Kennedy – Americans.”

Jong-un’s associate – and the country’s “unofficial spokesman” – then went on to warn the current White House resident. He said, “In fact, President Obama should be careful in case the U.S. military wants to kill him as well.”

Not content with telling the U.S. president to watch his back Myong-chol then dismissed Hollywood films saying they are “full of assassinations and executions.”

But he praised British movies, saying, “James Bond is a good character and those films are much more enjoyable.”

That’s not what the country was saying about Die Another Day in 2002, which featured Pierce Brosnan’s Bond battling North Korean forces.

At the time the state media slammed the film as being “dirty and cursed.”

Franco and Rogen can take heart though. Myong-chol says basketball-loving Jong-un will probably watch the film.