20+ Photos | Kate Middleton's fashion-sense, has evolved over the years, much like Madonna

FASHION | Pictures of Kate and Madonna throughout the years. How they have changed?

Two Icons that set the trends over the years, even decades of fashion.

The world of fashion is often dictated by the famous and in this case Kate Middleton has stayed consistent with trends in style. Middleton may not have been born into royalty, but she certainly knows how to wear it well. She has cultivated a friendship with Madonna, who also has a huge impact on what people wear.

Middleton, who became the Duchess of Cambridge after her marriage to Prince William in 2011. She has become accustomed to living most of her adult life followed by the press. In that time, she's become a major fashion icon. In fact, her style is so beloved, she's created a phenomenon called the Duchess Effect: When Kate wears something, it almost instantly sells out.

The Queen of Pop has rocked many risky outfits as well, putting them both at the height of fashion. When Madonna wants to chat, there's only one person in Britain she turns to. The Material Girl can't help but gush about her love for royal couple Wills and Kate. She has even taken advice from Madonna when some nude photos had surfaced of the Royal beauty. The couple had recently sued the tabloids for invasion of privacy for some other topless photos that had surfaced.

"I like Kate Middleton and think she's quite chic and intelligent. I hope she's a fan of mine, too.

Now the Queen of Pop is eyeing up the nation's new sweethearts for a future big-screen project: "I think maybe it is too soon to make a film about William and Kate but I definitely would if I could wait a decade first. Madonna has become ­obsessed with British royalty while living on-off in the UK, and she has spent the past three years researching and recreating the love story ­between Wallis Simpson and Edward VIII.

"Wallis and Edward's world was so diverse and ­complex and it was a privilege and ­honor to be ­surrounded by a wealth of ­history... They were such interesting characters and were ­surrounded by so many ­interesting people. I never got bored of their story."

Check out some of the wild outfits they Madonna and Kate have proudly flaunted... for better to worse. 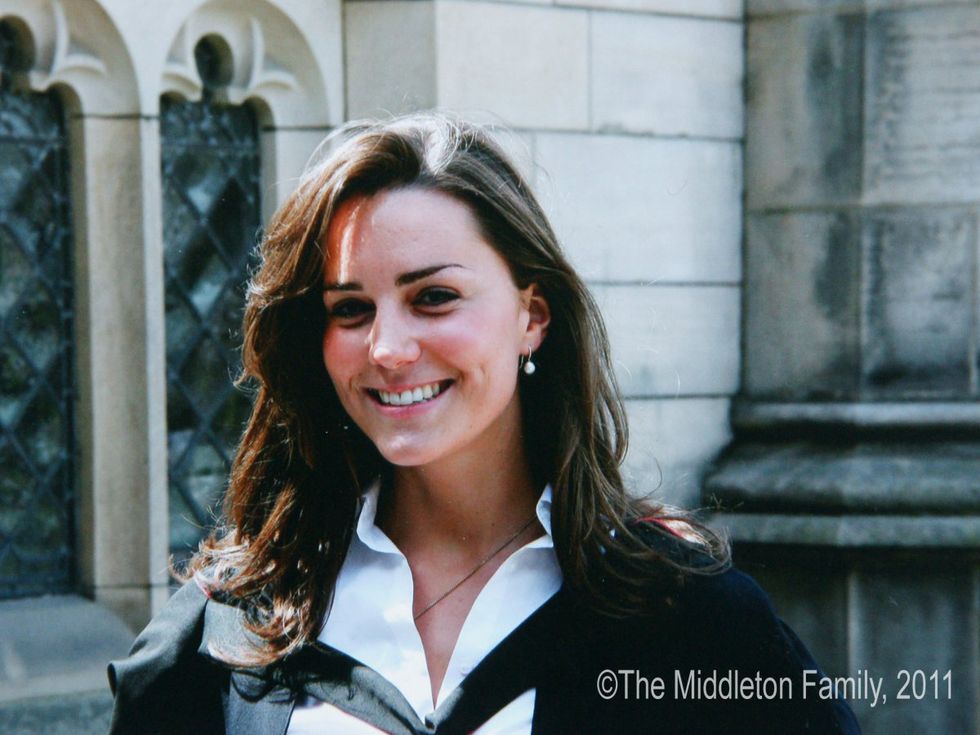 By the time Kate earned her diploma in the history of art, she and Prince William had already been dating for about two years. Kate loves to wear delicate jewelry with her outfits. (Getty/Handout) 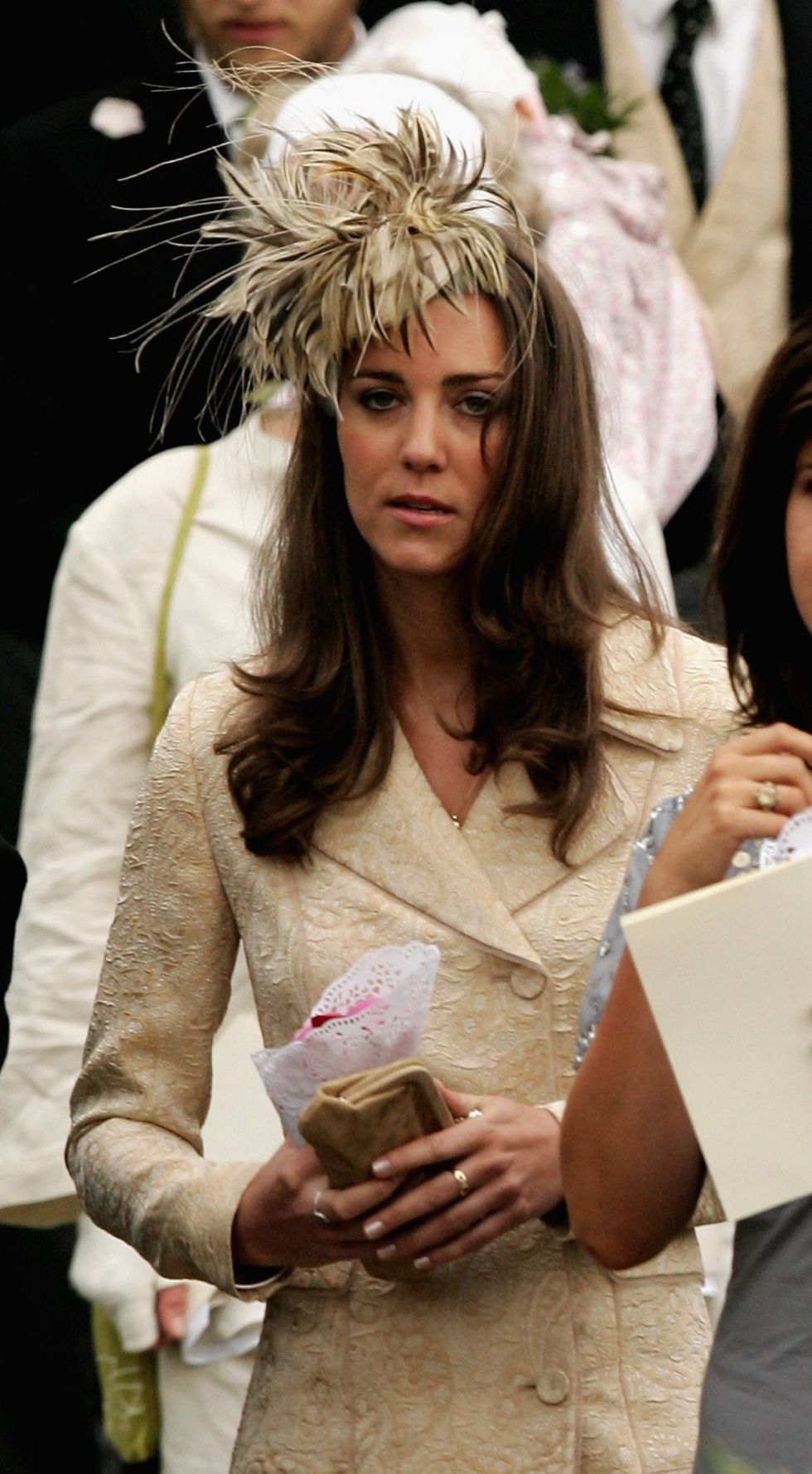 She tried out an eccentric feathered hat as William's wedding guest in 2006. Kate has worn statement hats on a number of occasions. (Getty/Chris Jackson) 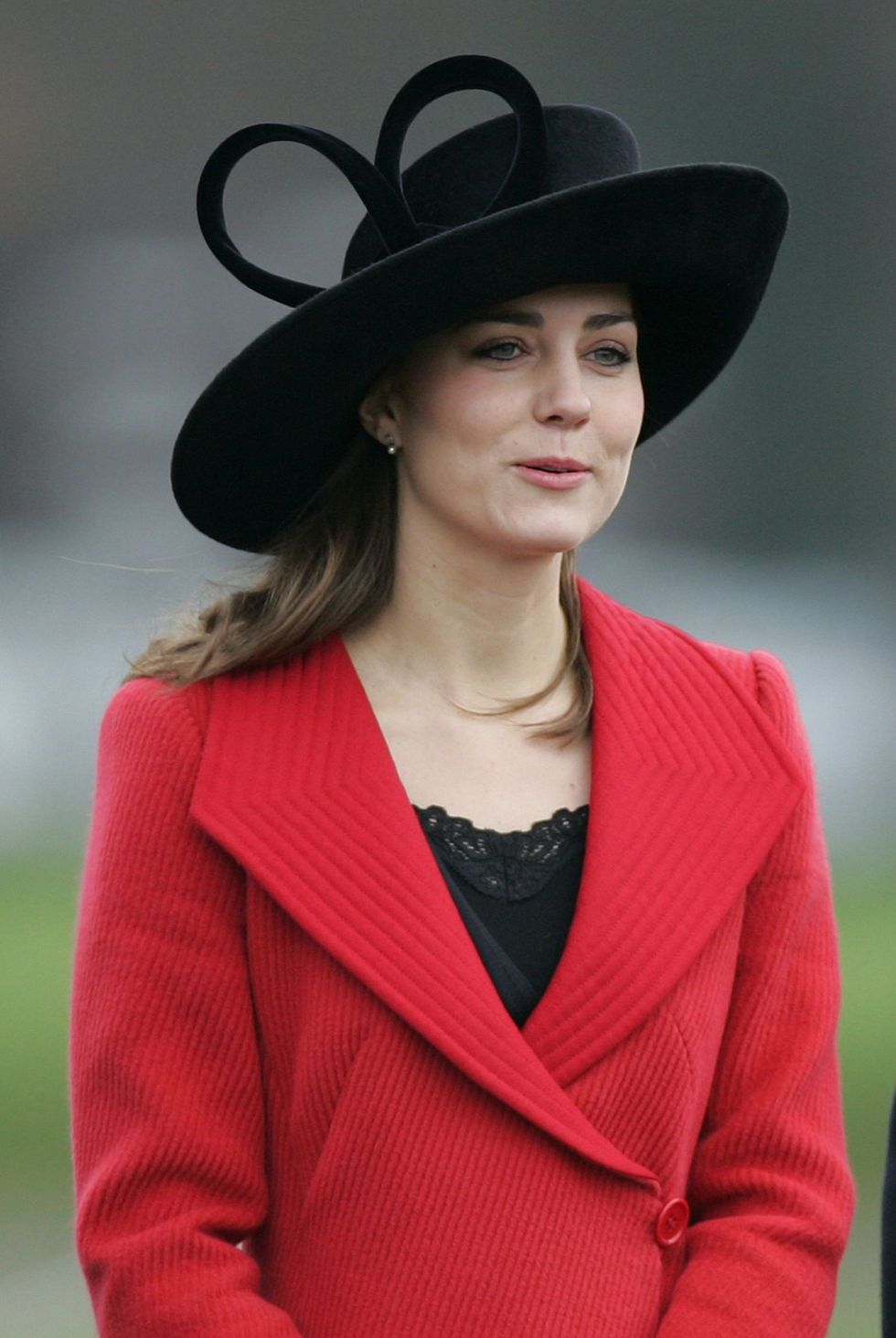 A few months later, she rocked a hat with ribbons shaped like a giant heart. The large hat and bright color of her jacket are far from her more subdued style. (AP/Kristy Wigglesworth) 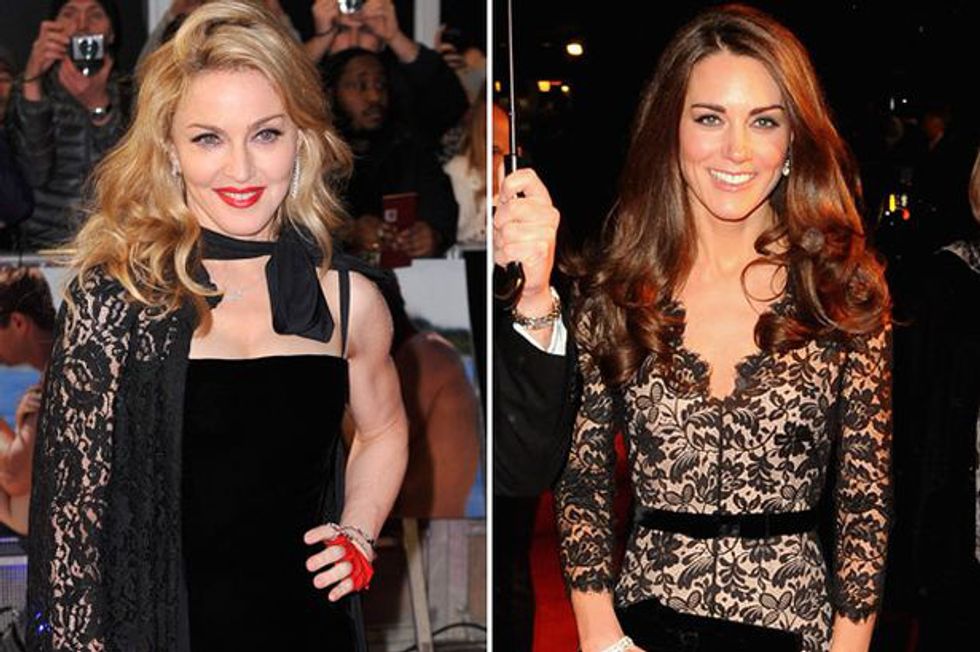 Side by Side (Mirror) 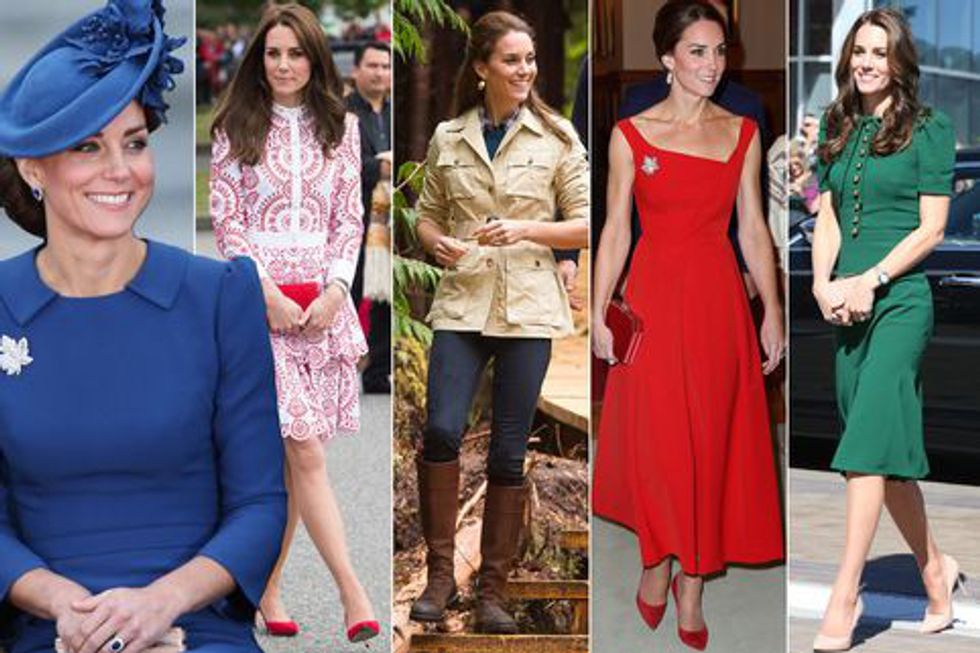 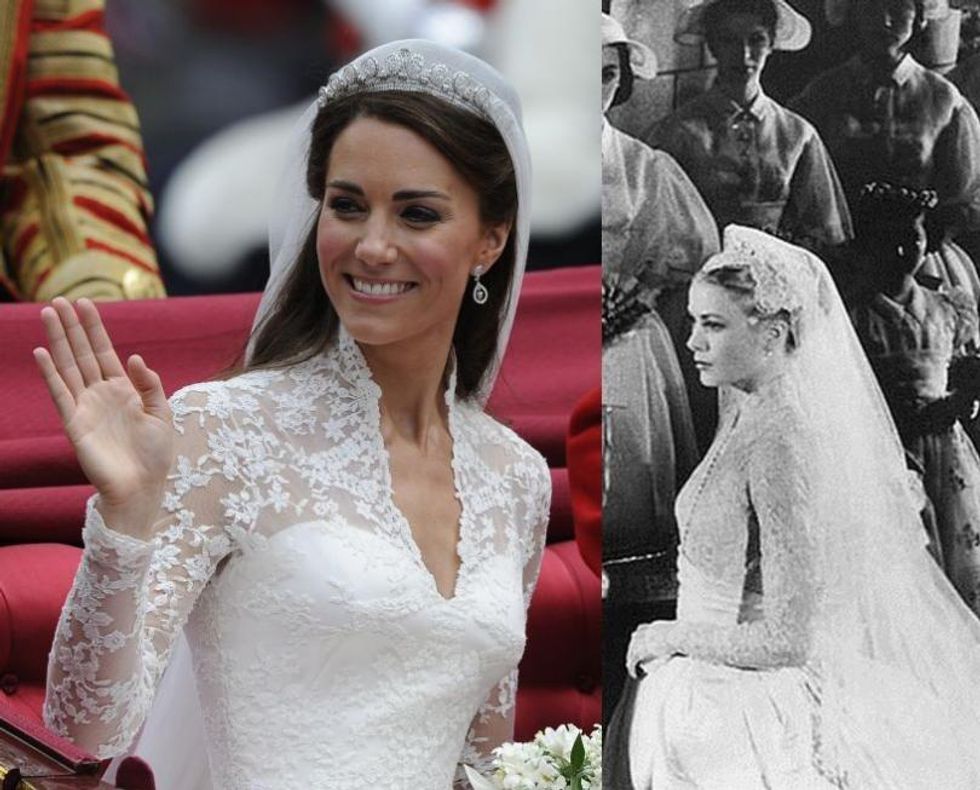 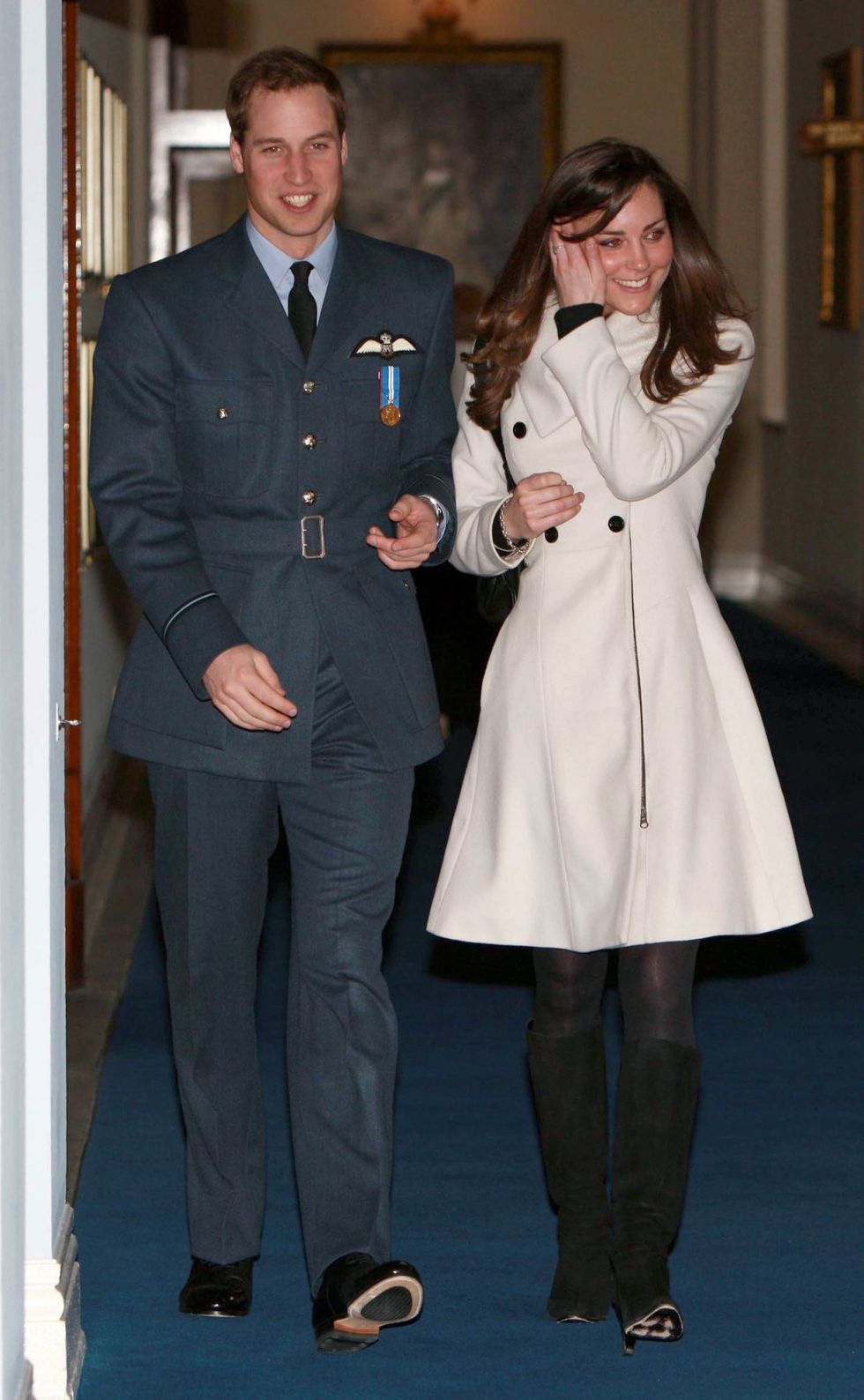 Kate loves to wear A-line skirts, like the one on this coat. (AP/Michael Dunlea) 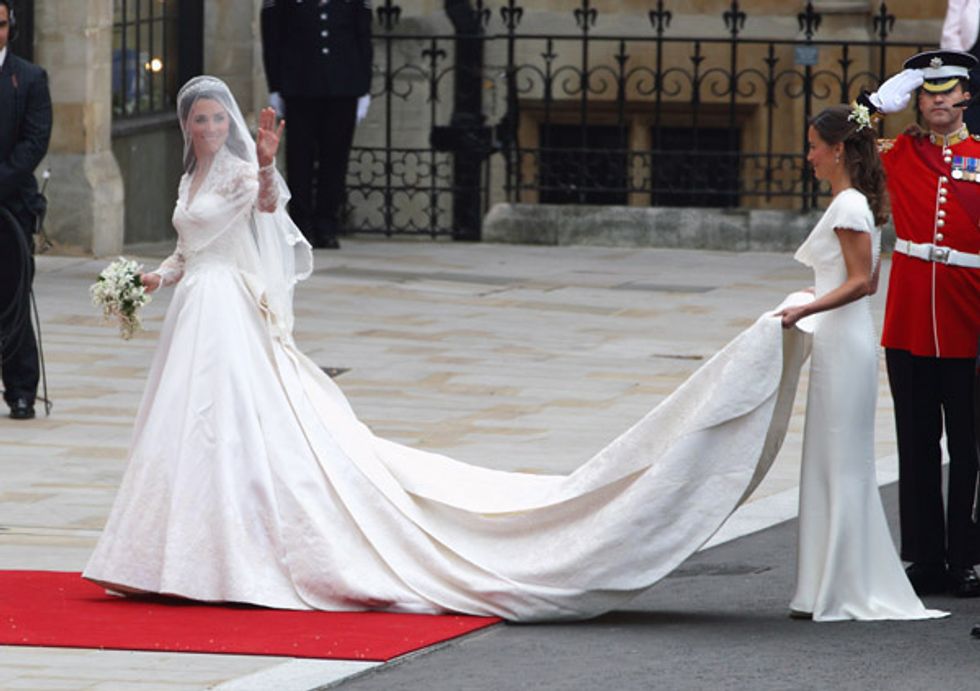 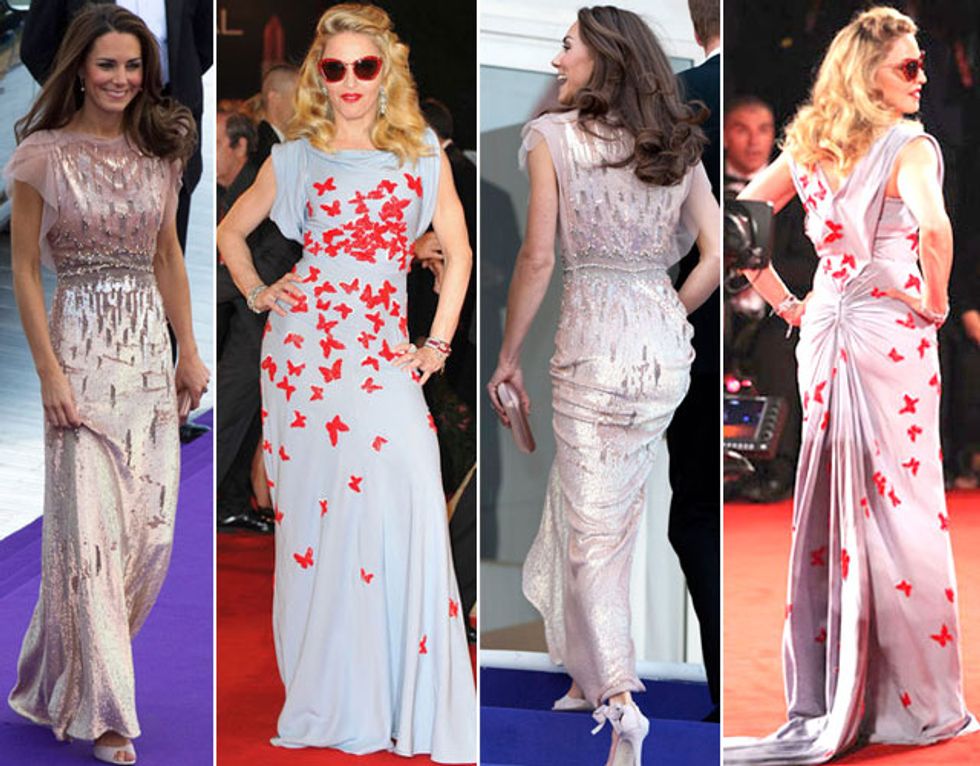 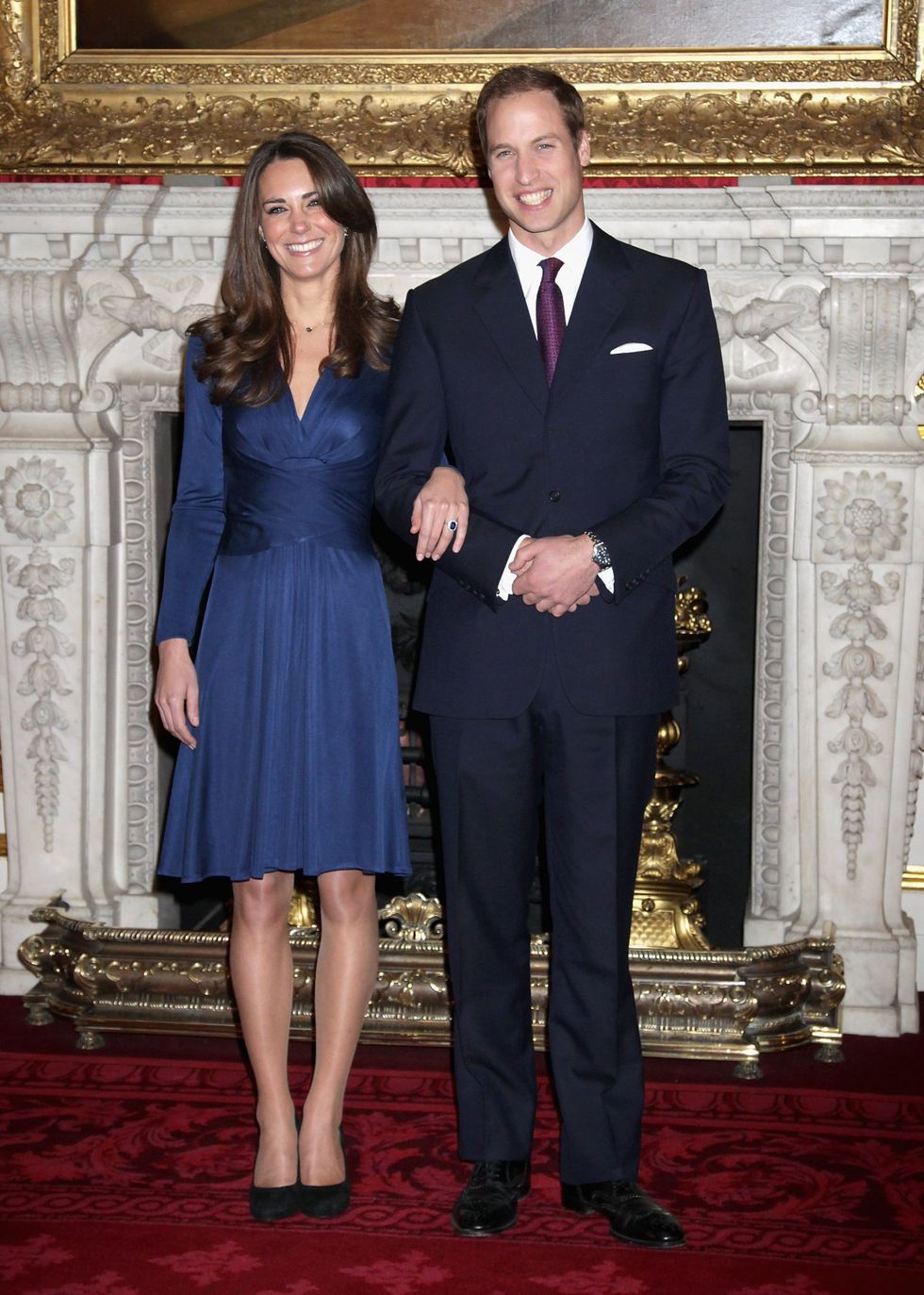 Her royal navy dress is one of her most iconic looks. (Getty/Chris Jackson) 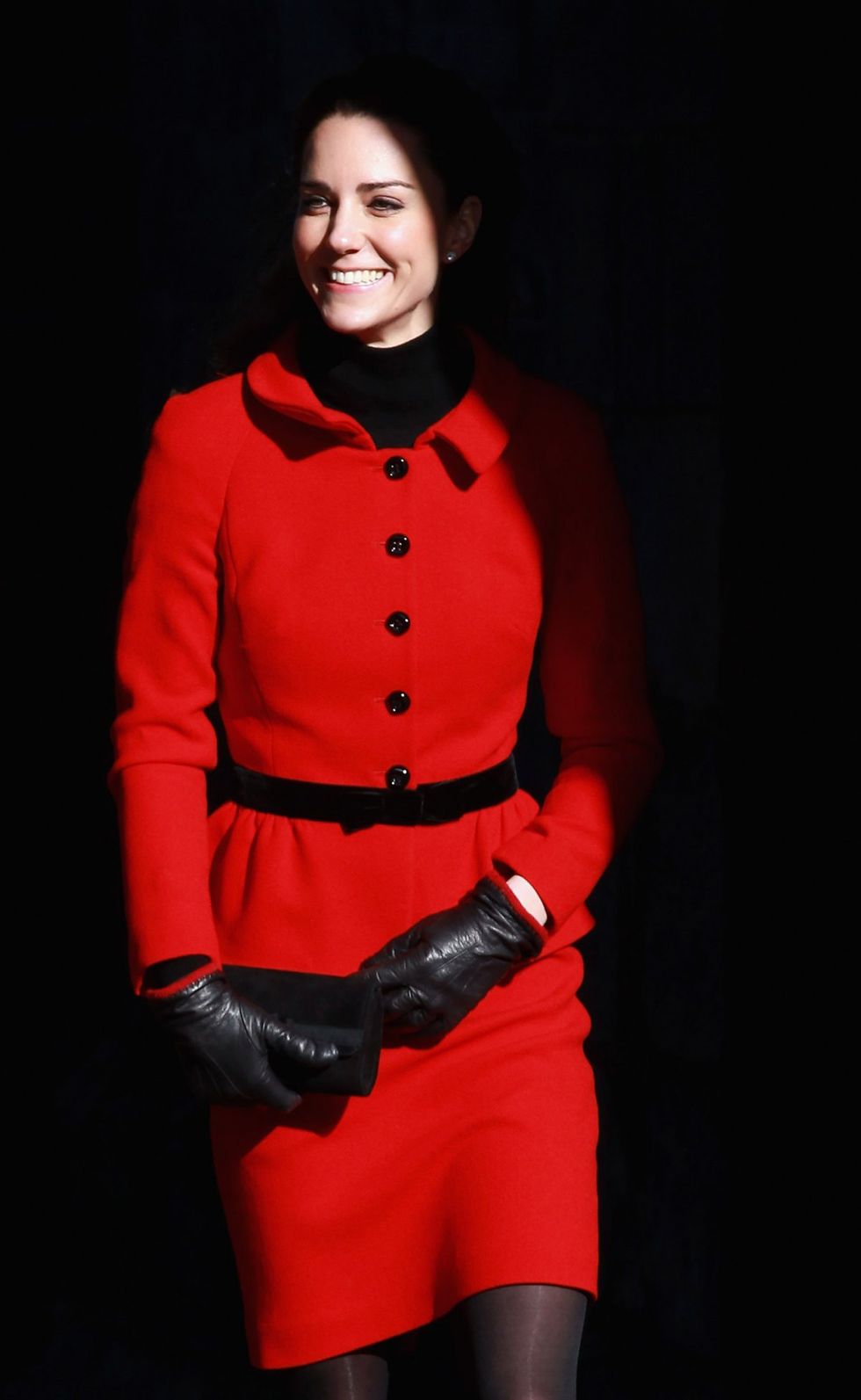 Red is her favorite. She paired her retro outfit with a pair of red-lined black leather gloves.(Getty/Chris Jackson) 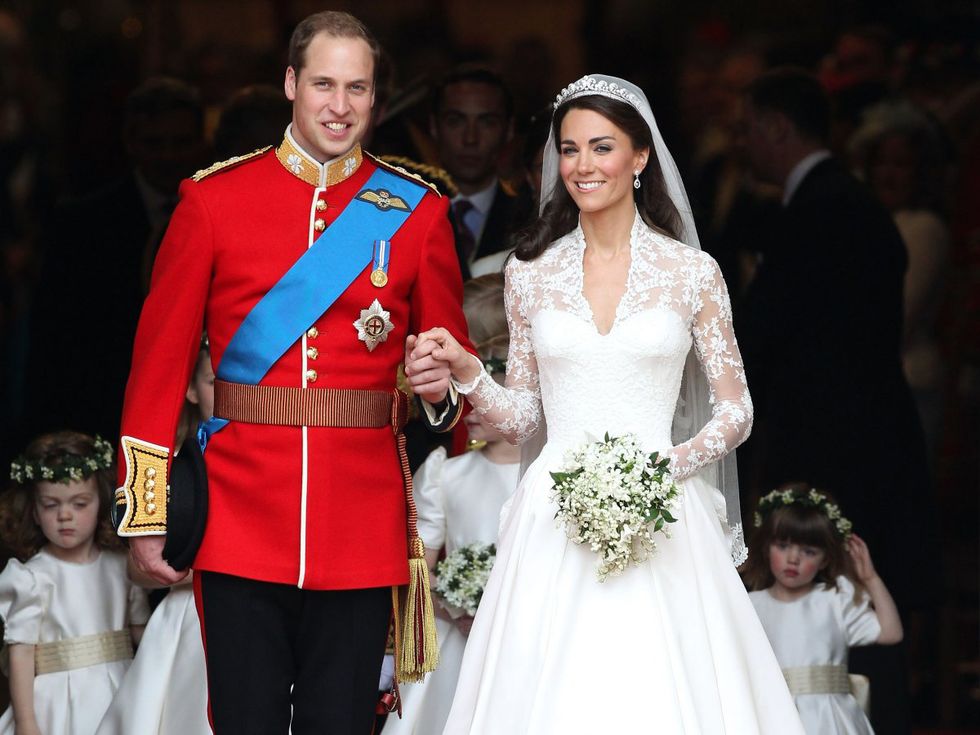 Kate's favorite flowers were incorporated in the lace design of her dress. (Getty/Chris Jackson) 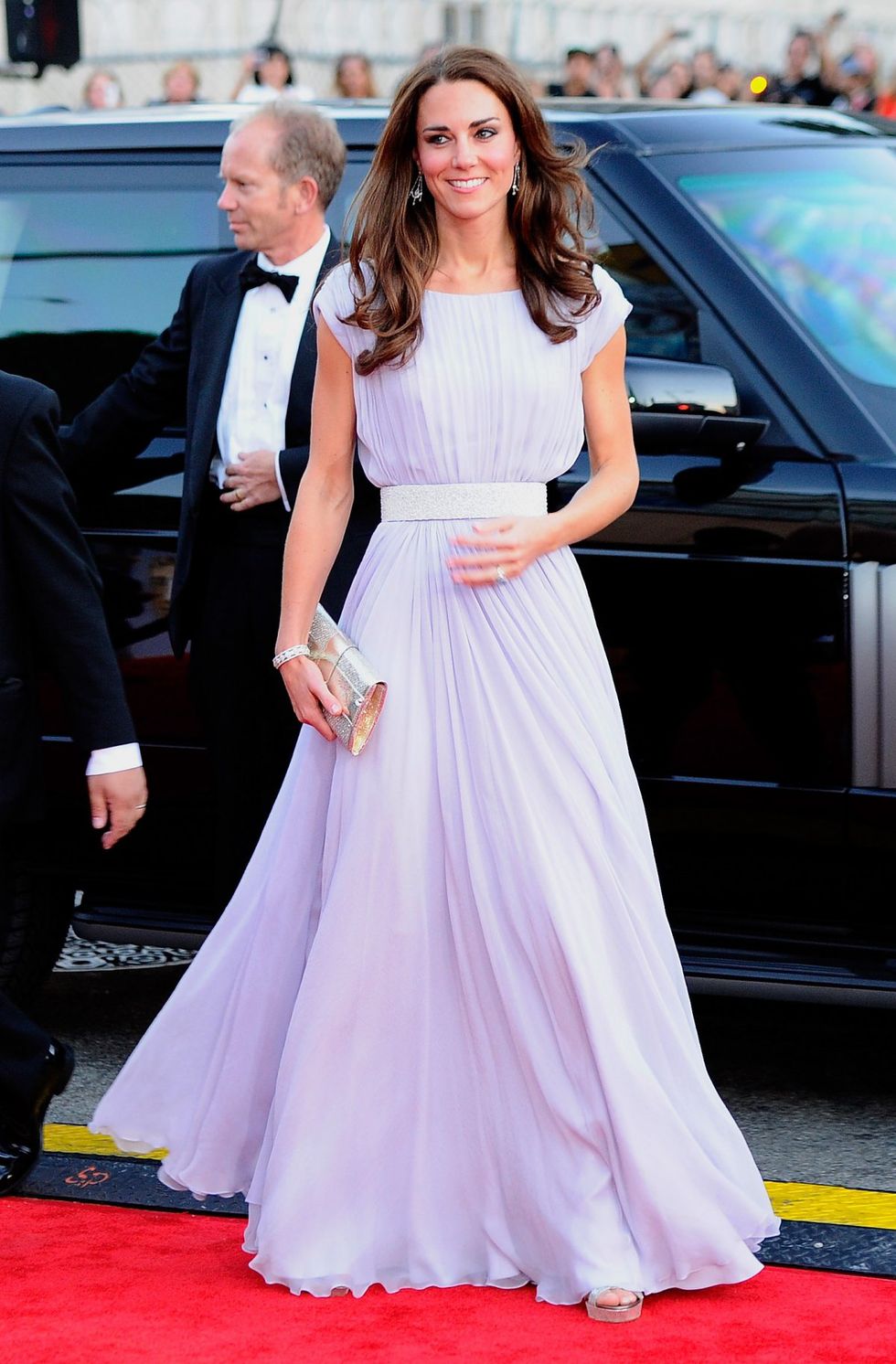 Many of Kate's dresses are pinched in at the waist. (Getty/Kevork Djansezian) 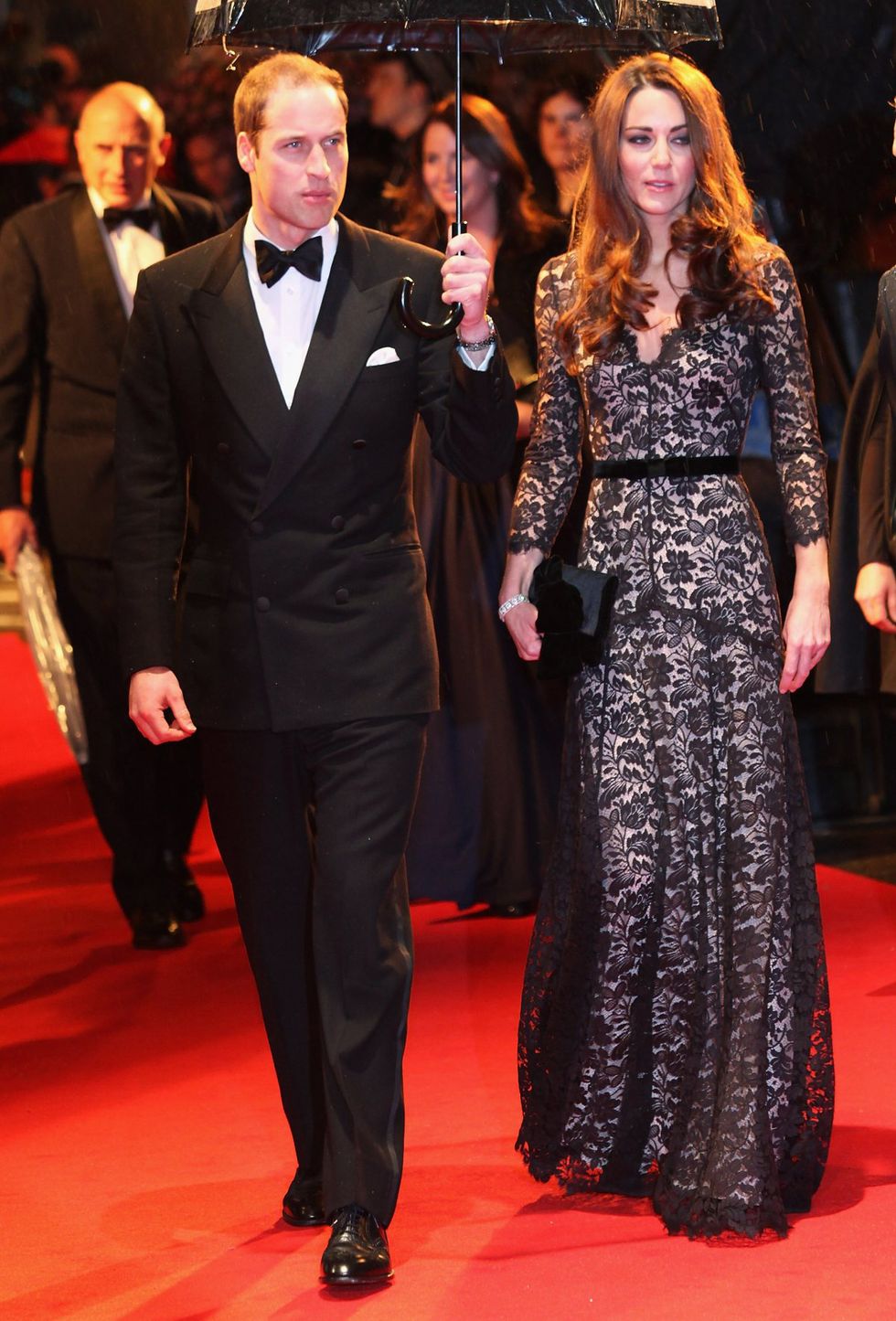 The Duchess is a fan of lace, and has worn it in various colors and styles. (Getty/Tim Whitby) 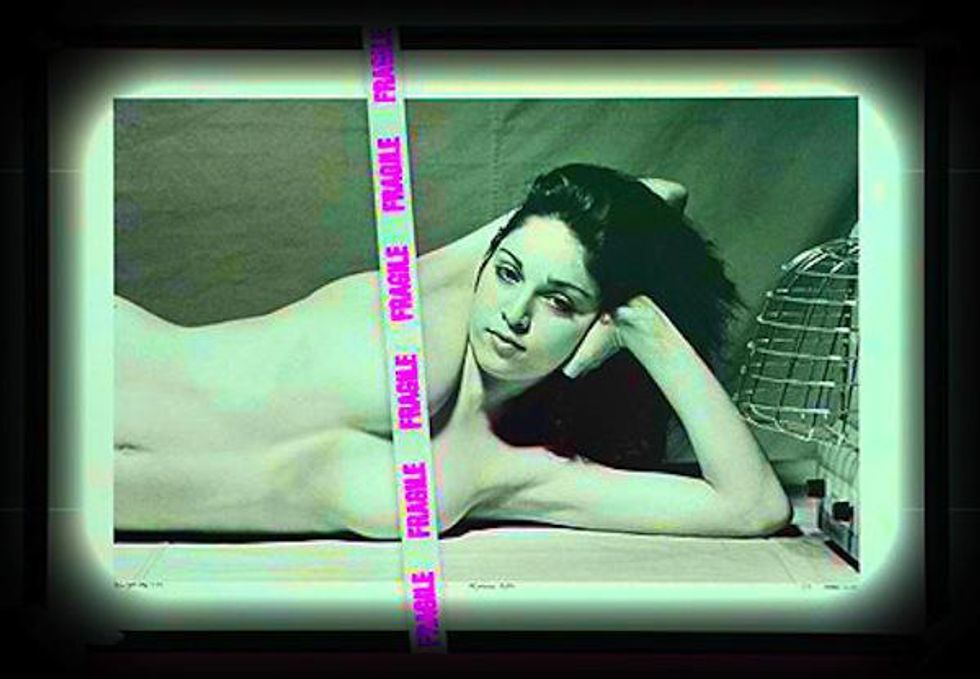 Kate has even taken advice from Madonna when some nude photos had surfaced of the Royal beauty. (Artlyst) 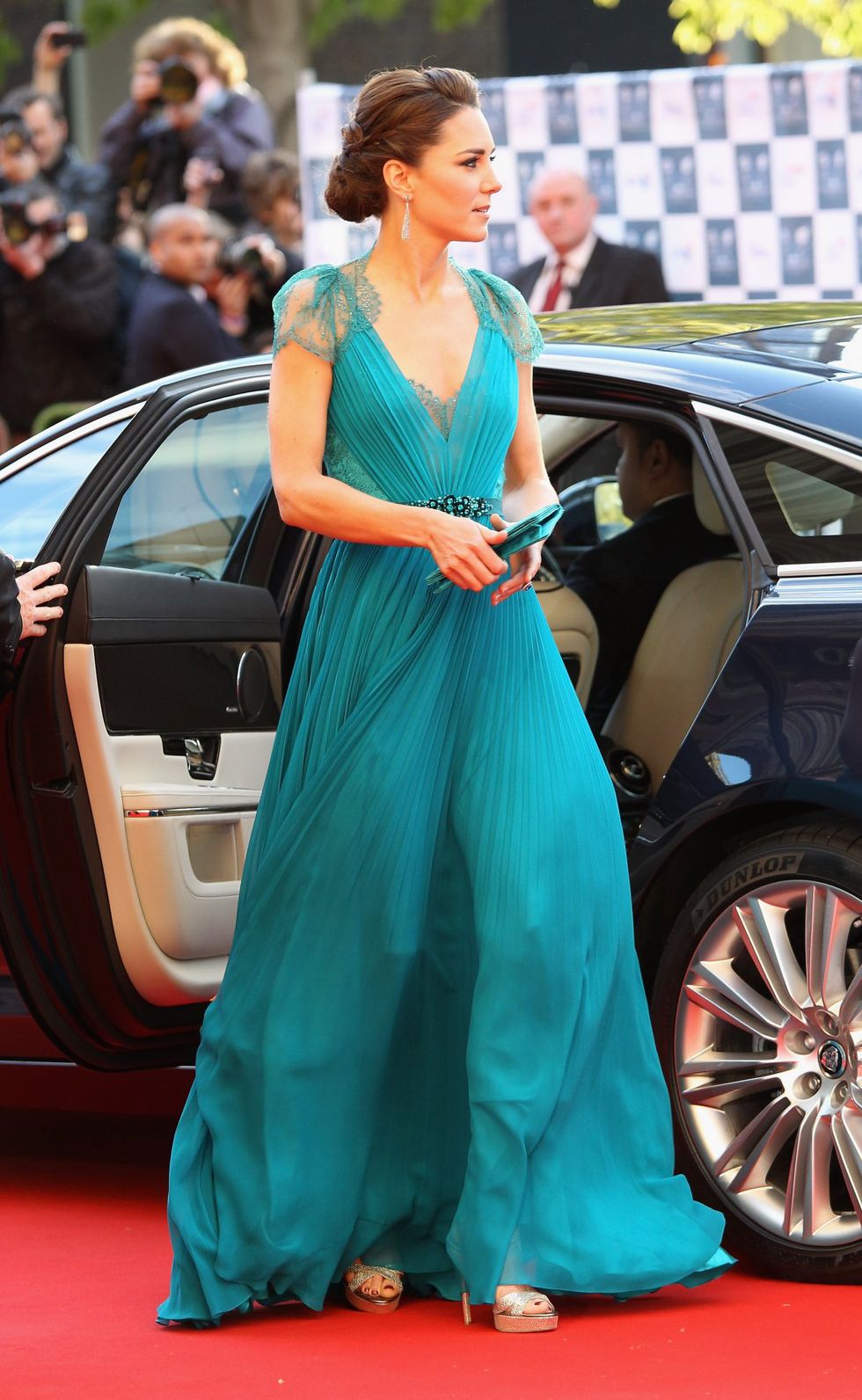 This dress is similar to another lavender dress. (Getty/Chris Jackson) 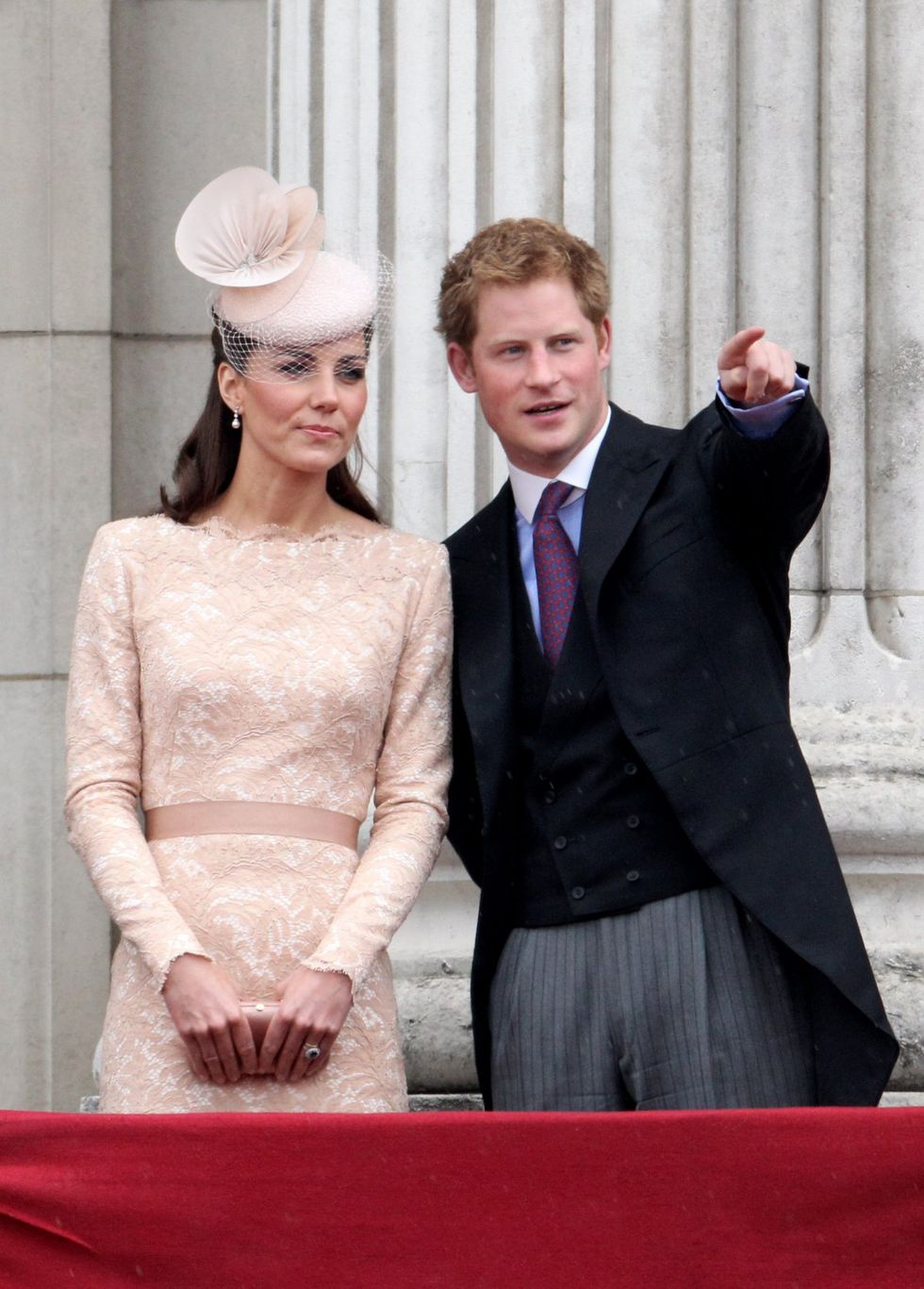 Kate chose to wear lace with a fascinator and veil. (Getty/Oli Scarff) 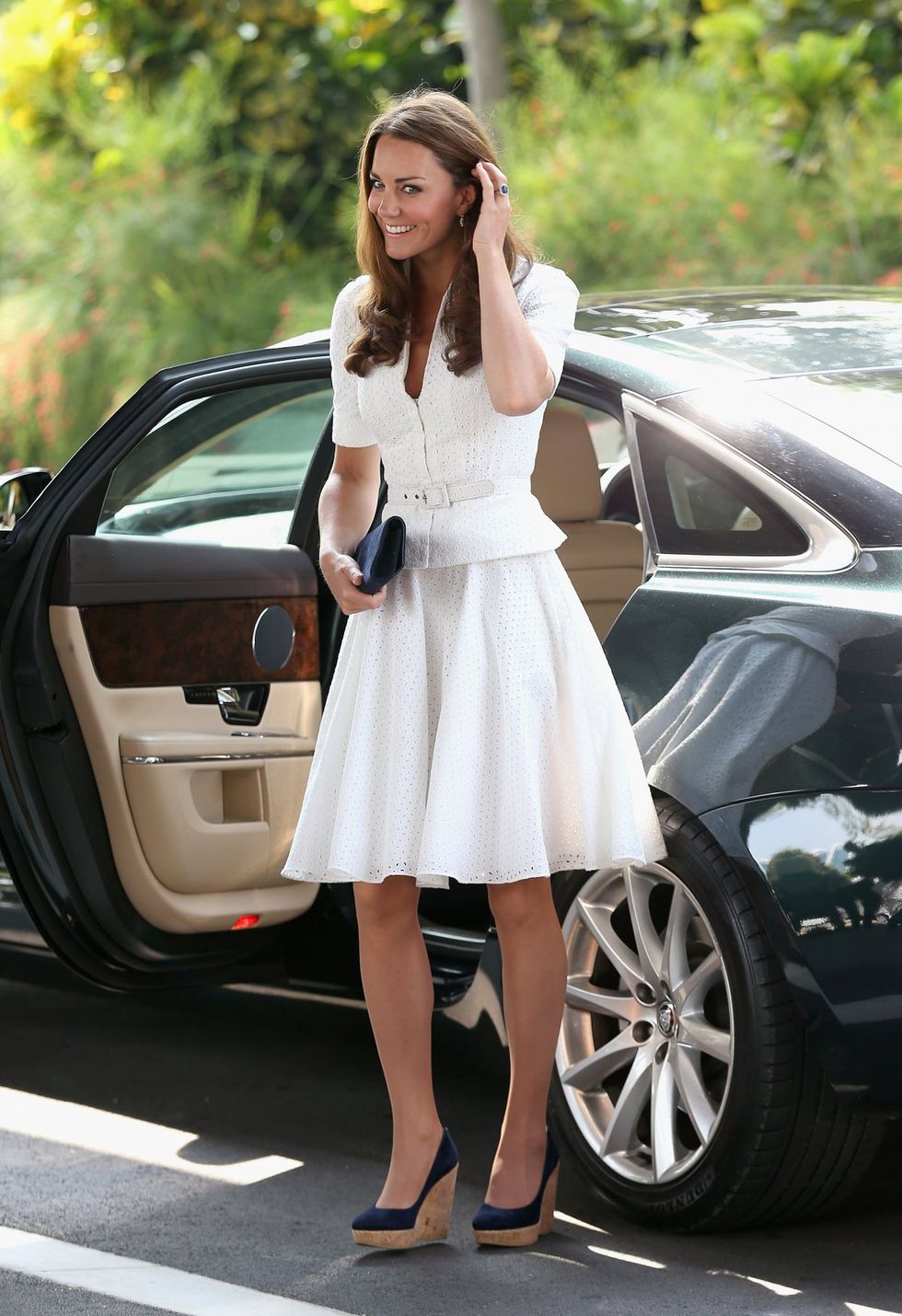 She pulled off the peplum style with this skirt-suit. (Getty/Chris Jackson) 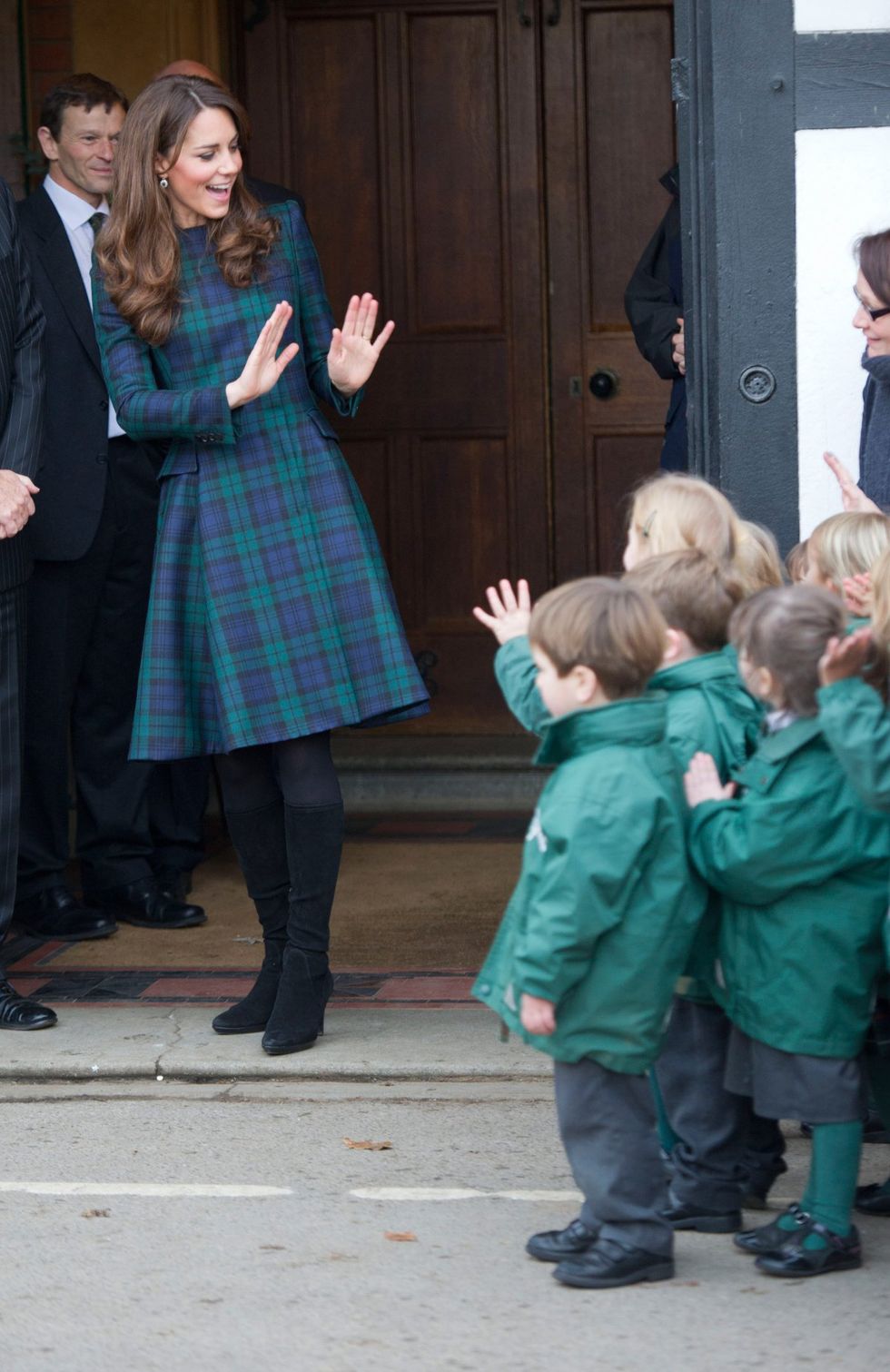 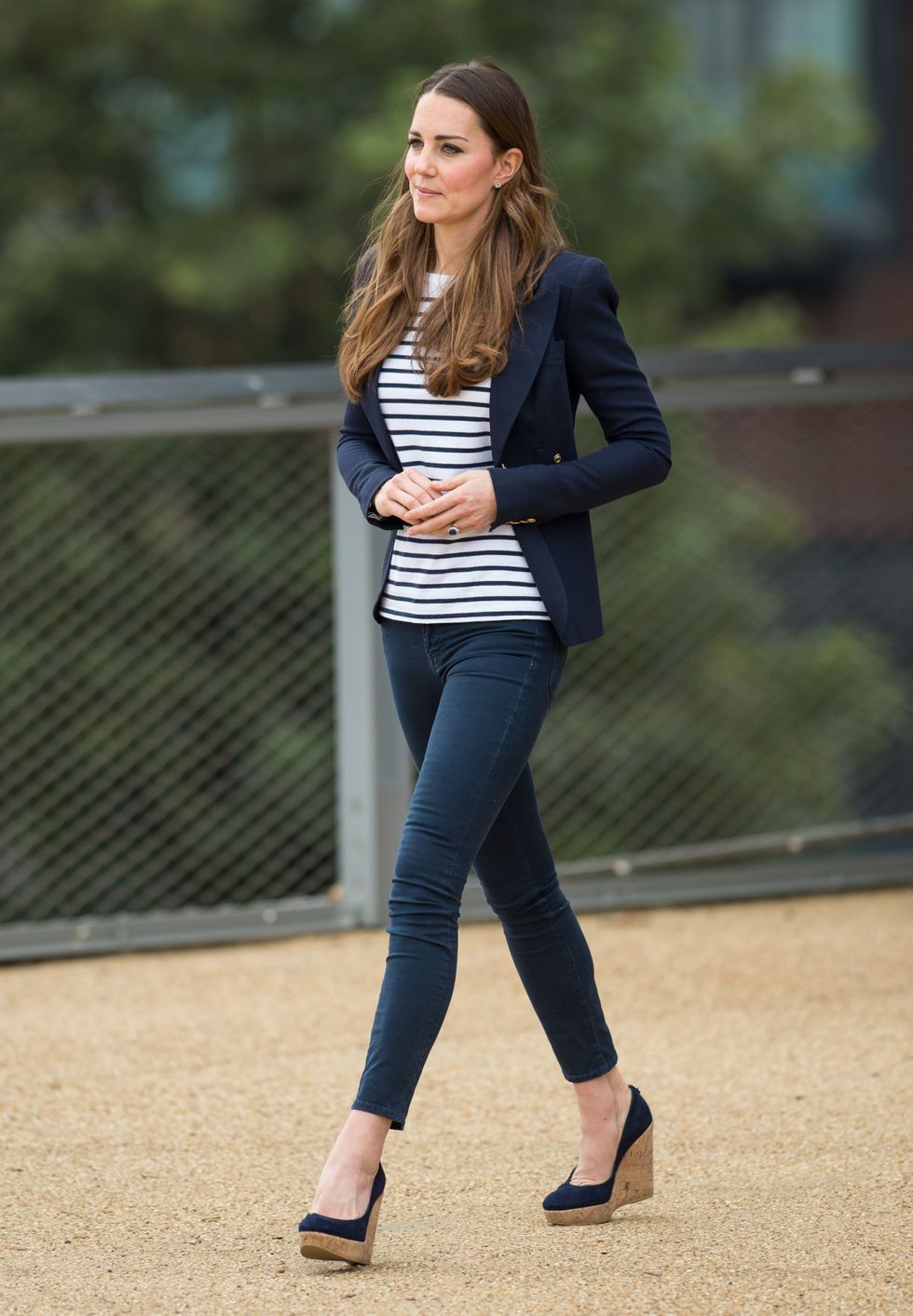 She often repeats outfits, and has worn those wedge heels before. The striped tee is still one of her favorites. (Getty/Ian Gavan) 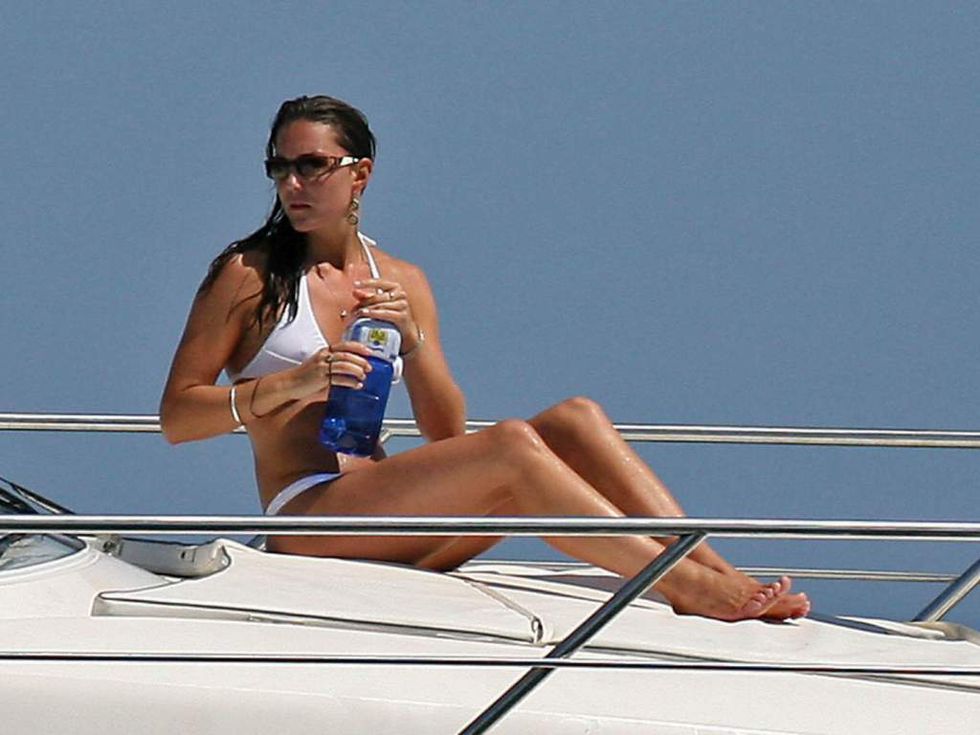 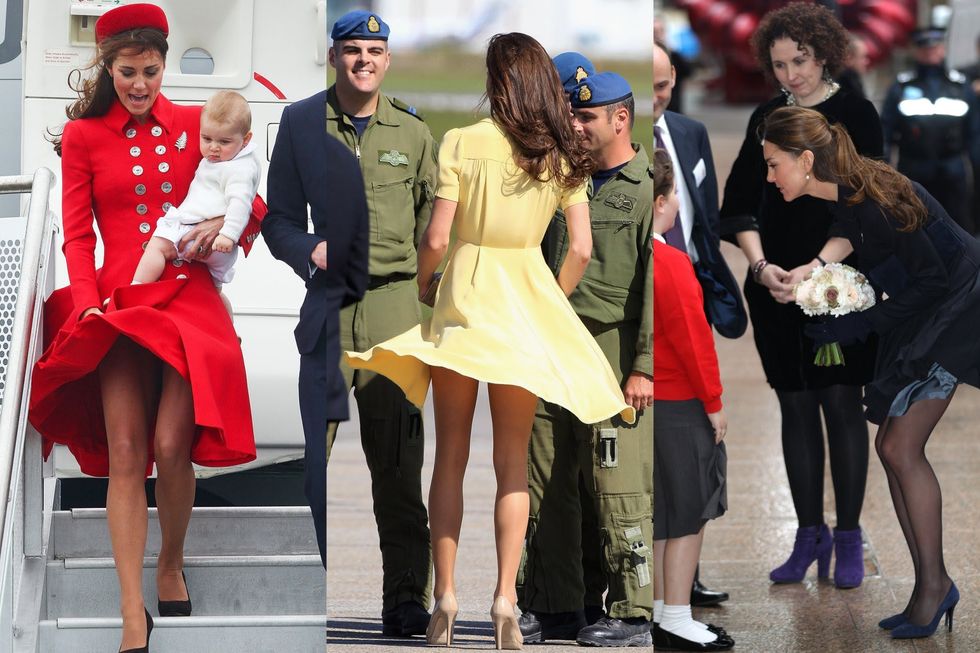 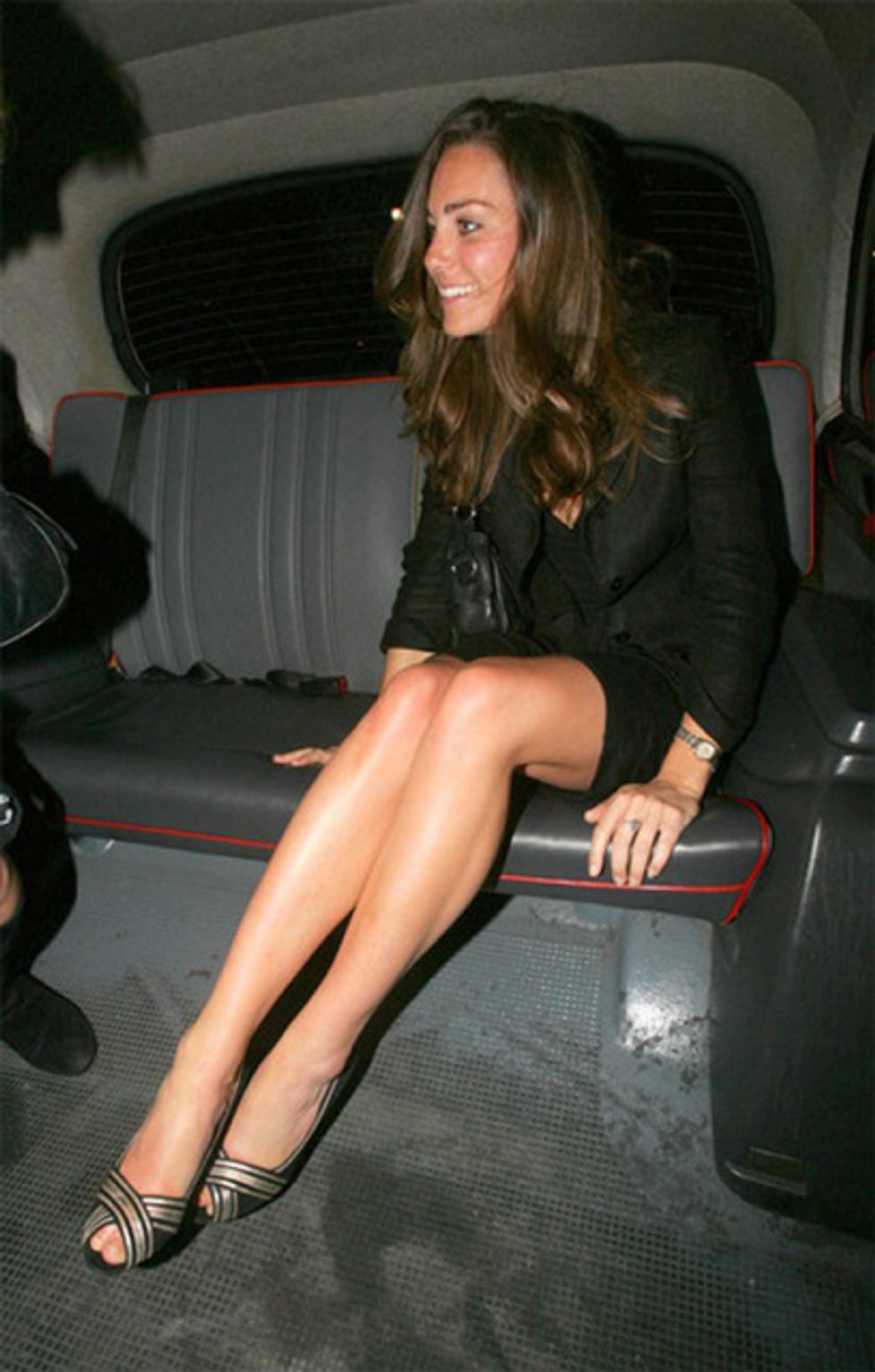 Dan Victor is editor in chief of Popdust and producer of Popdust Presents. He is also a music producer, bassist for Low Profile (live hip hop) & The Coldpress (indie rap) and front-man for Ductape Halo (indie rock). Follow on Youtube.