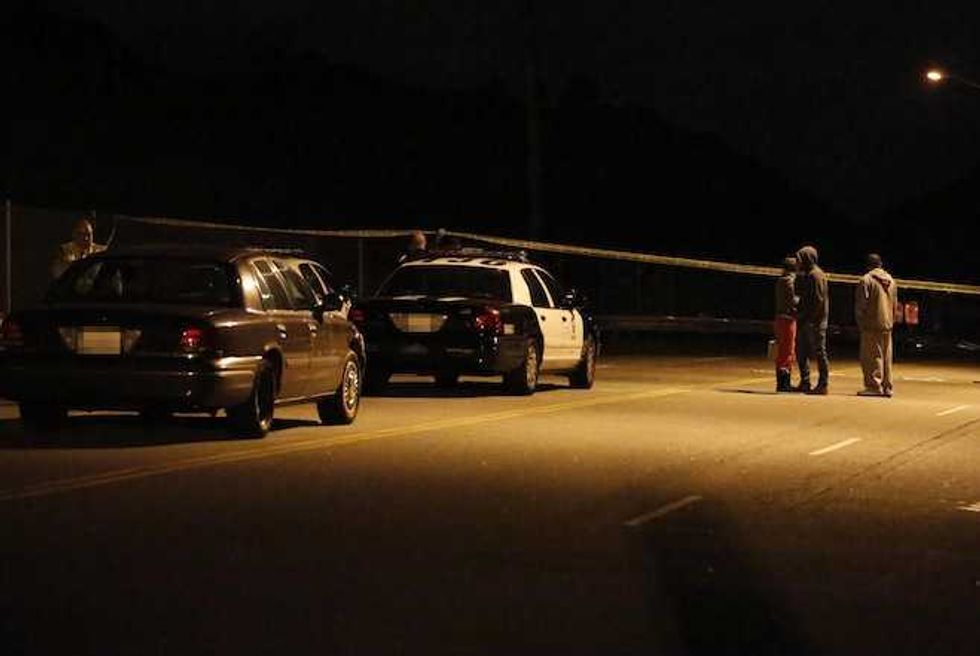 Well, this is horrifying: A paparazzo was struck and killed by traffic in LA on New Year's Day while taking pictures of Justin Bieber's Ferrari.

The car,  (UPDATE: new reports are saying that Bieber's rapper friend Lil Twist was driving the car when it was pulled over on the ramp) when the unidentified photographer approached the scene. Police twice asked him to leave the ramp; he did, after the second warning, and was hit while crossing the street back to his own vehicle. The woman who hit the photographer reportedly stayed on the scene to protect him from other cars, but he died at the hospital of his injuries all the same.

It's tempting to turn this into a karmic justice situation—"Ha, that'll teach 'em!" But guess what? The publications doing the scolding would be the same ones running the paparazzi pictures of Bieber's car getting towed had that story not been superseded by this larger one, and the same readers now bemoaning the paps' intrusiveness would have eaten it up. "We're all guilty" can be a lazy blame-shifter at times, but in this case, all of us in the game really are a little bit guilty. Unless we all collectively decide to stop reading and reporting on pop stars' every minor transgression, there's still going to be a constant demand for more info, more access—and the paps will try to fill it.

Even Bieber, the one most affected by the paparazzi's over-zealousness, was restrained in his criticism of the industry in his official statement on the incident:

While I was not present nor directly involved with this tragic accident, my thoughts and prayers are with the family of the victim. Hopefully this tragedy will finally inspire meaningful legislation and whatever other necessary steps to protect the lives and safety of celebrities, police officers, innocent public bystanders, and the photographers themselves.

What specific legislation Bieber has in mind he did not say, but a bill is pending in LA that would impose harsher penalties on photographers who break laws in pursuit of celebrity targets.