One Direction Hitting The Road For North American Tour 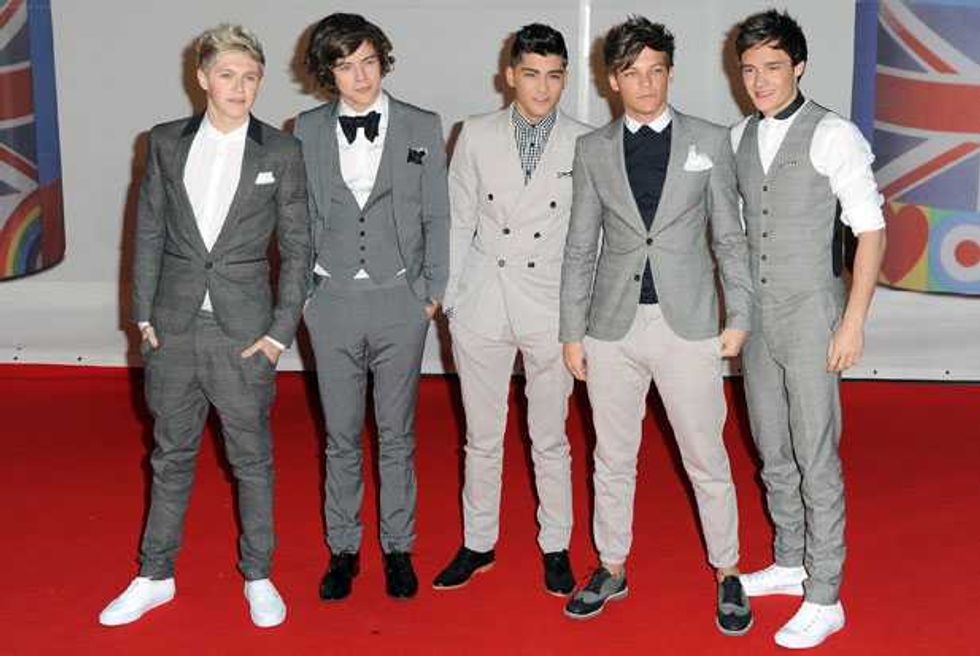 After opening for Big Time Rush this spring, One Direction is taking the success of their debut album Up All Night on the road again, this time in their first headlining North American tour. The group announced their upcoming dates on Wednesday, following news that they now have the No. 1 album in the country. Together, what we thought was an average Wednesday in late March has now become better than Christmas, the last day of school and your birthday combined. Right, Directioners?

The 20-city swing begins Thursday May 24 in Fairfax, Virginia, and will make stops in major cities like New York, Toronto, Boston, Las Vegas and Los Angeles through July 1, with more dates to be announced. You've been given another chance, Beantown. Don't disappoint. As they're traversing across the roads of the U.S. and Canada, all that downtime on the bus should help them brush up on their boy band knowledge. Hopefully all venues are cool with double-decker buses driving on stage, if only so the group can maintain their excellent string of performance entrances. Tickets for upcoming shows go on sale March 24. Check out the list of dates and locations below.