One Direction Leaves "Today" Viewers In A Tizzy 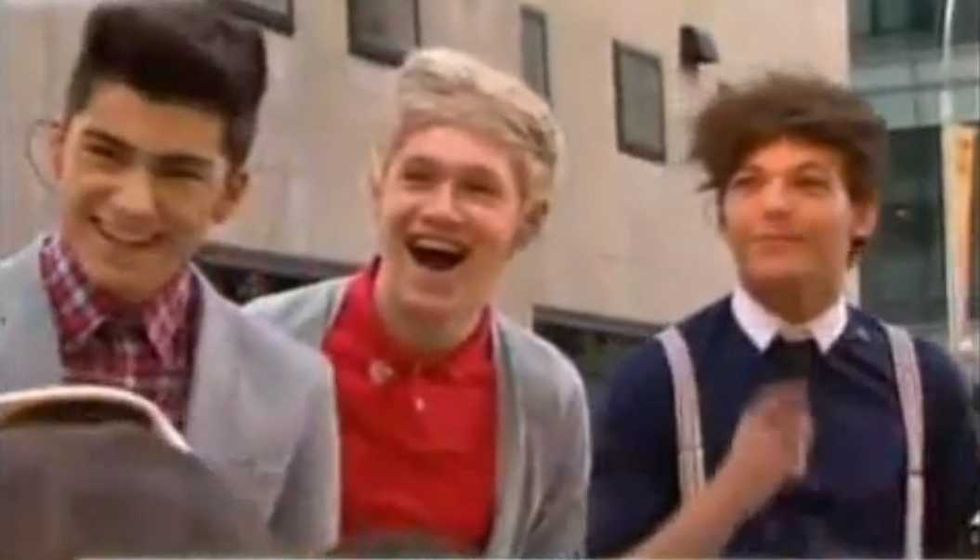 One Direction just performed on Today. Are you still with us? After a few repetitive, suspense-building checks of the weather, Ann Curry and Matt Lauer finally let 1D make their national television debut on Monday morning, entering New York's Rockefeller Plaza on a red double-decker bus reminiscent of their "One Thing" video. Escorted by a few burly men through the shrill crowd that reportedly began congregating on Friday, 1D was given a few complementary measures to adjust their blazers and vests before Harry instructed New York City to "make some noise!" From then, all it took was the first note of "What Makes You Beautiful" for things to turn to absolute mayhem, as cameras found every brace-faced, sign-yielding superfan (and Hoda Kotb!) frantically trying to capture the moment on a cell phone. We've missed this.

Along with performing "One Thing" and "More Than This," the group was subject the requisite questioning in between numbers.  Liam has perfected his role as frontman, giving a respectful and sensible answer to even those matters he can't control whatsoever—although if the London Olympic committee can't find a way to fit these guys in somehow, Louis is happy to be an alternate hurdler—while Niall uses every opportunity he can to genuinely thank the crowd for their devotion. Finding his own Irish flag, the sole blondie explained how today's show was doubly exciting since his mom was in the audience—cut to an endlessly cute Irish woman brimming with pride. The effects of these barely legal members were not solely reserved for their teenage fans, as Savannah Guthrie tripped up on her questioning (don't you listen when Niall is speaking?) and Ann awkwardly started hugging each member at interview's end. That should make up for naggy Uncle Matt pestering them about a five-year plan. Watch below.