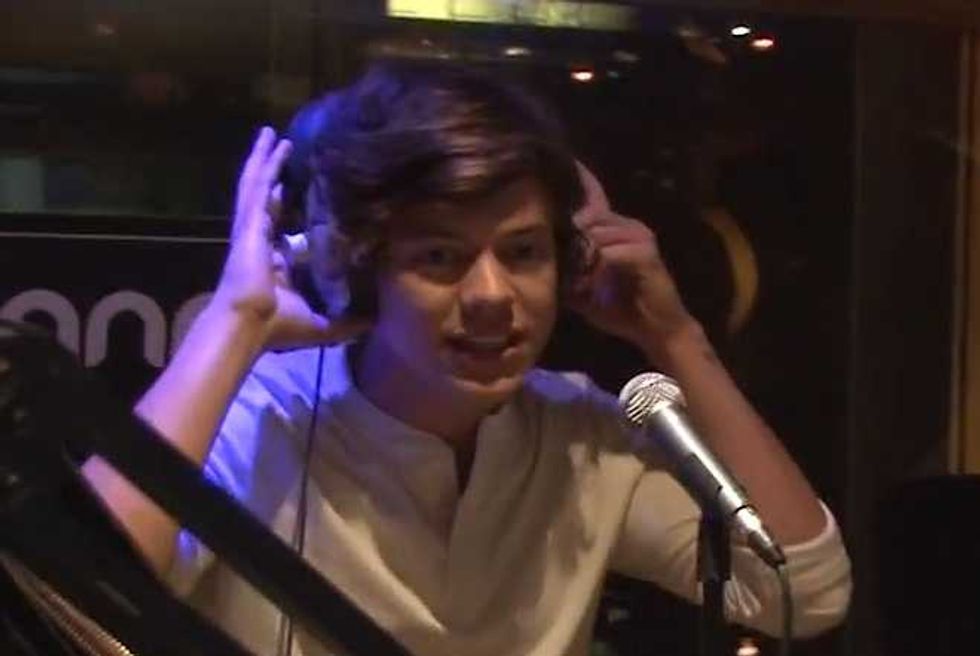 Now that they've got a live version of "Live While We're Young" under their belts, One Direction are free to experiment with acoustic  arrangement and audible lyric changes. Isn't being spontaneous the essence of the song? The group performed an acoustic version of "LWWY" during a radio interview tour in France this week, proving themselves to be low maintenance and Bieber-esque with their lone traveling guitar player. Things start off with Liam spinning his chair, totally unfazed by the cameras and plethora of chords blocking his new hairstyle, while Zayn delivered the expected closed-eye croon. (Enjoy those exposed neck veins while you can.) Meanwhile Harry's all smiles as usual, wearing headphones that have since become permanently entangled with his curly swoop, leaving him with no choice but to emulate Lil Wayne much too soon in his career.

But it's Niall we're worried about. YouTube commenters who've already speculated as to why he wasn't singing into his microphone: We hear you loud and clear, and we share your concern. We have every reason to believe Nialler would love the stuffing out of a 1D radio tour across Europe. He's been on an exclamation mark-only punctuation streak for three straight days on Twitter! Was your knee hurting you, buddy? Were you hoping for a break from Louis? You can tell us these things in confidence.