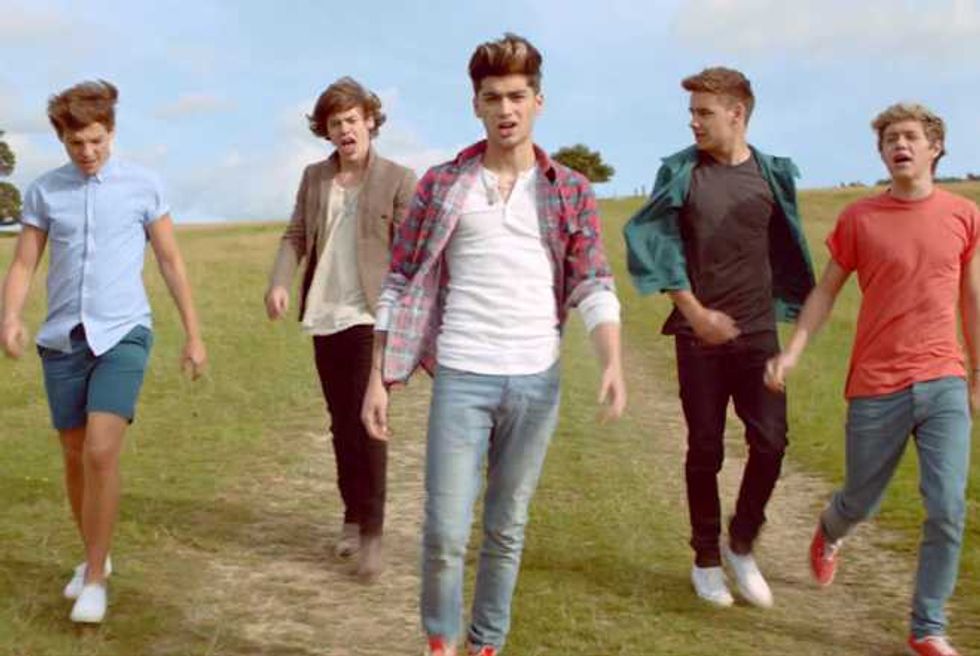 There's a reason why the One Direction video for "Live While We're Young" looks like so much fun: the guys were having so much fun. A behind-the-scenes video from the group's shoot was just released, shot "in a field in Kent," which is about the most British thing we've heard since "Bond, James Bond." In attempts to capture "a bit of madness and a bit of anarchy" the crew surrenders an expensive-looking Land Rover to the hands of Louis Tomlinson, who only slightly damages the vehicle and manages not to injure any of his fellow members in the process.

In addition to lots of people saying "brilliant," there are more shirtless shots of Niall and Harry to ogle, along with a glimpse at Sir Liam, who doesn't have much to say when he's cold and wet but might be planning a second career as a DJ. Such additional insight into the filming process shows us that the guys actually played a competitive match of football against one another, despite their admitted limited skill set. "There's only five of us, and with my knowledge and understanding of the game I feel like I should be better at football, uh, but I'm not," explains Harry. Sigh, so modest. Watch below.