Panic! at the Disco Has Sullied All That Was Good and Pure About D'Angelo 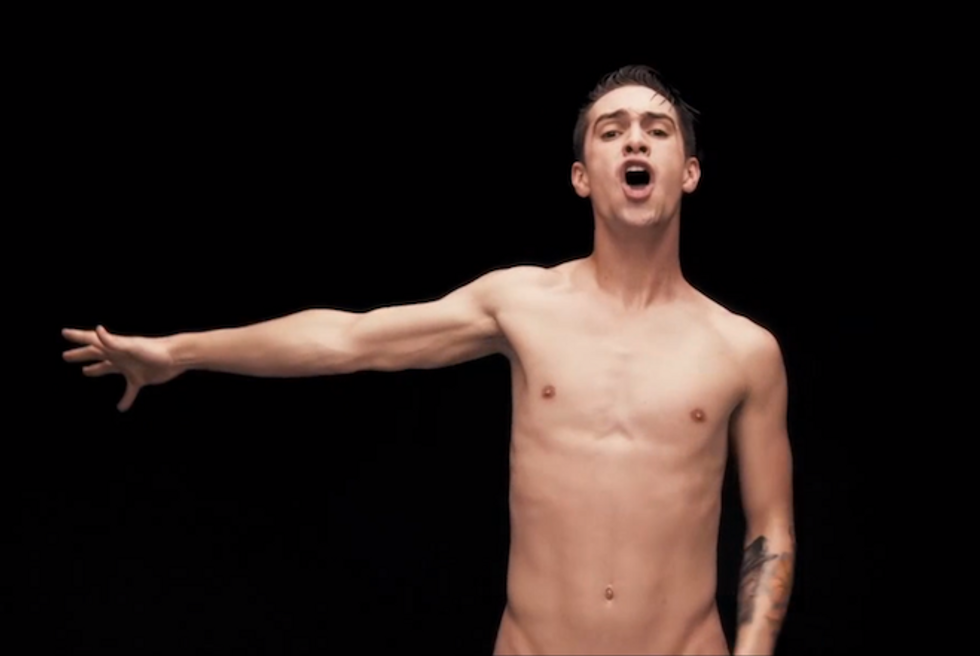 The year 2000 was a grand time. It was the last age of American innocence before 9/11. We survived Y2K, but still had the optimism of the future that the '90s instilled in us (more like a false sense of economic security due to a rising housing bubble but whatever, it was thug life). We were still tucking our shirts into our jeans, Justin Timberlake still had frosted tips, you could still smoke cigarettes inside of restaurants, and a relatively unknown R&B singer by the name of D'Angelo quietly released one of the greatest music videos of all time. “Untitled [How Does It Feel]” off of his legendary Voodoo album, made legs cross and hearts palpitate all over the world. The video is nothing but D'Angelo, ass naked, covered in sweat, biting his lip and quivering all over the place like Prince and Adrian Peterson had a baby and gave it that Captain America juice shit. I'm a straight male and even I had to turn the thermostat down on this shit. Add on the fact that the actual song is the kind of thing you slow stroke your fiancee to on a beach in Fiji, we as a society simply were not ready.

D'Angelo is widely regarded as one of the biggest “what ifs” in music history. Dude was stupid talented. Played all his own instruments. Wrote all his own music. Voice from the heavens. Cosigned by everyone in the business. However, par for the course in the music industry, his personal issues got the best of him and his career took a sudden stutter before it could ever really reach its climax. But this music video, this song, and this album, are eternal.  Never watch this video with your girlfriend—she may break up with you and try to hop inside the TV. Then she gonna crack her head on the screen and now you can't play GTA V because ya girl's horse hair extensions is stuck in the damn TV. Don't let D'Angelo ruin your GTA, take it from a pimp.

So I was a little concerned when I heard that Brendon Urie and Panic! At The Disco made their own “homage” to the video for the song “Girls/Girls/Boys.”

I'm a big black dude who idolizes Trick Daddy and has a couple felonies, but I got a few Panic records. I fuck with their steez, I know what's poppin' out here with the youths. But I'm sorry Brendon, this video ain't poppin', homeslice. You can't just do that to a legend. This is like if I recorded a Bluegrass song, then made the music video a “Billie Jean” homage, but instead of light-up sidewalks I just poured kerosene all over a city block and lit it on fire, then danced in it until the cops came and tazed me. And this is no disrespect to the song either; it's a catchy joint. But you can't just decide “Hey I'm gonna redo one of the best music videos ever, shot for shot, and completely take it out of context.” There's levels to this shit, Brendon.

Look Brendon, I'm not tellin' you that you can't be naked. It's your body; if you're proud of the fact that you have the build of a 14-year-old girl, don't let me break your stride b. I want you to be naked, your fans want you to be naked. But you just can't be D'Angelo naked. Nobody can be D'Angelo naked, except D'Angelo. And unless D'Angelo has been bathing in Muscle Milk the past decade, I don't even think he can be D'Angelo naked at this point. You can't just sit up there and do a “How Does It Feel” homage with that aviary of a bird chest you got, homie. You need some sun. You need some protein. You need a lot of things.

There are so many other nakeds you could have done. You could of been “You Are Not Alone” naked. If Michael Jackson can pull off the cancer-patient look and make it sexy, you could too. But you can't just go at the king of naked man. That's some next level naked that you aren't ready for. Hit the gym for a couple of decades and maybe switch your DNA out for something more suitable for survival on planet earth and get back to me.

Your fans have more than likely never seen or heard of the original, so all they see is their favorite rock star naked and they'll freak out regardless. But we know Brendon. We know what you did. We will never forget, and never forgive.