Pentatonix Return To The Sing Off With Epic Holiday Medley—Watch Now!

Pentatonix returned to their old roosting place on Wed. night (Dec. 17) for a powerful Christmas medley. Taking The Sing-Off stage, for the first time since their Season 3 win, the Grammy-nominated, gold-selling a capella pop group delivered a succinctly crafted performance, featuring cuts from their new That's Christmas To Me. Not only did the group showcase their talent with rhythm and ballads, but they proved their superstar-caliber power as they smoothly transitioned between each tune. As evidenced by the resulting standing ovation, they flew to the moon and back.

The holiday project, which features such classics as Hark! The Herald Angels Sing and Winter Wonderland, has proven to be a massive dark horse. After selling less than 40,000 copies first-week of release, it has gain significant momentum. On this week's Billboard sales report, the album shifted 218,000 units this week; if the pace keeps up, the quintet could achieve their first-ever platinum milestone.

We created a one-stop-shop for all 9 of our holiday videos from both #ThatsChristmasToMe and #PTXMas! http://t.co/oKn8bQc0uj 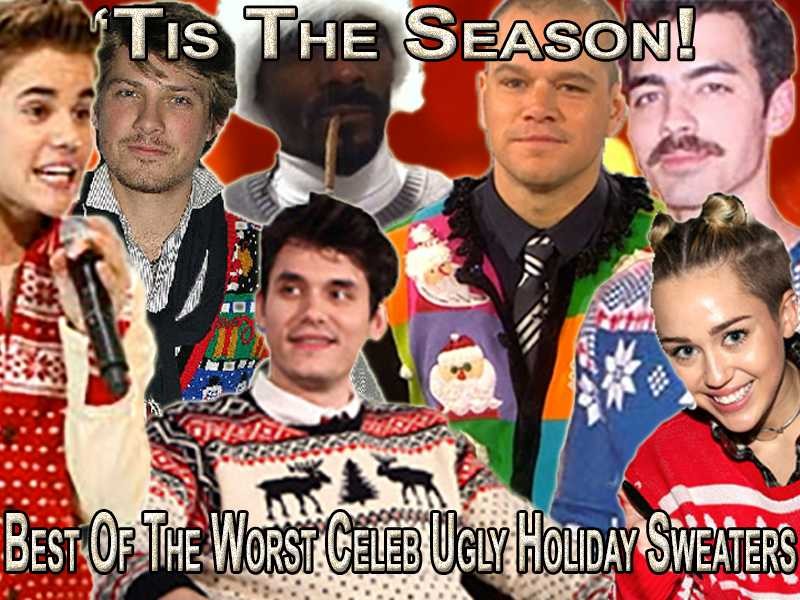 Previous Next
‘Tis The Season! The Best Of The Very Worst Celebrity Ugly Holiday Sweaters 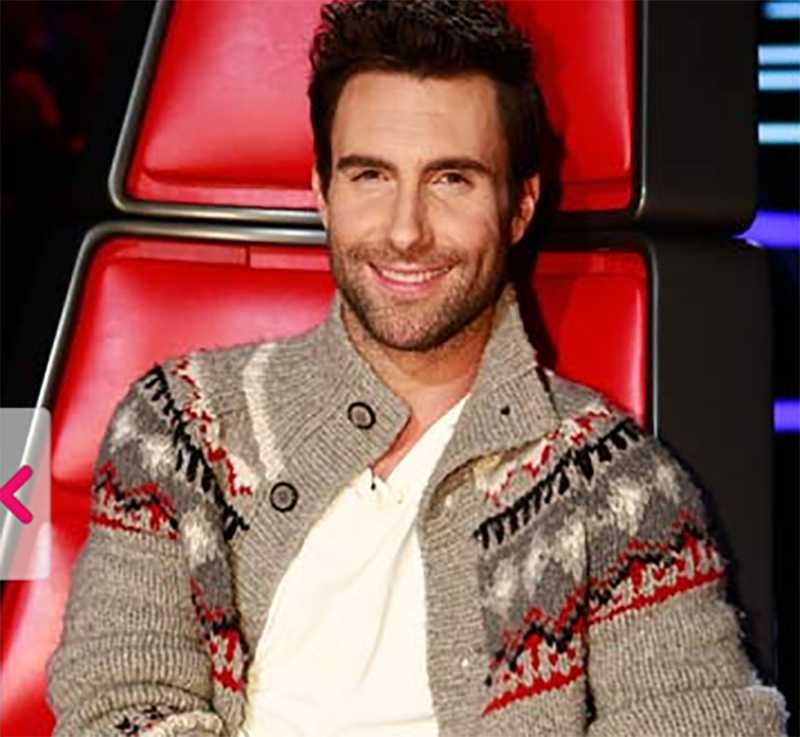 Previous Next
Adam Levine—The X Factor mentor was full of the festive spirit in a VERY tasteful cardie..

Previous Next
Cee-Lo Green— The controversial singer took a break from having sex with unconcious women to attend the Jingle Ball clad in an XXL Christmas sweater, worn-in jeans, sunglasses and a “I Don’t Give a Damn” attitude 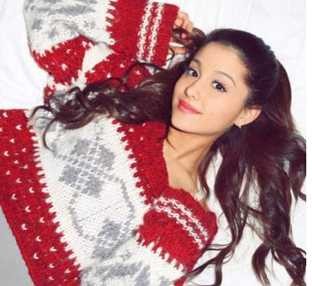 Previous Next
Ariana Grande – How come we don’t look that sexy in an oversized chunky knit? 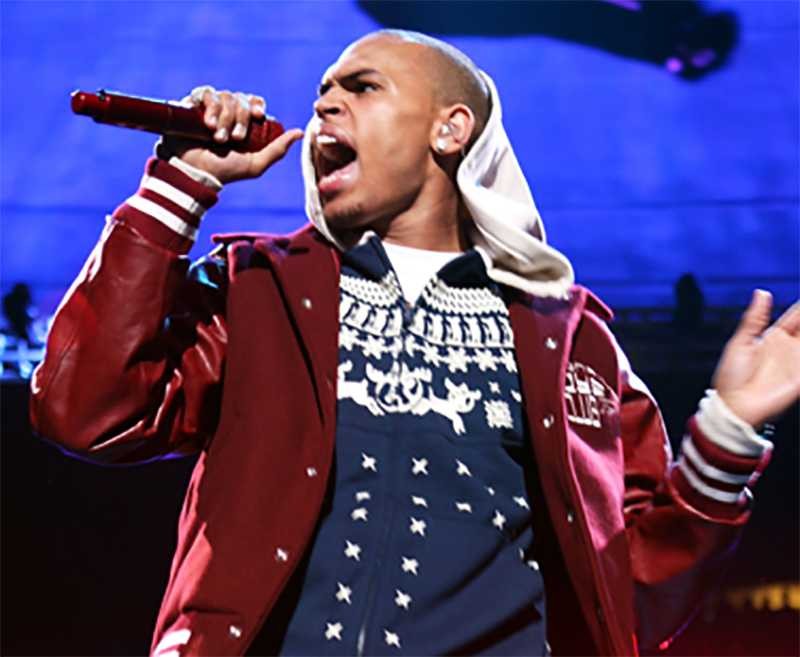 Previous Next
Chris Brown—Even rappers get in the festive spirit.. 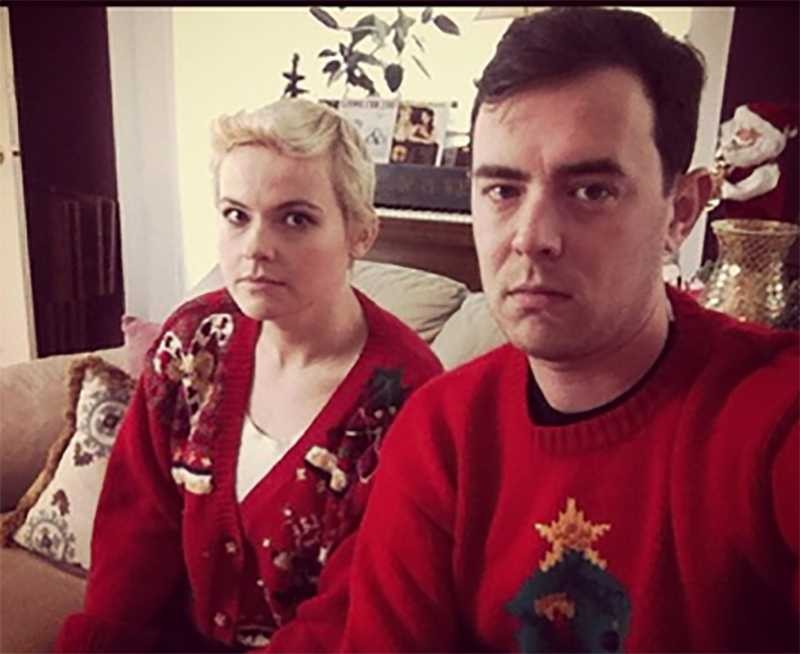 Previous Next
Colin Hanks—Looks like the Holidays are a real bundle of laughs in the Hanks household.... 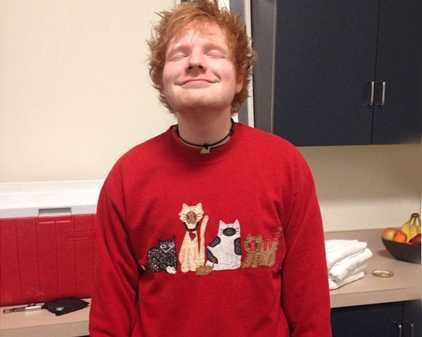 Previous Next
Ed Sheeran – Cheesier than a giant bag of Cheetos 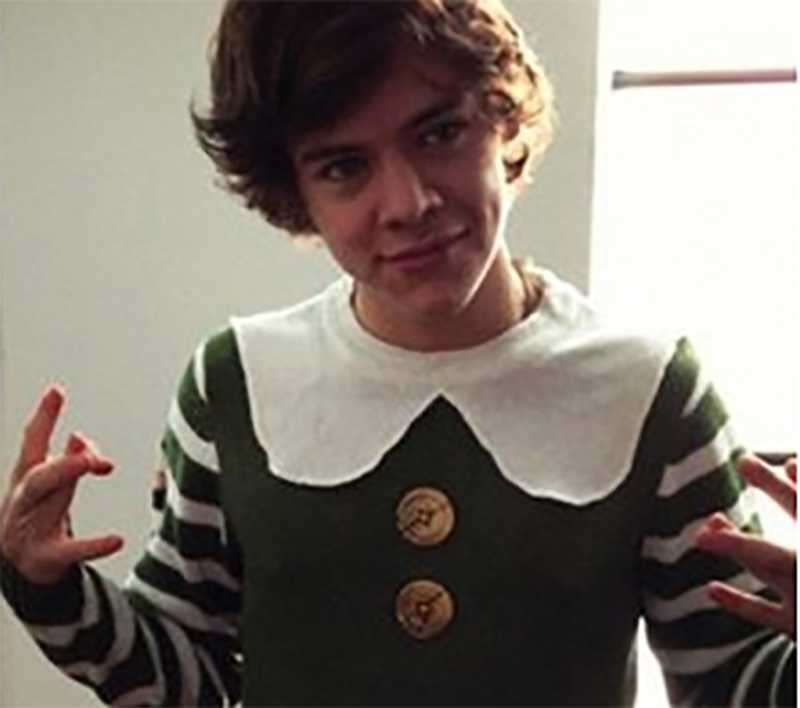 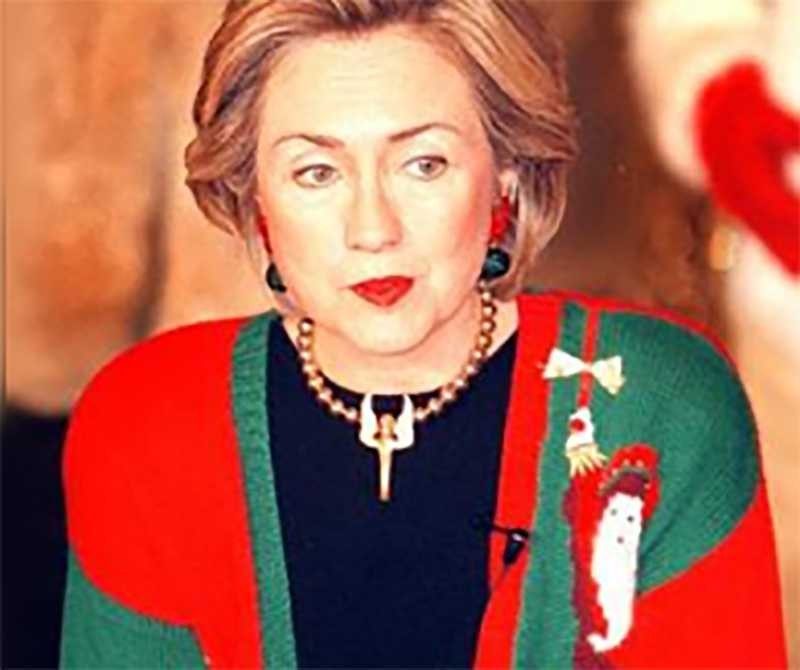 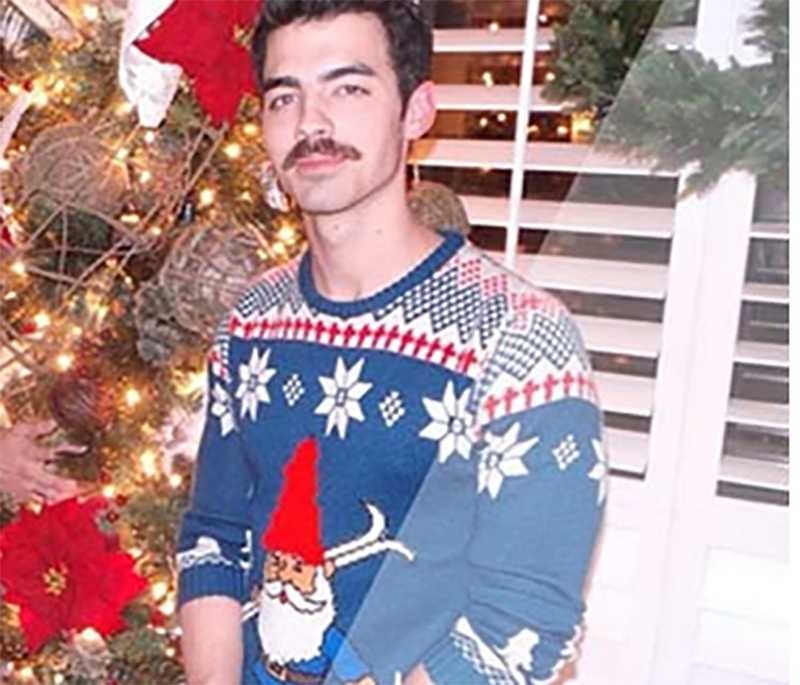 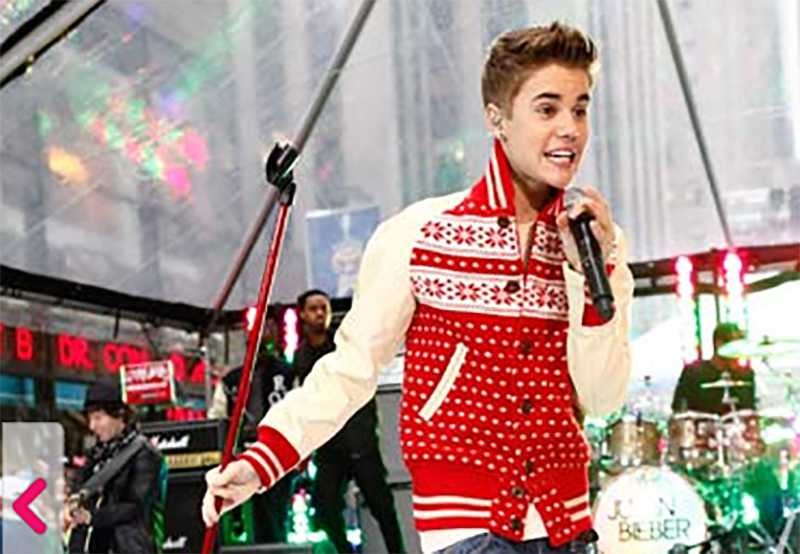 Previous Next
Justin Bieber – The Biebs' stylist allegedly spent north of $1,700 on this cross between a varsity jacket and an XMas sweater for a Today Show appearance 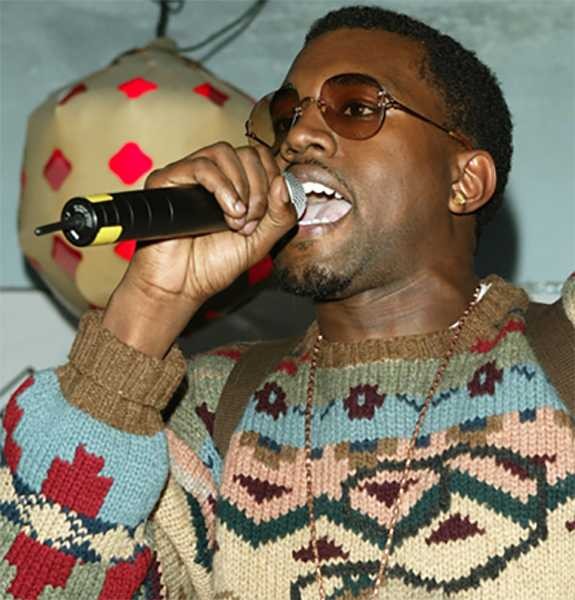 Previous Next
Kanye West—What says happy holidays more than Kanye in a sweater?!! 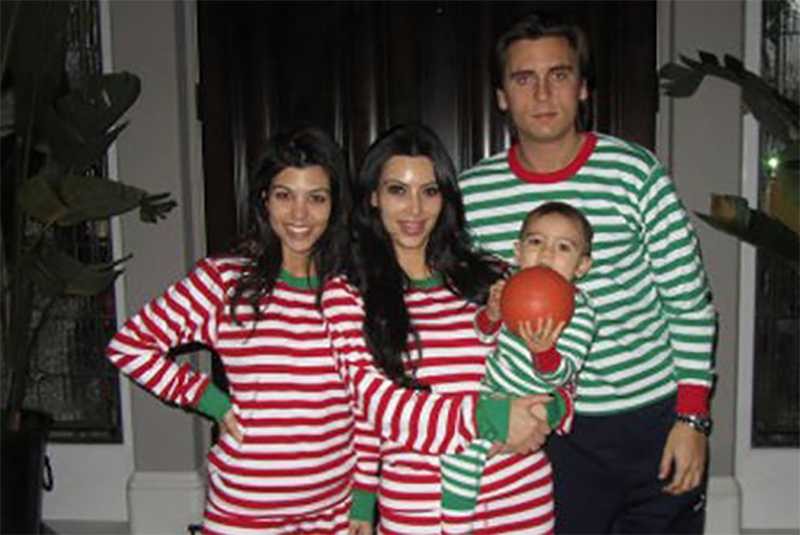 Previous Next
Kourtney and Kim Kardashian, North West and Lord Disick—Keeping Up With The Festivities.... 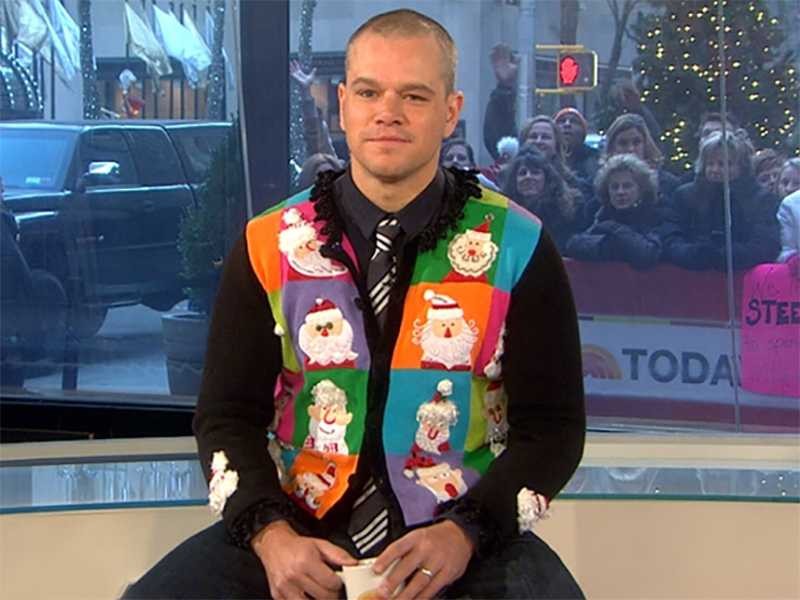 Previous Next
Matt Damon – Not sure if that’s his proud or embarrassed look?? 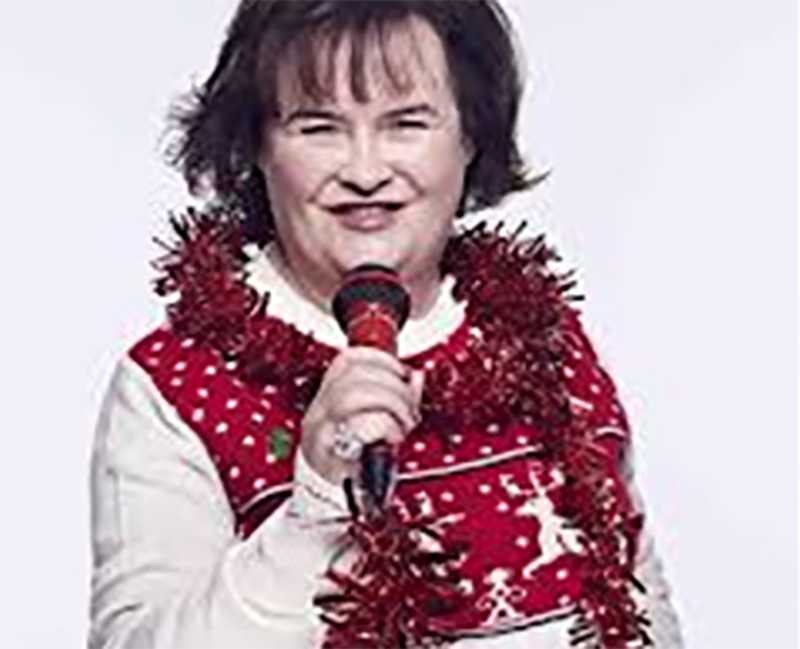 Previous Next
Susan Boyle – The photo speaks for itself, we particularly love the way she’s accessorized with tinsel 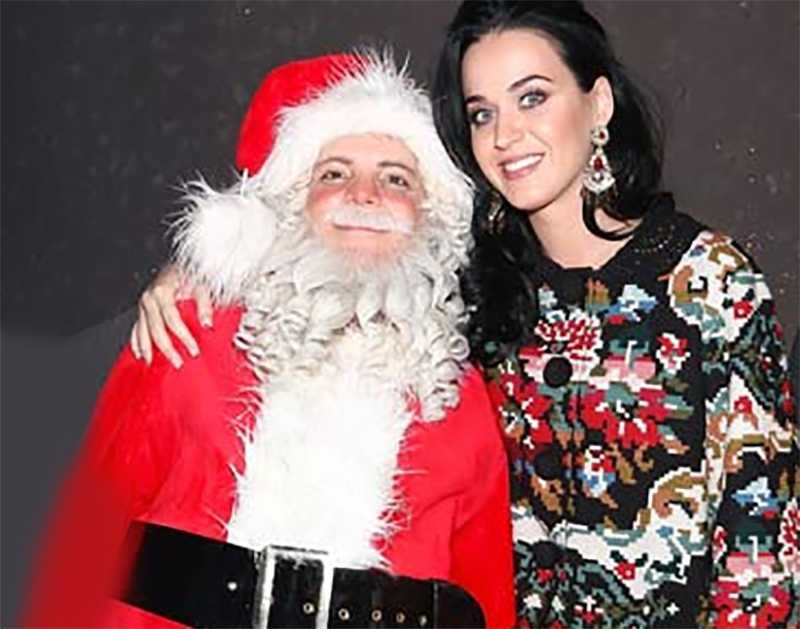 Previous Next
Katy Perry—Singer looked very happy to be cuddling up to what looks like a drag Santa.... 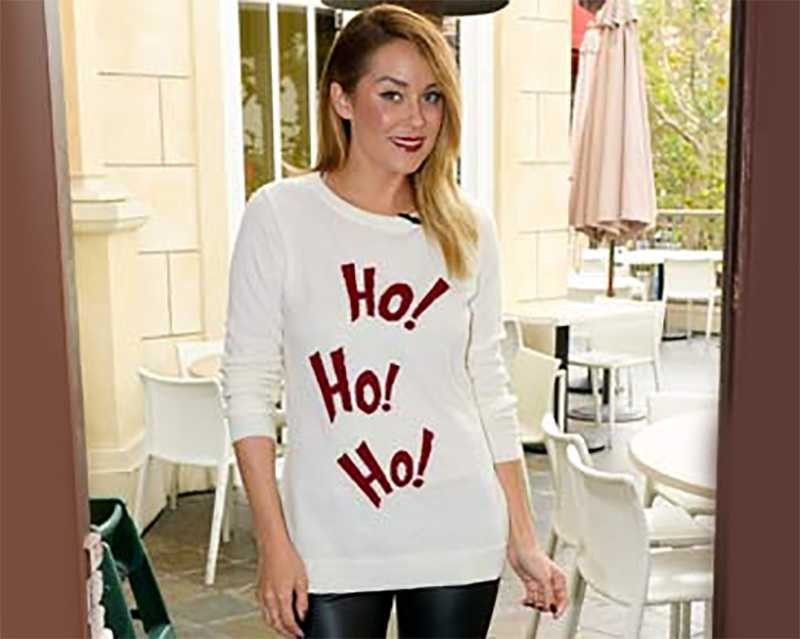 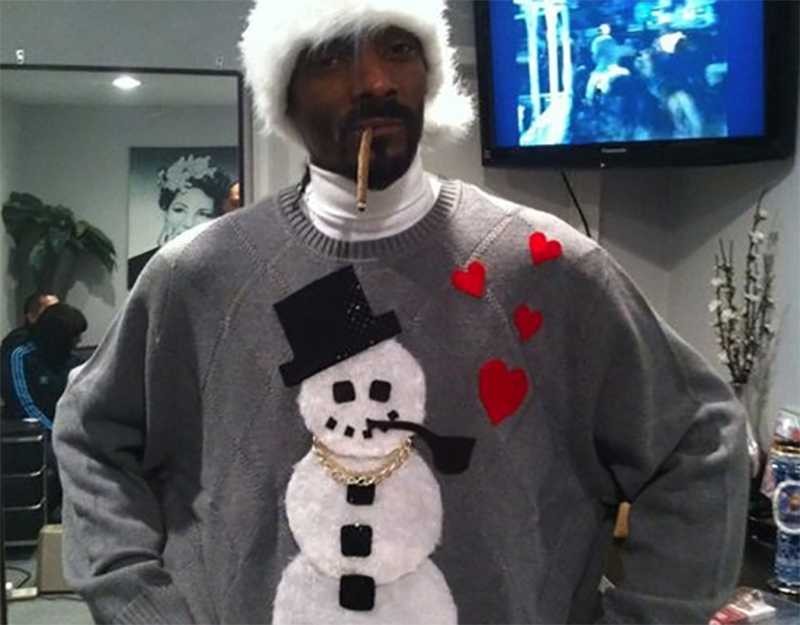 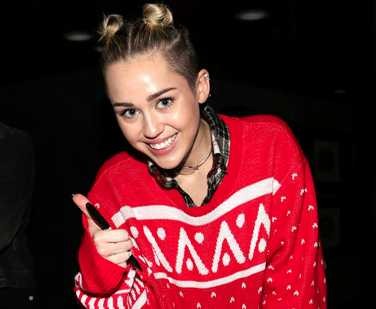 Previous Next
Miley Cyrus – As ever, good old Miley was looking very in the party spirit 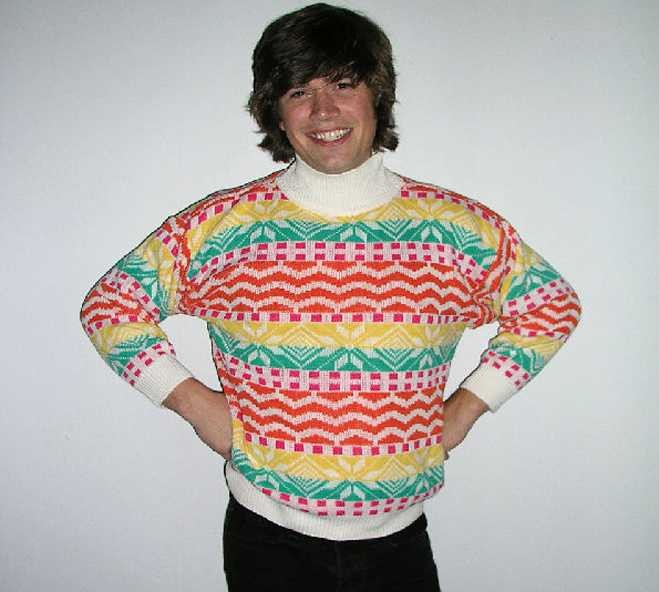 Previous Next
Zac Hanson—An impressive all round cheesy 1970s vibe 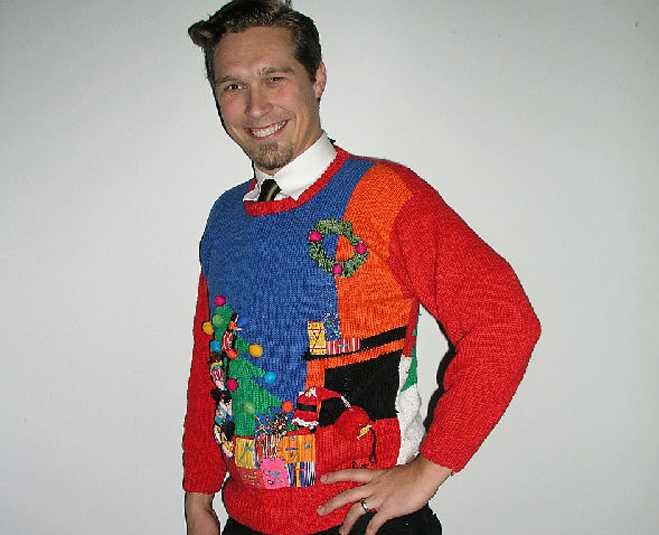 Previous Next
Ike Hanson—Yeah, now THAT'S what we call an ugly Holiday sweater 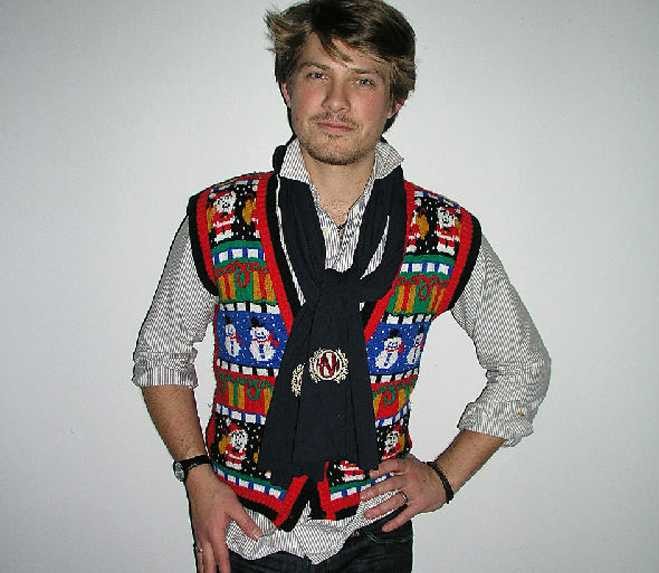 Previous Next
Taylor Hanson—Not to be outdone by his brothers, Taylor brings the cheer, and then some.... 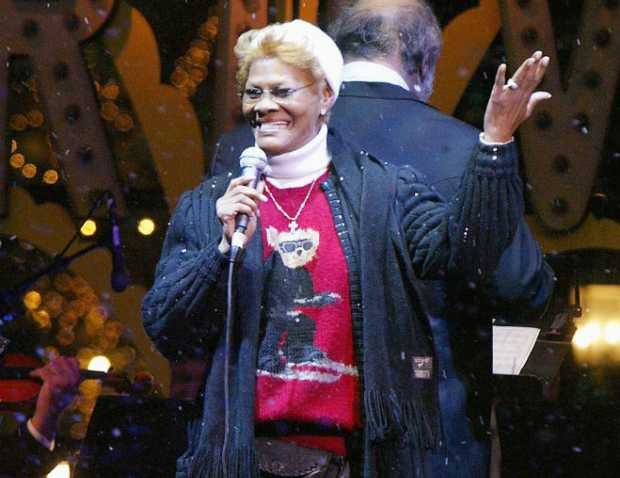 Previous Next
Dionne Warwick—The famous singer and Psychic Friends Network spokeslady looked like she was ready for a day on the slopes with her holiday choice, a red sweater featuring a skiing teddy bear 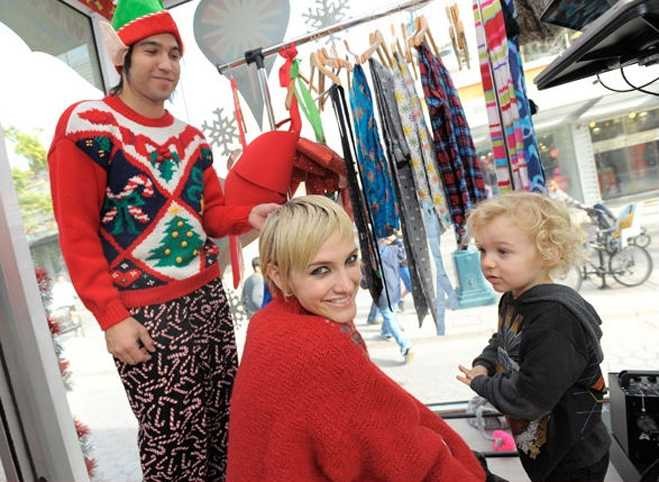 Previous Next
Pete Wentz—The Fall Out Boy was rocking it in an Elf hat, appliquéd red and green top and candy cane pants for an embarrassing photo op with then-wife Ashlee Simpson and their son, Bronx 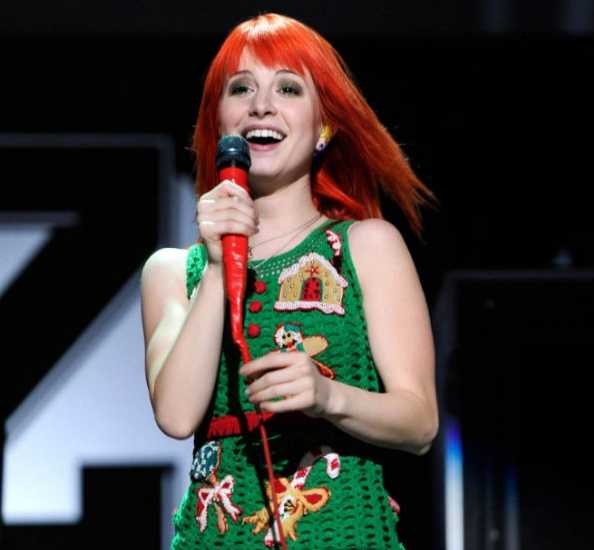 Previous Next
Hayley Williams—The Paramore singer isn’t afraid of going all out ugly for the Holidays, rocking a truly hideous Christmas vest, adorned with a gingerbread house and a candy cane 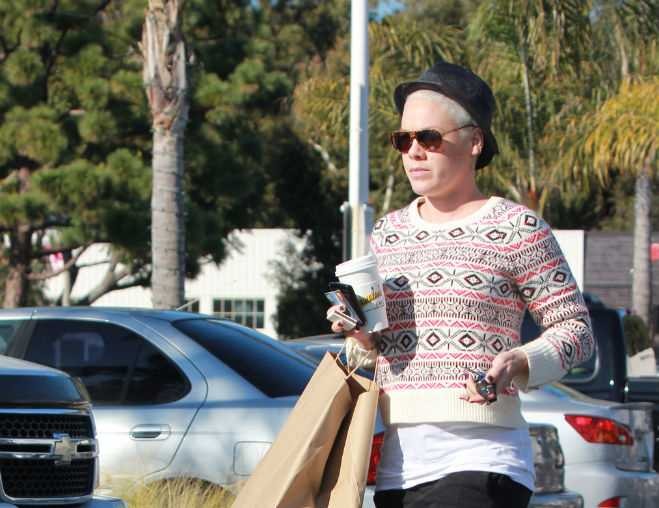 Previous Next
Pink—The singer sported this toned-down (and we admit, actually kind of cool looking) holiday knit for a casual lunch in LA 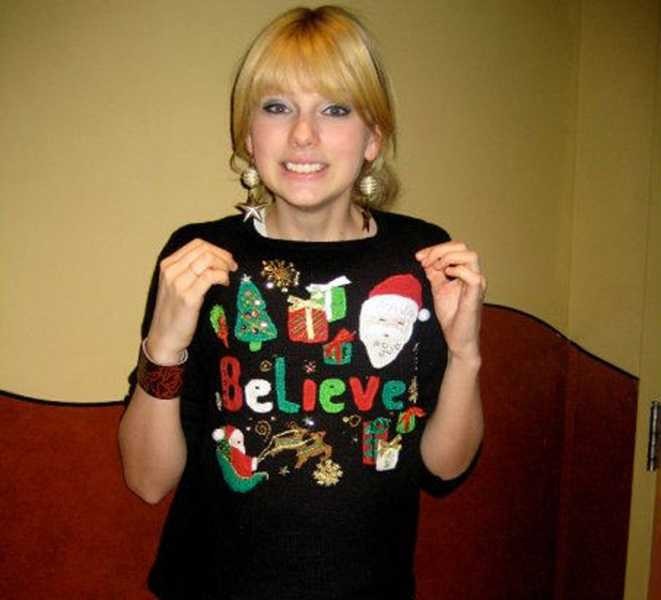 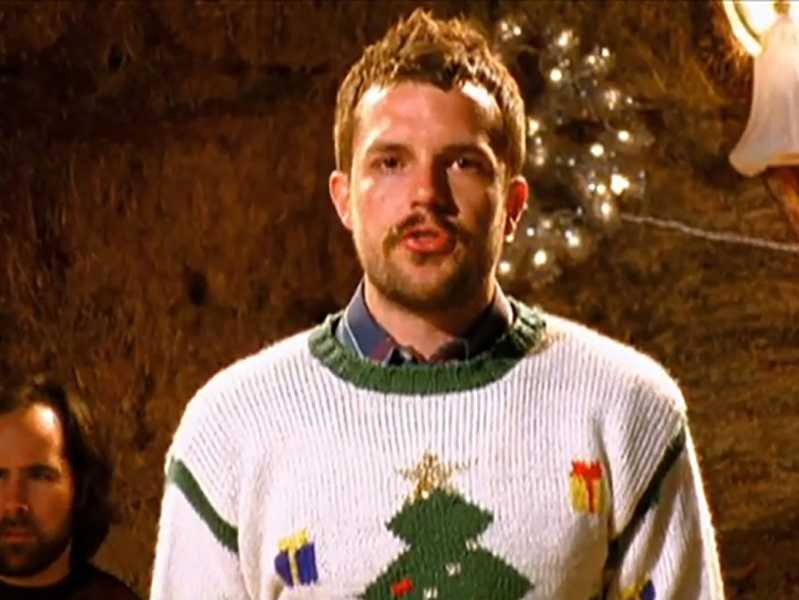 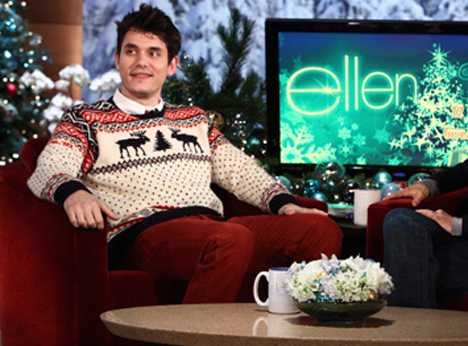 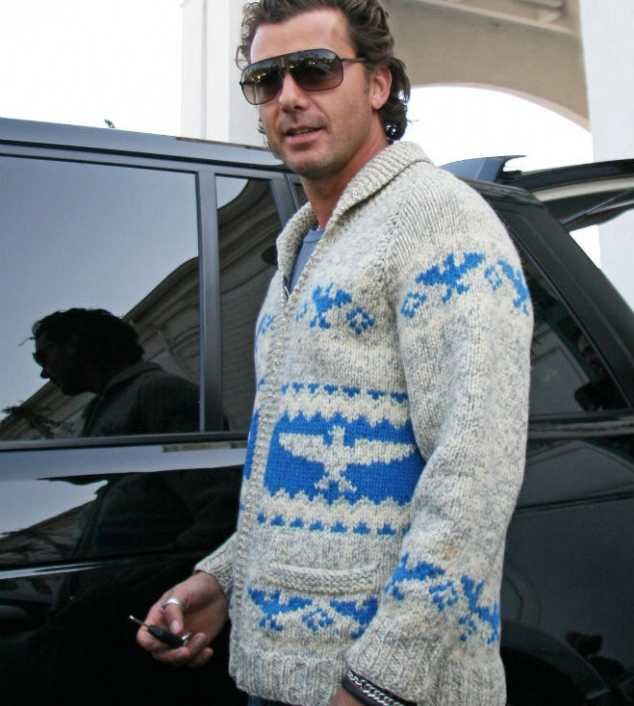 Previous Next
Gavin Rossdale—The lead singer of Bush, otherwise known as Mr. Gwen Stefani, was papped wearing a blue-and-grey knit while shopping for groceries in LA a few years ago 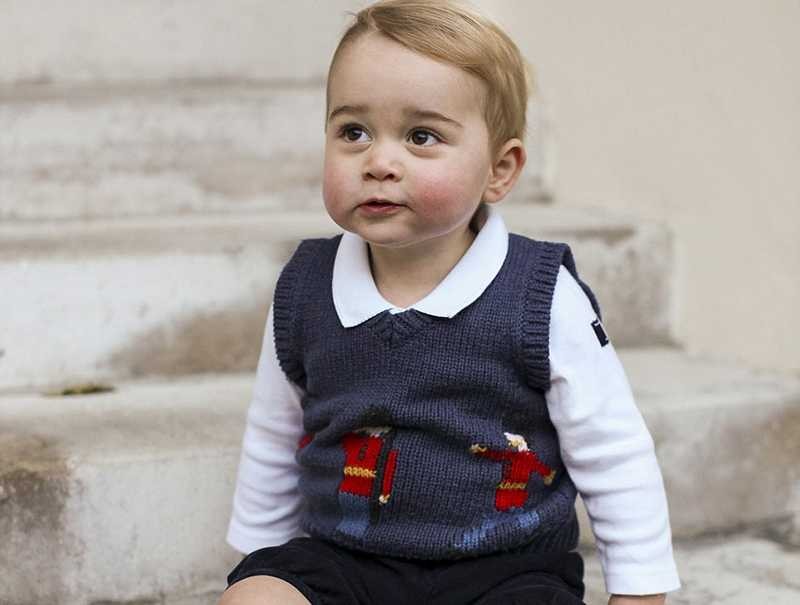