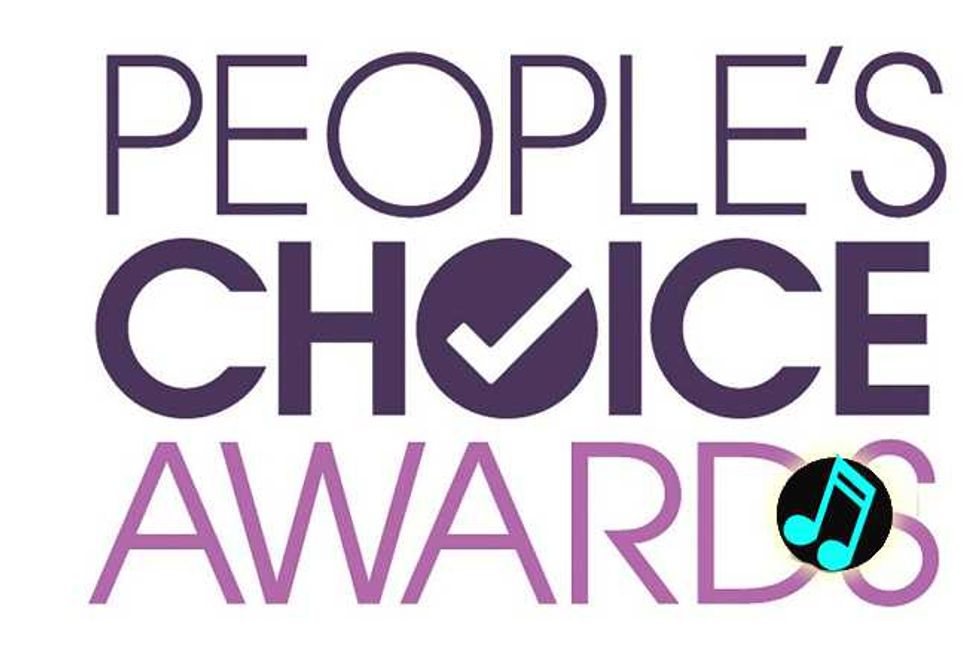 A new year, and we have the first music awards show of the season! Tonight's People's Choice Awards is guaranteed to be blinding with fashion and dazzling with starry studs. Everyone from The Big Bang Theory's Jim Parsons and Kaley Cuoco-Sweeting and Boyhood actress Patricia Arquette to The Band Perry and Scandal's Bellamy Young are slated to make an appearance. Quite a night ahead!

The show will be co-hosted by Mom co-stars Anna Faris and Allison Janney and feature three musical performances: Iggy Azalea, Lady Antebellum and Fall Out Boy. Ben Affleck is going to presented with the Choice Humanitarian Award for his charity work over the past year.

After an impressive 70 million votes were cast, tonight is the night the fans have been itching for. In the music categories, newcomer Sam Smith leads with four nominations, including “Breakout Artist” and “Favorite Song” for his blockbuster ballad “Stay With Me. In the latter category, he faces off against Taylor Swift (“Shake It Off”), Meghan Trainor (“All About That Bass”), Jessie J, Ariana Grande & Nicki Minaj (“Bang Bang”) and Maroon 5 (“Maps”). Can he pull a major upset tonight?!

Tune into Popdust when all the action begins on CBS at 9/8c. We'll have a live blog going on (below), as well as a winners' list and performance videos!

[9:00] Cold open: Anna Faris and husband Chris Pratt talking about the awards show on the set of Moms. Then comes Allison Janney with a baby stroller. Ha.

Confetti shower. Sparkling stage. Let's get the show on the road, shall we?!?! Enter Allison and Anna to host the night!

"This is live. So keep everything clean...Betty White!"

Jabs at the hosts that couldn't make it. Sorry Neil Patrick Harris and Ellen DeGeneres, they were "too busy" to take the job...and they probably could have done a better job. Is this intro awkward for anyone else???

This is his 9th PCAs! Wow. Congrats!

"I didn't have a chance to write anything, and I feel terrible." He then spreads the love. "I hope you love me, and I hope tonight you show me," he tells his wife. LOL *dead*

"This is so weird that you're giving me this...I was late getting here. I was out late last night watching you on my television," she points to Dax. "You look much better in person." Oooo la la. I ship them.

Catchy hook. Great vocals. Their most memorable performance ever? Solid.

Hey. Radio. How about you jump on board?! Yes, I know he has several really, really massive hits, like "Wanted" and "I Want Crazy," but the gatekeepers have dropped the ball when it comes to his sophomore album Storyline. Sigh.

"You abused the privilege with me," she quips, noting how Melissa McCarthy said she wanted to be around as long as they'd have her. Aww. Betty is 93. "Where do I go?" Ha. You keep us young, Betty.

[9:45] Anna and Allison in white tuxes. Cue: Dancers in jump suits grooving to Meghan Trainor's "All About That Bass." Well, kind of. Ok.

Lots of Thank Yous. "I don't win stuff, so this is pretty cool." Ha.

"What a great thing to happen at the end of a show." He's referencing White Collar's recent conclusion. Aw.

"I know most of those votes are from my parents, but thank you!"

For the second year in a row! Producer Mark Burnett is producing tonight's show and is backstage!

Much deserved! They have a tour coming up this summer! Go see it!

[10:12] Eric Olsen and Daniella Ruah introduce Big Eyes' Amy Adams (!!!) to hand Ben Affleck with the Humanitarian Award. "He didn't just write a check. He dove in." She references his Eastern Congo Initiative to give back "to help them thrive and survive." Cut to devastating footage. Grab some tissues! It's so great to see such a superstar give back in such a big way.

"I've been called a lot of things in my life. I'm not sure Humanitarian...until recently...has ever been one of them." Truly touching speech. Bravo.

"I'd really love to dedicate this to my grandmother who passed away last year." Aww.

[10:35] Er. Commercial ran over. Uh. Scandal's Bellamy Young hands out: Favorite Actress in a New TV Series...the incredible, one and only Viola Davis!

"We do it to move you. We do it to provoke you." We are not worthy. We bow down to you. "I'm so happy people have accepted me at my age and at my stage in my career."

[10:38] Modern Family's Sarah Hyland introduces Iggy Azalea, for a performance of her new single "Beg For It." Lights, fog, dancers in white. Go! Azealia Banks, who??? ;)

"Beg For It" is like if "Fancy" and "Black Widow" had a second love child. Not quite as good as the first, but still enjoyable.

[10:47] Oy. Another Moms' plug. Hint: I'm never, ever gonna watch. (But seriously, it looks pretty funny. I might check it out. *adds to long list of must-see TV shows I still have to see*)

Once Upon a Time's Ginnifer Goodwin and Gina Rodriguez hand out: Favorite Movie Actor...Rober Downey Jr.!

Winners are as follows:

Guardians of the Galaxy

X-Men: Days of Future Past

Shailene Woodley & Ansel Elgort (The Fault in Our Stars)--WINNER!

Guardians of the Galaxy

X-Men: Days of Future Past

The Fault in Our Stars--WINNER!

Heaven Is for Real

Alexander and the Terrible, Horrible, No Good, Very Bad Day

How to Train Your Dragon 2

Once Upon a Time

Once Upon a Time

Dancing with the Stars

Orange Is the New Black--WINNER!

Ginnifer Goodwin & Josh Dallas (Once Upon a Time)

Favorite TV Character We Miss Most

Neal Cassidy played by Michael Raymond-James (Once Upon a Time)

How to Get Away with Murder

The Mysteries of Laura

In the Lonely Hour by Sam Smith

My Everything by Ariana Grande

“All About That Bass” by Meghan Trainor

“Shake It Off” by Taylor Swift--WINNER!

“Stay with Me” by Sam Smith