Please Let Us Hear This Bono Cover of "Telephone" 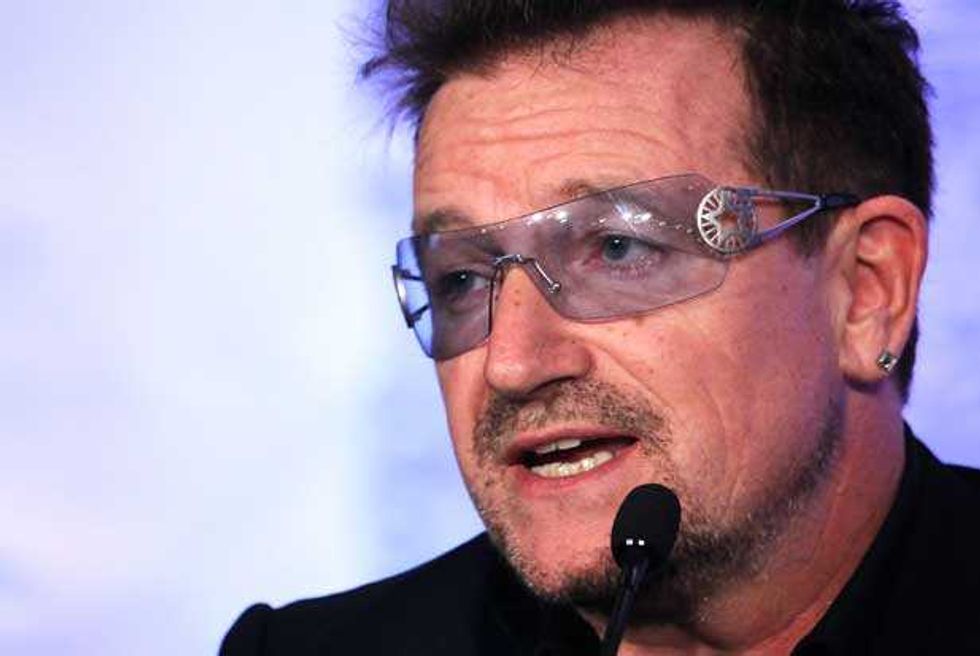 Bono of U2 is no stranger to the classic cover—the band has covered standards ranging from "Can't Help Falling in Love" to "Dancing Queen" on various tours, and Bono once recorded a new version of "I've Got You Under My Skin" with Sinatra himself. But traditionally, the guy goes old school with his cover choices—which is why the news of him performing a version of Lady Gaga and Beyoncé's "Telephone" as a 21st birthday present for his daughter Eve Hewes is so interesting. And it wasn't even a live impromptu karaoke thing—he actually recorded the cover as a duet with his wife, and bribed the DJ (DJ Jus-Ske, according to the New York Post) to play it at Eve's Las Vegas birthday party.

We must get our hands on this. Can you imagine what the spoken word intro to this thing must be like? "Sometimes...when you're partying at a club...there are forces out there that want to prevent you from having a good time. From being yourself. And that's when you have to stand up, look those forces dead in the eye and say: Ey-ey-ey-ey, STOP TELEPHONIN' ME!!!" DJ Jus-Ske, if you're out there and you were smart enough to hold on to that recording, let us in on the game, will ya? (Also, Wilmer Valderama, Michael Bay and Kobe Bryant were all supposedly in attendance, so if any of you guys had the video phone going...hit us up.)