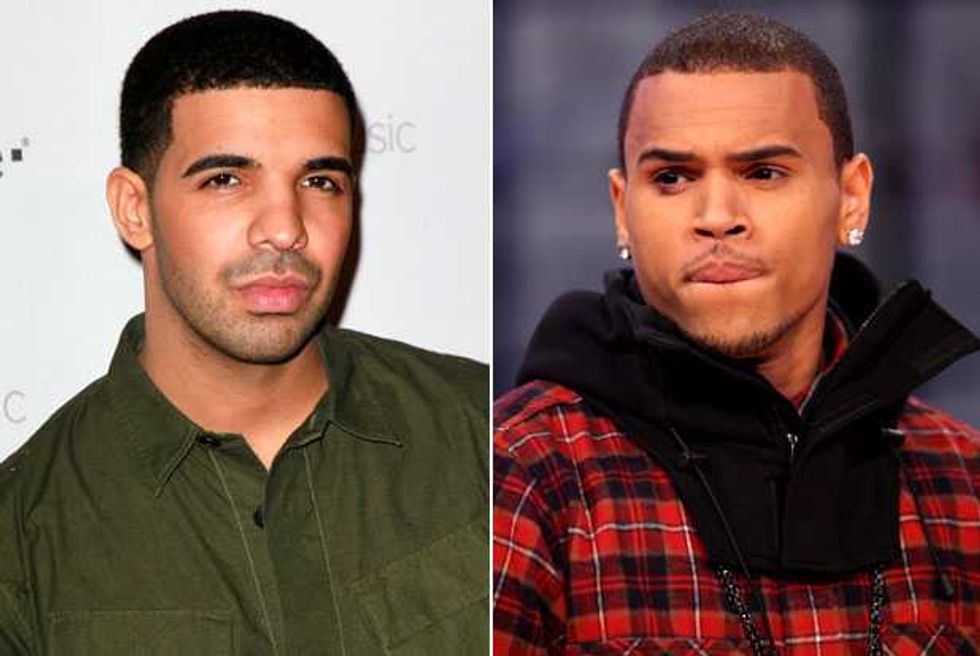 Pop music history is littered with instances of stars trying to call each other out into public battle, from Vince Neil and Axl Rose to Jay-Z and Nas, but all these planned showdowns end up the same way—never materializing. Therefore, we know it's foolish to expect that Drake and Chris Brown's recent feud will spill out into public spectacle—well, more public than Club W.I.P., anyway—both artists have too much at stake and too much to lose by participating in such a sideshow. From now on, their feud will likely be held to thinly veiled lyrical jabs and soon-to-be-deleted late-night tweets, never to be staged for mass consumption.

Still, it's good to know that if the two megastars decide to throw caution to the wind and put up their dukes for pride and glory, they'll have the venue, and the financial motivation, to do so. Damon Feldman of Celebrity Boxing has offered both of the brawlers a cool million each in US currency to settle their problems like men (who box for a living). The fight would be held at L.A.'s Staples Center on August 25th, with proceeds from the event going to a charity for—you guessed it—abused women. "We have promoted 55 Celebrity Fights and this would be the most interesting of all," says Feldman of his proposed bout.

It's not gonna happen—life just isn't that good—but if it did occur, in earnest, it would probably instantly become one of the ten greatest events in all of 21st century pop culture, regardless of outcome. At least think about it, guys. This is history we're talking.