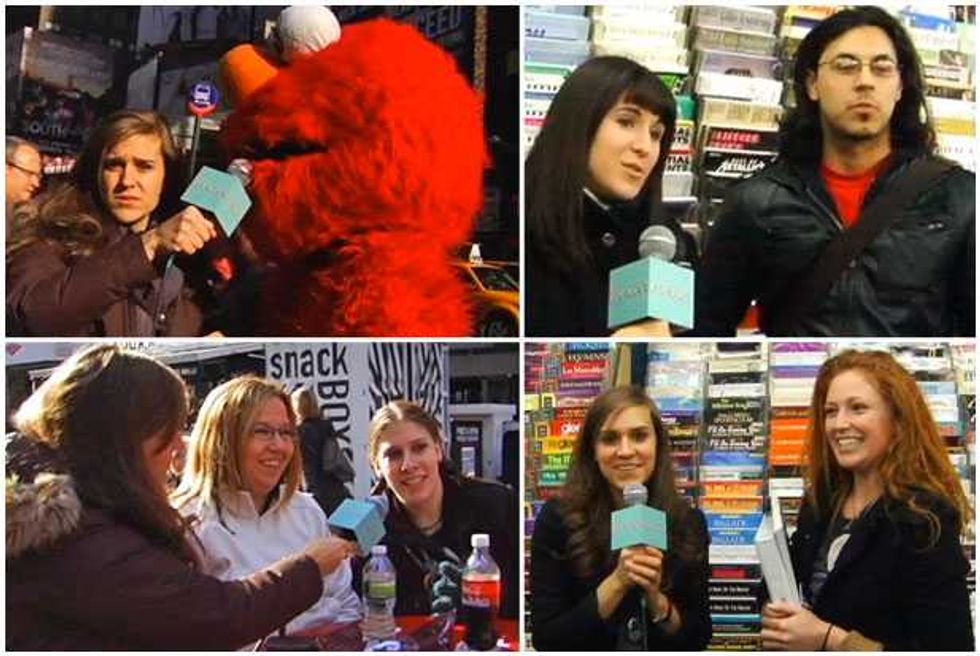 Like Jay-Z, or the devil as portrayed by Al Pacino, it has so many names—Marry/Boff/Kill, Bang/Bridge/Bride, Wed/Weed/Wurlitzer...we could go on for days. But you all know the game: You're presented with the names of three people, usually celebrities, and you have to declare which of the three you would prefer to marry, which you would prefer to have sex with, and which you would just as soon do away with permanently. With Grammy season upon us, we decided to take a topical spin on the game, approaching various unsuspecting New York citizens with pictures of three nominees from a particular category, and asking them which of the three they'd choose to Gut (kill), which they'd Grind (have sex with), and which they'd Grammy (award with a statue on Sunday night).

Take a look at our video of some of the interesting and varied responses below, and remember: As pop fans, it's our civil duty to play silly parlor games involving putting our greatest stars in extreme and uncomfortable hypothetical situations.