Popdust Exposed! The 20 Most Naked Stars On The Red Carpet 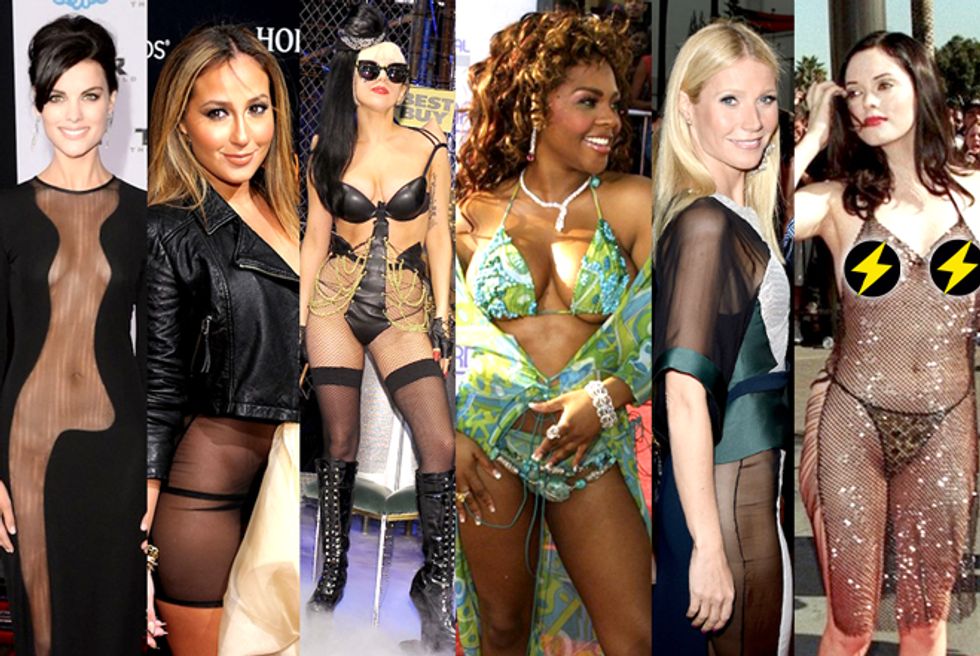 Previous Next
ByLeah Ornstein,Why bother wearing any clothes at all if you are going to show off all of your major body parts in barely-there attire?FromJennifer Lopez's scandalous 2000Grammy AwardsVersace dress andRose McGowan's booby and booty exposure at the 1998MTV VMAstoMiley Cyrus' racyMTV EMAsgetup andCher's Burlesque booby exposure in 2010,Popdust has photosof the 20 most naked stars on the red carpet. inour weekly feature. 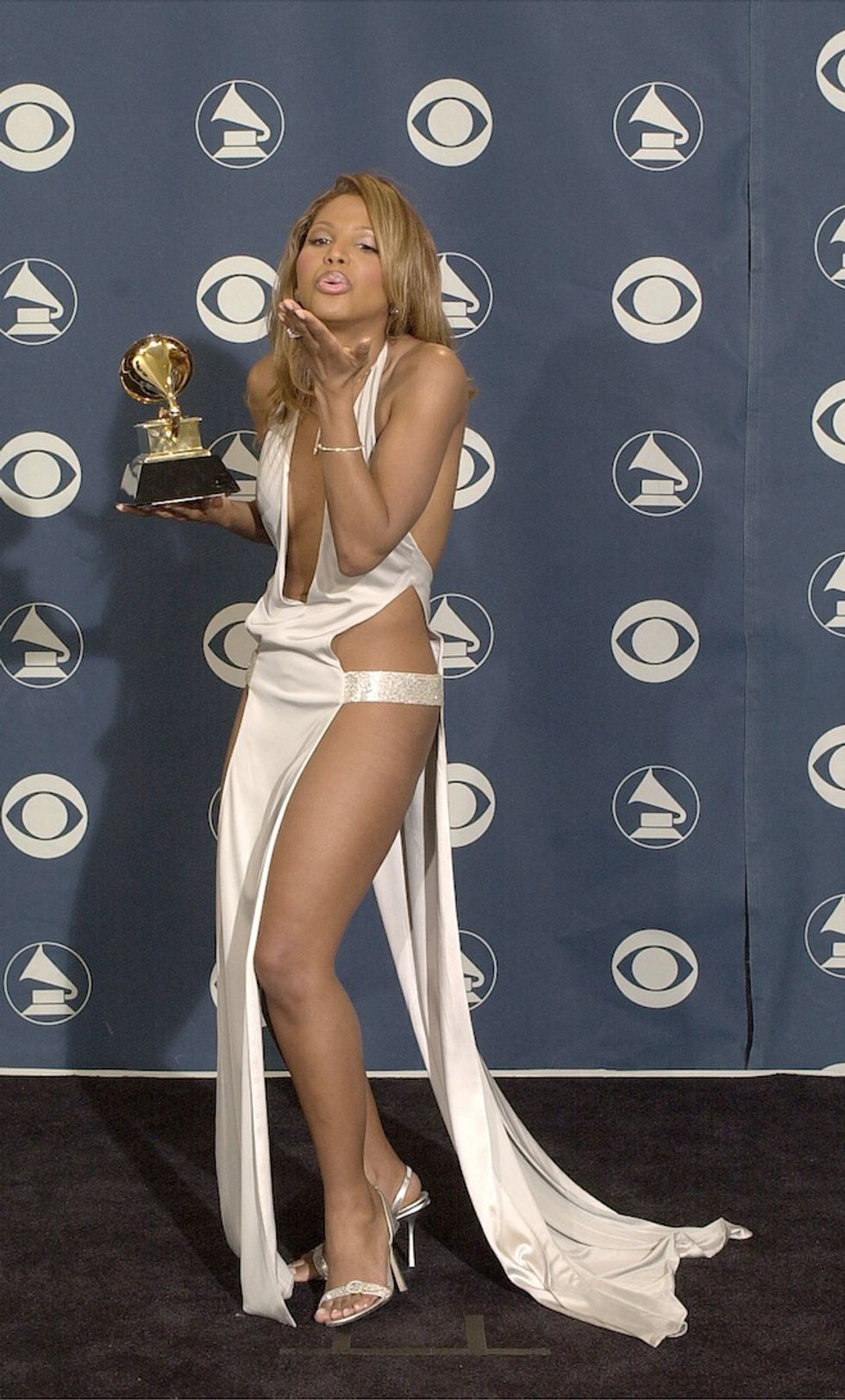 Previous Next
Toni Braxton left nearly nothing to the imagination with her barely-there Grammy gown in 2001. 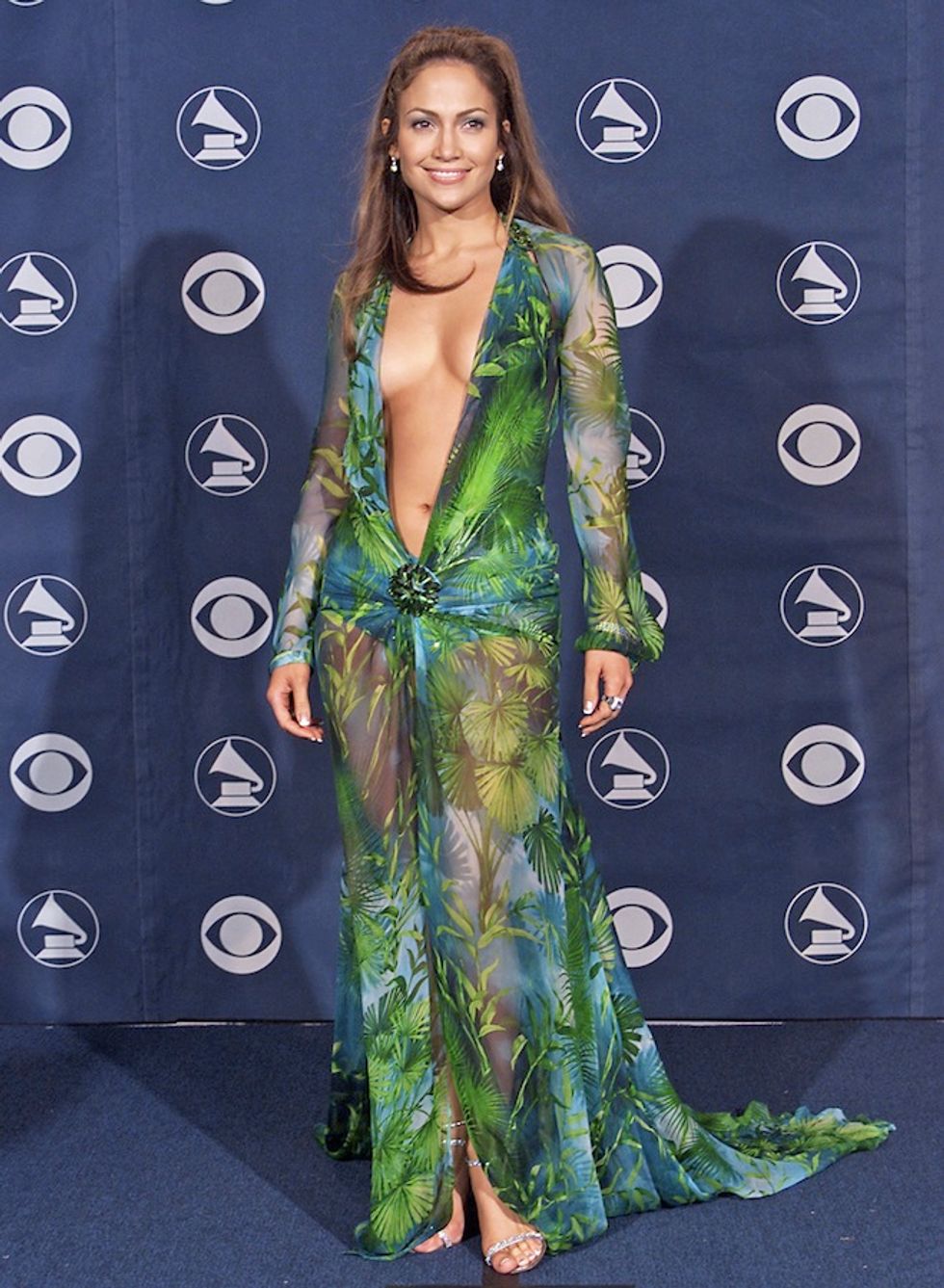 Previous Next
Jennifer Lopez went down in style history for her 2000 Grammy Awards Versace gown, which barely covered her boobs! 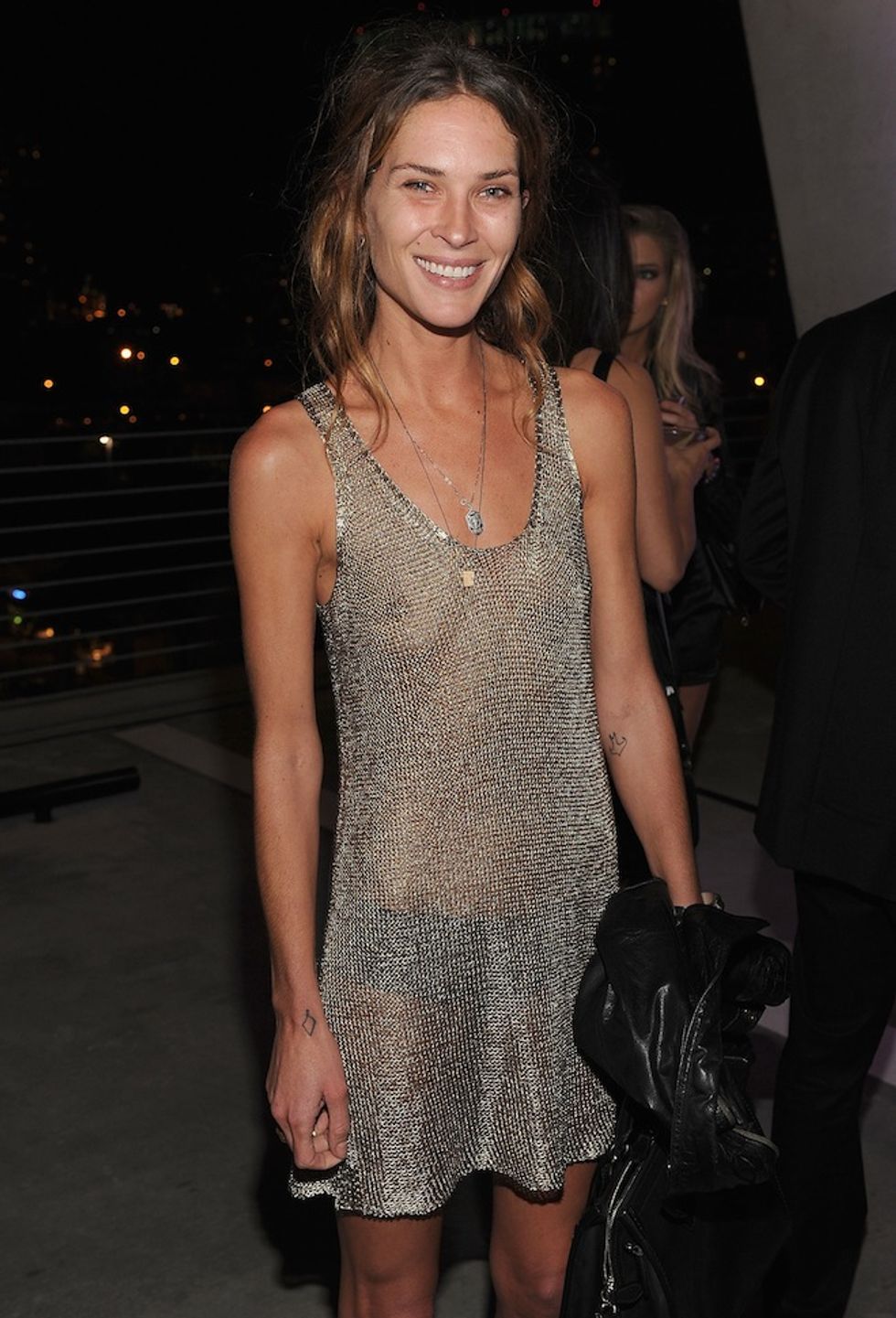 Previous Next
Why bother wearing clothes? Erin Wasson wasn't shy about showing off her boobs at Art Basel in 2001, wearing a totally sheer dress over a pair of panties. 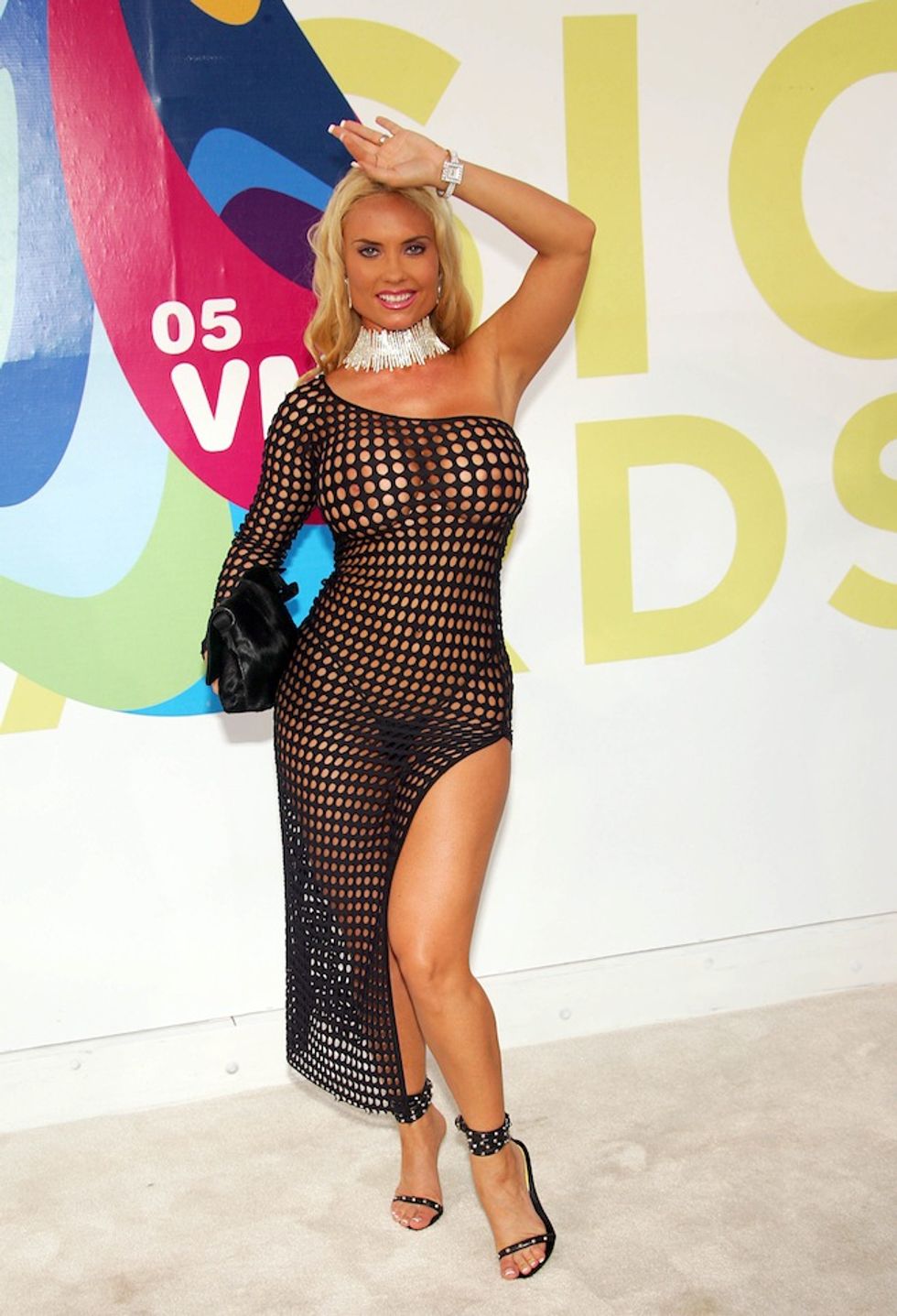 Previous Next
Ice-T's curvy wife Coco is famous for her scandalous style. Here she is at the 2005 MTV VMA's wearing a fishnet dress over thong panties. 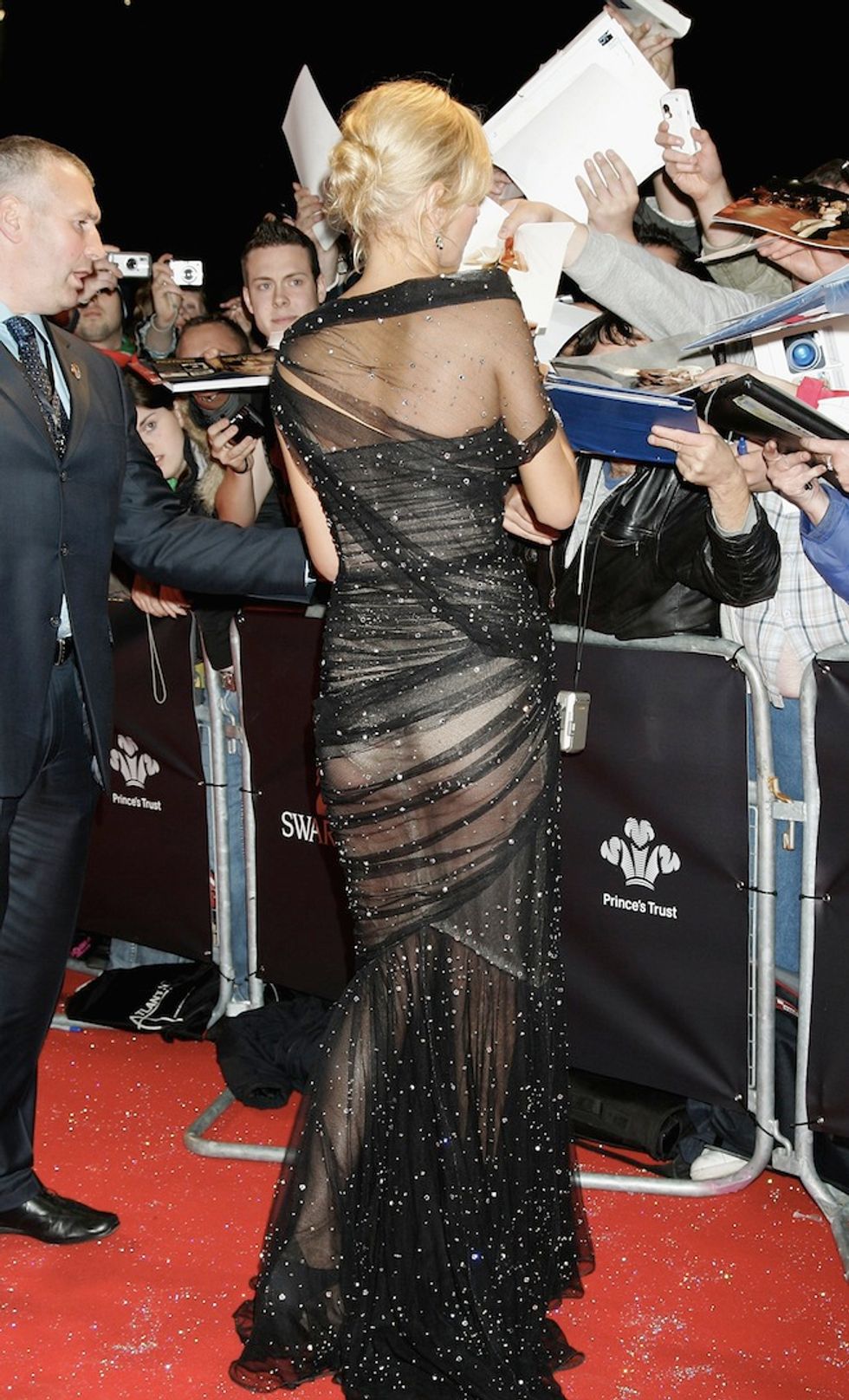 Previous Next
Uma Thurman had no problem showing off her posterior at the Swarovski Fashion Rocks event in 2007. 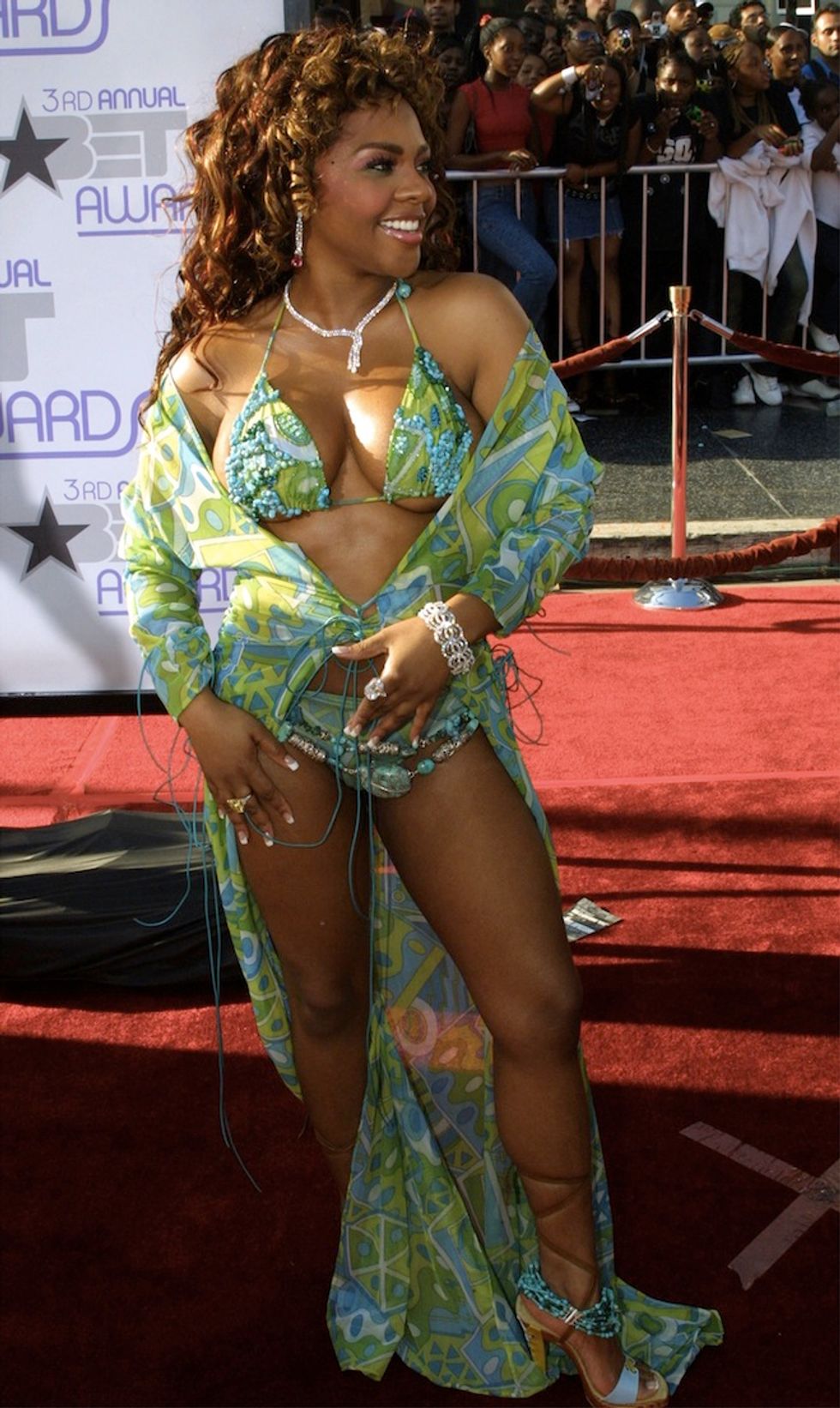 Previous Next
Following her infamous 1999 MTV VMA's fashion disaster, Lil Kim hit the BET Awards in 2003 busting out of a bikini. 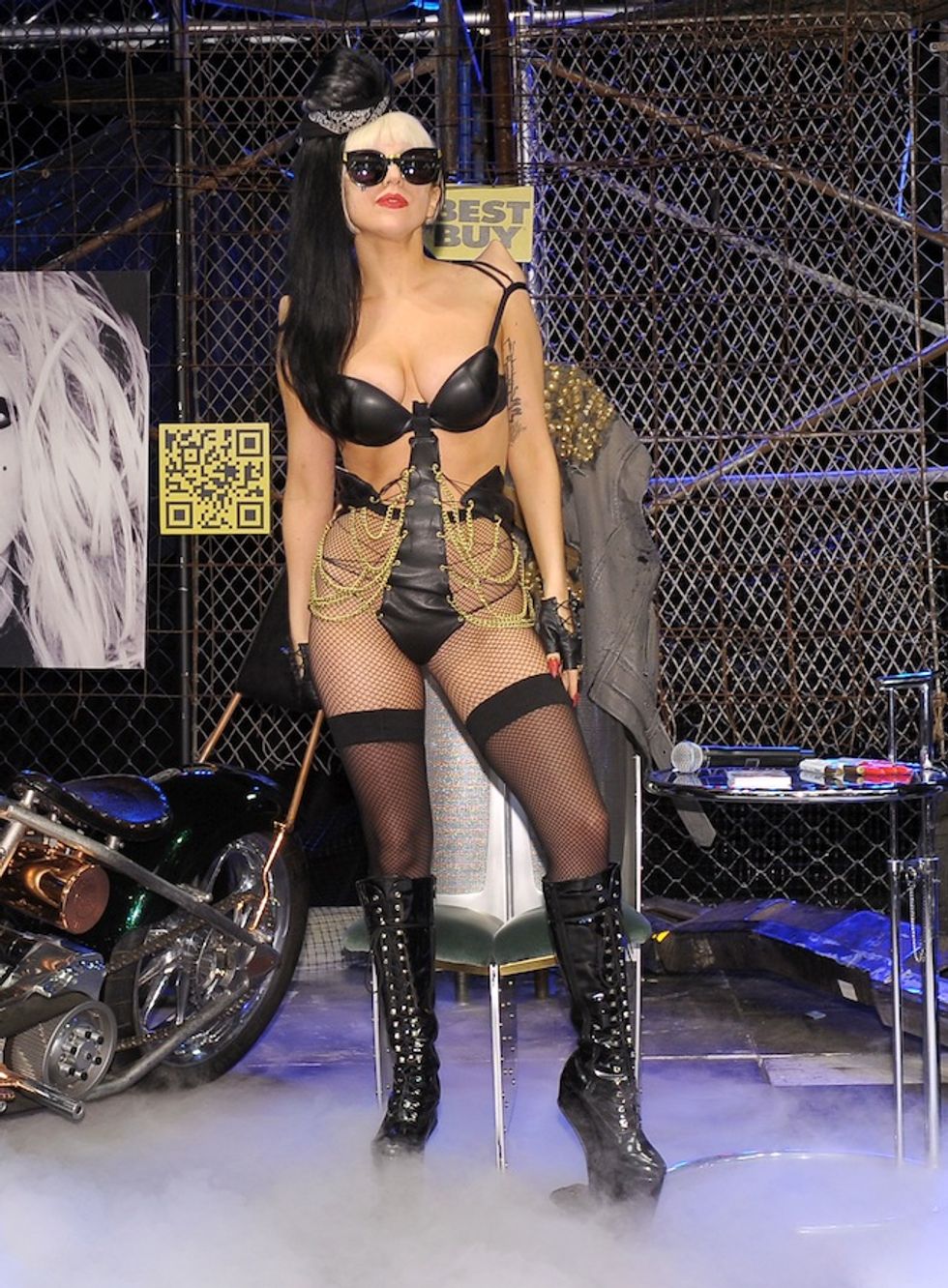 Previous Next
Only Lady Gaga would walk into Best Buy dressed up in S&M getup to sign autographs.

Previous Next
Rose McGowan really took the sheer look to the max at the 1998 MTV VMA's, hitting the red carpet with then-lover Marilyn Manson totally showing off her booty and boobs. 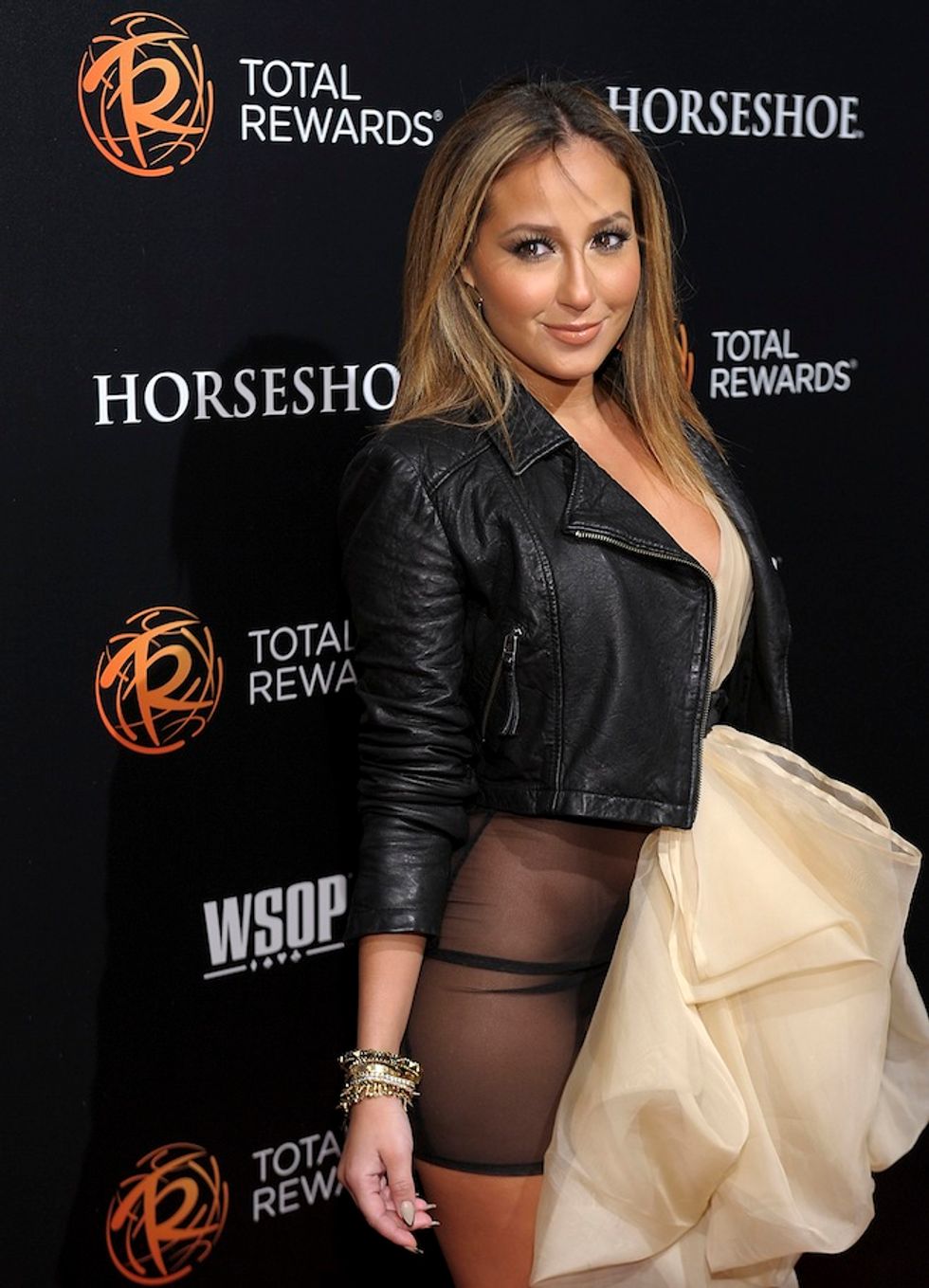 Previous Next
Adrienne Bailon had a little bit of a wardrobe malfunction in 2012, when she hit a New York event in this totally sheer dress.

Previous Next
Back in Paris Hilton's reign, the heiress hit the 2003 MTV Move Awards looking like a tanorexic cavegirl. 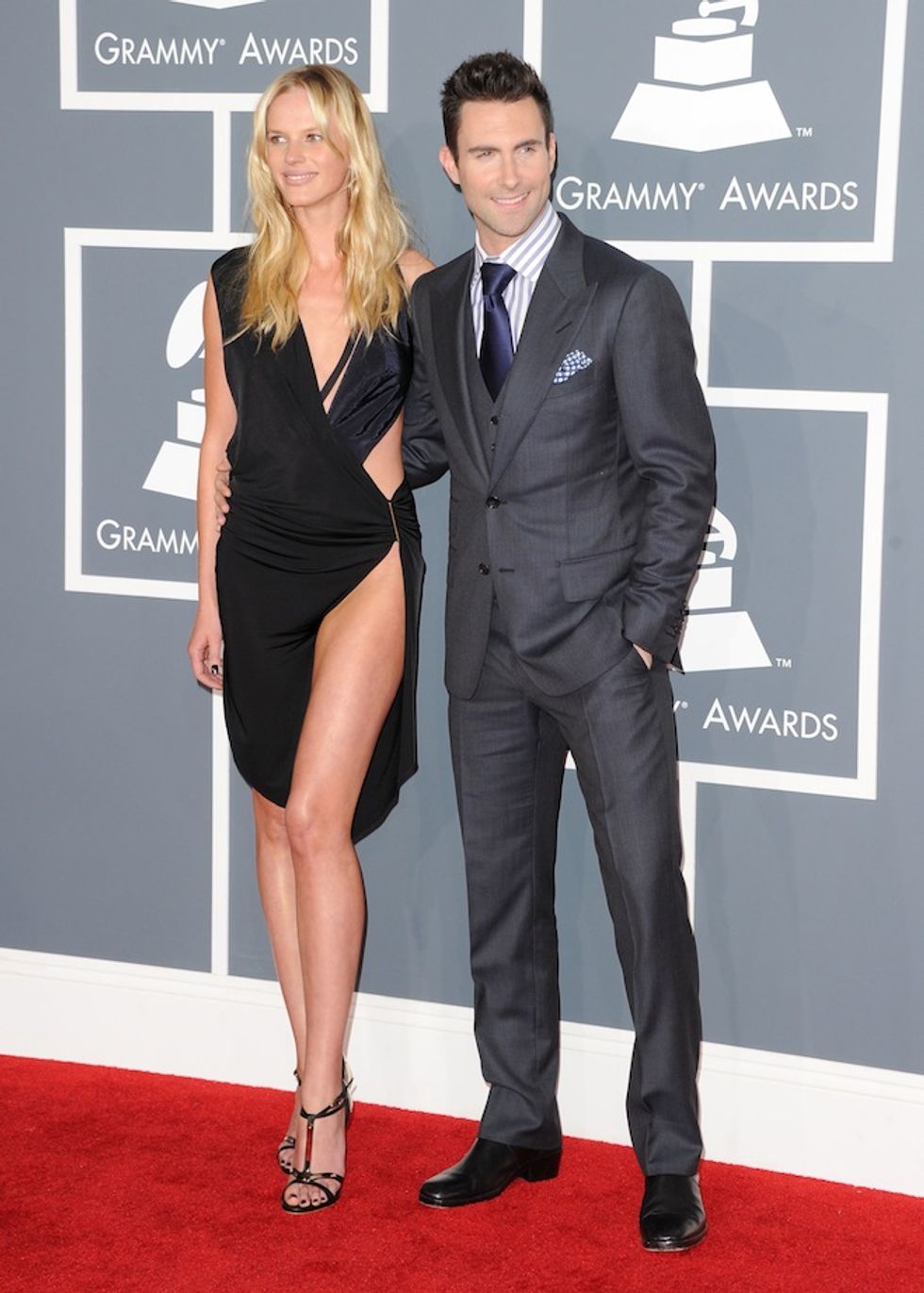 Previous Next
Modelizer Adam Levine had no problem escorting his scantily clad and nearly naked then-girlfriend Anne V down the red carpet of the Grammy Awards in 2012. 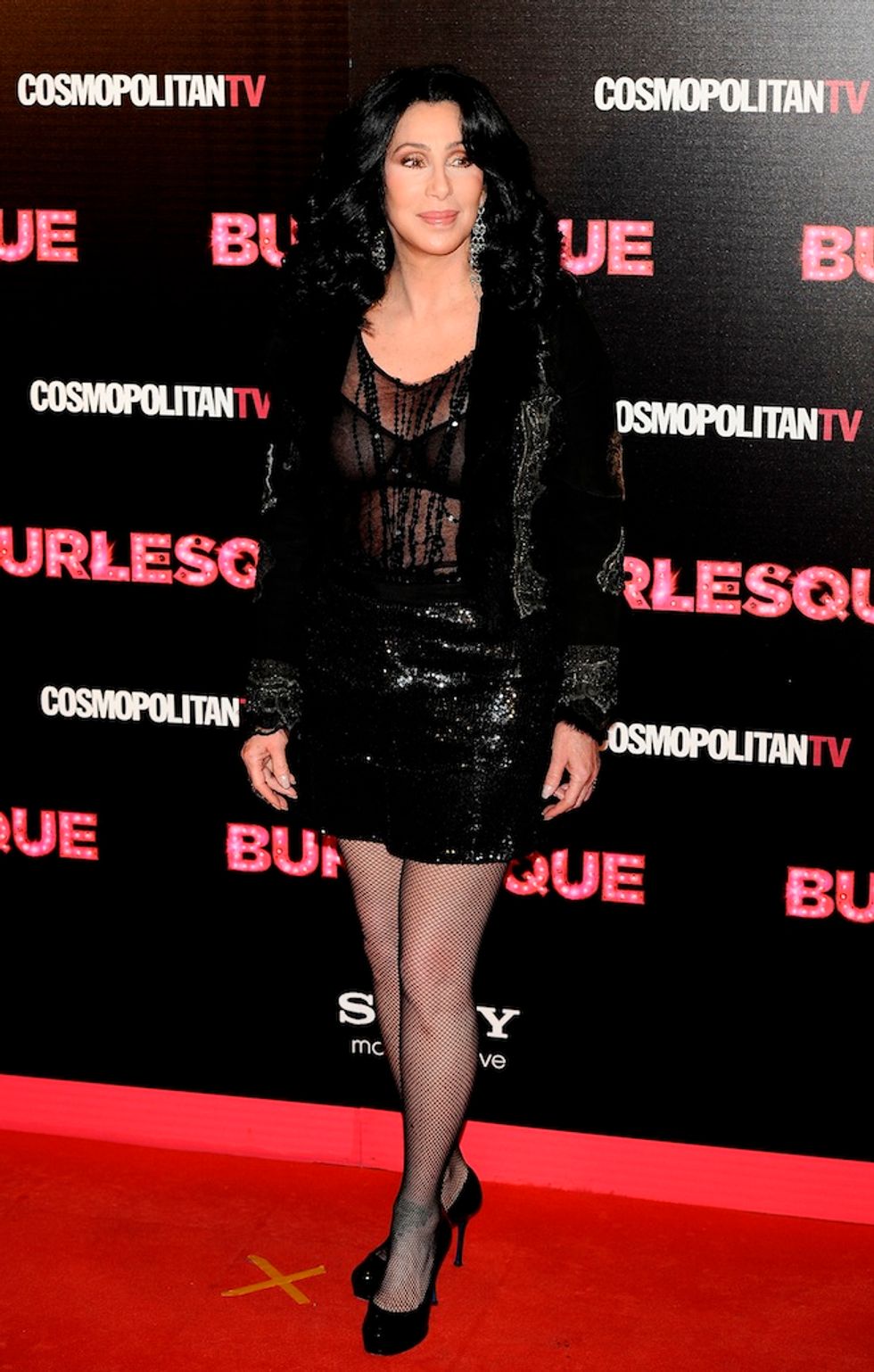 Previous Next
Famous exhibitionist Cher didn't let her age get in the way of showing off her nipples in a sheer bra at the Madrid premiere of Burlesque in 2010. 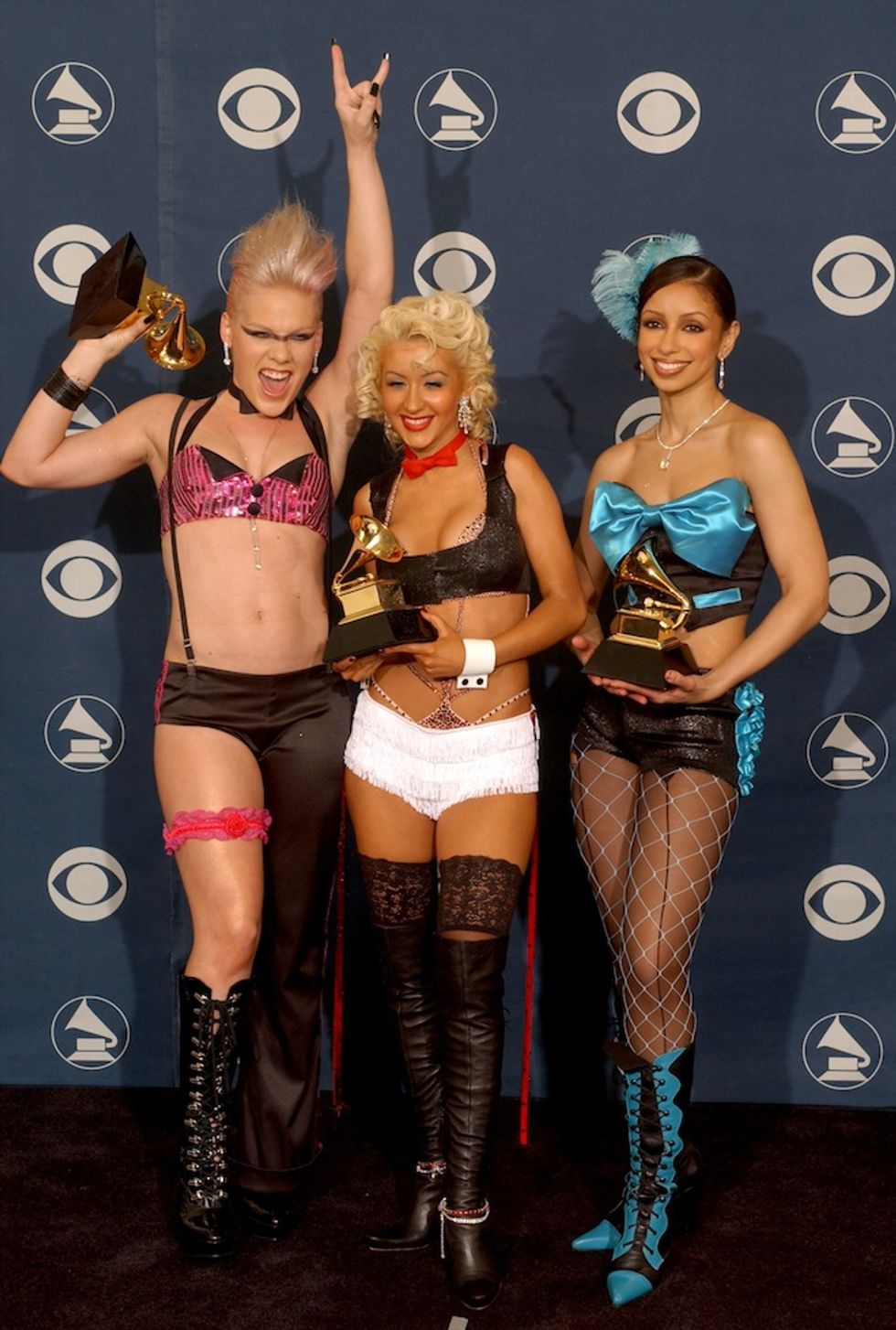 Previous Next
Pink, Christina Aguilera and Maya didn't appear to be at all self-conscious at the Grammy Awards in 2002, barely clothed in undergarments. 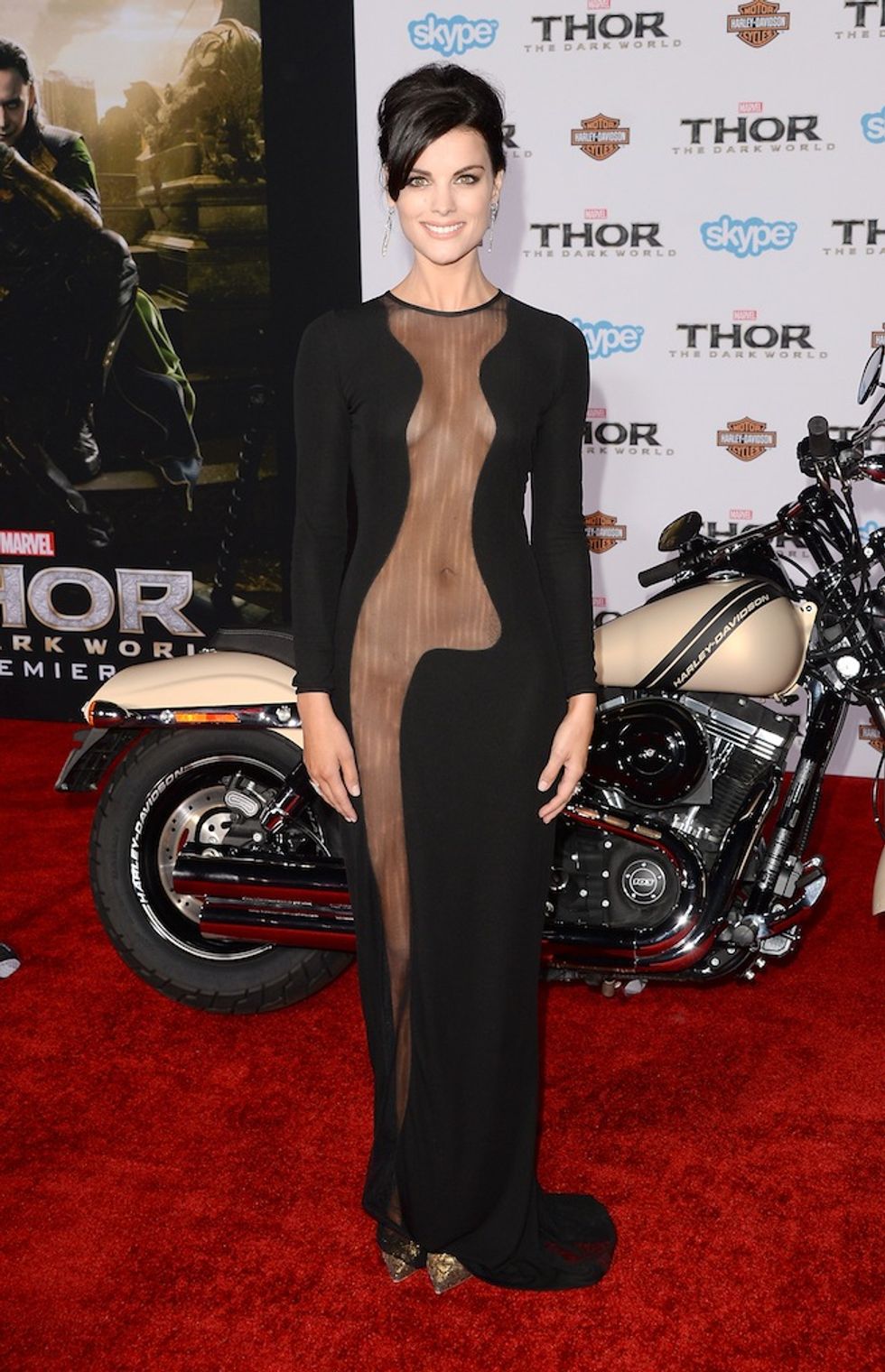 Previous Next
Jaimie Alexander certainly stole the thunder at the November 2013 premiere of Thor: The Dark World, wearing a dangerously revealing gown. 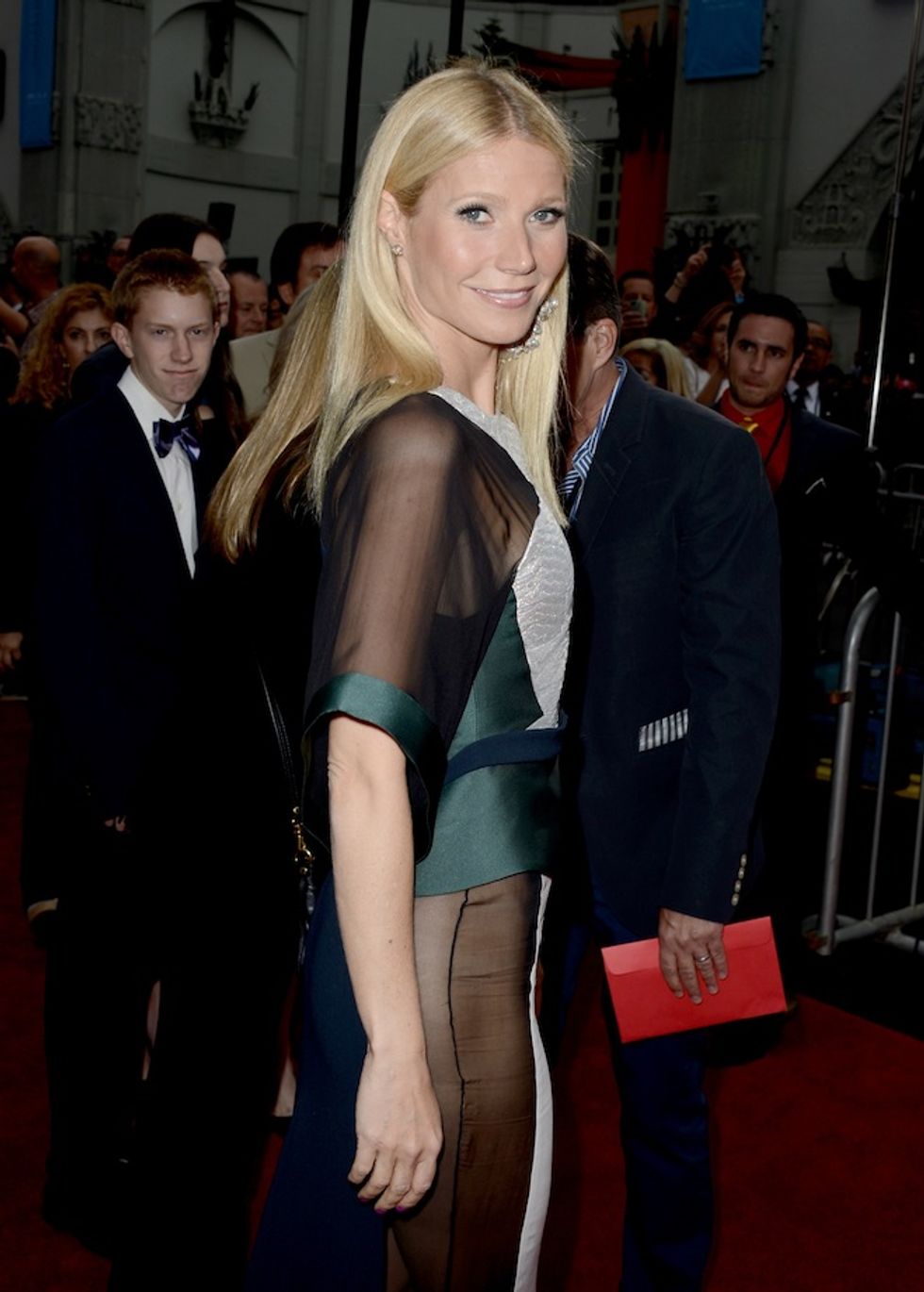 Previous Next
Gwyneth Paltrow couldn't have put on panties with her scandalously sheer Stella McCartney gown at the Iron Man 3 premiere in Los Angeles in April 2013. 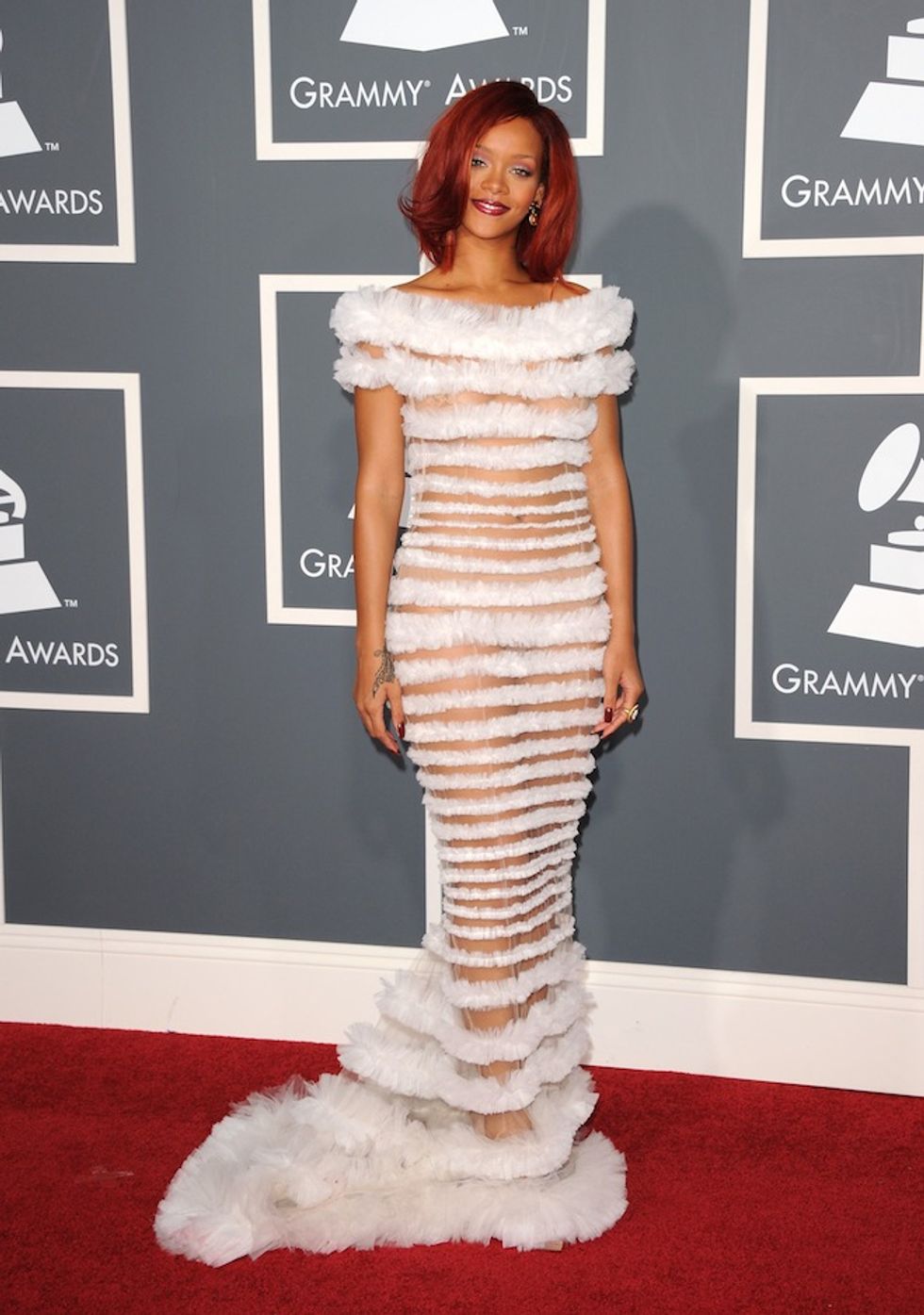 Previous Next
No stranger to scandalous style, Rihanna hit the 2011 Grammy Awards showing off 90% of her body in a Jean Paul Gaultier gown. 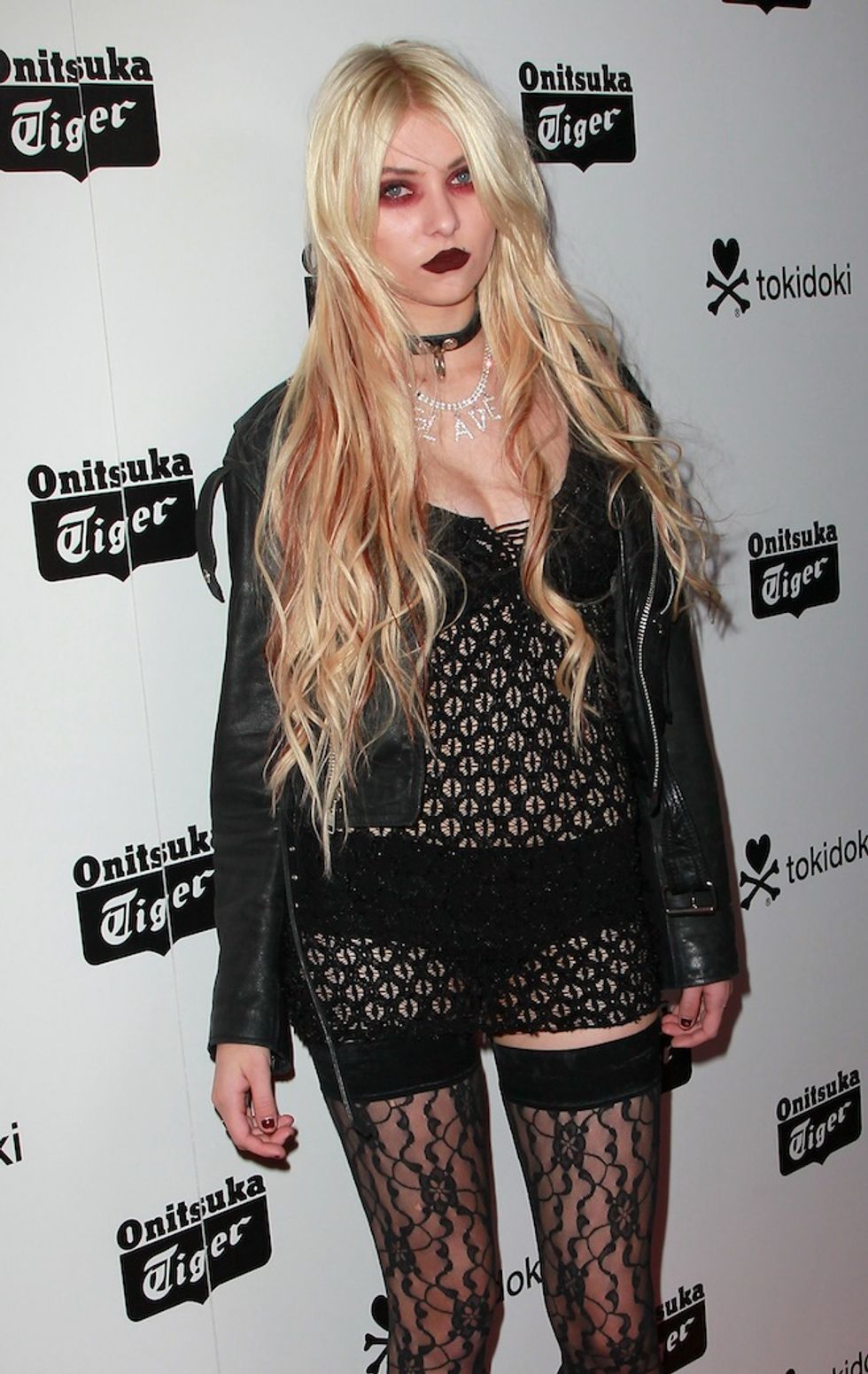 Previous Next
Taylor Momsen has been known to hit the stage and the red carpet in nearly naked duds. 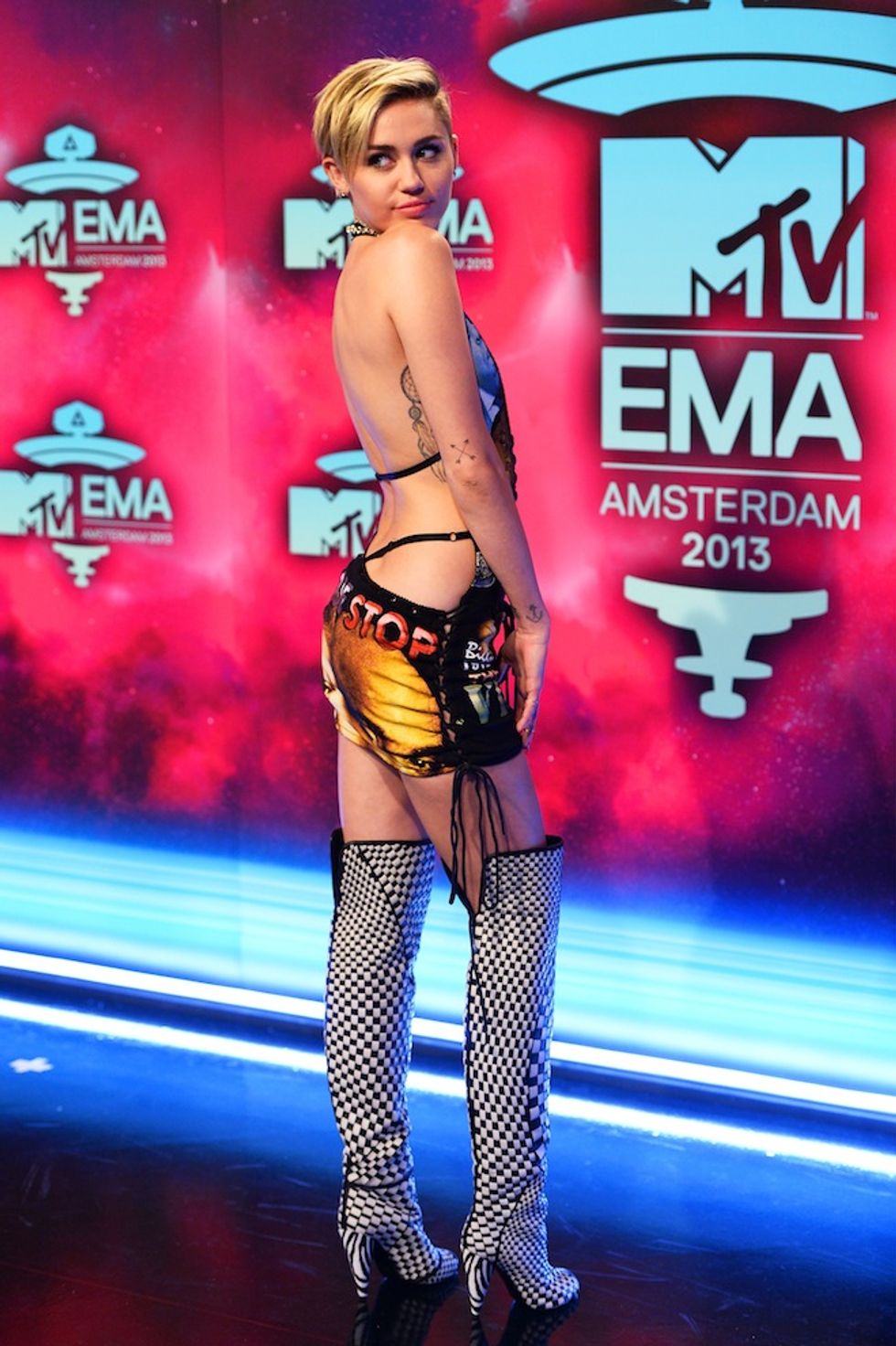 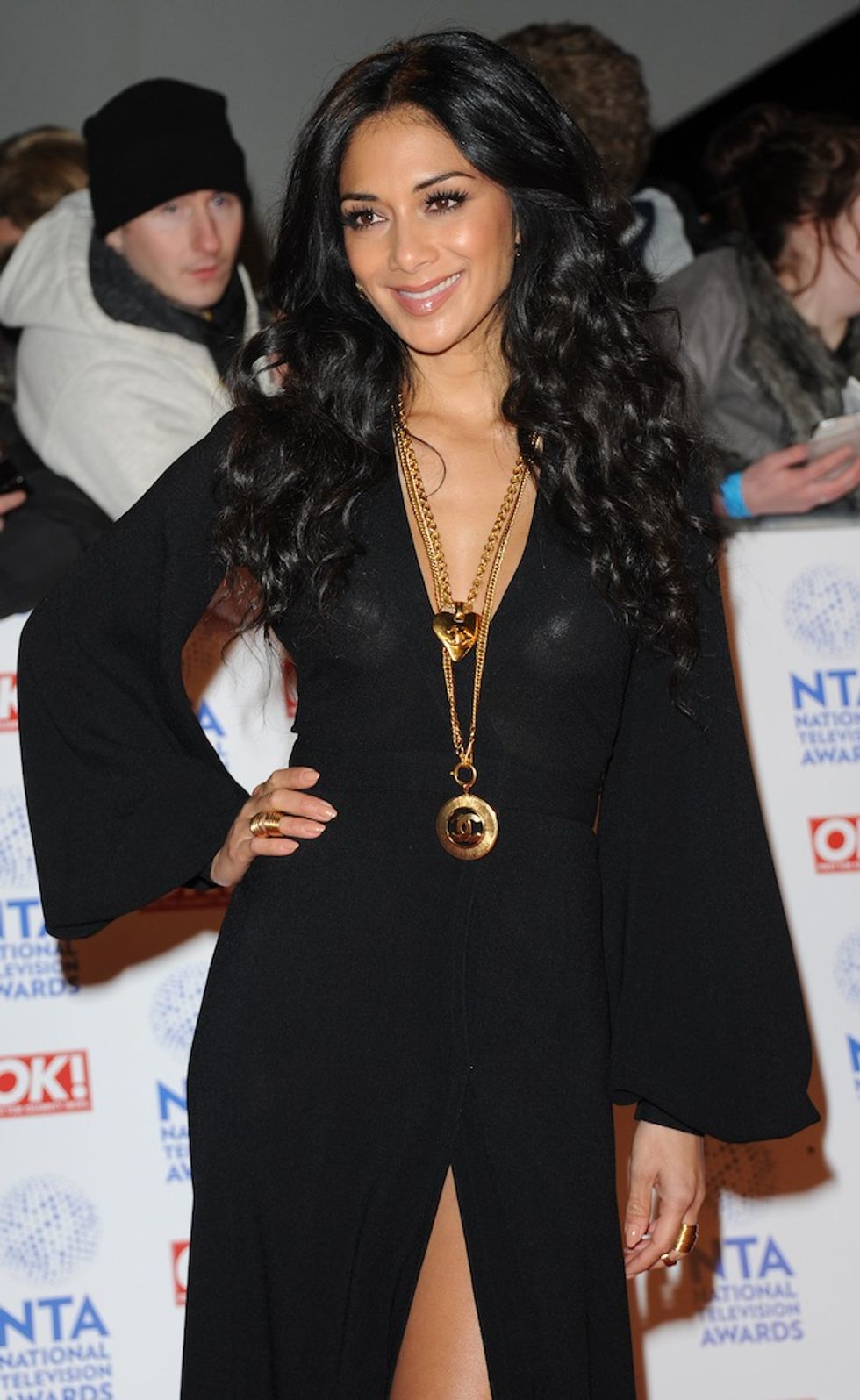 Previous Next
Nicole Scherzinger's National Television Awards dress was a tad too sheer. 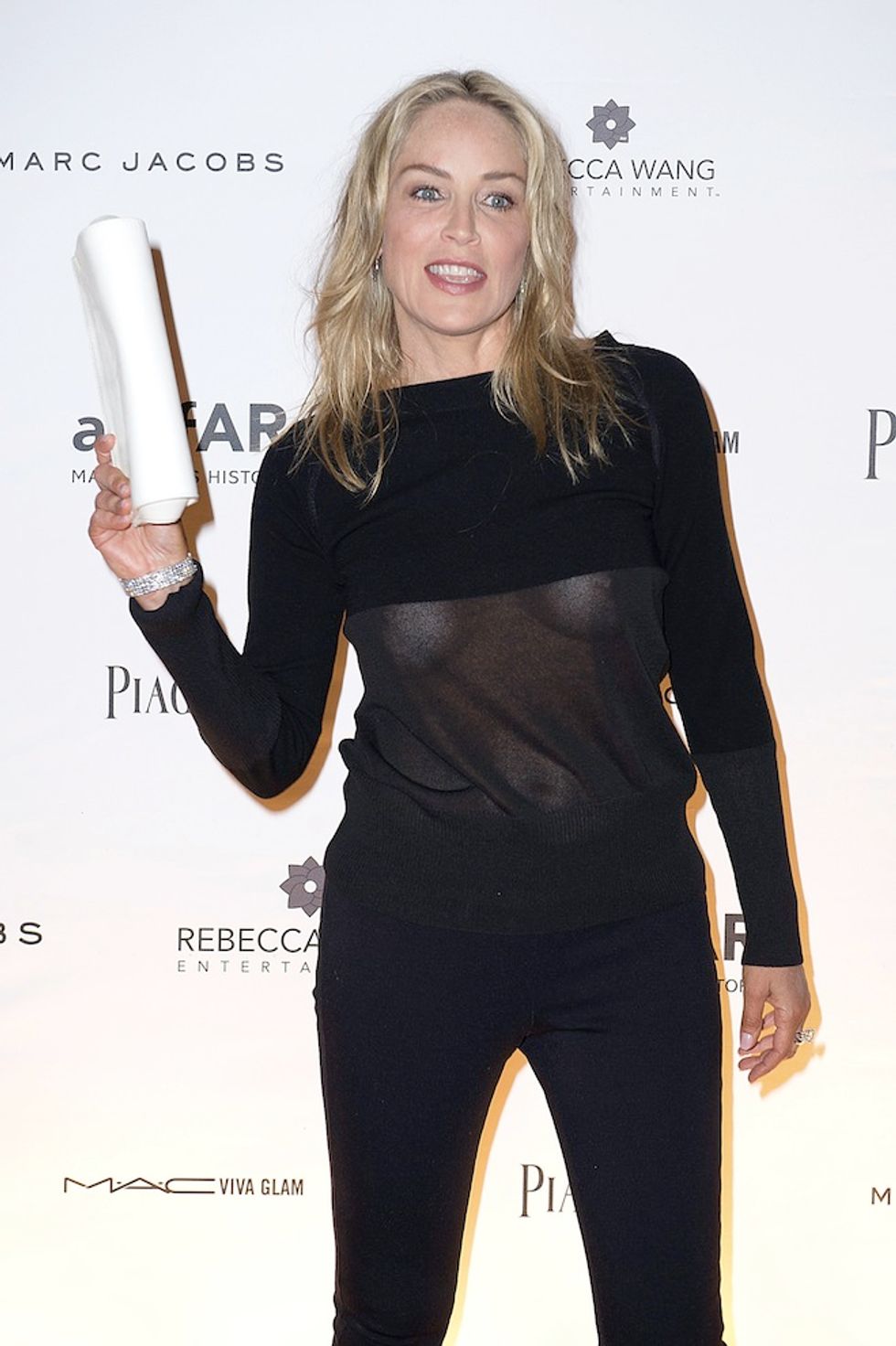 Previous Next
It's Sharon Stone's Basic Instinct to promote nudity on the red carpet!
By Leah Ornstein,

Why bother wearing any clothes at all if you are going to show off all of your major body parts in barely-there attire?

From Jennifer Lopez’s scandalous 2000 Grammy Awards Versace dress and Rose McGowan’s booby and booty exposure at the 1998 MTV VMAs to Miley Cyrus’ racy MTV EMAs getup and Cher’s Burlesque booby exposure in 2010, Popdust has photos of the 20 most naked stars on the red carpet. in our weekly feature.