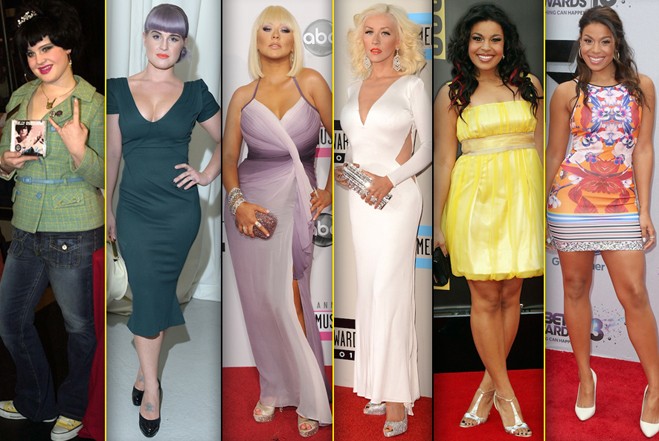 Previous Next
ByLeah OrnsteinYou may have spent yourThanksgivinggorging on food with your family, but that doesn't mean you have to continue the eat-a-thon until 2014! Get a little thinspiration from these 10 Hollywood stars, who against all odds, shaped up and slimmed down with diet and exercise. FromChristina Aguilera, who flaunted her totally slimmed down and bangin' bod at theAmerican Music Awardsthis week, to hot mamaJessica Simpson, check out these miraculous transformations right here. 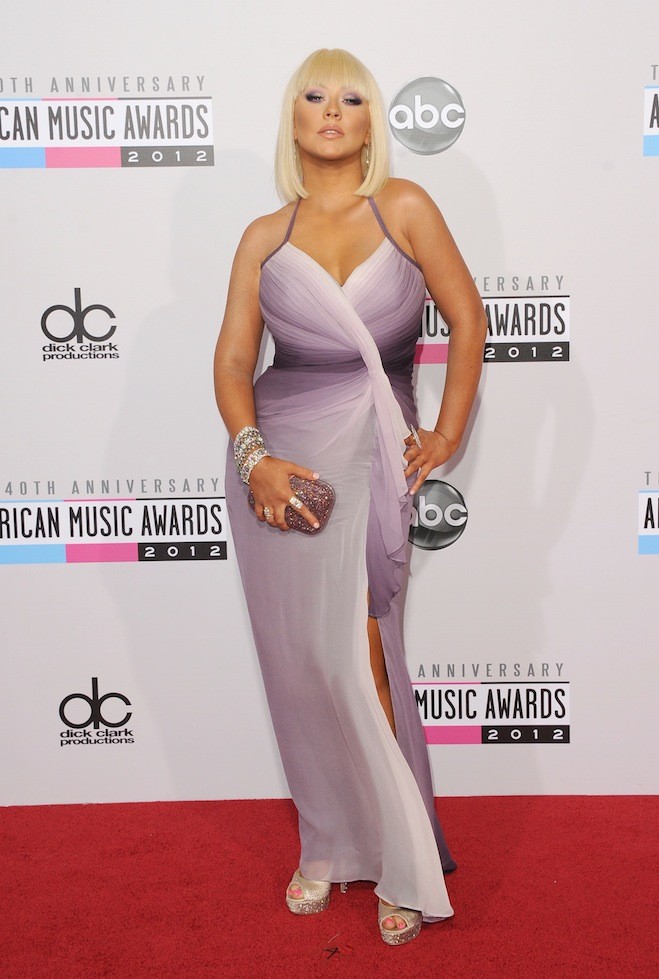 Previous Next
Before:Christina Aguilerahit theAmerican Music Awardsin November 2012, looking incredibly curvy. Her weight gain came as a shock to her fans, as she had risen to fame as a super skinny singer who frolicked around the stage nearly naked. 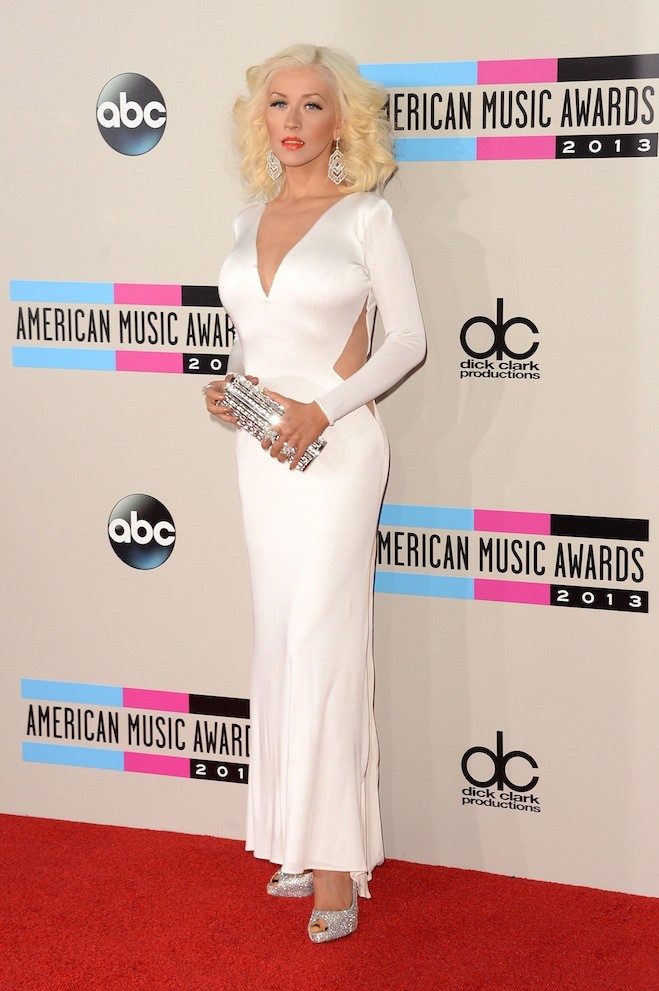 Previous Next
After: Just a year later, Aguilera hit thesame red carpet, flaunting her slimmed down and toned figure in a white cutout gown. 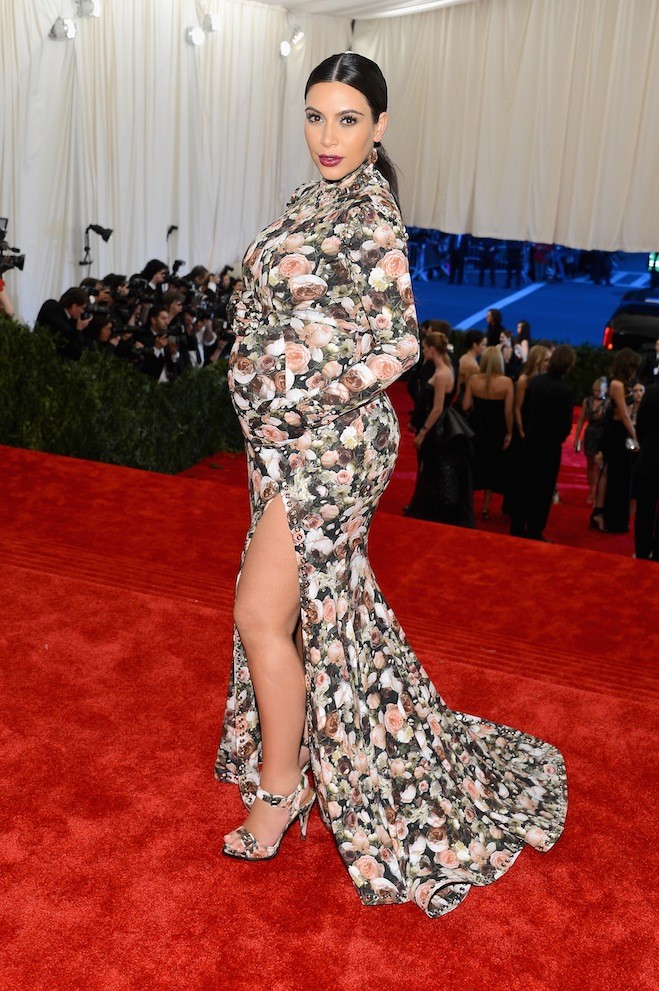 Previous Next
Before: Pregnant with her first child, curvyKim Kardashianhas copped to gaining about 50 pounds while carryingNorth West. Her weight gain attracted much media attention, with some outlets claiming she had packed on 65-pounds only five months into her pregnancy. 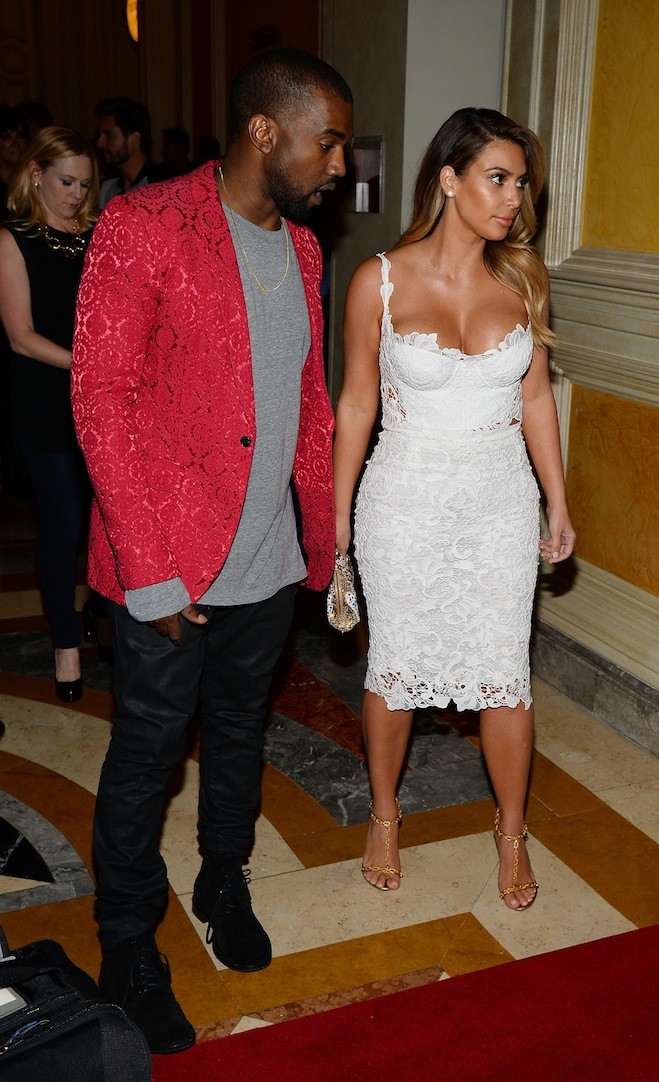 Previous Next
After:Just months after giving birth, Kardashian revealed herslimmed down figure. The reality star attributes her 50-pound weight loss to the high-protein, low-carb Atkins diet, but has also been working out with celebrity trainerTracy Anderson. 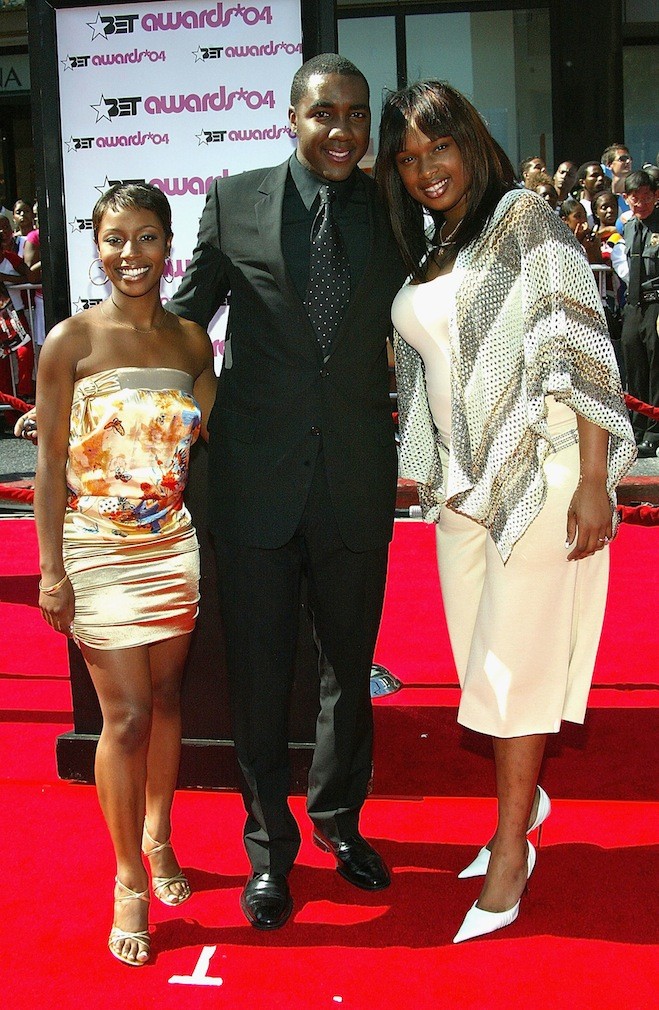 Previous Next
Before: At theBET Awardsin 2004,Jennifer Hudsonwas anAmerican Idolfinalist about to make a major mark in the music industry. 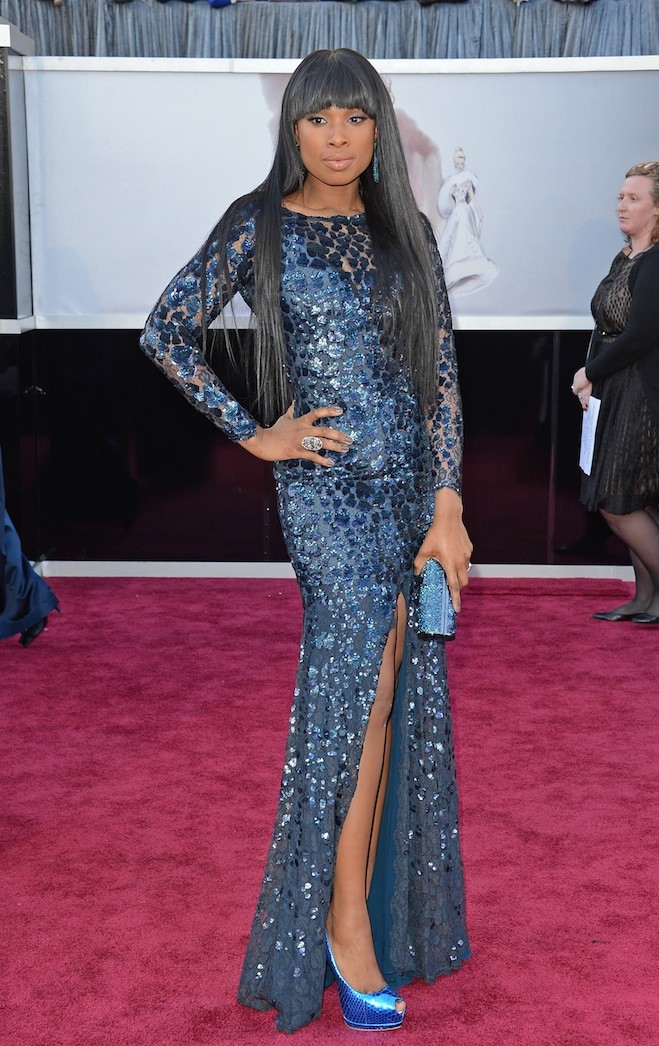 Previous Next
After: Pictured here at the 85thAcademy Awardsin 2013, Jennifer is one of the greatest weight loss success stories in Hollywood with the help ofWeight Watchers. She has reportedly dropped a whopping 80 pounds and gone down 10 dress sizes. 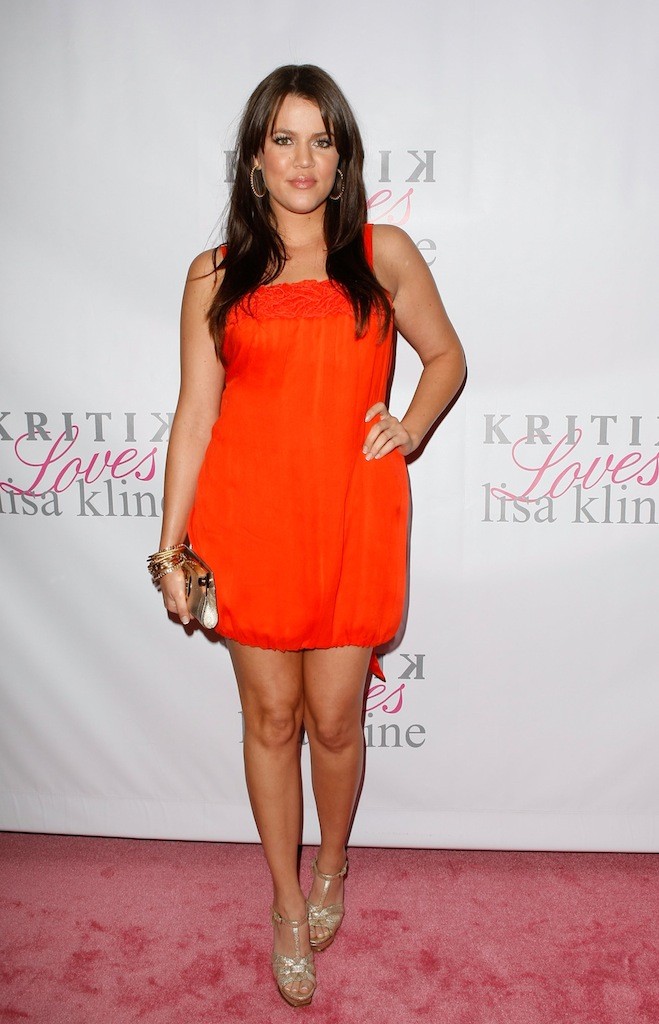 Previous Next
Before: After struggling with her weight most of her life,Khloe Kardashian, pictured here in 2008, started slimming down after the success ofKeeping Up with the Kardashians. 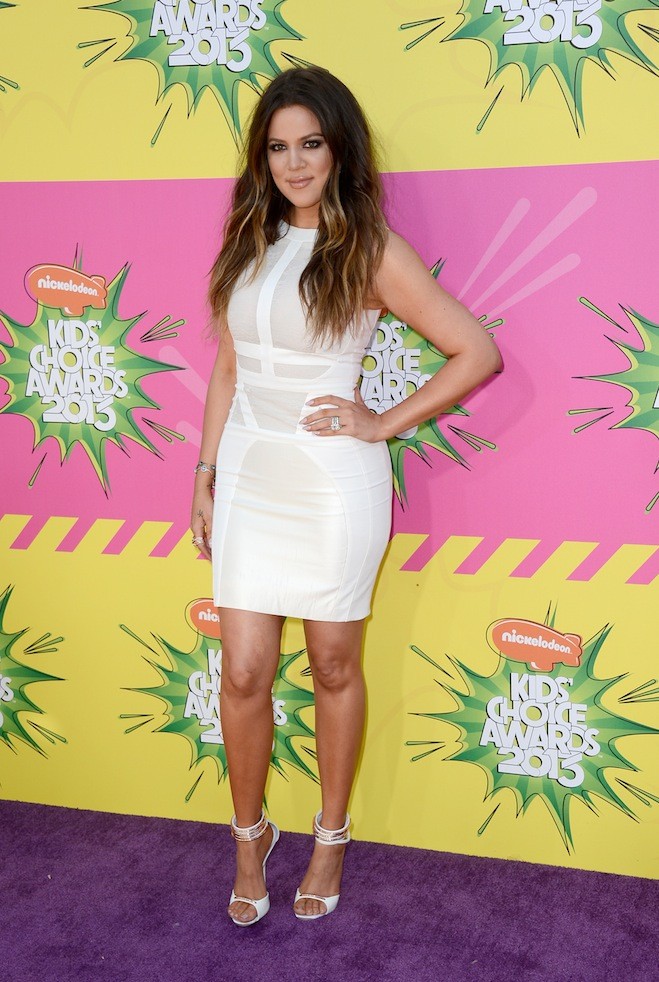 Previous Next
After: Claiming to have lost 25 pounds by working out four days a week and eating in moderation,the reality star, who has maintained her weight loss, flaunts her body in 2013. 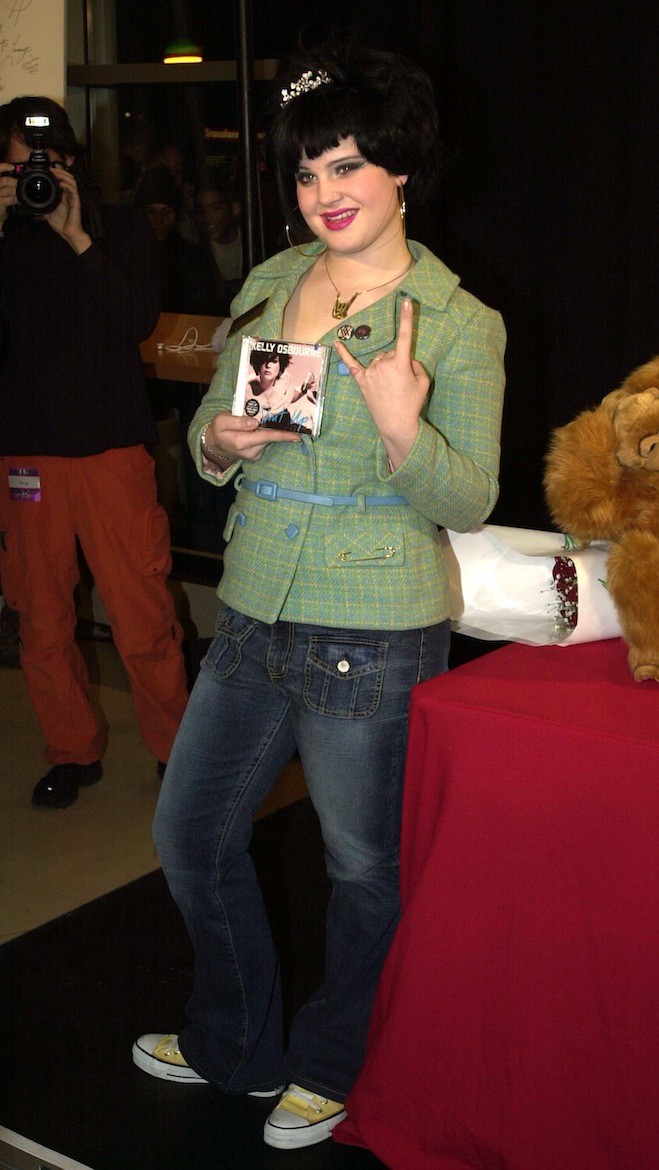 Previous Next
Before:Kelly Osbournestruggled with her weight during her rise to fame on her family's reality show. 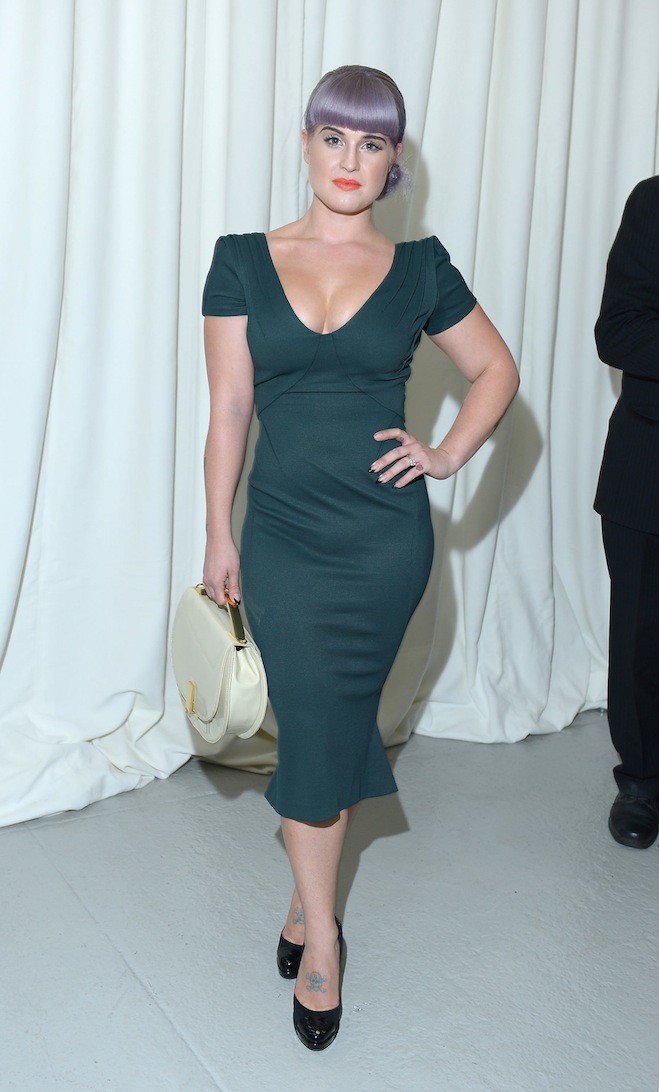 Previous Next
After: Going onDancing with the Starsin 2009 was a turning point for the rock royalty, who ended up losing a whopping 70 pounds. The self-proclaimed â��former fat personâ�� has admitted that it's a struggle to keep the weight off. 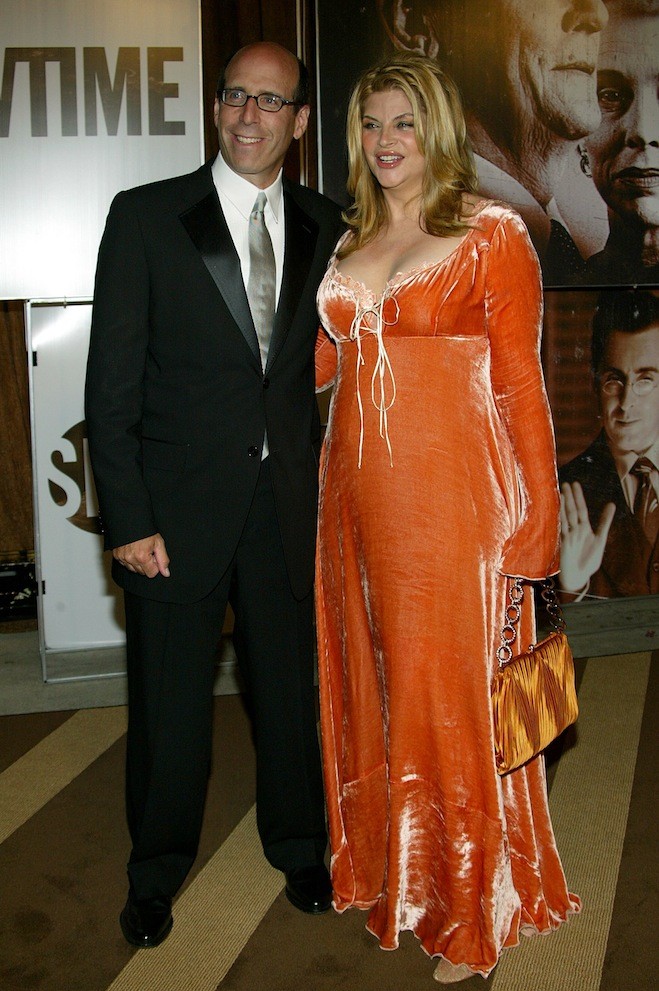 Previous Next
Before:Kirstie Alley, pictured here in 2004, struggled with her weight for several years after herCheersfame and was once the face ofJenny Craig. 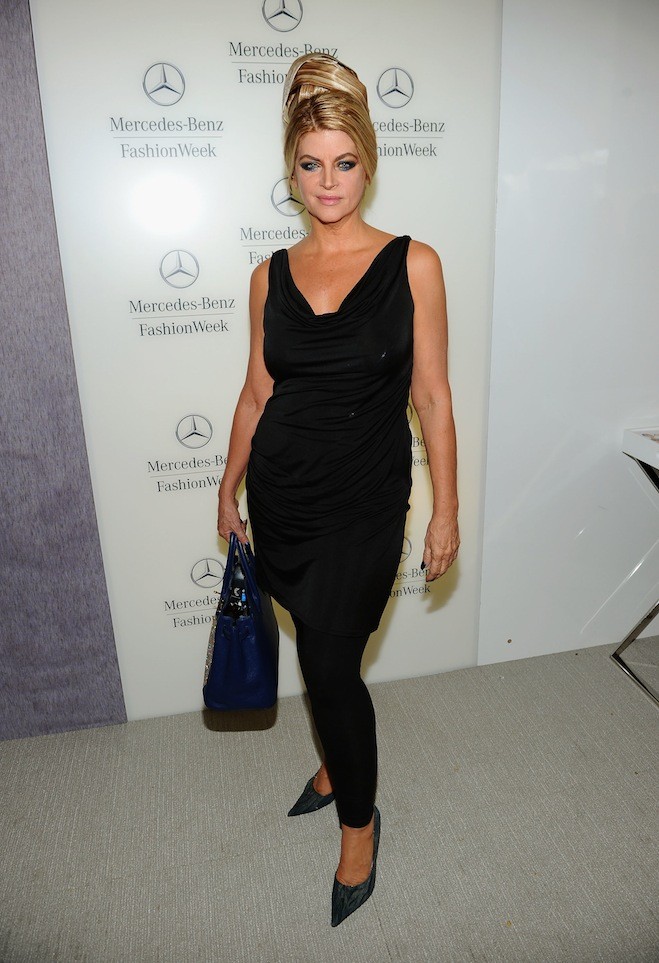 Previous Next
After:Alley showed off a slimmed down figure in 2011, which was aided by her appearance onDancing with the Stars.

Previous Next
Before:Sara Rue, pictured here in 2003, enjoyed a successful career in Hollywood for years, but struggled with body image issues. 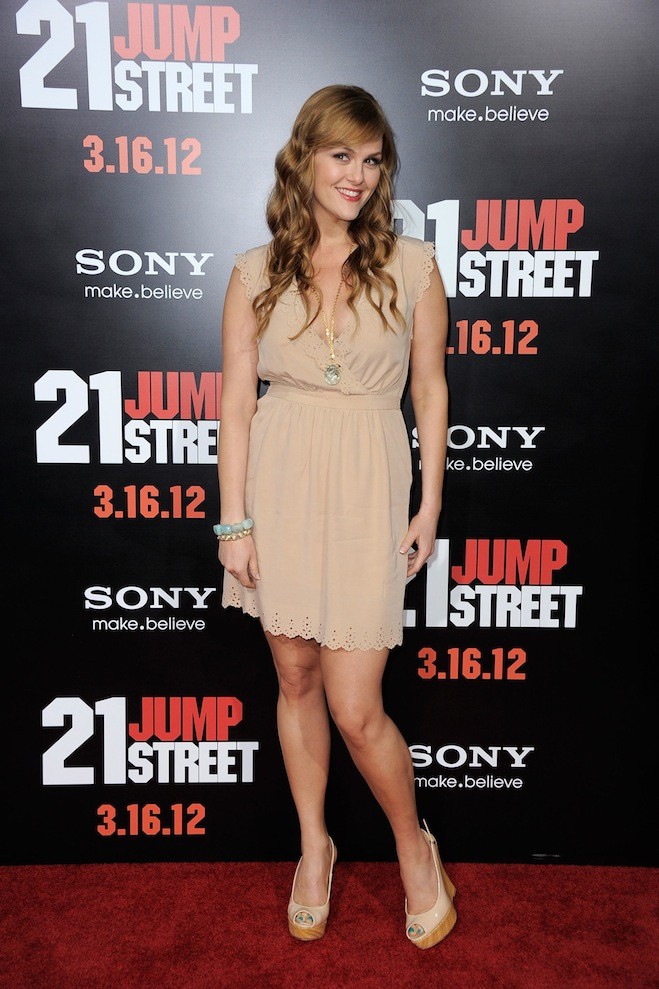 Previous Next
After: Turning toJenny Craigfor help to slim down for her wedding, the star dropped a reported 50 pounds by using the weight loss program and exercising. 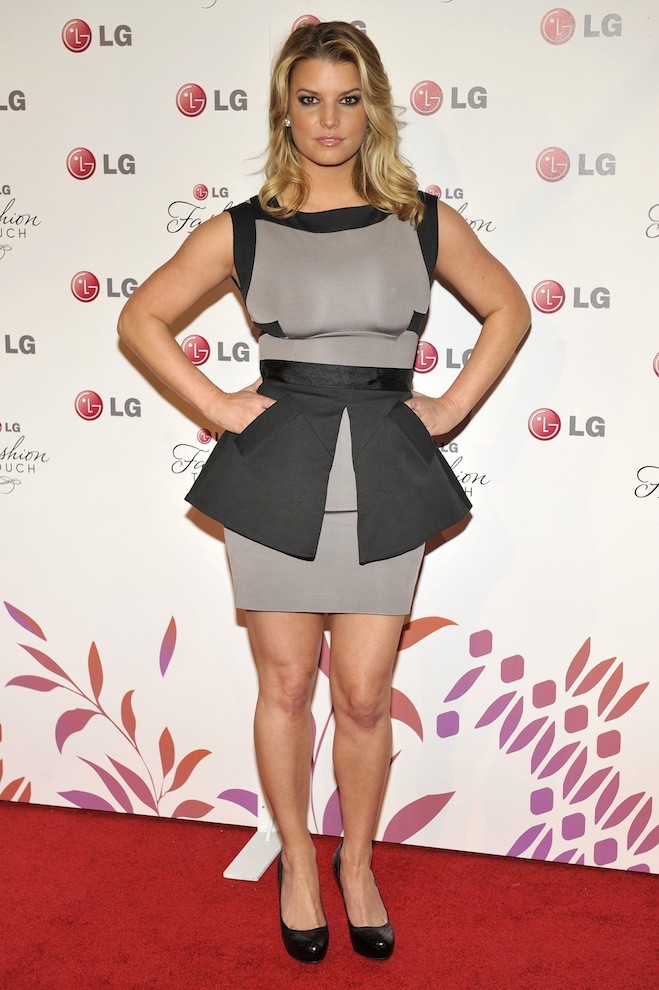 Previous Next
Before:Jessica Simpson, who famously rocked a skimpy bikini and Daisy Dukes in the remake ofDukes of Hazzard, was the brunt of fat jokes when she hit the stage of a music festival in unflattering, high-waisted pants in 2009. 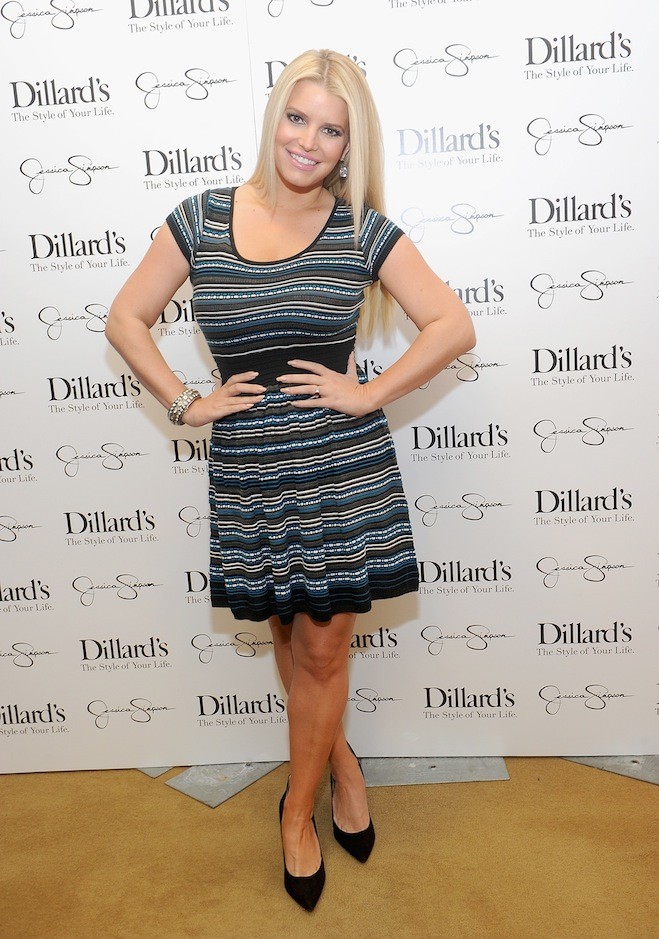 Previous Next
After:Pictured in 2013 after giving birthto two children, the superstar has lost a significant amount of weight with the help ofWeight Watchers. 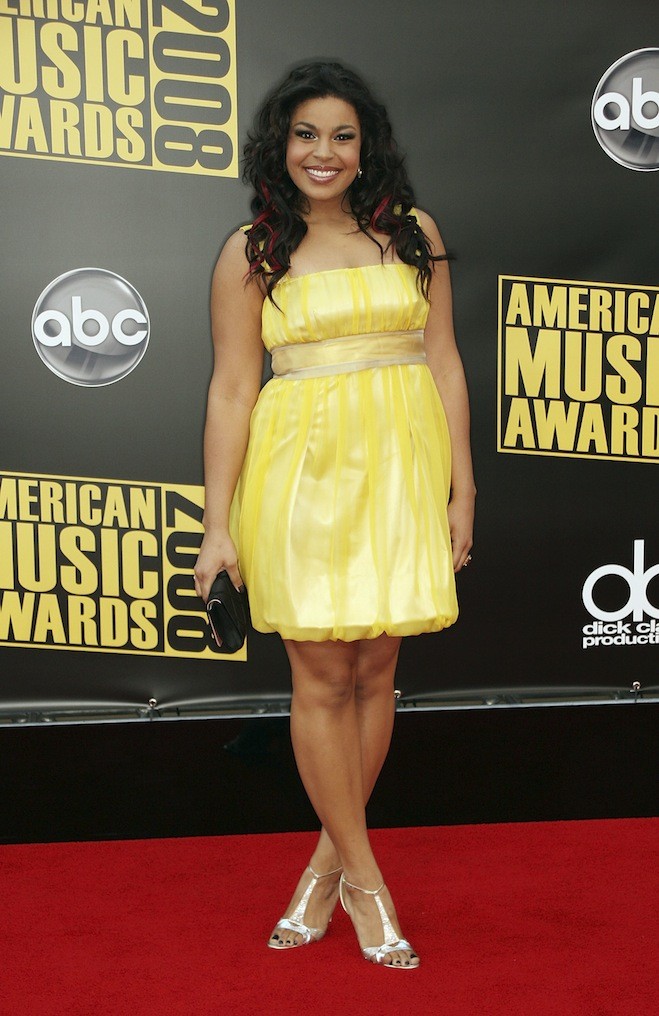 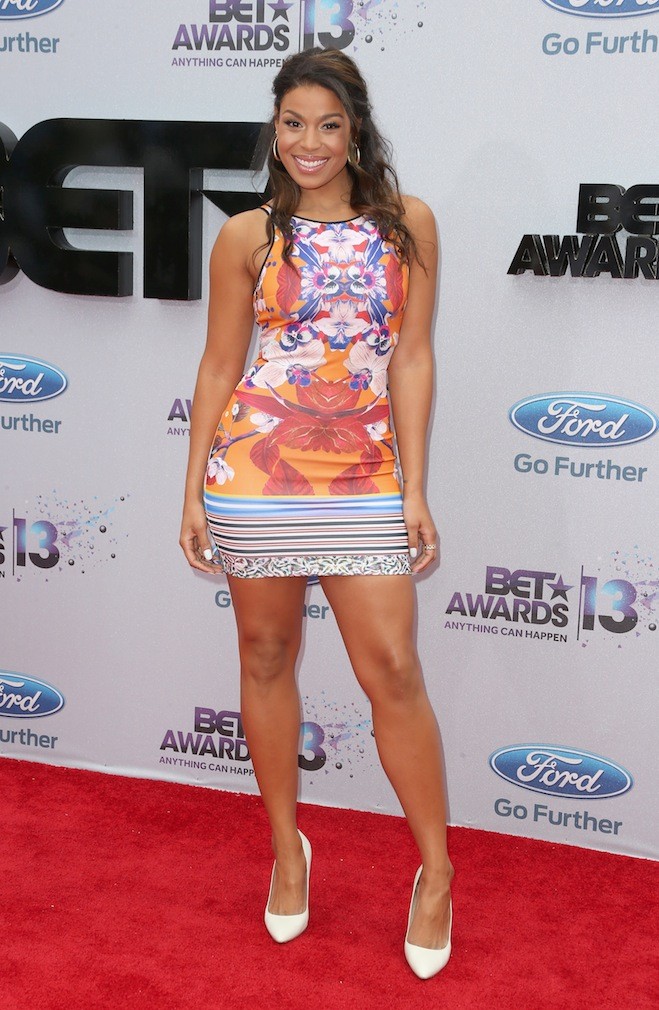 Previous Next
After: The singer revealed in 2012 that she had dropped 50 pounds â��the natural wayâ�� through diet and exercise. 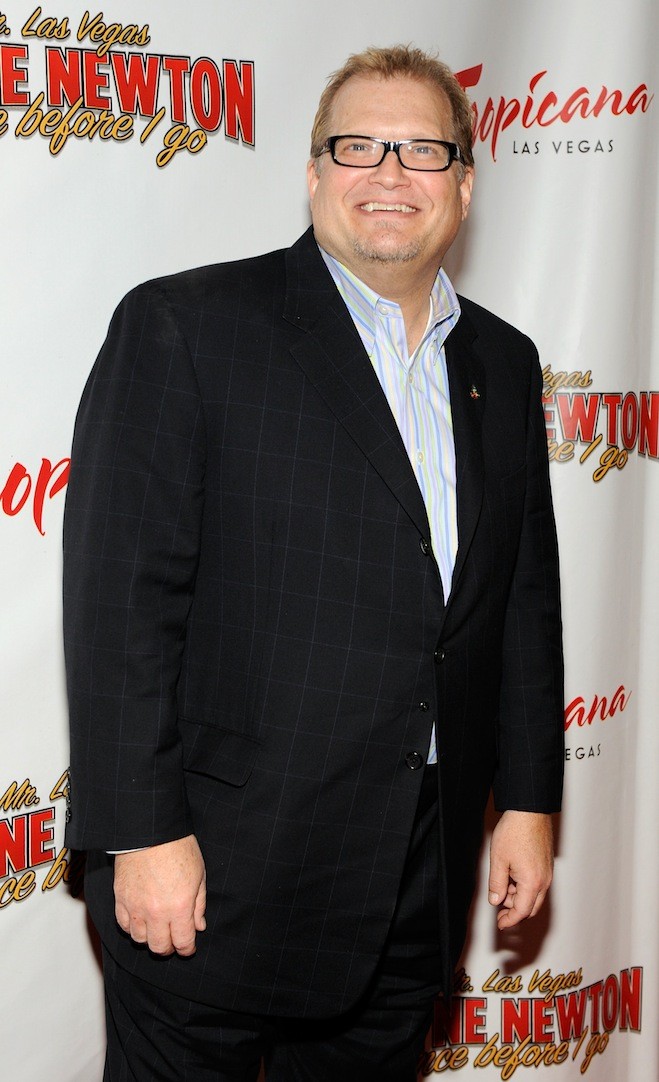 Previous Next
Before: By 2009, comedianDrew Carey's weight had become a health issue. 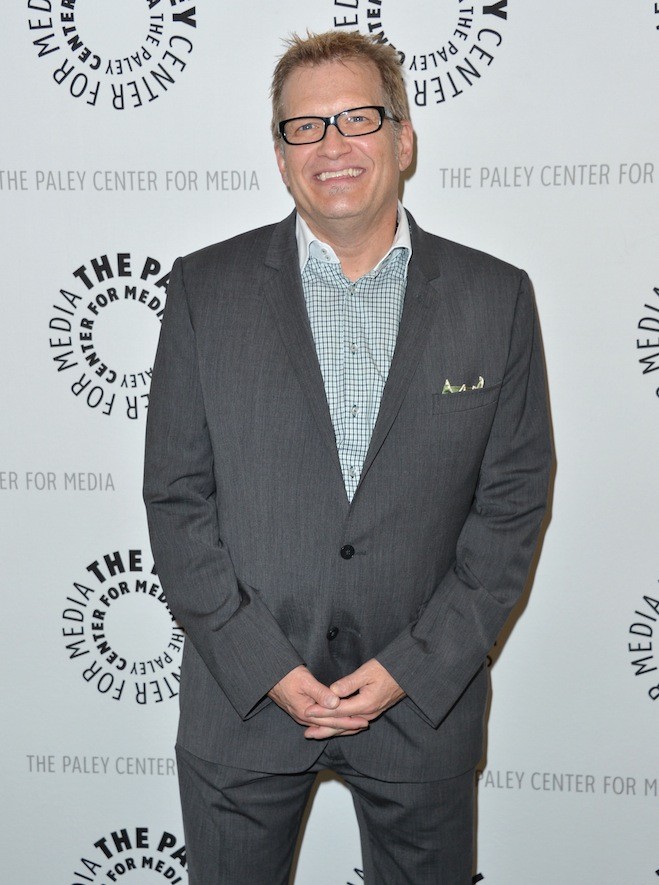 Previous Next
After:The Price Is Righthost has lost a whopping 80 pounds, pictured here in 2012, which he attributes to a high protein, low-carb diet and a six day-per-week cardio regiment.
By Leah Ornstein

You may have spent your Thanksgiving gorging on food with your family, but that doesn’t mean you have to continue the eat-a-thon until 2014! Get a little thinspiration from these 10 Hollywood stars, who against all odds, shaped up and slimmed down with diet and exercise. From Christina Aguilera, who flaunted her totally slimmed down and bangin’ bod at the American Music Awards this week, to hot mama Jessica Simpson, check out these miraculous transformations right here.