In Defense of "Lolita:" Madison Beer Was Right

Depressed that Game of Thrones isn't coming back until 2019? 15 shows to take the edge off.

Feeling blue GoT is on a 2 year hiatus? Here are some binge-worthy shows to keep you busy.

Depressed that Game of Thrones is over till 2019?

Really, really concerned with the well being of the Seven Kingdoms and really, really frustrated that you have to wait until 2019 to find out? We've got you covered. These fifteen shows should have you binging until winter comes. 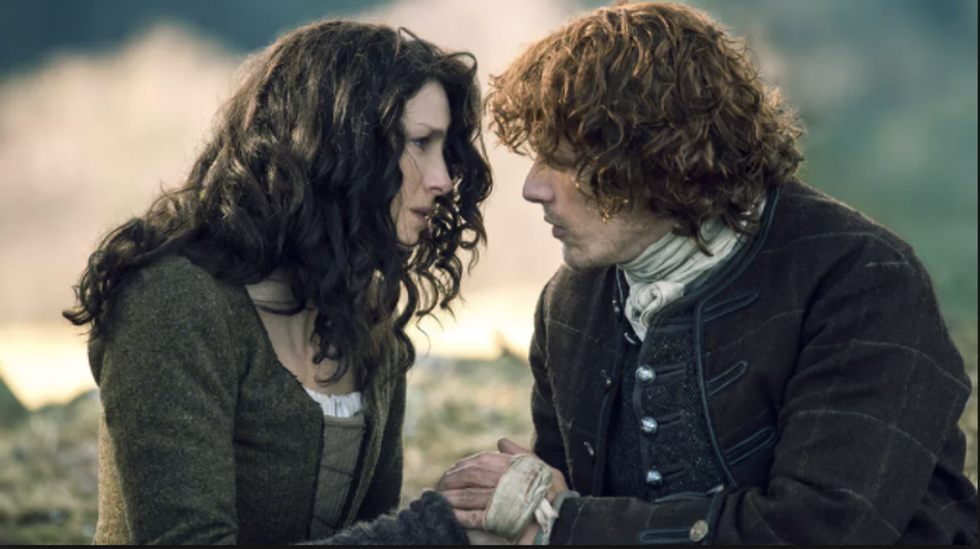 Trade the Seven Kingdoms for England circa 1945 and 1743. Decently action packed and just as many problematic love triangles as Thrones, Outlander will keep you occupied with four seasons of time traveling mystery. 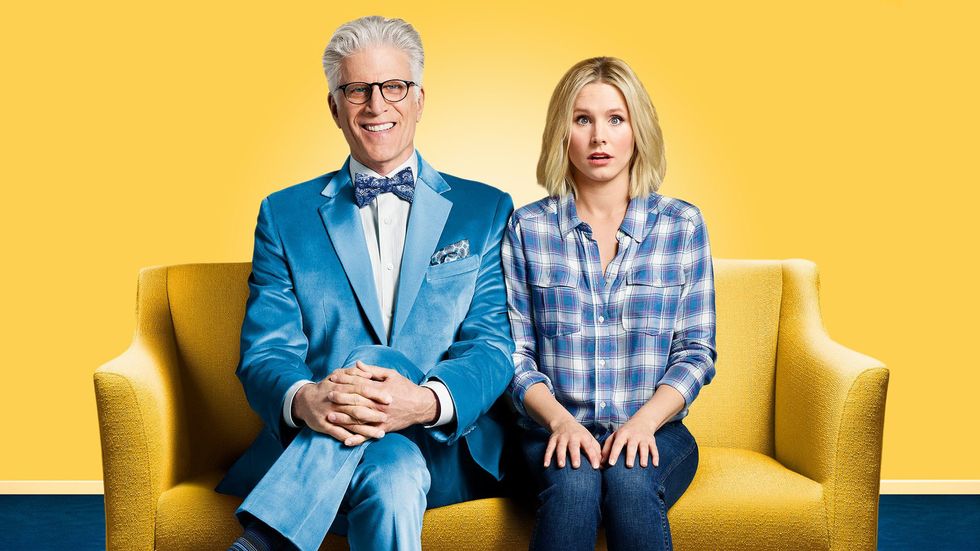 Need a break from the action and suspense? Check out The Good Place. A light-hearted comedy, I find that The Good Place is funnier than Kimmy Schmidt but less of a commitment than The Office, it offers two delightful Seasons of Kristen Bell proving herself worthy of "the good place" over "the bad place" in her afterlife.

A different kind of suspense than what GoT has to offer, Black Mirror is perfect for anyone who not feeling commitment towards any other show right away. Each episode standing along you can bounce around the series without worrying about missing any details. 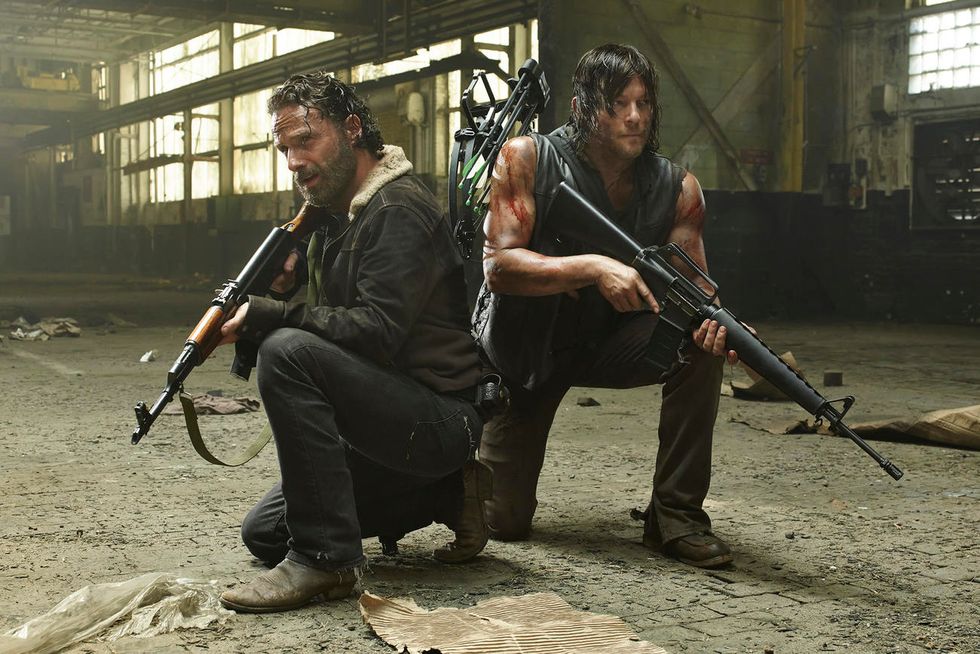 If you haven't seen The Walking Dead yet but you're a fan of GoT, you'll love it for the great combat and action throughout the series. A full eight seasons, this one will keep you busy for at least two months. 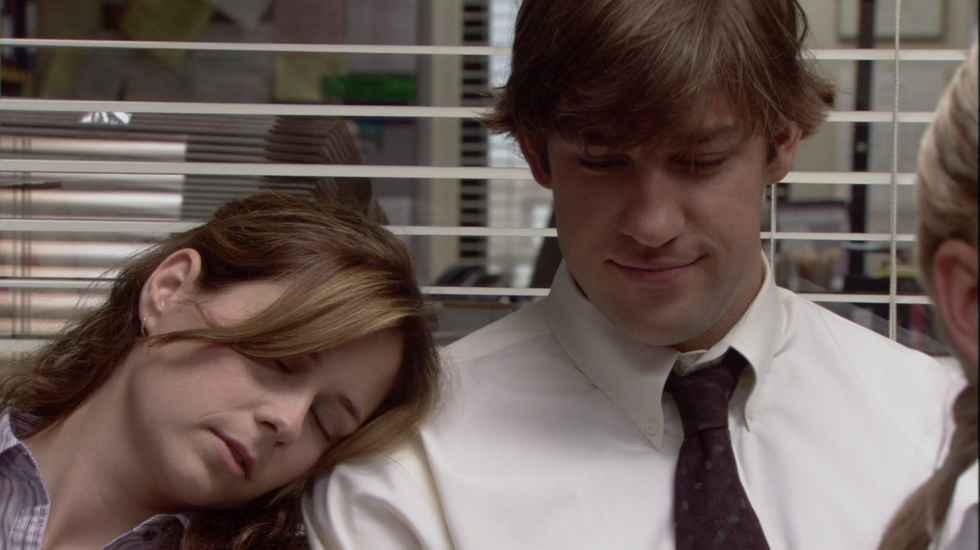 9 whole Seasons on Netflix provides for the perfect binging experience bound to keep you busy for a few months. Very different from GoT, The Office is the perfect show if you want to be able to eat dinner during your television binging. Plus, you'll ship Pam and Jim just as much as you pitched Dany and Jon. 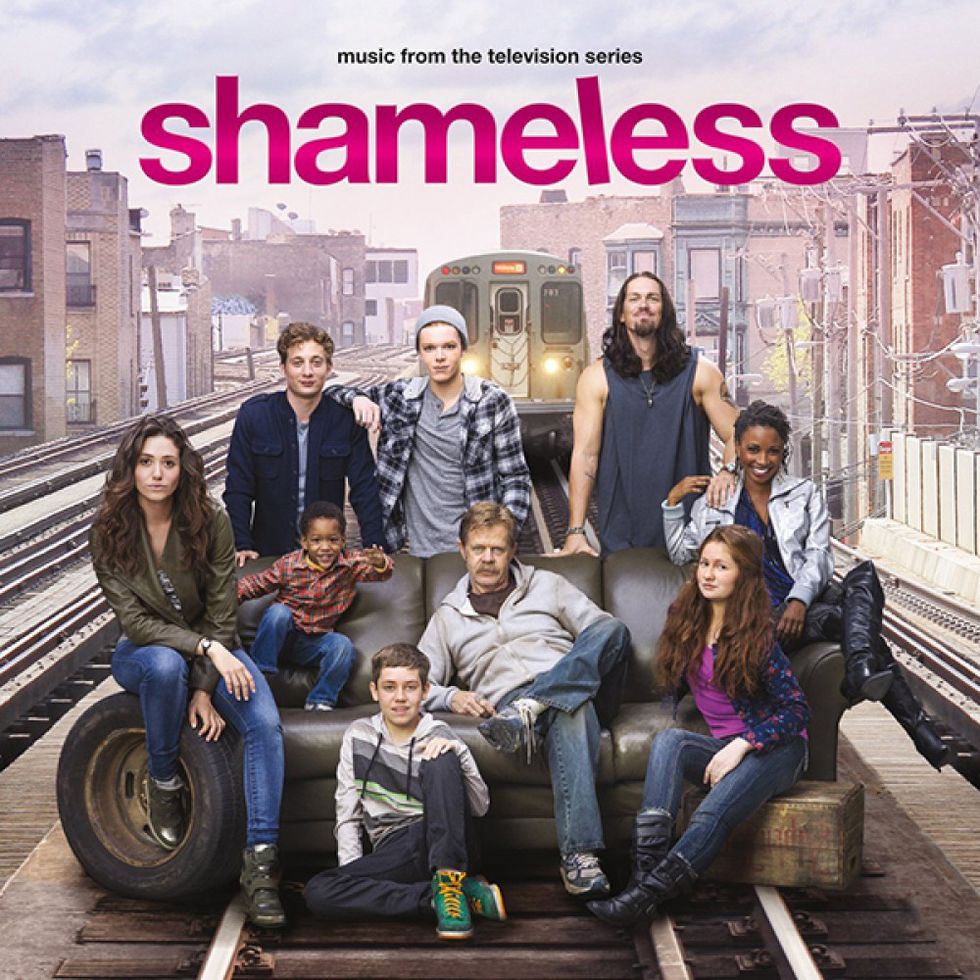 The cast of Shameless (Showtime Store)

Love the dysfunction of the Lannister house? The Gallaghers are just as dysfunctional (minus the incest). Binge all eight seasons on Netflix. 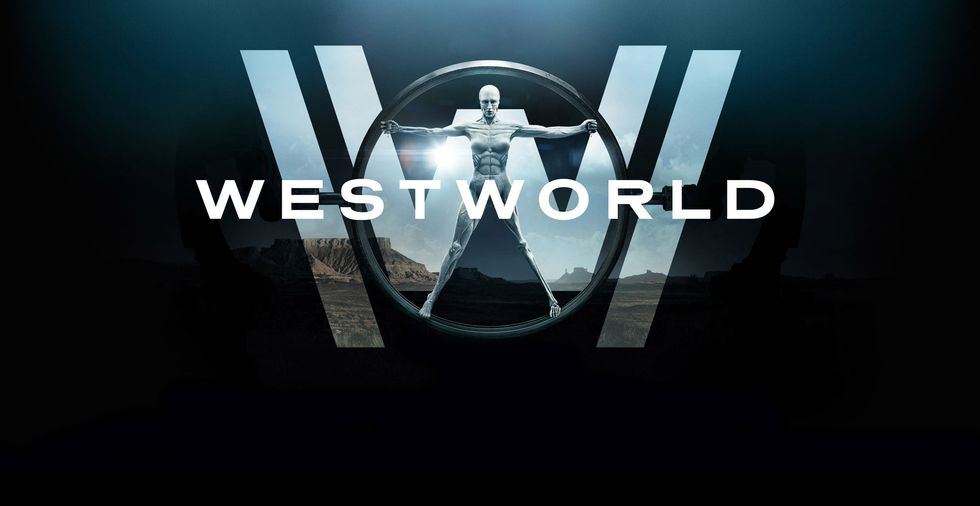 Also from HBO, Westworld takes you to just as unique as a world as GoT. This time, a futuristic setting where consumers visit an old West amusement park where their actions hold no consequence, the show challenges if it's ethical to treat robots as objects. 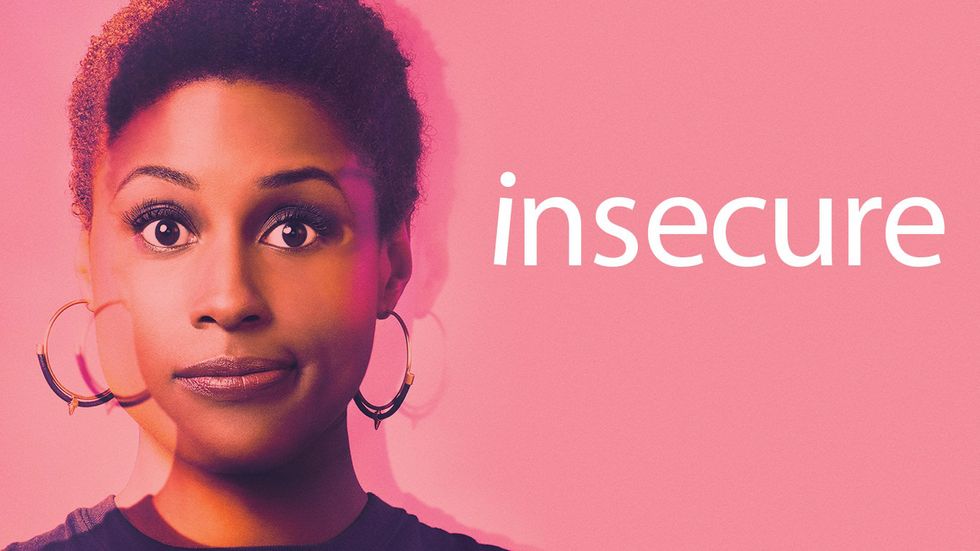 Another solid HBO series that removes you from the intensity of GoT, Insecure is an important show both culturally and generationally. Season 2 just aired, so it's a quick binge, but definitely a must-see. 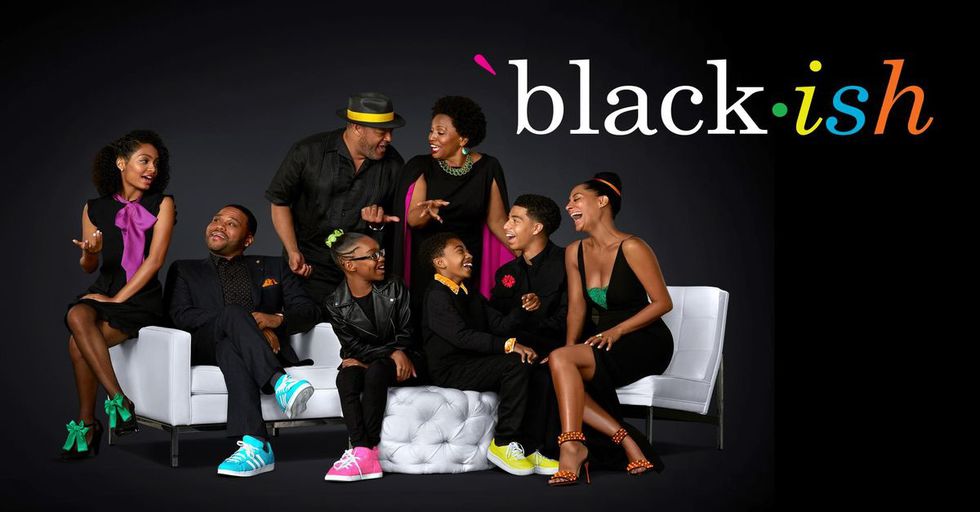 Another culturally relevant show is Black-ish. Four Seasons to binge, it's a moderate commitment and definitely is a hot topic. The show is about a black family living in a white, upper-class community and the cultural identity struggles they experience. 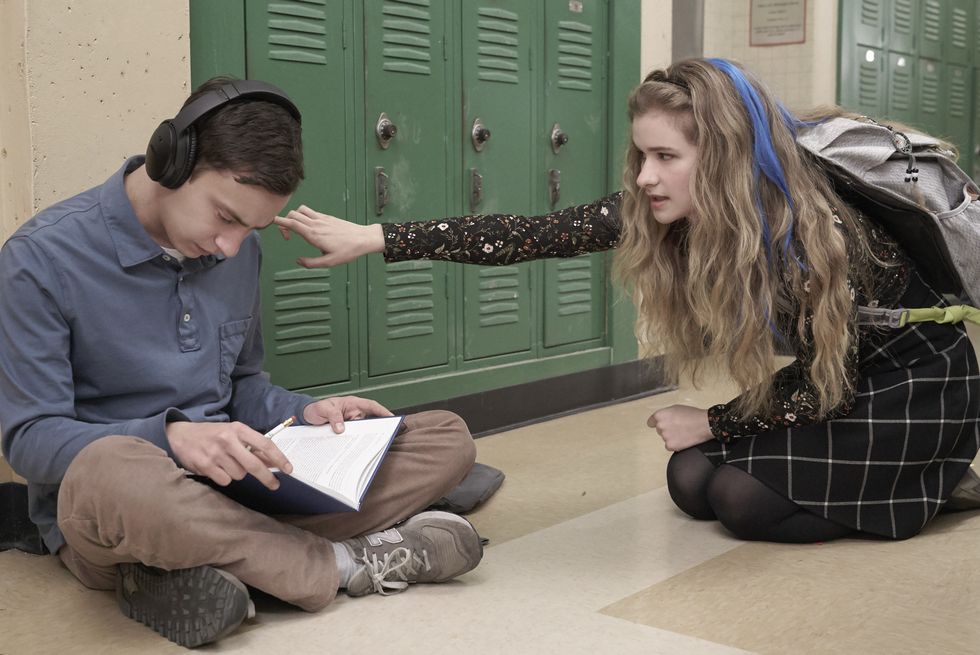 Atypical is a new show on Netflix about a high school student on the autism spectrum that decides it's time to date and sets out to find a girlfriend. Only one Season at the moment, this is a quick, but interesting and unique show to binge. 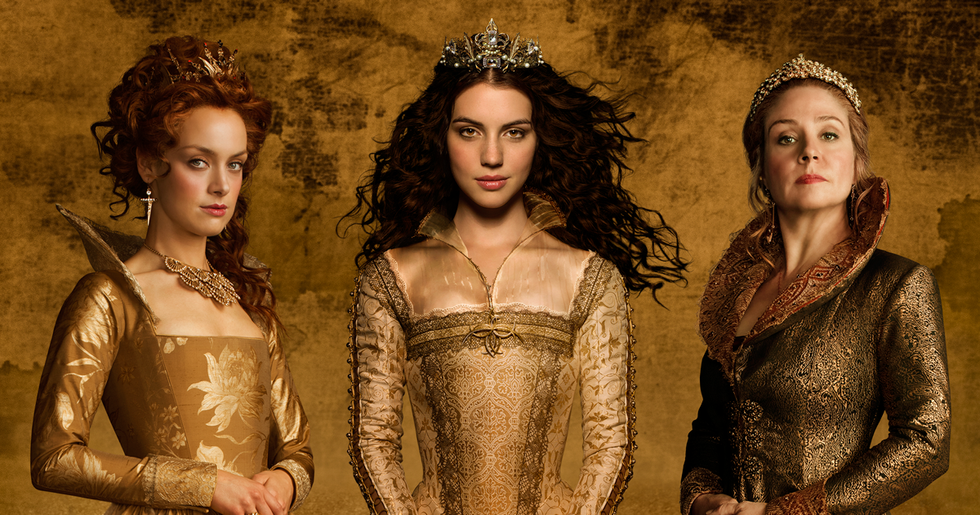 The ladies of Reign (The CW)

Love the world of royalty, swords, and secrets that GoT provides, definitely a little more juvenile but just as enticing, Reign is a four season show about the infamous Mary Queen of Scots. 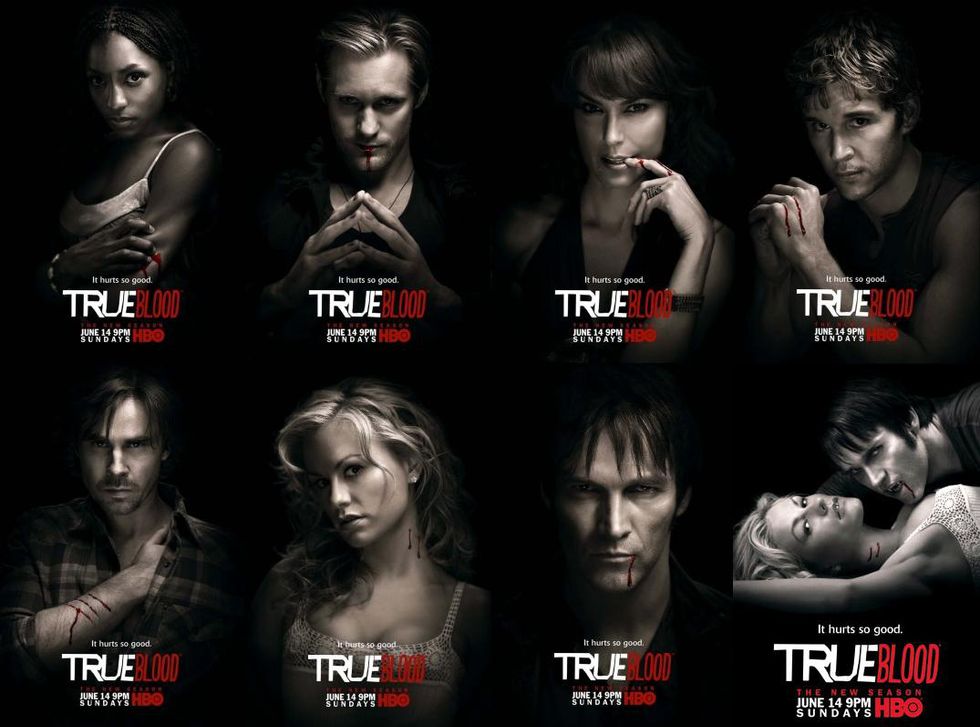 Never shyed away from the blood and gore of GoT? You definitely could stomach True Blood then. An oldie but goodie from HBO, True Blood takes place in the South where vampires and other fantasy creatures live amongst humans and entangle their lives with one another. 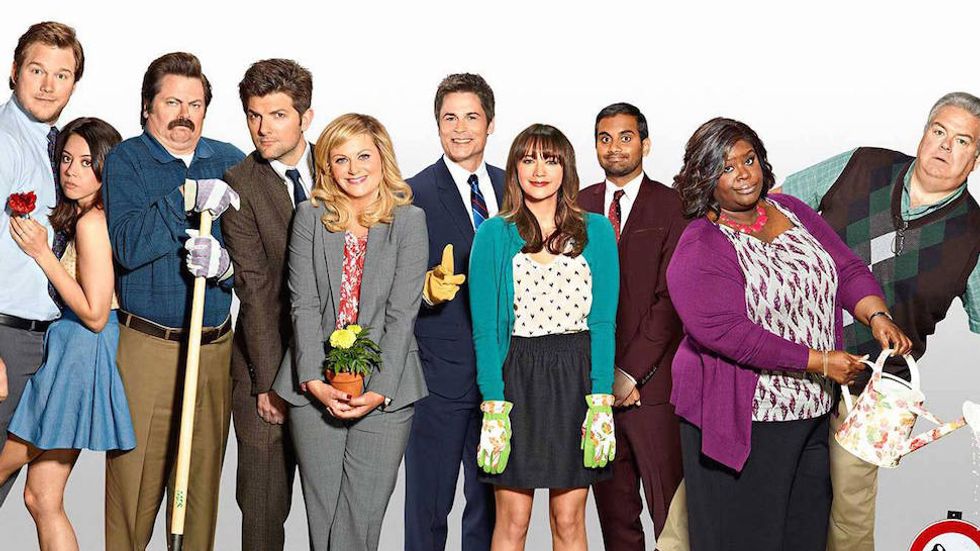 The cast of Parks and Recreation (The Odyssey Online)

Did you get invested in all of the characters of GoT? An equally character driven show but with lighter circumstances, Parks and Recreation is the ultimate binge-worthy show. You'll find yourself just as sad that it's over as you are waiting for Season 8 of GoT. 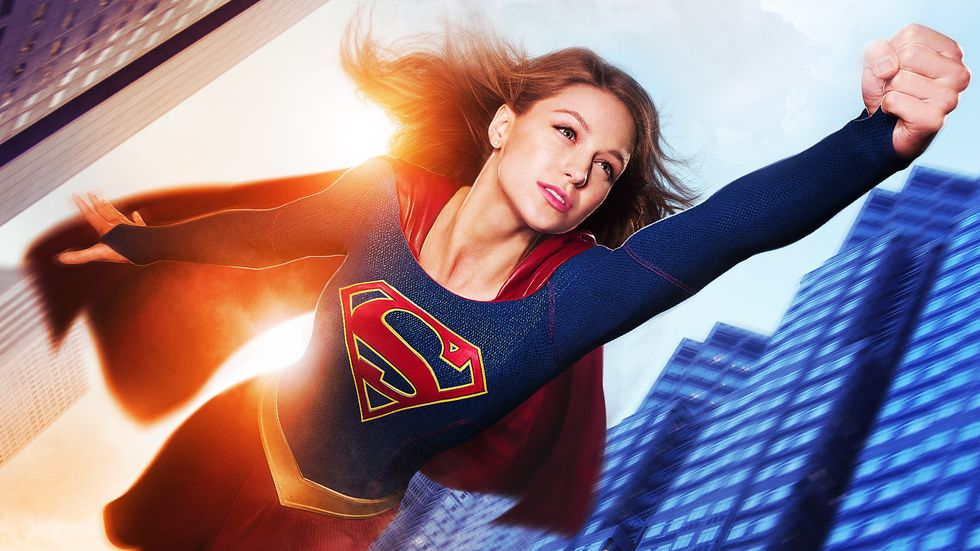 Loved all of the strong female characters in GoT? Supergirl boasts a cast of amazing female leads and just as much action as GoT. The three seasons will pass to quickly. Watch it on Netflix now! 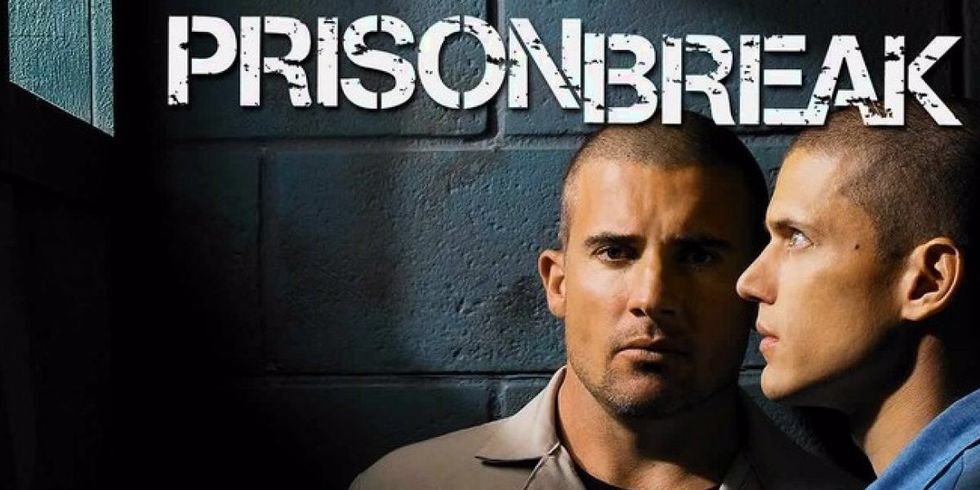 After a several year hiatus, Prison Break is back making it the perfect time for you to jump in. Just as action packed as GoT, Prison Break follows an innocent man on death row and his experiences there.

In the opening pages of The Hitchhiker's Guide to the Galaxy, Earth is destroyed. Now if that doesn't scream 2020 so far, what does?

In Douglas Adams's 1979 novel, which premiered as a radio series on BBC Radio4 in 1978 (42 years ago—but more about the significance of that number later), Earth is suddenly blown up in order to make room for an intergalactic superhighway. Now, in a year that has—after only 3 months, people—given us a contentious, confusing democratic primary, the death of Kobe Bryant, new and worsening facts about our climate and habitat at large, appalling leadership, and of course the rapid spread of and global shutdowns by the coronavirus (COVID-19), it seems impossible to turn to any source for comfort.

Enter The Hitchhiker's Guide to the Galaxy: a novel that starts with the global annihilation that we might be heading for and then follows the characters as they cope with new realities, with isolation and loss, an endless information source that brings with it endless anxiety, and an egomaniacal, arrogant, selfish, attention-craving president of the galaxy.