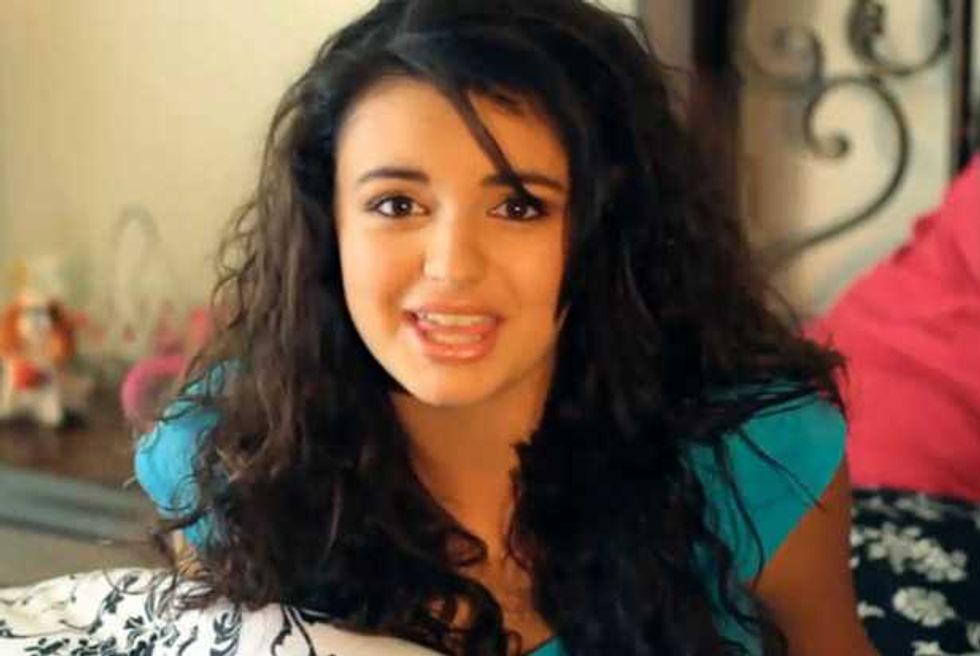 Every major sport has those kind of milestone numbers that once you reach, no matter what else happens in your career, you're already a Hall-of-Famer. Three-thousand hits in baseball. Twenty-thousand points in basketball. Five-hundred goals in hockey. And on the battlefield of the internet, it's 100 million views on YouTube that more or less assures you the same sort of immortality. Rebecca Black, unknown to the world just one month ago, is now less than three million views away from reaching the nonuple-digit club, currently exclusive to just 41 videos in the history of virality, with her sensational "Friday." Tweeted 'Becca in anticipation of the landmark:

Clearly, Rebecca walks among the greats now. However, she still has an awful long way to go before matching her beloved Justin Bieber for all-time top honors, as his "Baby" video still stands as the all-time 'net champ with an unheard of 513,945,043 views, nearly 150 million more than his nearest competitor (Lady Gaga's "Bad Romance"). In fact, even The Bieb's fifth-most-popular video, "One Less Lonely Girl," still has about 20 million views on "Friday." Still, there's no doubt that Black, just a 13-year-old girl from Anaheim Hills with a song in her heart and a check from her parents in her back pocket, will be happy just to be mentioned in the discussion with such a legend. Not everyone gets to be Ty Cobb or Kareem Abdul-Jabbar.