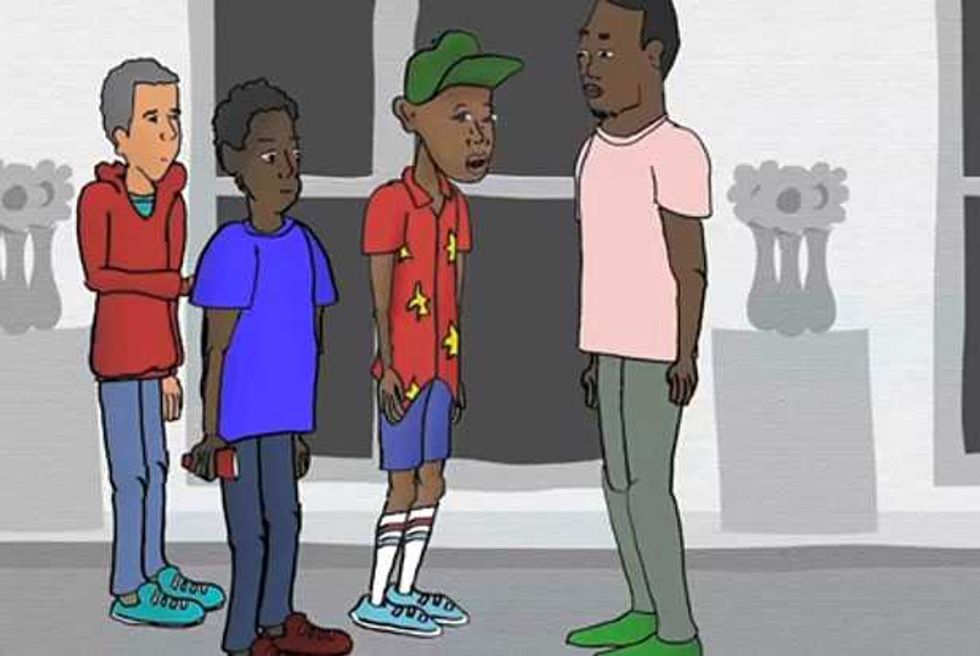 VICE Magazine and animators (we think) Project X have come together to bring some of our greatest pop stars' greatest nights out to life in glorious sound and vision. You knew that Odd Future capo Tyler, the Creator would have a pretty good Craziest Party Ever story, and it does not disappoint, as the Fucking Table discusses attending a party at a swanky Malibu mansion, filled with passed-out chicks, vomit everywhere, and even "shit on the couch"—literally, if his story to be believed. The story gets real as Tyler discusses two partygoers getting into a fight, with one threatening to go get his machete (and then actually doing so), eventually getting the mansion swarmed with police and forcing Tyler and friends to flee—but not before swiping something for his troubles.

It's a fun video, and really, we'd listen to just about anything that Tyler narrated. He has a real future doing History Channel voiceovers and the like if this whole hip-hop anarchy thing doesn't work out for him.