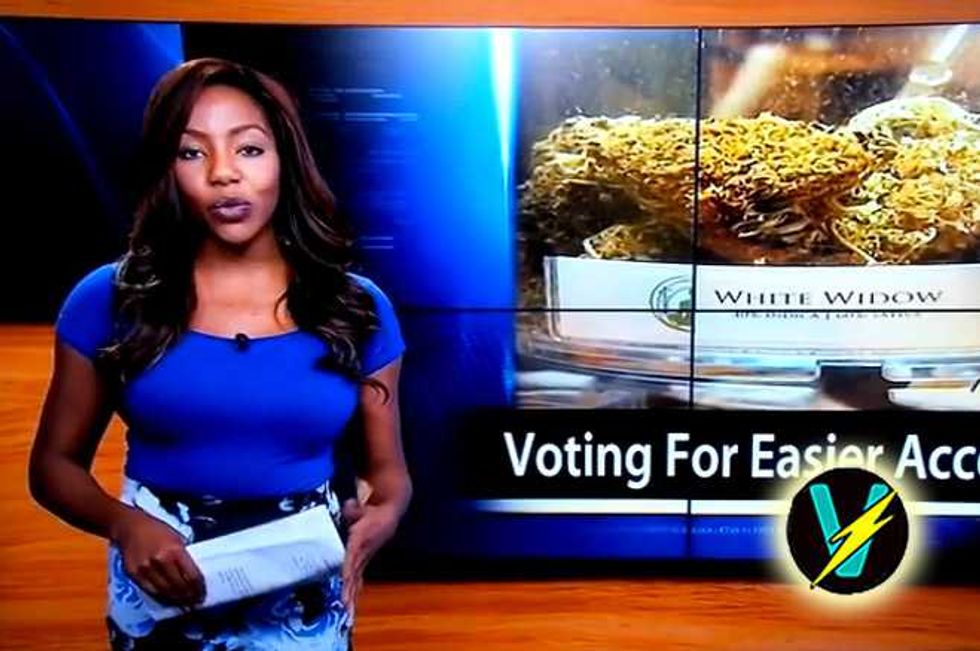 A reporter from KTVA, Alaska, revealed she runs a cannabis club and then quit live on air in spectacular fashion.

Charlo Greene was mid-segment—reporting on the fight to legalize marijuana—when she announced she was sick of reporting the news, vowing instead to devote all her energies into the fight herself, before declaring, “fuck it!”—Popdust has video.

"Now everything you heard is why I, the actual owner of the Alaska Cannabis Club, will be dedicating all of my energy toward fighting for freedom and fairness which begins with legalizing marijuana here in Alaska,” Greene said, continuing to her jaw dropping pièce de résistance, “And as for this job, well, not that I have a choice but, fuck it, I quit."

The only thing better than Greene’s unexpected resignation, was the reaction of the flabbergasted news anchor who had the unenviable task of attempting to follow her colleague’s F-bomb F-U.

If you’re going to go out, go out in style folks.