Rihanna Goes Off On Ridiculous Dutch Magazine And Its Ridiculous Slur 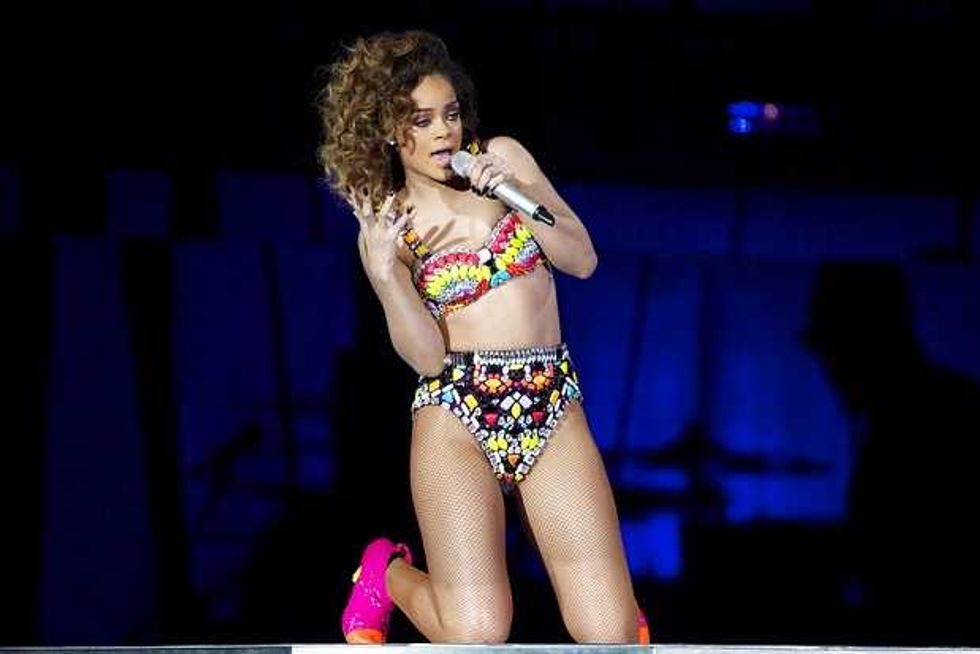 Shall we start this morning off with a good, angry rant? A rant with purpose, though. A justified rant. Specifically, one by Rihanna, who has excellent grounds to rant for a long time thanks to a certain Dutch magazine that called her a certain racist and sexist term, one squished-together blob of why the hell would you do that not at all helped by the "but it was a joke!" explanation. But don't take our word for it. We're not the ones being insulted here--that would be Rihanna. She said over Twitter:

I hope u can read english, because your magazine is a poor representation of the evolution of human rights! I find you disrespectful, and rather desperate!! You ran out of legit, civilized information to print! There are 1000's of Dutch girls who would love to be recognized for their contributions to your country, you could have given them an article. Instead, u paid to print one degrading an entire race! That's your contribution to this world! To encourage segregation, to mislead the future leaders to act in the past! You put two words together, with the intent of abasement, that made no sense..."N---A BITCH"?!....Well with all respect, on behalf of my race, here are my two words for you...FUCK YOU!!!