Robert Pattinson Is Most Romantic Boyfriend Ever, So In Love With FKA Twigs 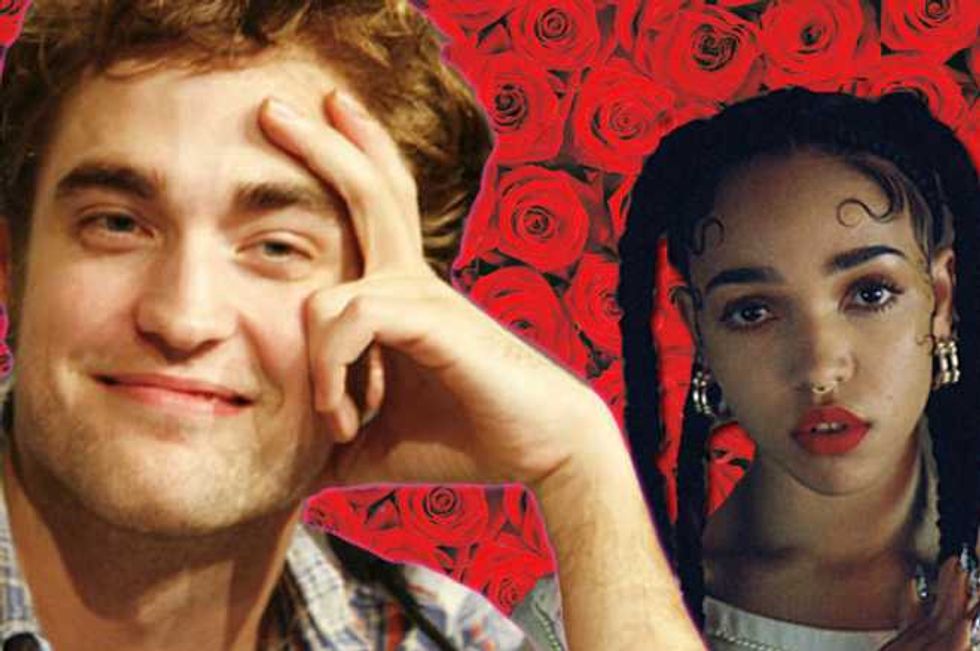 Robert Pattinson's resemblance to Edward Cullen is so ridiculously accurate (aside from the whole Undead thing) that FKA Twigs is a lucky, lucky girl.

Rob went to support his girlfriend as she played a sold-out show in NYC on Saturday night, and couldn't take his eyes off her.  He even presented her with a gorgeous bouquet of roses before they headed off for the after party together.

An Us Weekly eyewitness says Rob looked completely smitten with his lady as she performed:

"The hunk, perched on the second floor of the venue, was intensely watching the singer with a 'loving' look in his eyes -- a feeling he later expressed by giving twigs a romantic gift.  Pattinson presented the 'Two Weeks' singer with a dozen long-stemmed red roses in celebration of her successful show. She was seen cradling the flowers in her arms as she and her beau left the show. Insiders tell Us they subsequently went to an after-party to celebrate."

I mean he is just SO FUCKING SWEET, isn't he?

"He loves her voice, he loves her sense of style as well, how unique she is," a source said. "She's a cool girl. His friends are much happier with him in this relationship than some of the others."