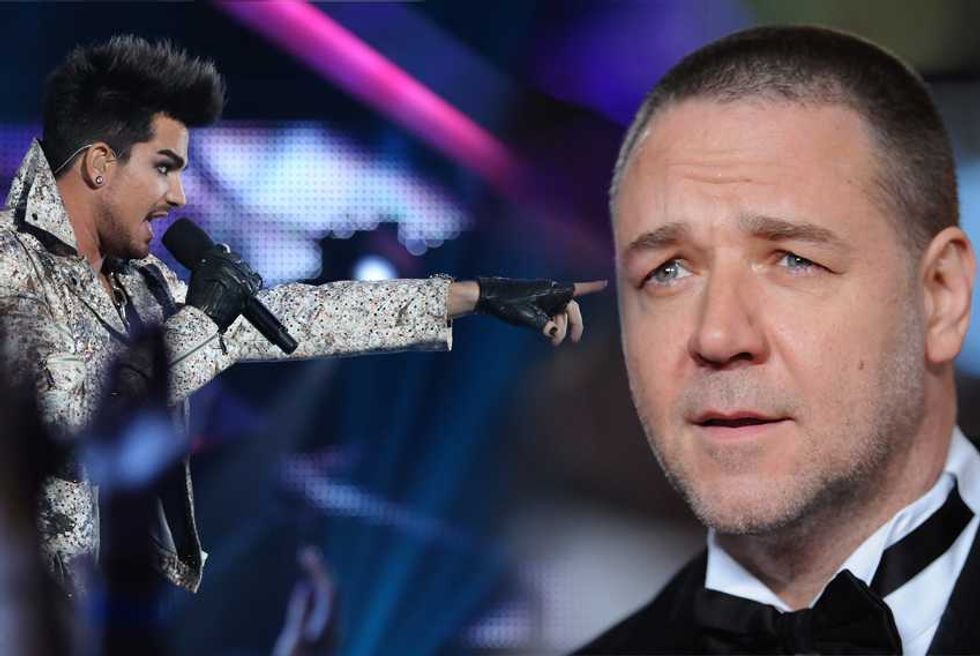 Musicians and celebrities, as a rule, are not ones to take slights lightly. Too surrounded by sycophants and lackeys, they live their lives in a bubble of reassurance that their ways are right and true. When this bubble gets popped by a bit of uncomfortable criticism, the results can be very ugly indeed.

Which is why it's so refreshing to see Russell Crowe, never a celebrity to be mistaken for a Quaker, brush his shoulder off after Adam Lambert took aim at the singing in Les Miserables on Twitter. Lambert, probably the biggest Broadway fan on the pop charts, disapproved of director Tom Hooper's decision to have the actors in the film sing live, and he let his 1.8 million Twitter followers know:

...it's an opera. Hollywoods movie musicals treat the singing as the last priority. (Dreamgirls was good)

Anne Hathaway as Fantine and Enjolras were the exceptions for me.

Helena B Carter and Sasha B Cohen were great too.

And I do think it was cool they were singing live- but with that cast, they should have studio recorded and sweetened the vocals.

The industry will say "these actors were so brave to attempt singing this score live"but why not cast actors who could actually sound good?

Sorry for being so harsh but it's so True!

Of all the cast, it's Crowe who's come under the most fire for his vocal performance in the film, and though Lambert never mentioned him by name, it was widely assumed his remarks were aimed at the film's inexperienced Javert. Because this is Twitter, some fans decided to ask Crowe what he thought of Lambert's criticism. Would this famously pugnacious Aussie strike back in kind?

@brunettemom123 @adamlambert I don't disagree with Adam,sure it could have been sweetened,Hooper wanted it raw and real,that's how it is

Crisis averted! Either Russell Crowe is mellowing in middle age, or Adam Lambert is too big a fish in the Broadway musical theater community to be messed with.