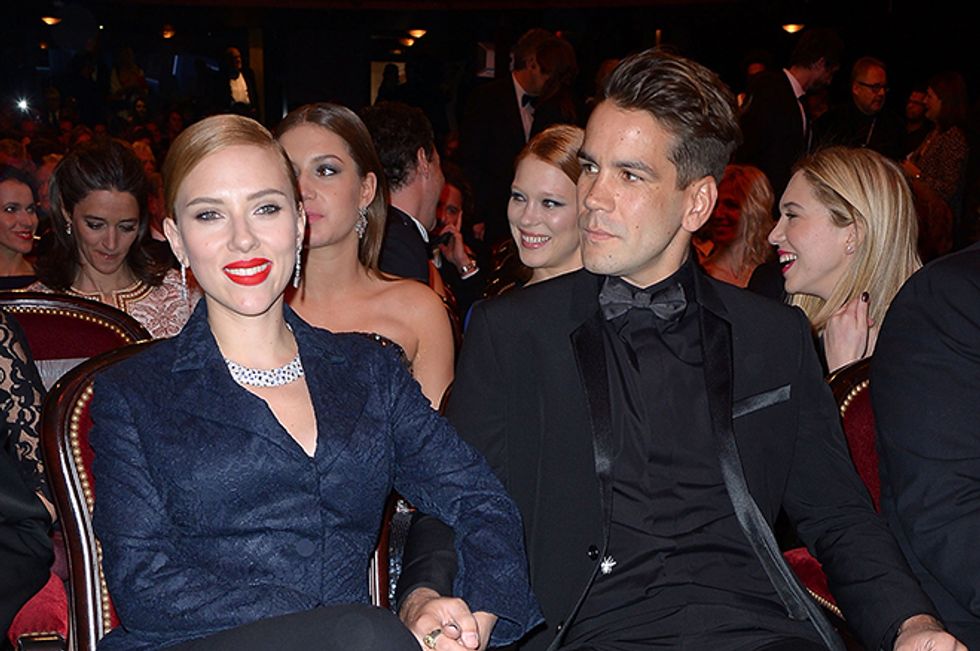 Awww… Scarlett Johansson is going to be a mom!

The 29-year-old is pregnant with fiancé, Romain Dauriac’s baby—and Popdust has details.

According to reports, the actress is “roughly five months pregnant.”

Johansson and Dauriac, a French journalist, announced their engagement last September, but despite the impending pitter patter of tiny feet the couple is in  no rush to walk down the aisle, TMZ reports.

Scarlett was previously hitched to Ryan Reynolds, they divorced in 2011 after three years of marriage.