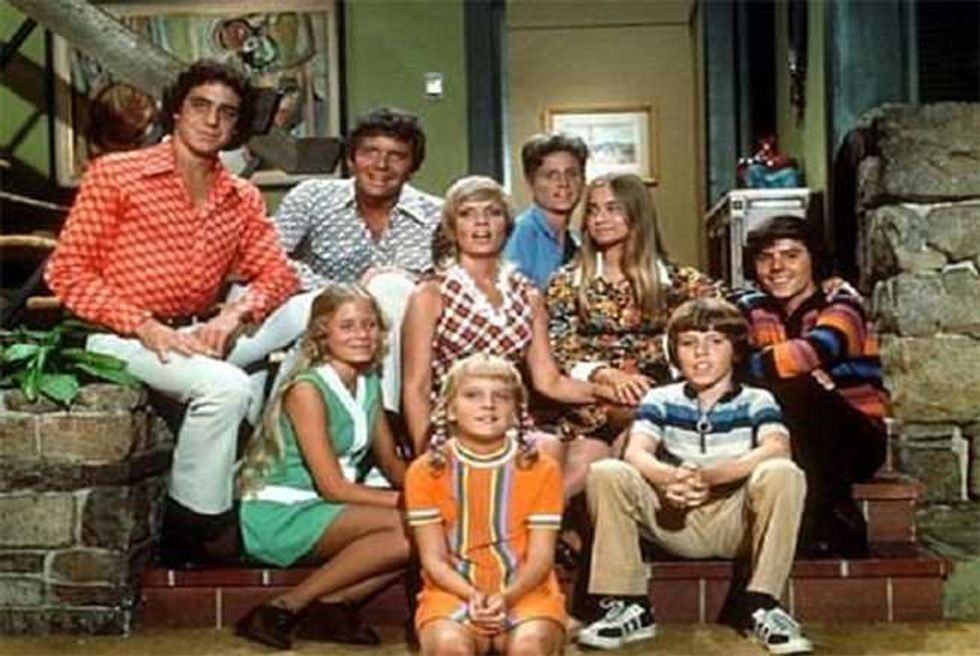 Susan Olsen is spilling some behind the scene secrets about The Brady Bunch.

The 53-year-old, who played Cindy on the1970s’ show, sat down with news.com.au to dish the dirt—ahead of her appearance at the Supanova pop culture expo this weekend.

What will probably come as no great shock to fans of the sitcom, is that pretty much all of the actors ended hooking up with one another at some point during the show’s four-and-a-half-year tenure.

Olsen admits that she used to make out with Mike Lookinland—who played Bobby—in the doghouse when they were nine.

She goes on to claim that Eve Plumb, who played Jan, hooked-up with Christopher Knight, who played Peter—and that Barry Williams, who played Greg, tried, unsuccessfully, for years to hook up with Florence Henderson, who played Carol, despite being involved in a sporadic longterm relationship with Maureen McCormick, who played Marcia.

What’s slightly more surprising, is Olsen’s claim that the cast made next to no money for their work throughout the five seasons of the show.

“We even had to pay for our own parking in the first season,” she says. “They wouldn’t let us drive onto the lot. We earned very, very little.”

Then, there’s Olsen’s allegation that McCormick used to go shoplifting with her pal, Susan, a member of the family band The Cowsills, whom the Partridge Family was based on.

“They used to go shoplifting just as a sport and one day they got caught and Maureen bolted and hid in a car for hours and let Susan take the rap for it,” she claims.

Finally, Olsen cops to (kinda, sorta) being a drug dealer in real life!

“I guess technically [I was a dealer], but I was really a [marijuana] grower,” she says. “My husband at the time and I grew it hydroponically.

"I have never really enjoyed smoking it, it makes me very paranoid. But it was my husband’s idea.

“It was really fascinating and I’ve always been into ‘gardening’ and it’s such a complicated, wonderfully fascinating plant. But that was one of the reasons why I did leave my husband, because it just bothered me too much that we were doing something so illegal.” 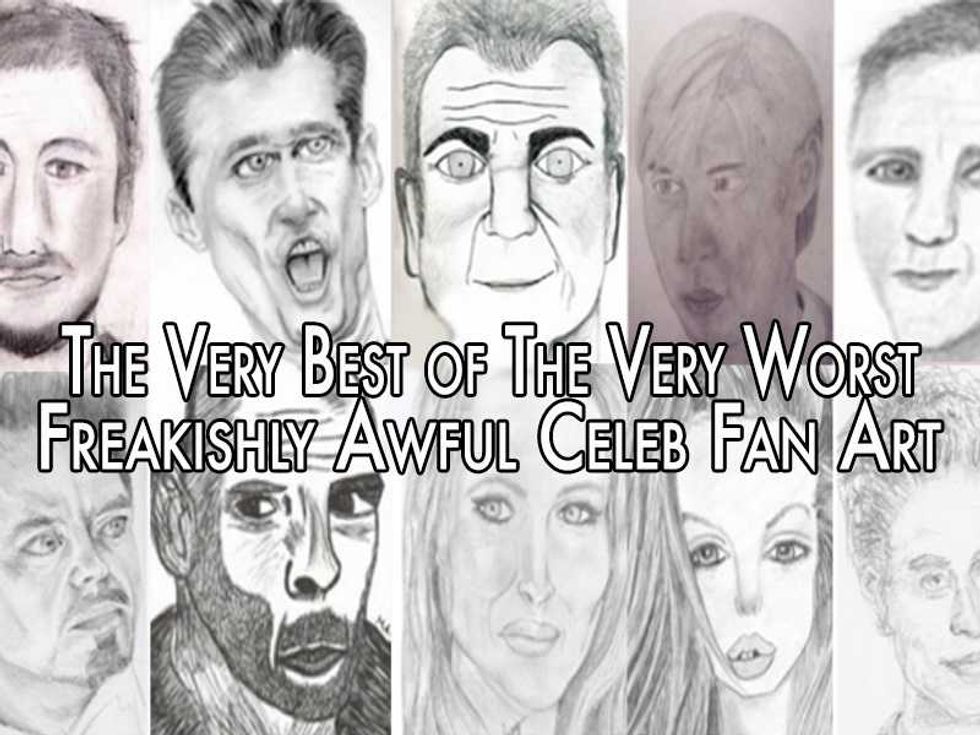 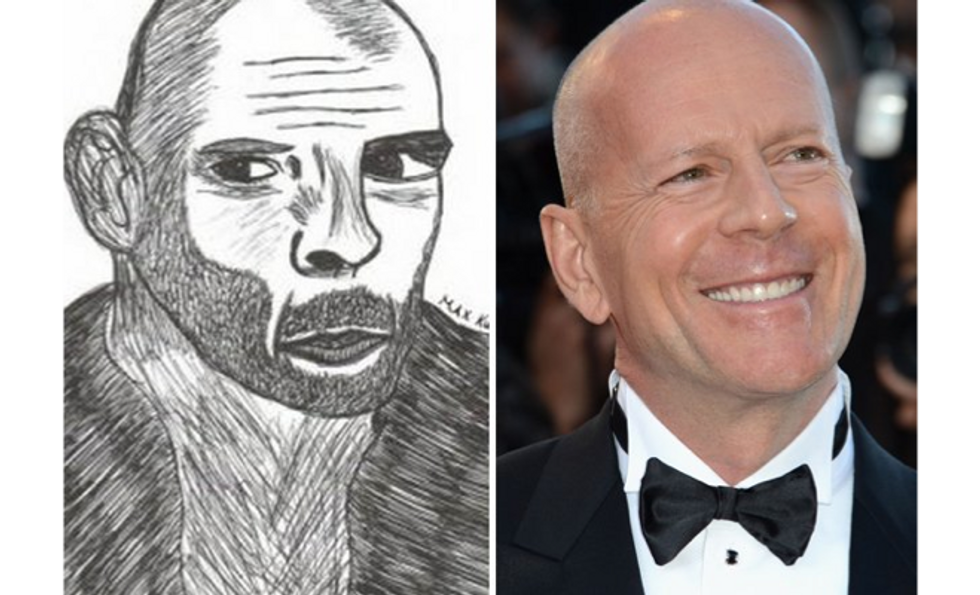 Previous Next
Bruce Willis...or an ape? 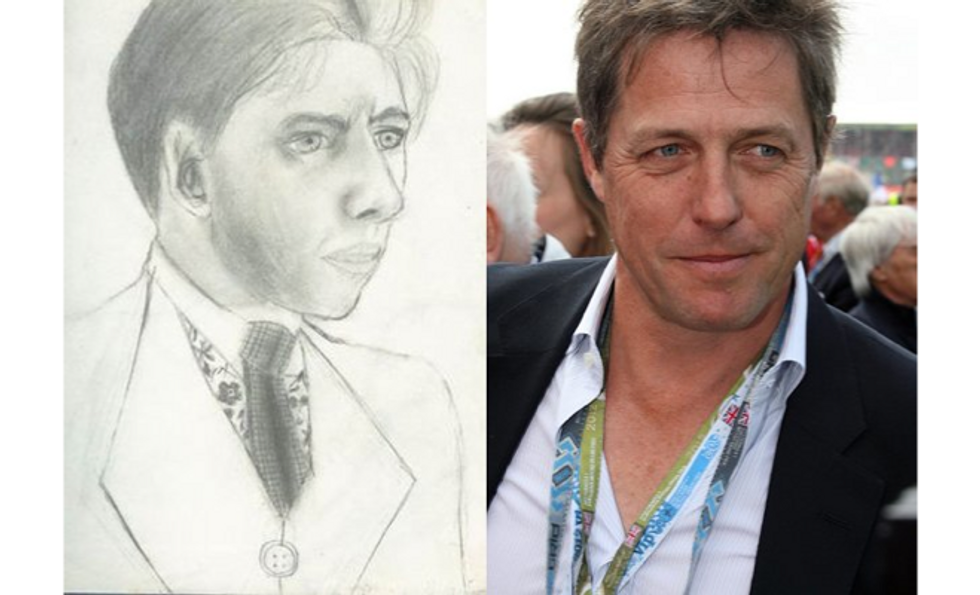 Previous Next
Hugh Grant looks much more British than he looks in real life in this drawing. 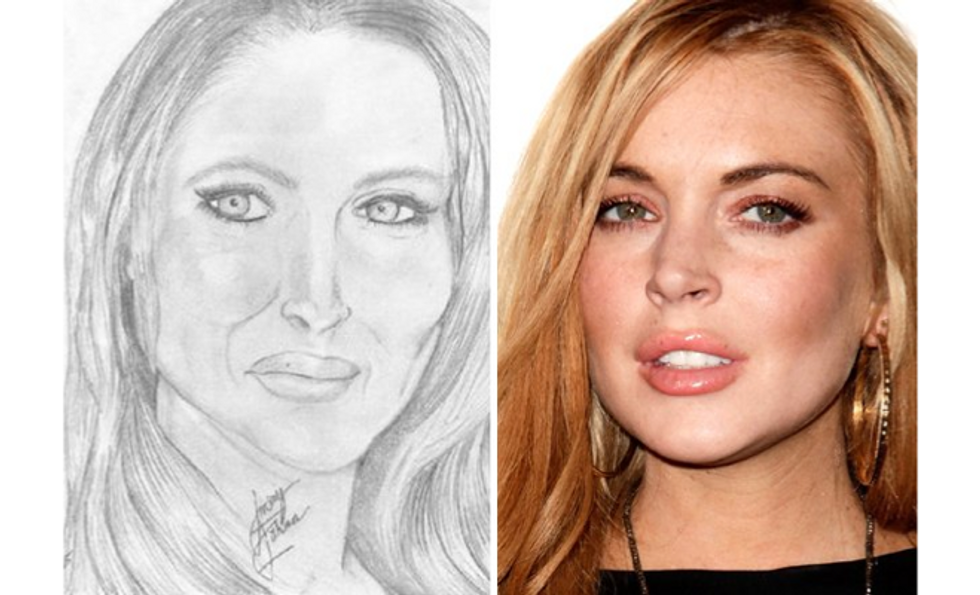 Previous Next
I know that Lindsay Lohan looks WAY older than she actually is, but she looks about 49 in this depiction. 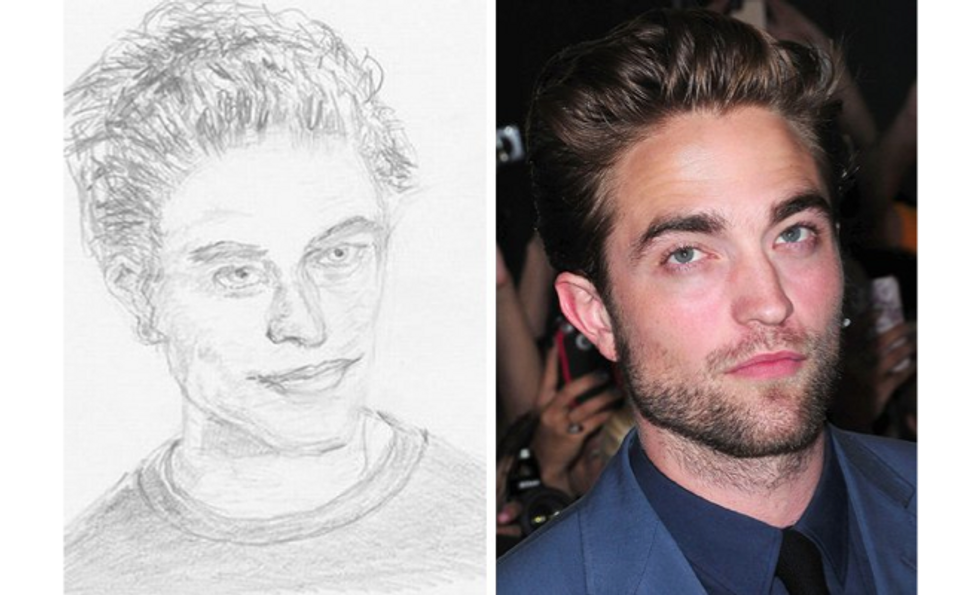 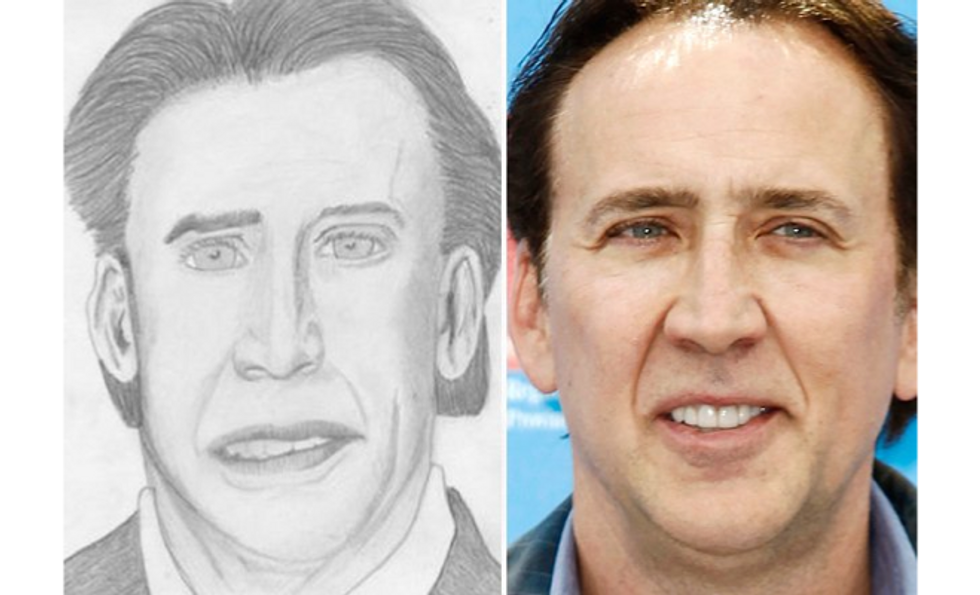 Previous Next
Nick Cage probably has this hanging on his fridge. 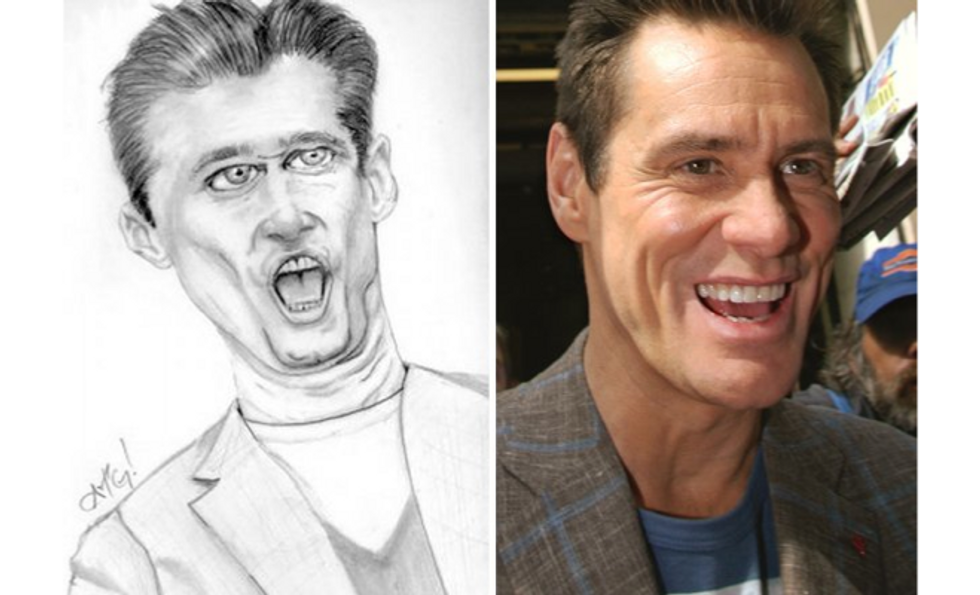 Previous Next
Jim Carrey looks truly creepy a lot of the time, so I kind of dig this drawing, which looks nothing like him really, but is totally creepy. 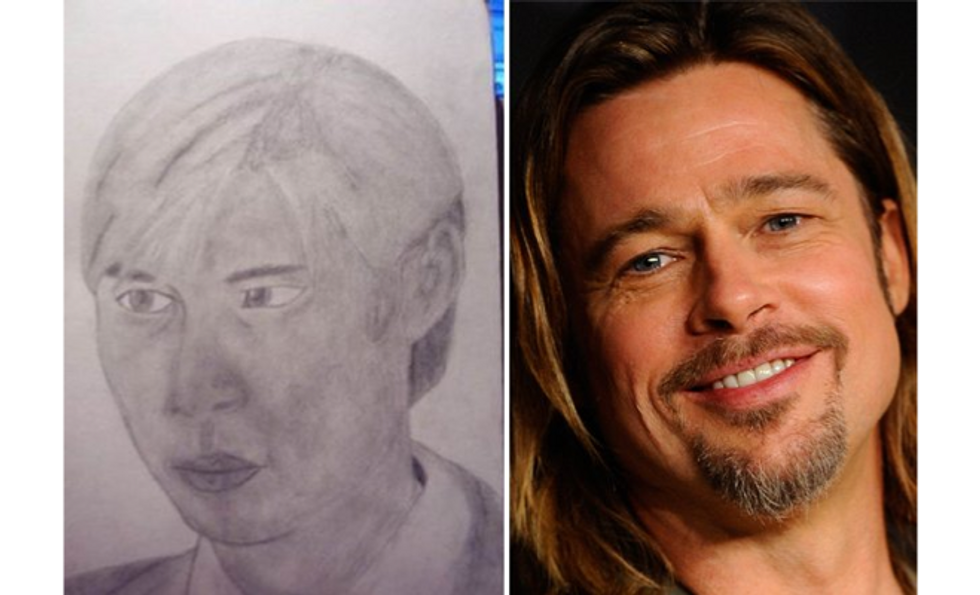 Previous Next
Apparently Brad Pitt looks Asian to some... 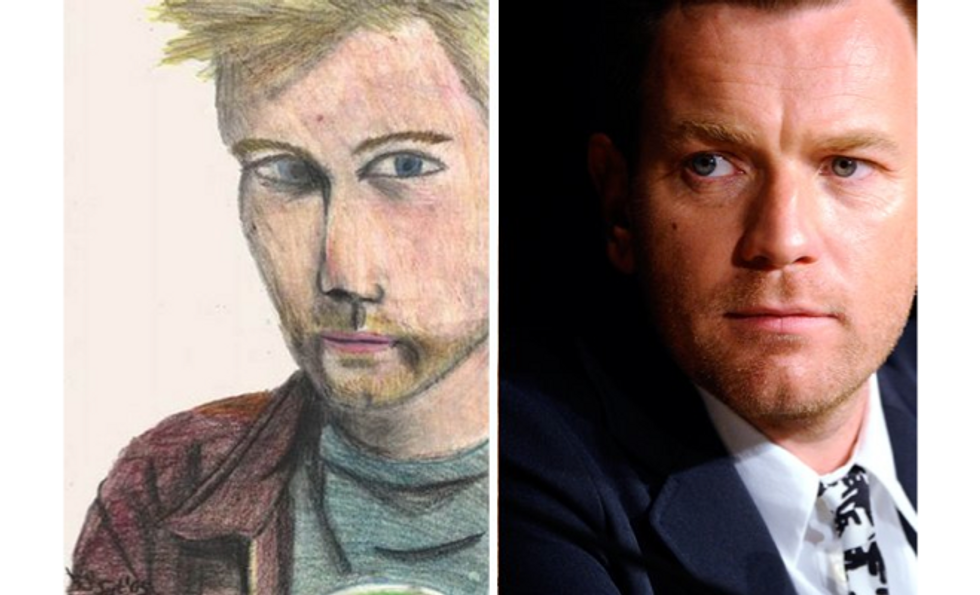 Previous Next
It took me awhile to figure out that this was Ewan McGregor. 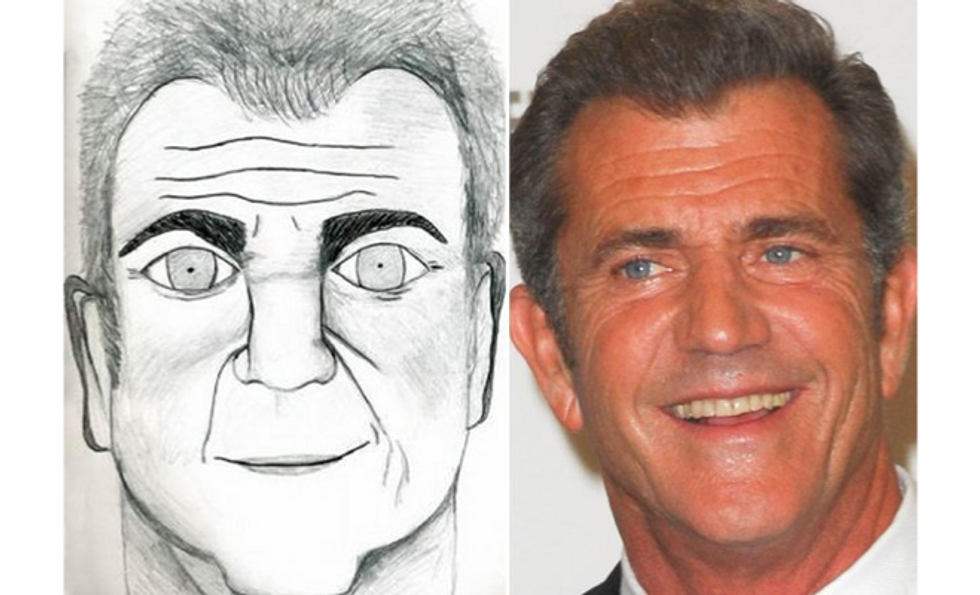 Previous Next
Mel Gibson has never looked to much monster-like since the whole audio tape scandal. 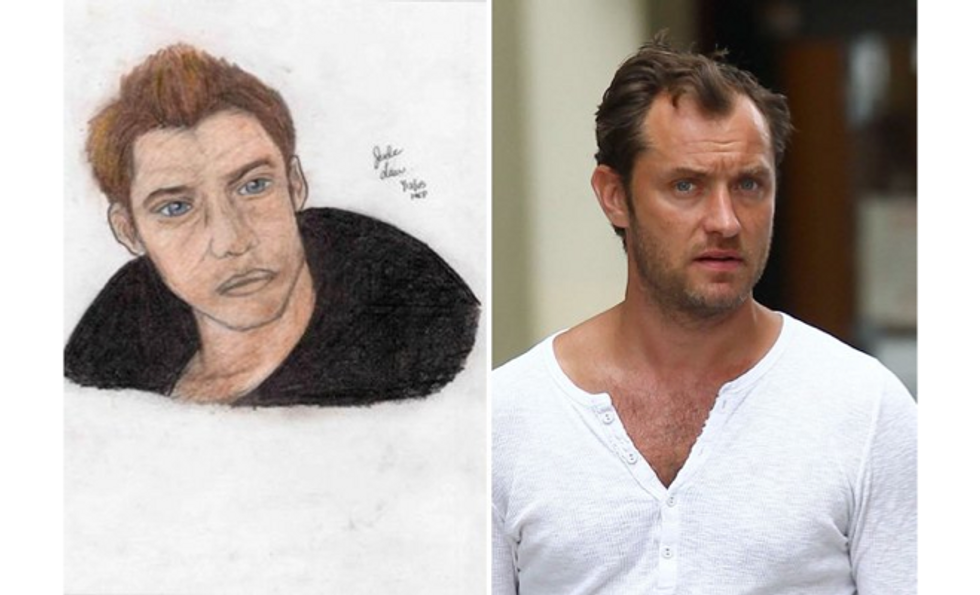 Previous Next
Jude Law is such a babe, right? 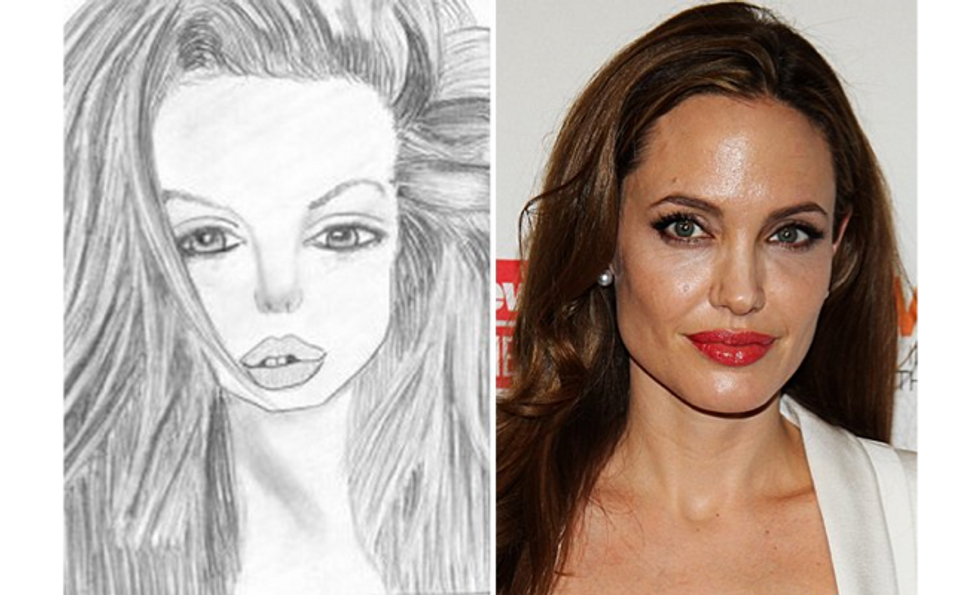 Previous Next
At least this person figured out that Angelina Jolie has big lips, but that's about the only similarity i can find in this drawing. 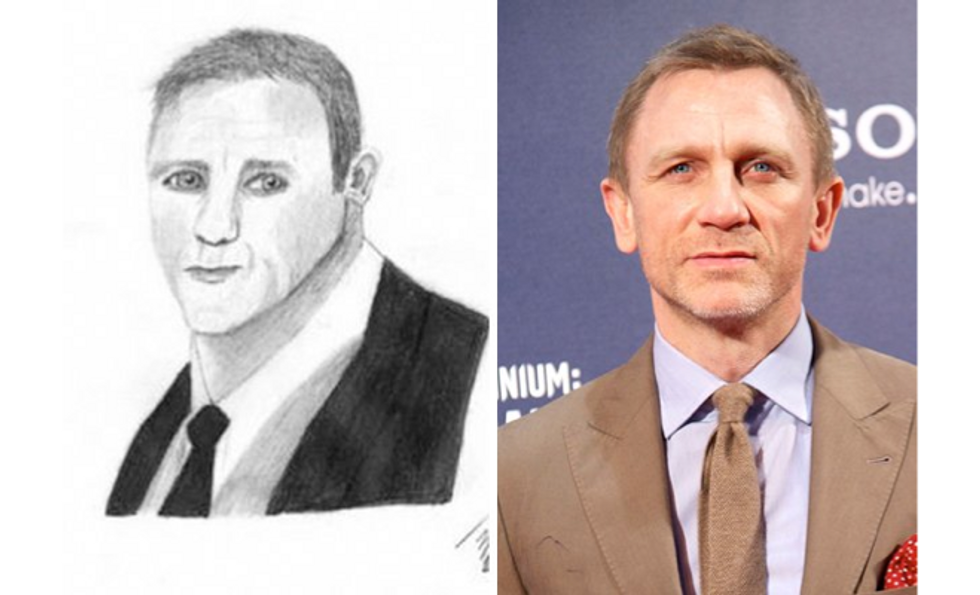 Previous Next
Daniel Craig. If he was an ugly bodybuilder wearing a suit. 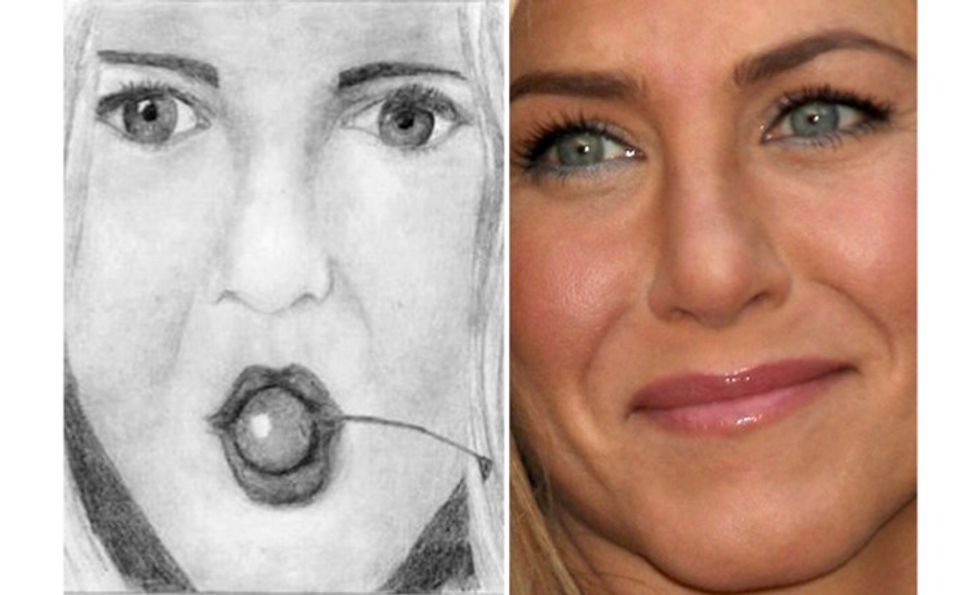 Previous Next
Jennifer Aniston with a cherry in her mouth. How lovely. 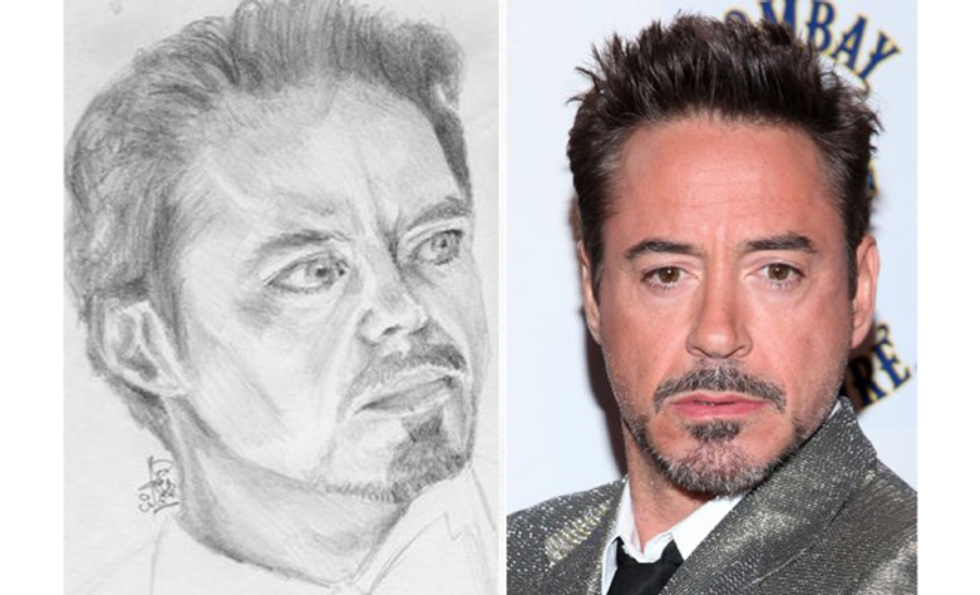 Previous Next
To me, this drawing is WAY more Leonardo DiCaprio than Robert Downey Jr. 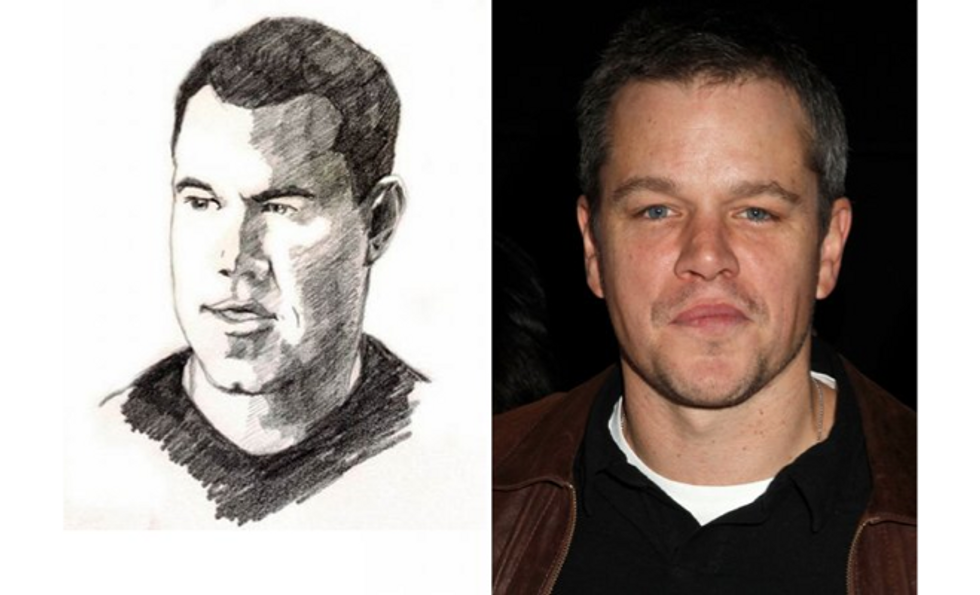 Previous Next
Matt Damon. If he looked like a cross between Josh Brolin and Channing Tatum. 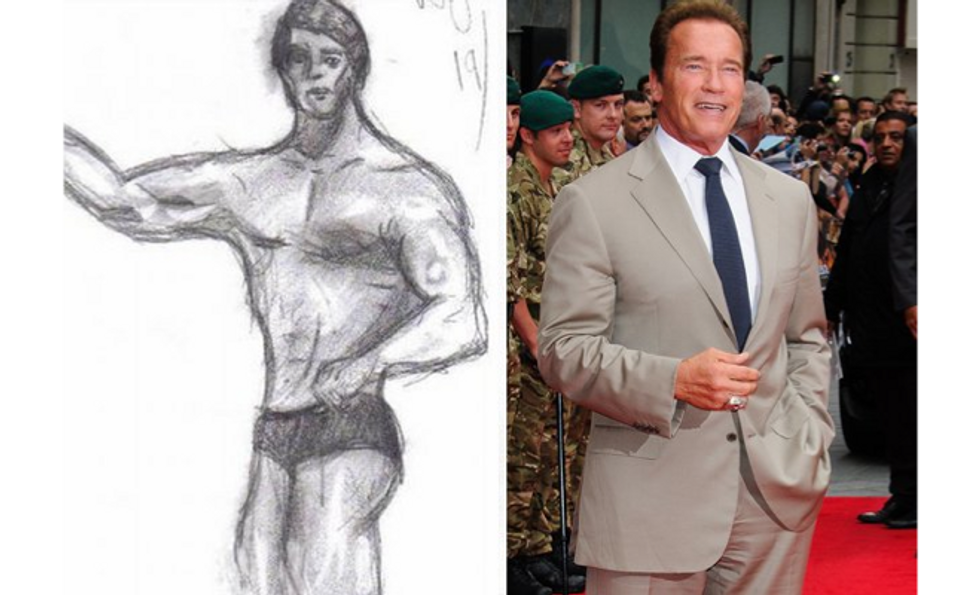 Previous Next
An abstract sketch of Arnold Schwarzenegger. 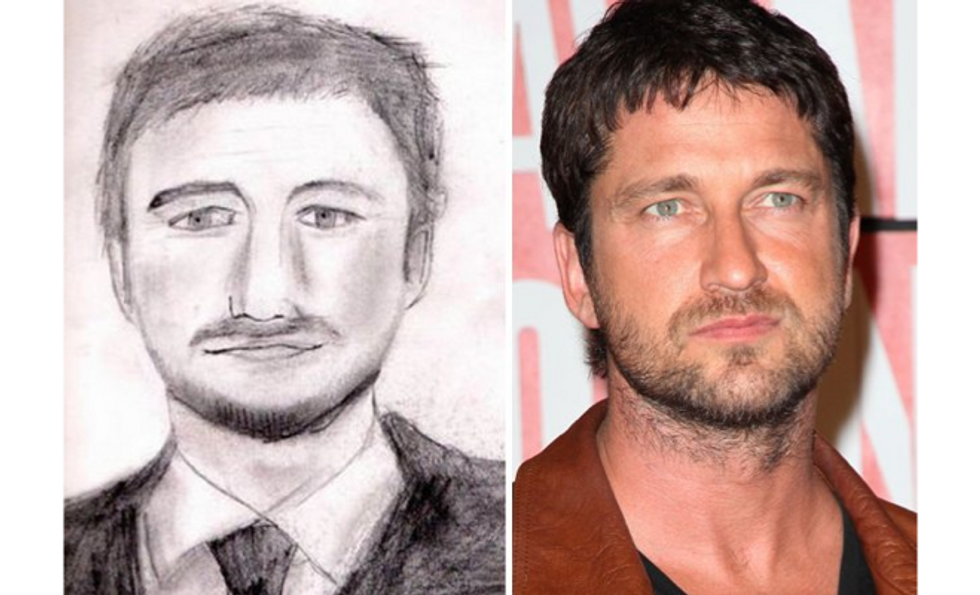 Previous Next
Gerard Butler on a bad day. 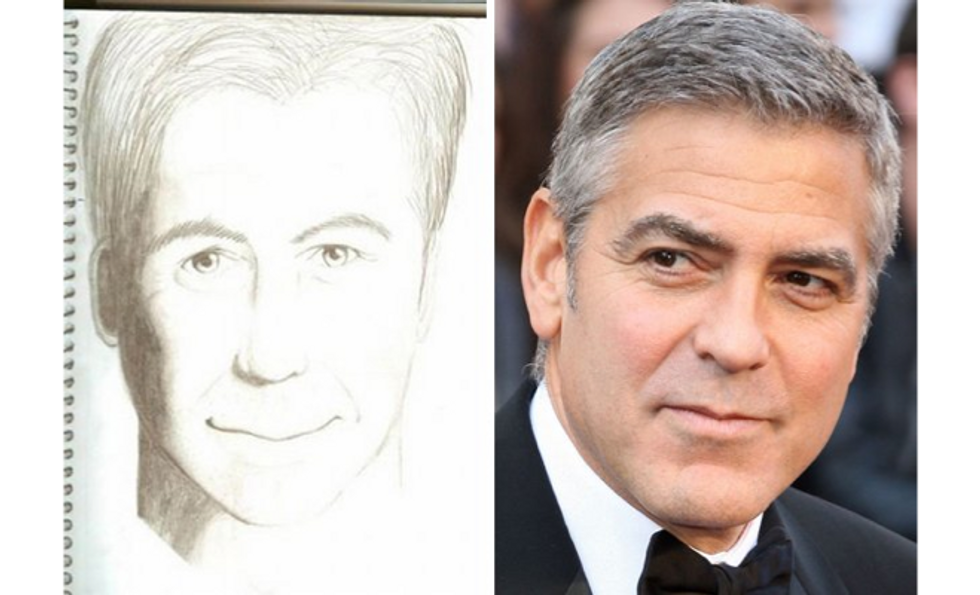 Previous Next
Really??? This is supposed to be George Clooney. 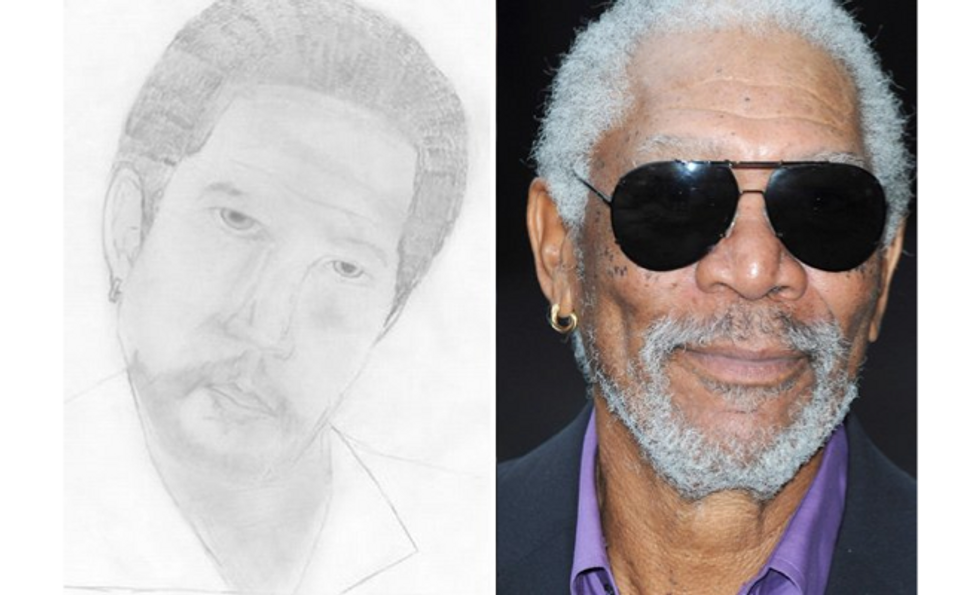 Previous Next
Morgan Freeman in another lifetime. 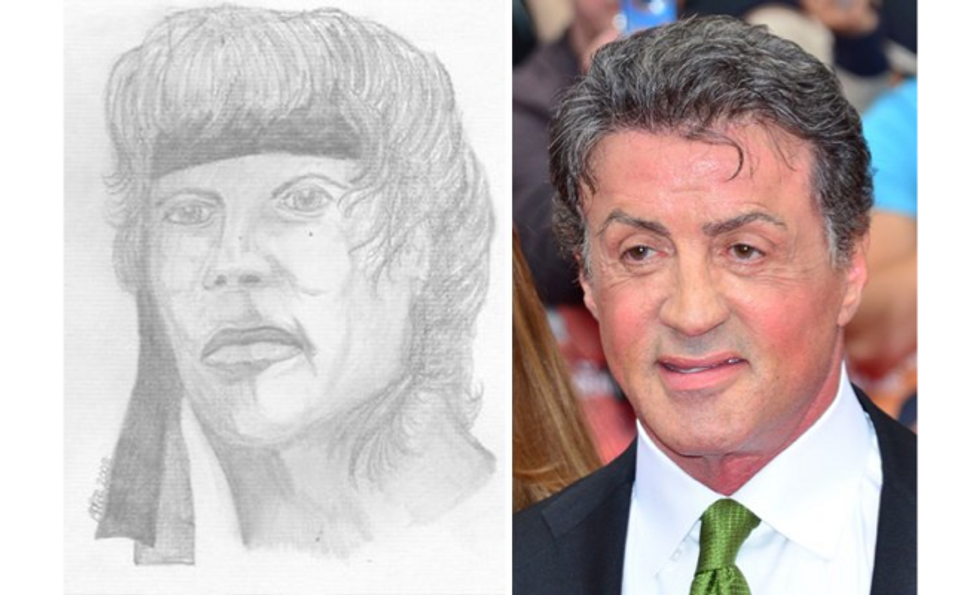 Previous Next
That looks as much as Rambo as much as it does Lindsay Lohan.
honne