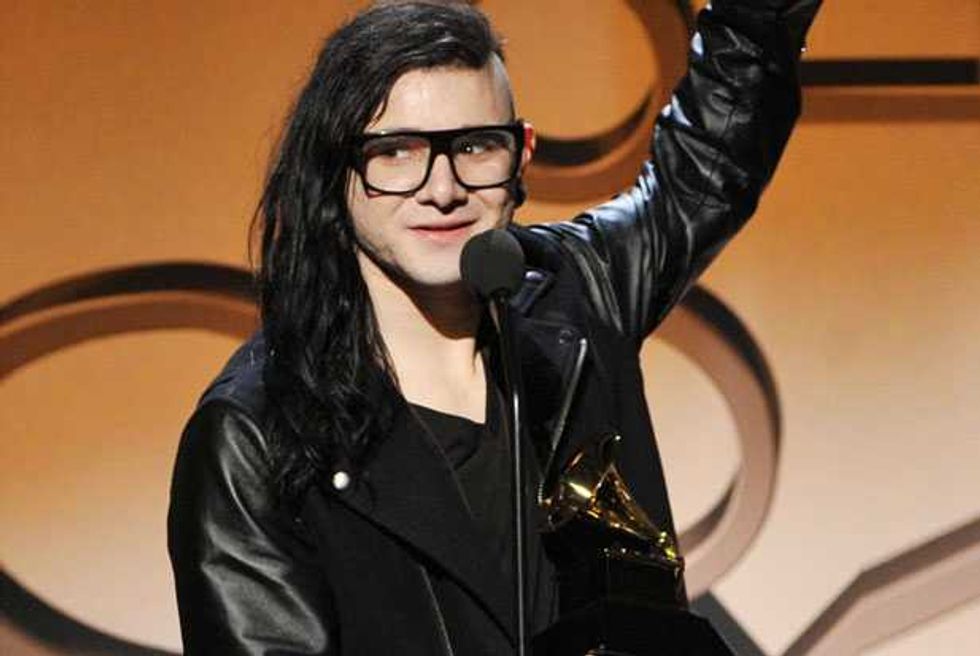 Well, this ought to take a little bit of the edge off for tonight's awards. Two of the ceremonies' more, let's say, combustible big nominees have already secured a trio of Grammy wins each. Skrillex, dubstep wunderkind and unexpected Best New Artist nominee, has won a pair of trophies for his "Scary Monsters and Nice Sprites"—Best Dance Recording for the song, and Best Dance/Electronic Album for the EP of the same name, and Best Remixed Recording for his edit of Benny Benassi's "Cinema." Meanwhile, Kanye West, who already has a staggering 14 Grammys to his name, has added three more—two for hit "All of the Lights" (Best Rap/Sung Collaboration and Best Rap Song), and a third for album My Beautiful Dark Twisted Fantasy (Best Rap Album).

That eliminates at least two of the possible subplots for the evening—what possible displays these guys could put on if they got shut out—but we begrudgingly accept that it might be fair for them to be so rewarded for their excellent 2011s. Sing it with us now: "Cop lights, flash lights, spot lights, strobe lights..."