Stars Chill Out, Get Their Swag On, Before The Emmys At Backstage Creations Retreat 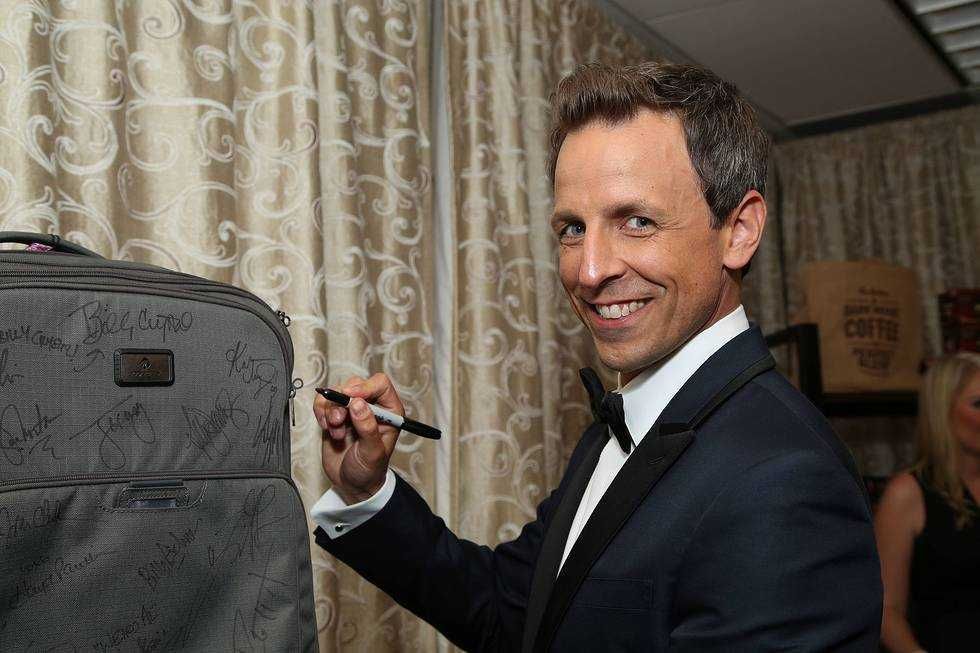 The Emmys might have been moved to a Monday this year, but that didn’t stop the stars from coming out in full force, and many of them popped into the Backstage Creations Giving Suite before the show.

Among the Hollywood A-listers who visited the retreat at the Nokia Theater in Los Angeles on TV’s biggest night were double-winner Allison Janney, Katherine Heigl, Hayden Panettiere and Mad Men creator, Matt Weiner, who gushed over the  Bartenura and MYX Fusion drinks, saying they were his mother’s favorite!

While host Seth Meyers was practicing his monologue and battling pre-show nerves, his wife Alexi Ashe checked out the Hilton Bora Bora Nui Resort & Spa and said she hopes he takes her there for their wedding anniversary.

Modern Family star Jesse Tyler Ferguson had aspirations closer to home and is eager to go back to La Valenica Hotel in La Jolla, California, while former Grey’s Anatomy star Heigl wants to visit the Richmond Nua Spa in Turkey.

After a long day in high heels, Nashville actress Panettiere immediately took her shoes off and put her feet on the ivory faux sheepskin area rug at the Josh Johnson Home for Softline lounge area. Meanwhile Heigl admired the home décor, saying it was “beautiful.”

Mom Emmy winner Janney was excited to get her caffeine fix from the Tim Hortons coffee bar, revealing, “I haven’t had coffee yet today. I’ve come to the right place."

All the stars who visited the suite got to enjoy products from Bose headphones and Pong cases, Nambe and Lenox home items, designer sunglasses from Ferragamo, Nerium skincare, The Best of TV & Movies trivia game, Waltzing Matilda leather goods plus trips to Richmond Nua Turkey and Bora Bora Hilton and SoCal properties LaValencia and Triada.  They enjoyed treats from Tim Hortons’ coffee bar, Sabra Hummus and Cold Stone Creamery as well as a bar featuring Bartenura and MYX plus KeVita.